EDWARD THE LITTLE PANDA GETS A SURPRISE.

" Thank you Miss Liberty for showing me round the house" said Edward politely
" My pleasure " replied Liberty copying the Little Panda's formal speech " but whats this box still doing here?" 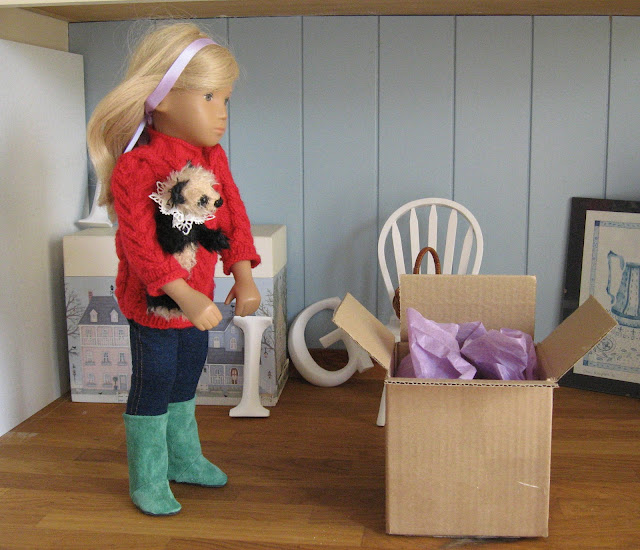 " Surely thats the box I arrived in!" declares Edward 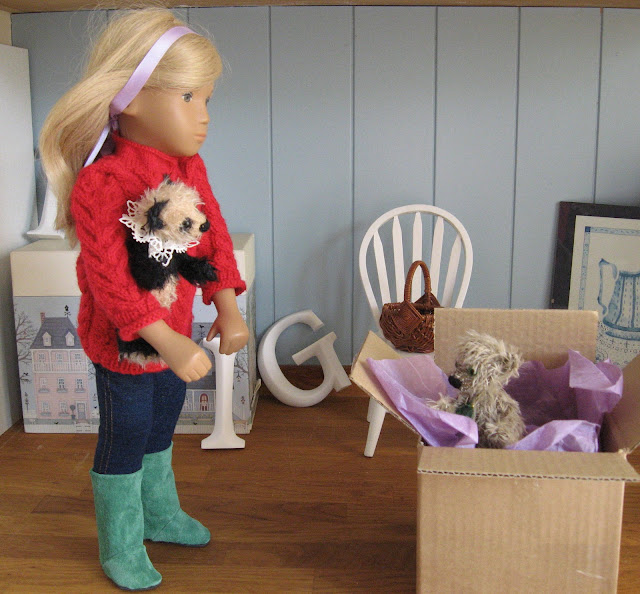 Suddenly a little grey bear appeared
" Oakey push me higher! I cannot get to the edge!" 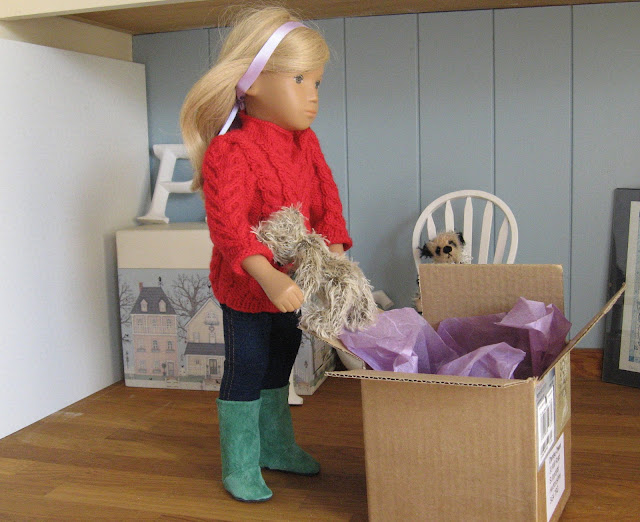 Liberty quickly places Edward on the chair and hurries back to help the little bear out of the box. 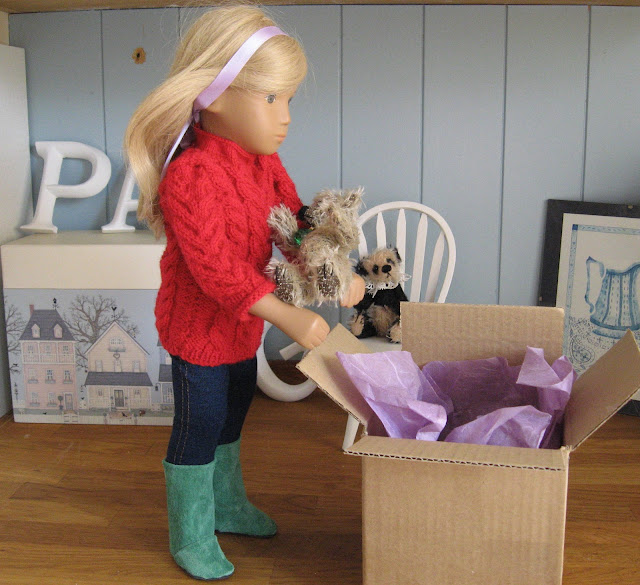 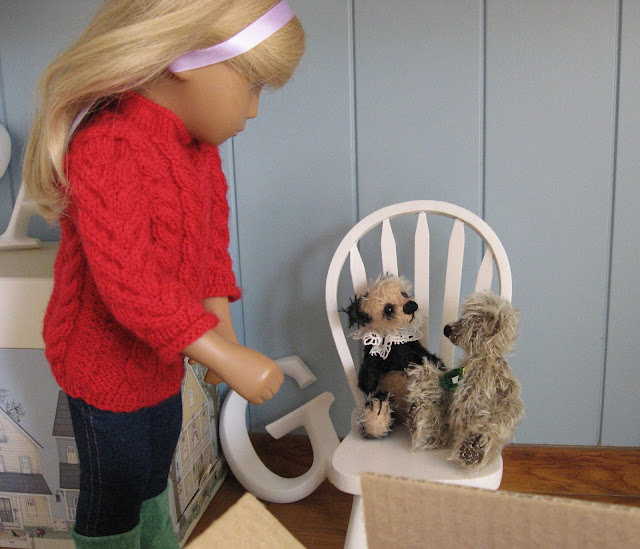 " Hello Edward" says the little grey bear
" Good Afternoon Mossy, can I ask what you are doing here?"
" Well the lady wanted a little bear for a rattle and she could not decide which one to buy so she bought
us both"
" A rattle?" asked Edward mystified " and what do you mean both?" 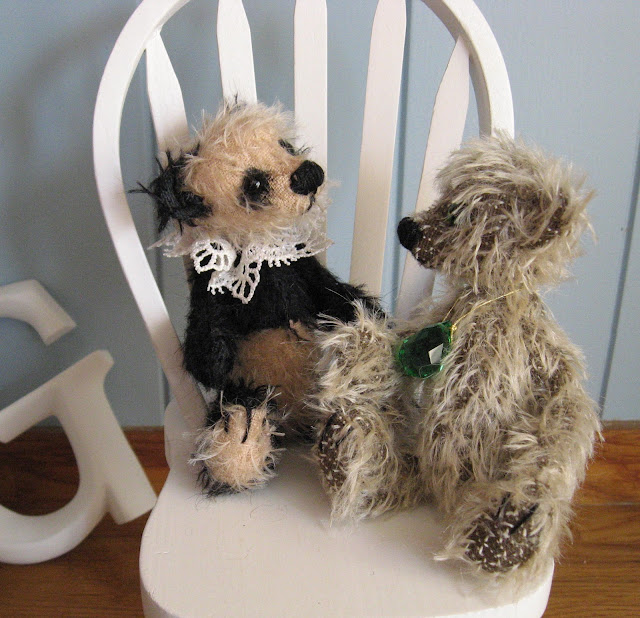 " Whats the food like here?" asks Mossy " I'm starving!"
" Well the Bamboo sandwiches are not up to much" sighs Edward
" Bamboo! I want lovely Honey in my sandwiches..you are one odd bear!"
" I am NOT a bear I am a Panda" says Edward stiffly

" Excuse me but when you have finished discussing your lunch could someone help me out?" 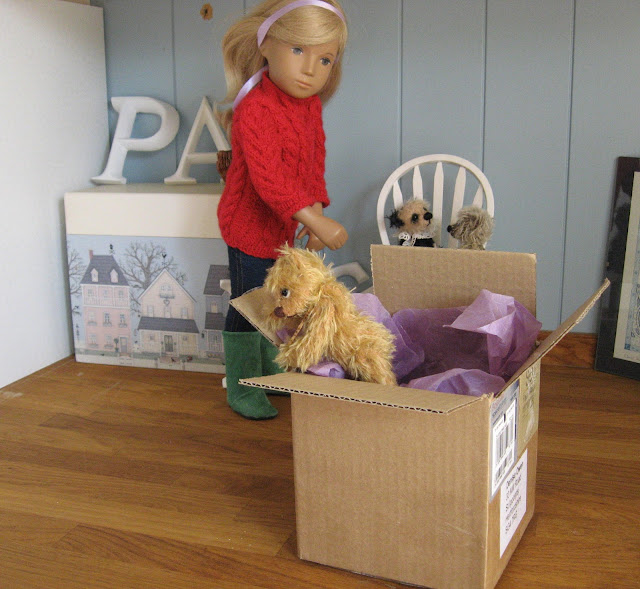 " Oh another one " exclaims Liberty rushing over to help the little bear. 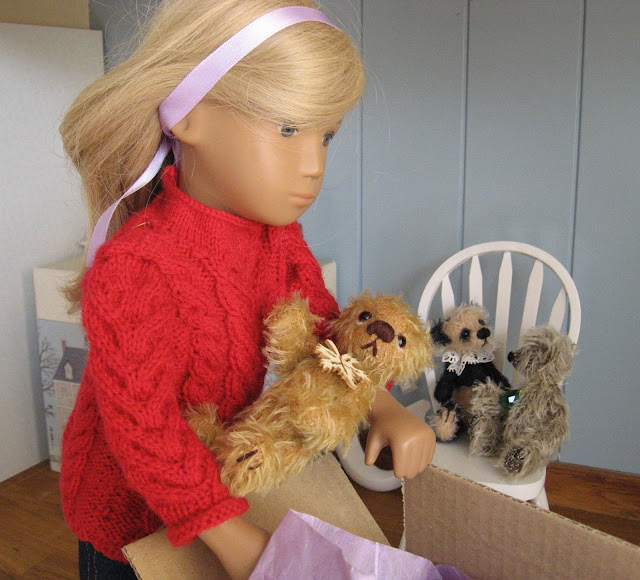 Edward looks at Mossy " Whats Oakey doing here? "
" I told you the lady wanted a little bear for a rattle and she could not decide which of us so she bought us both" 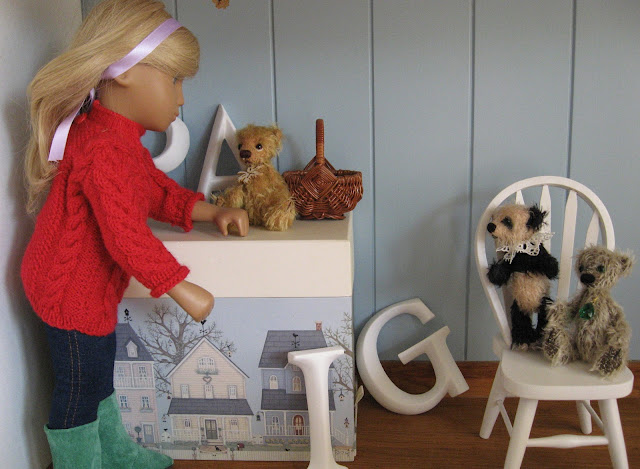 " What is this about a rattle? You cannot put a little bear in a rattle! it would be dangerous and not very nice!" says Libby getting angry on the little bears behalf.

"Thats what I said " Mossy declares " a Rattle"

" What raffle are one of you going in then?" asks Libby curiously

" The sasha festival raffle " states Oakey importantly " and I'm the one going, I'm just stopping over to have my picture taken then I'll be off "

" Hoy! I may be going in the rattle erm raffle!" says Mossy indignantly

" Sorry It's me going" states Oakey " You might be a little strange with your big green eyes, I'm more traditional"

"Who you calling strange! come over here and I'll show you strange....you ..you...TEDDY"

" Libby could you go back to the box, there is a present in there just for you" says Oakey ignoring the enraged Mossy. 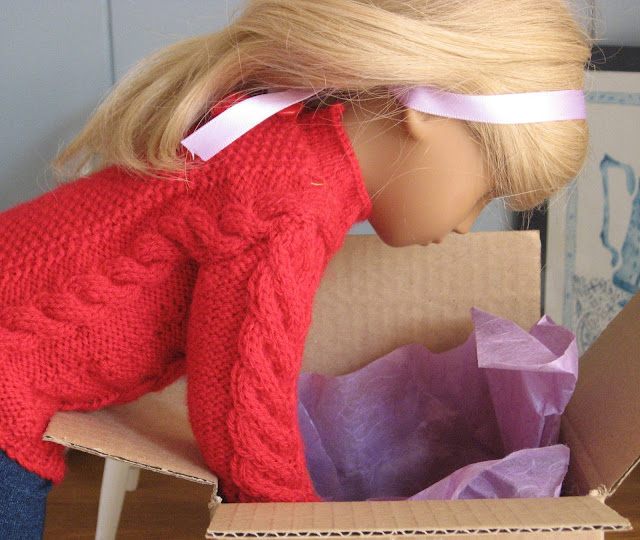 Libby searches the box, at first she cannot find anything.Then suddenly she touches something soft. 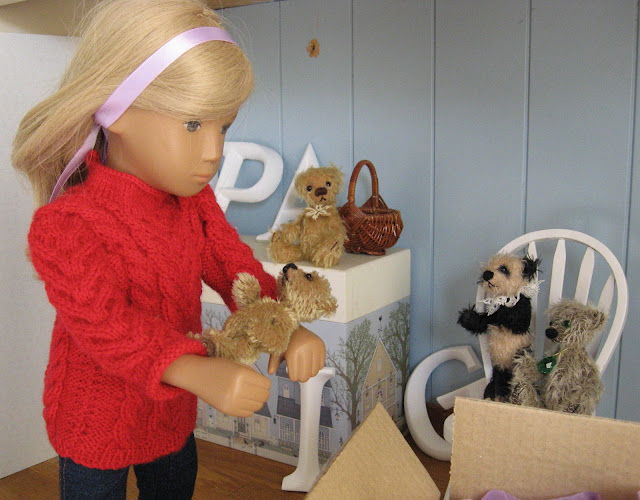 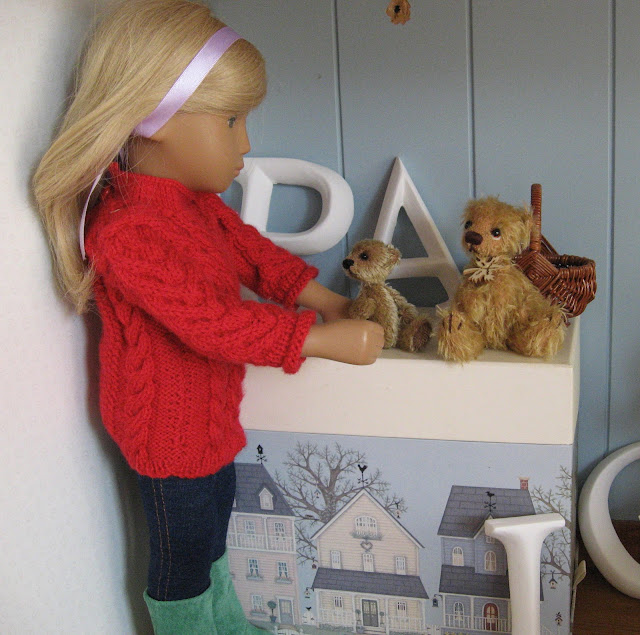 " You are such a sweetie! Whats your name?"
"I'm Hugh" says the very tiny bear " your mum said you deserved me because you had helped Edward settle in while he waits for his little Miss"
" Well Hugh, I'm happy to meet you and to have you as my very own. Do you need bamboo sandwiches with no crusts?" she asked worriedly
" No only old Pandas demand Bamboo sandwiches" 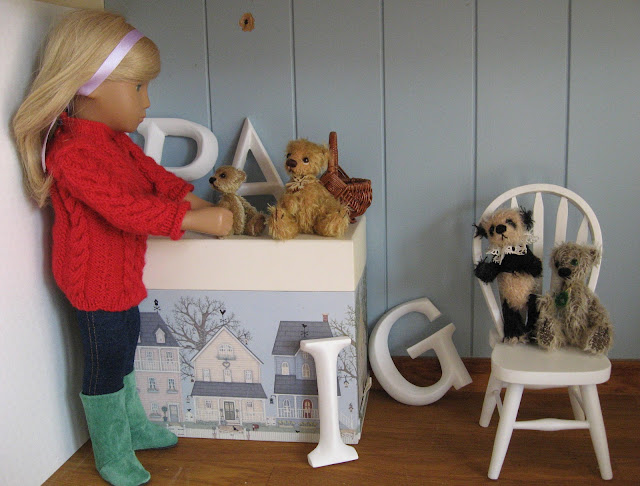 " Who are you calling an old panda! You young whippersnapper! " Edward growls" and Bamboo sandwiches without crusts are a world famous delicacy! "

Oakey looks longingly up at Libby " Any chance of a honey sandwich? I'm only stopping overnight before I'm off who knows where!" he gives her his soulful little bear look. 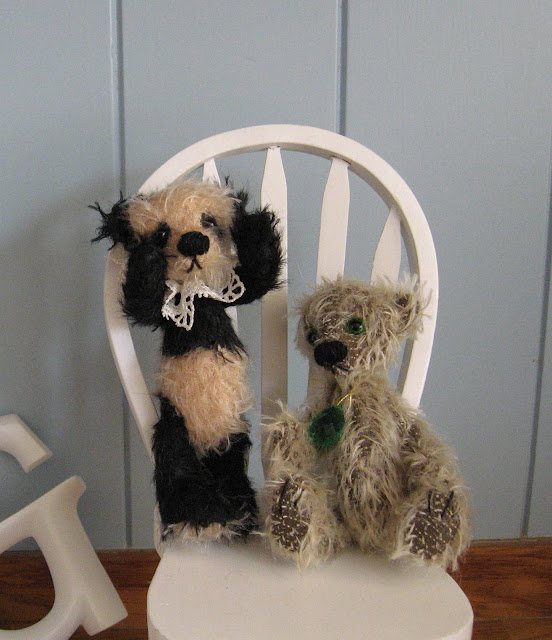 " I still say I should be in the rattle!" complained Mossy " Ive got my own emerald and I'm known for my good looks! .....Who's is he to be calling me strange!! ...He walks round with an oak leaf round his neck! thats strange........" Mossy continues to grumble
Edward covers his eyes, it was so peaceful here....
Posted by Dee at Thursday, March 29, 2012