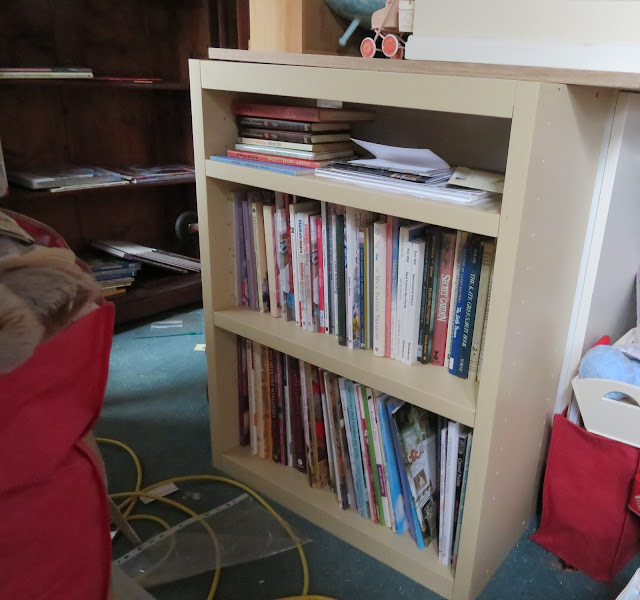 Another week that's flown by ! Not a lot happening here in the week just gone. Although Paul did use some more of the old living room shelving unit, to make me a small bookcase for under the end of the worktop in my Sasha Studio. See above photo of it already in place and filled with my craft and doll books.

Which means that the Victorian glass fronted display/bookcase is now empty but with no place to go at present. It's going into my bedroom to display some dolls but since the bedroom needs everything doing to it, decorating and new carpet etc, we don't want to carry it up there and it become another piece of furniture to move when the carpets ready to be laid.

However I could do with moving it somewhere either in the studio or into the house , so that I can move about more easily in the studio and get things more organised.

I still have more cushion covers to make, just a few, then they'll be finished and I can move on to next bit of sewing. I've been slowed down by not being able to find just where I put some fabric I've had for a good while.

It may be in the cupboards in the studio but too much in front of them for me to get to easily. So will need to spend sometime in there next week having a tidy up.

My daughter moved into her new house on Friday and is happily emptying boxes and deciding what goes where! I love houses and bringing out their potential , although of course this is not my house, I will give them idea's to that end. They, of course, don't need to take any notice lol.

However today they had to have the gas turned off as they could smell gas in downstairs cupboard , when the emergency team arrived , they found that a pipe had eroded and so now not gas! Luckily they have some heaters from their old house but not the best of starts and makes you wonder if the previous owners knew that the pipes need changing! But they are safe and that's what matters, it was a small leak but none the less!,

We still have plenty to do here ourselves, on the decorating front, but I'm sure they will be asking Paul to help them with any little jobs , once we are released from house arrest.

Saturday the weather was very cold but lovely and bright. But today Sunday , although it started bright it also started snowing! in the afternoon! 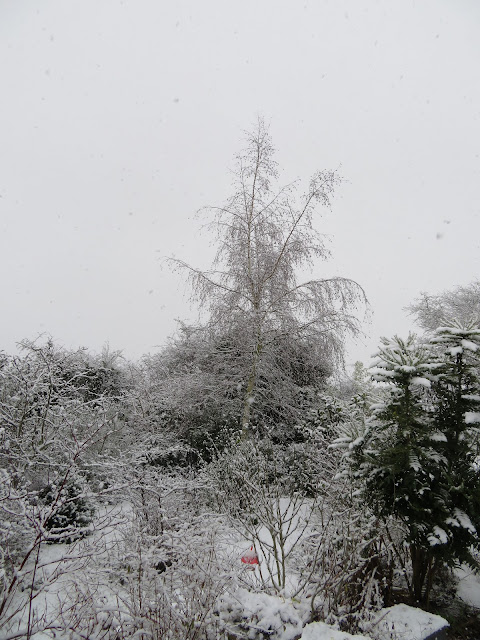 So finally a wintery wonderland outside the door! Of course no one was ready apart from Atticus, to get outside and enjoy some snow time. It started quite slow but was soon starting to cover the ground. 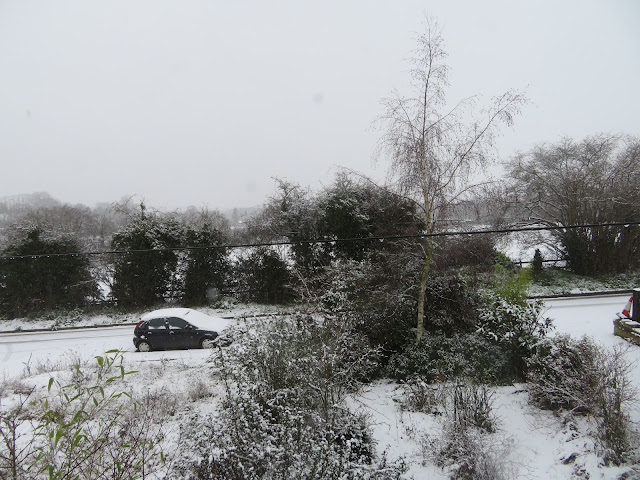 Before I retired last year I'd have been complaining about it arriving on a Sunday when I had to work on the Monday but now I'm fine with it, as long as it doesn't turn to ice overnight ! Mind you not that I need to be anywhere ! This is a view from front bedroom windows of the snow in the fields across the road. 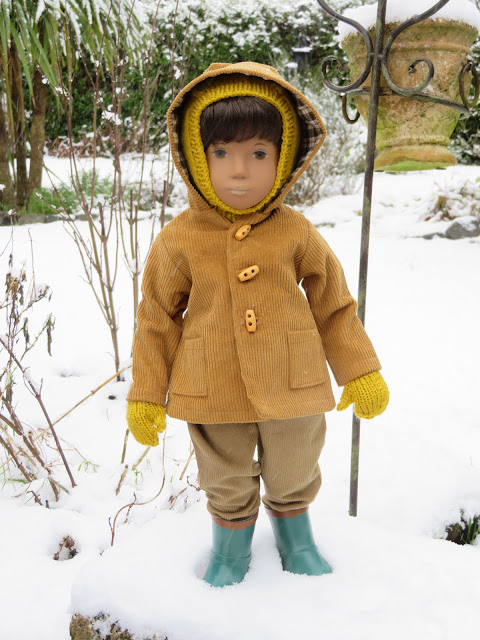 Here is Atticus walking on the garden wall and looking at all the snow around him,  later he helped out but that is for another day.

I'm still into my reading while the weather is so cold but need to make sure I don't spend all day reading!

Paul started making my new foot stool this weekend and it should be finished tomorrow , so I will share photo's in te week of how it was made.

On the doll front no one's left and no one's arrived and no doll items have been purchased , so far.

So I will wish you all a happy healthy week ahead.

The children looked at Gregoropolis today and saw that they were sending out a hug fest, even though they are on a break! But they know just how important hugs are especially in these times. 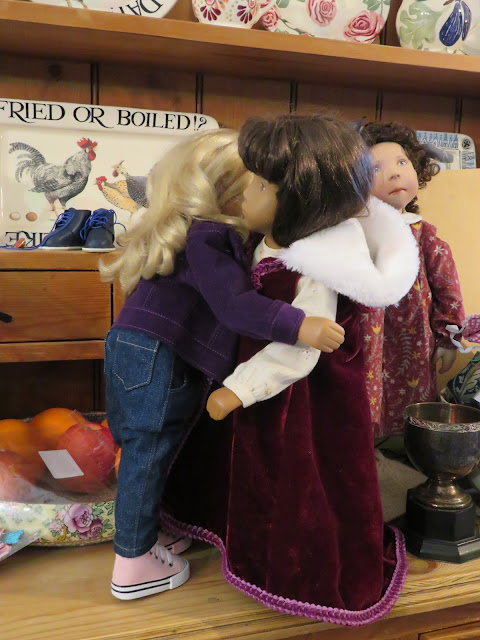 So Georgie and Wren hug to send a hug back to the Gregoropolis kids and also out into world and hope that a ring of hugs can appear globally , so the world feels the love.