Well last week just shot by! The weather is now more like an English summer cool mornings and evenings with sunny days and a spot of rain!
So much easier to get things done or feel like doing things.

On Thursday it was Paul and my 43 rd wedding anniversary! Time truly does fly when you are having fun. We had to work but enjoyed a nice meal that evening.

Friday as I said I finally emptied the under stair cupboard , which now has two hoovers in and Paul work bag and now the coal scuttle! Why I can hear you all ask.. because Rufus and Casper both have decided that there is nothing quite like stealing a bit of coal and chomping on it! So for now it's in the cupboard out the way!


Saturday I worked , which means that the day disappears by the time I get back, have some lunch read the paper etc , so not a lot was achieved then.

But today things were much better. I went into my Studio and sorted through and emptied a few more boxes. 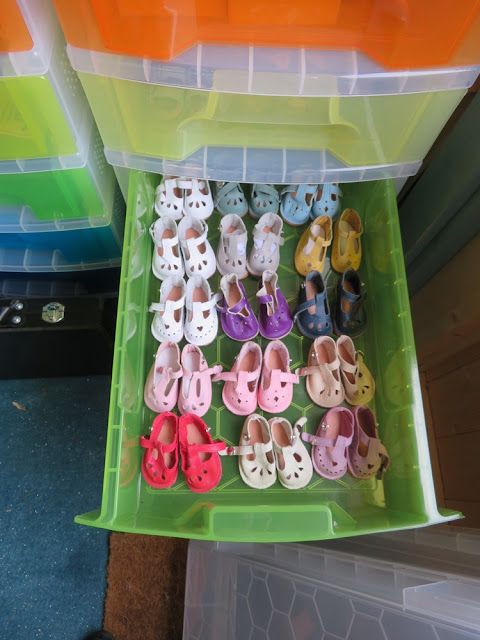 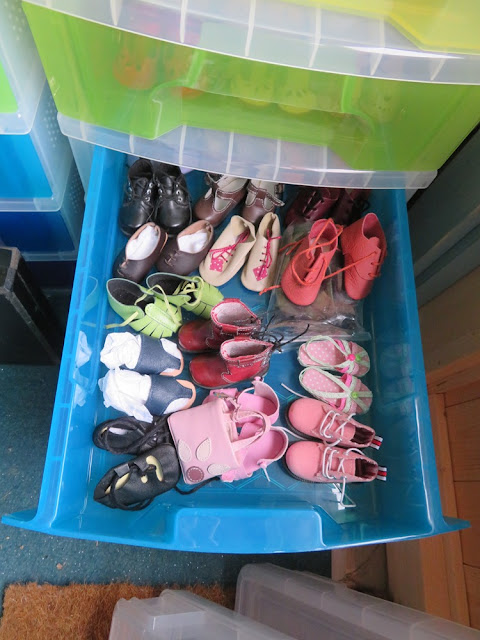 I did try to organise them. 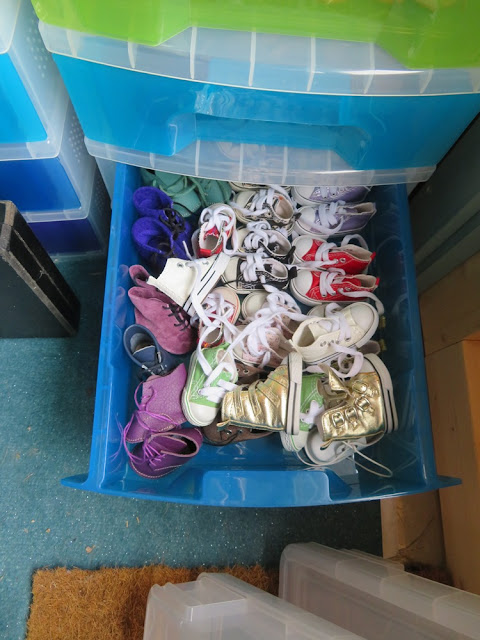 We appear to have quite a few pairs of trainers and short boots. 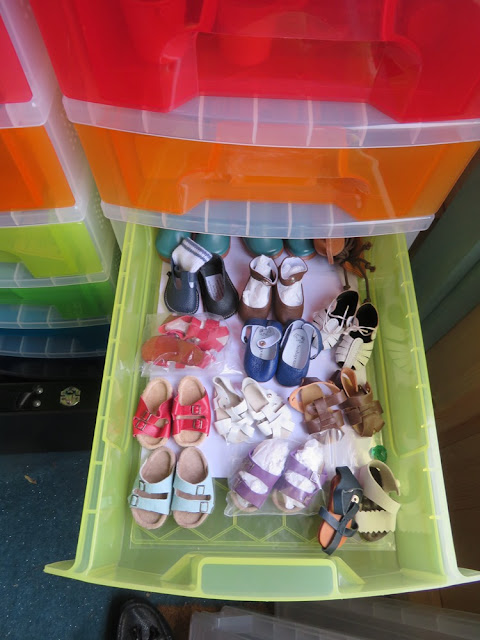 I still have a box for the long boots at present which I'll put into the cupboard , but was very pleased to have emptied three plastic boxes. 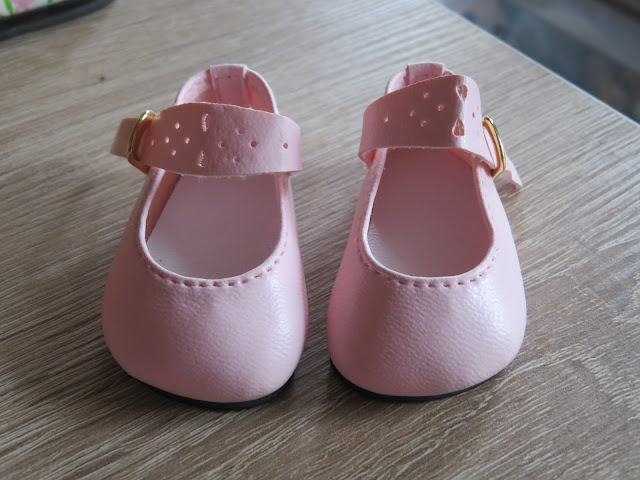 I also sorted out some shoes to sell on ebay, ones I've not used in quite a while,which will hopefully bring in some funds. Above is one of the pairs I am selling.

I also sorted out this little batch of fabric on peter rabbit to sell , because I cannot see myself getting round to using it with all the other fabric I have, so decided this could go. I'll be listing it on the Sasha bazaar soon. 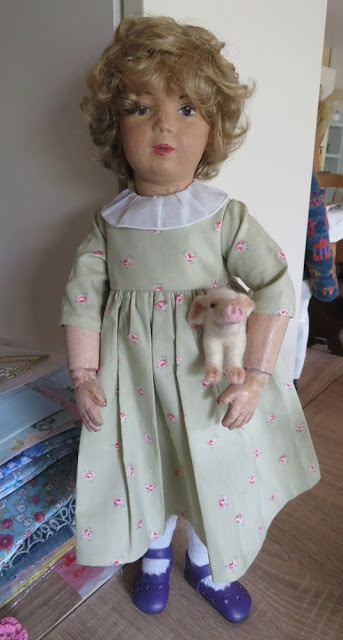 I put this little Schoenhut girl on as well because she's the same face sculpt as a couple of others I  have but I then decided to dress her in this outfit and now I'm thinking I may keep her.

I said that I was in a sort it out mood and so I've also listed a few other dolls and my mind is wondering about a few others! I'll be adding them to my sales page and they will be on ebay. 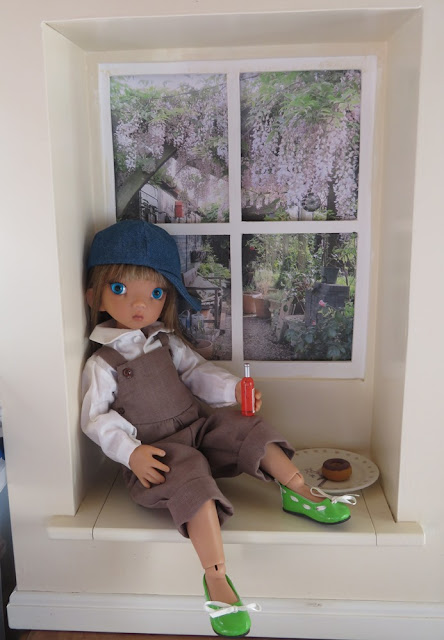 I have received a doll or two recently, above is one that I finally got round to dressing. This is Lindy, she is a bit of a Tom boy at heart , she wanted to wear some boy boy style shoes but I insisted she at least wear these nice green ones, I then found her trying to cut the bows off!
We came to an agreement, if she wore these today tomorrow she could wear the brown lace ups! Sigh! 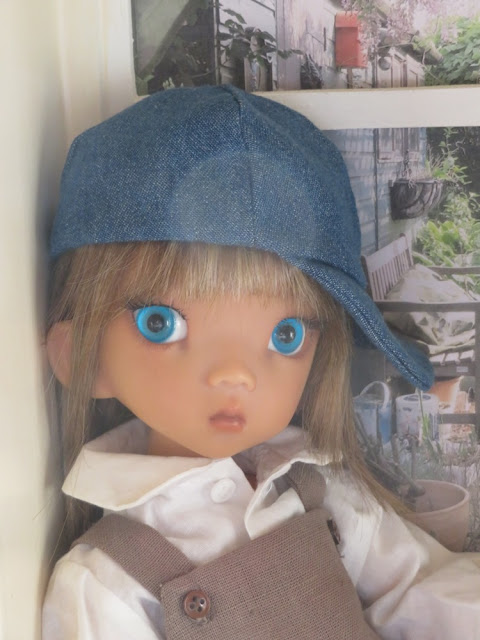 On the house front, we went out to look at some flooring for the dinning area because the carpet in that section needs replacing and now it's part of the kitchen breakfast room we need something to tie the two together.
We saw a couple of possibilities but my mind was making plans my budget cannot reach.. at present however like everything we do , we did see some very nice traditional floor tiles. We both said how nice they'd look in the new entrance part of our hallway.
I then asked Paul but if we got them would it be months before they were laid ? He gave me the husband stare , then we went off to the pet shop for cat food and dog toys!  But on the way back we went and bought the tiles.

Once home I went off to the studio to continue tidying and Paul did this....... 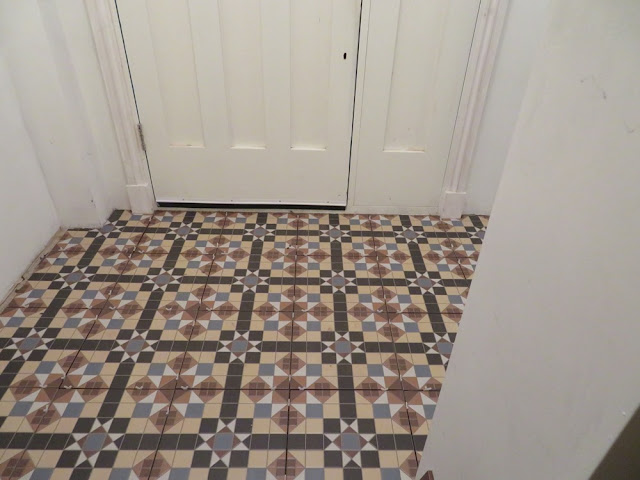 he laid the tiles!! I did know he was laying them as he came to ask me what I thought of the placement but I did not think he'd have them finished and waiting for the tile cement to go off so they can be grouted in a couple of days!!

Maybe I'll have to ask how long it's going to take next time we decide to buy something for the house renovations ...... or maybe not if I want to stay married for a few more years... lol

Well I hope you all have a great week ahead and you get to enjoy some doll time.