Having spoken to Kendal who informs me that people like to see what others receive for their birthday gifts especially if they are Sasha related. I have taken some photo's of my birthday gifts. 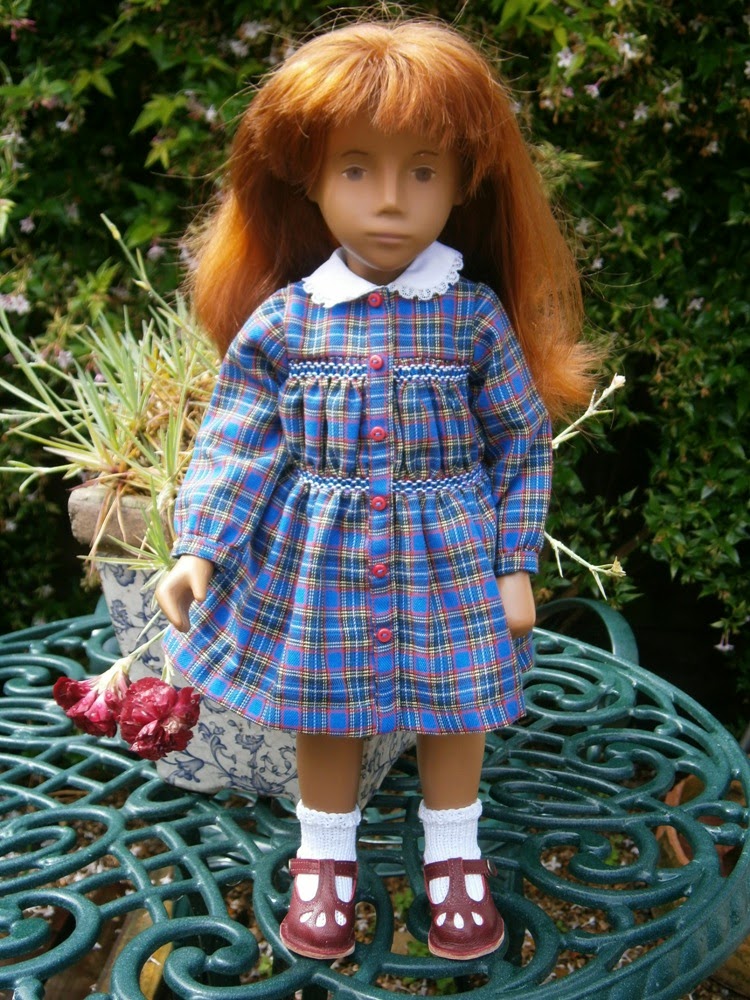 First up it as to be Caitlin my minty No Navel girl bought for me by my lovely DH Paul. 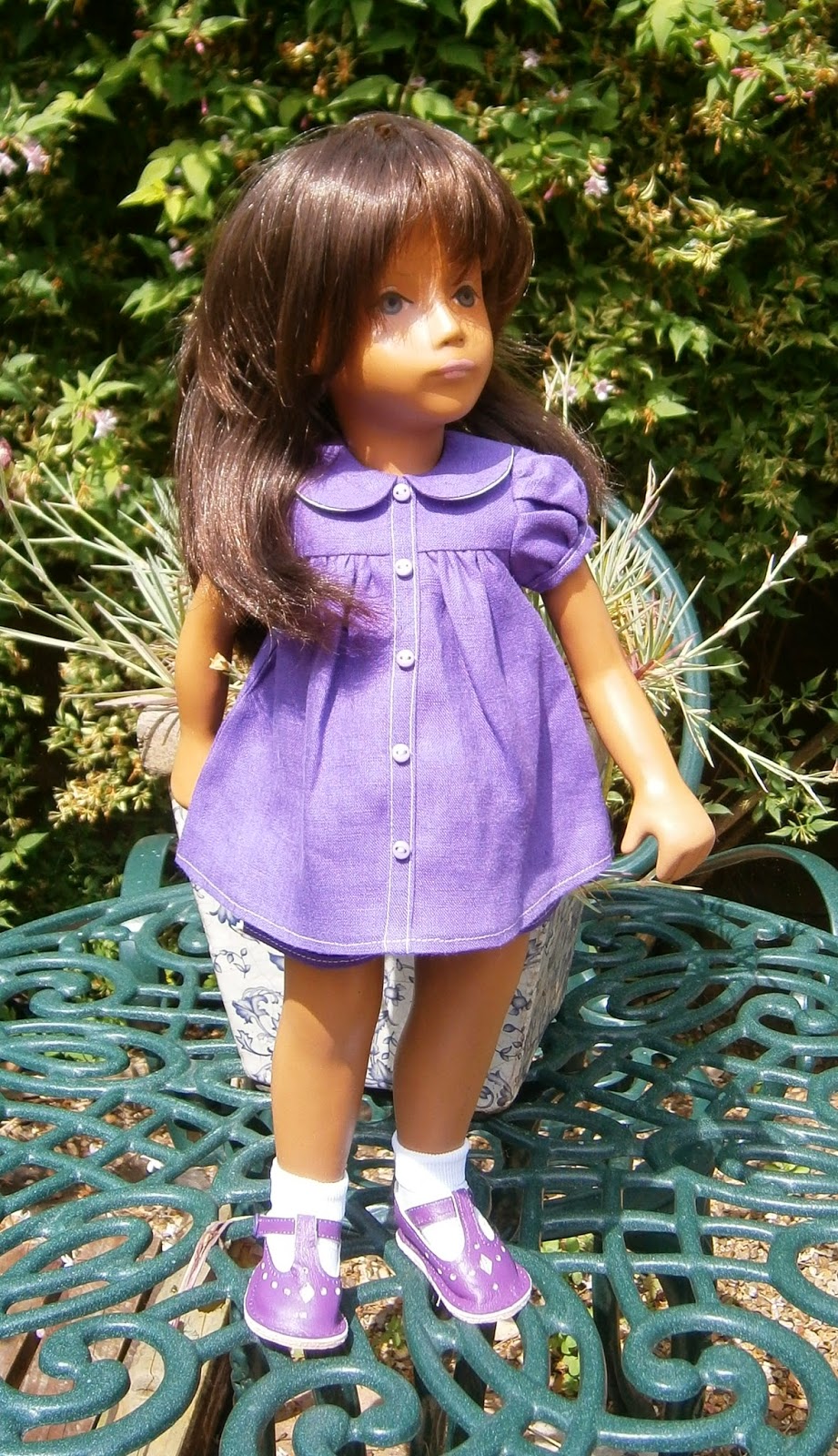 Next is Mimi by slate eyed brunette ponytail girl which was a present from me to me! ( Well she arrive just after my birthday so she counts!) and she is wearing a beautiful purple Vintage Sasha outfit with purple Jean Jensen shoes given to me by Kendal . 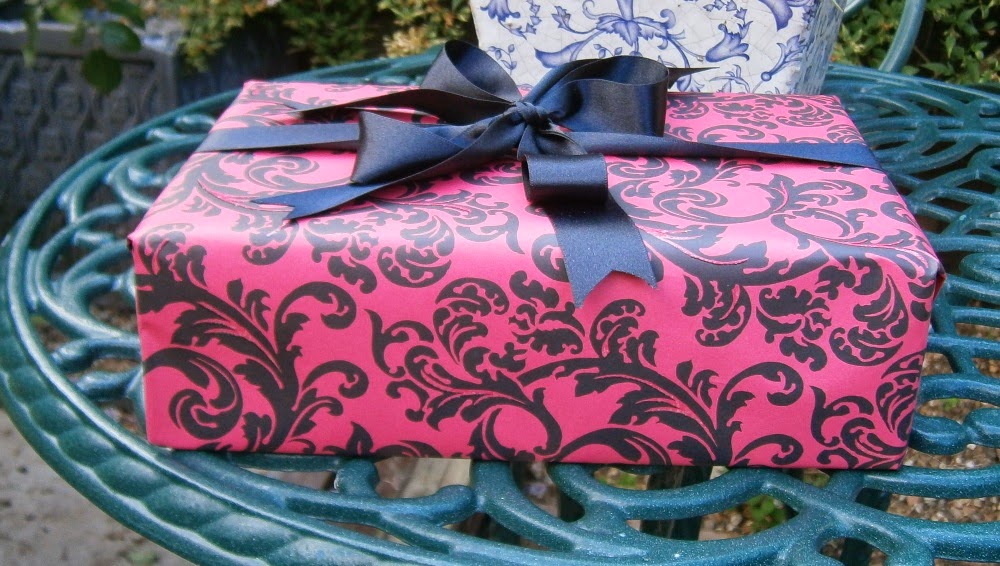 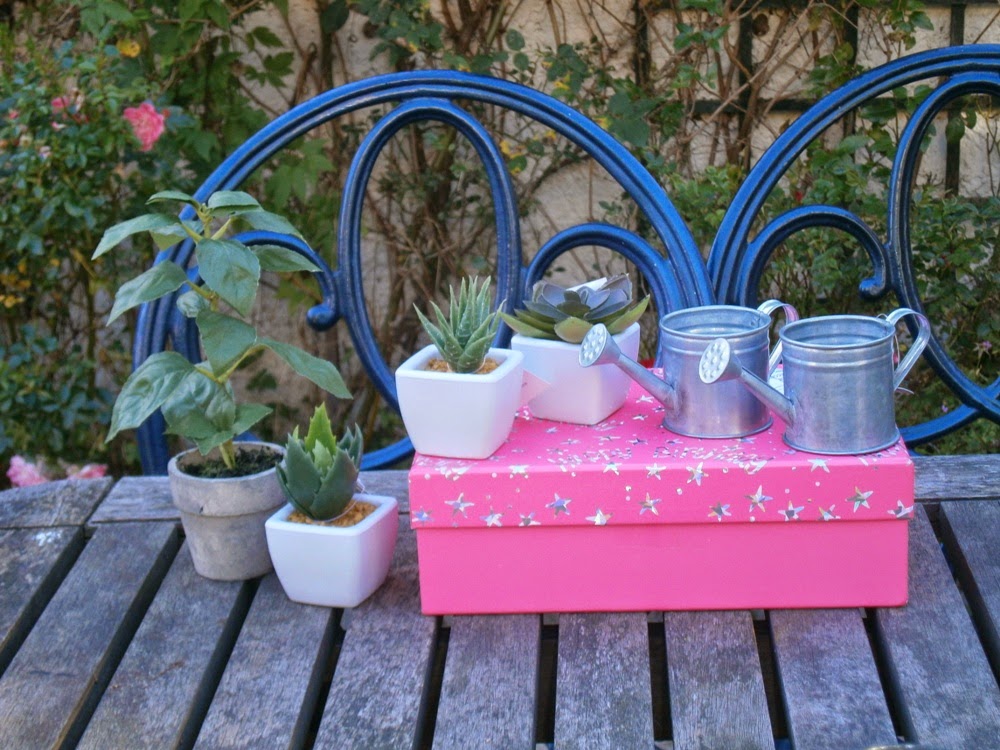 These lovely plants and two watering cans just perfect for the twins, who cannot wait to use them in the garden. 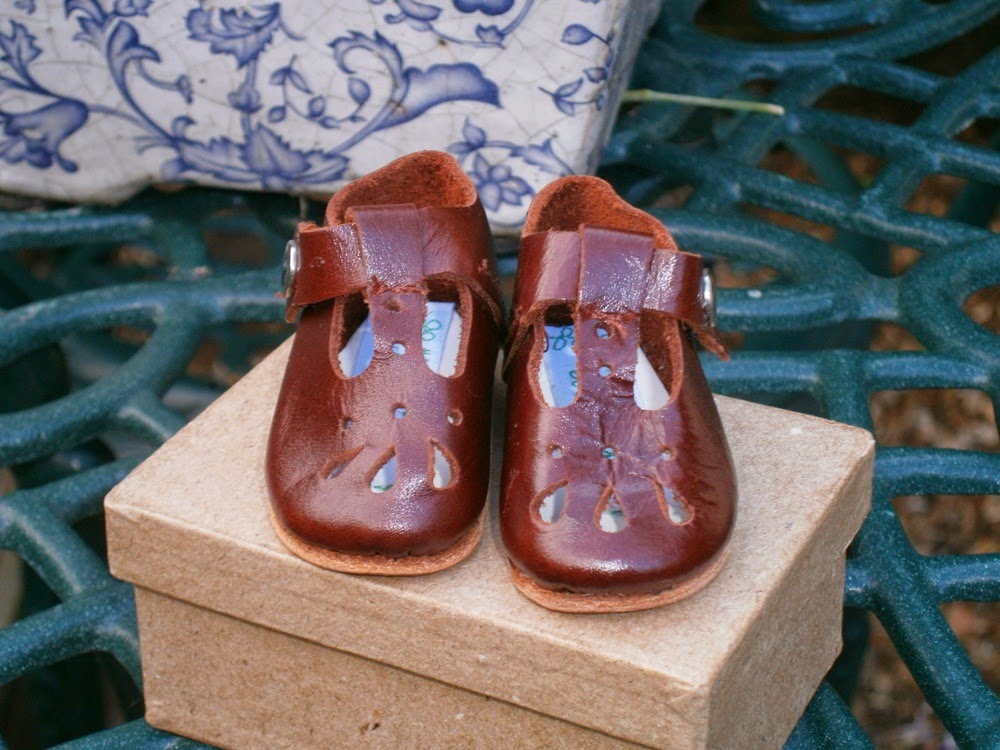 From Steve I received these wonderful Rosie Bloomfield shoes, a shoe maker that I love. 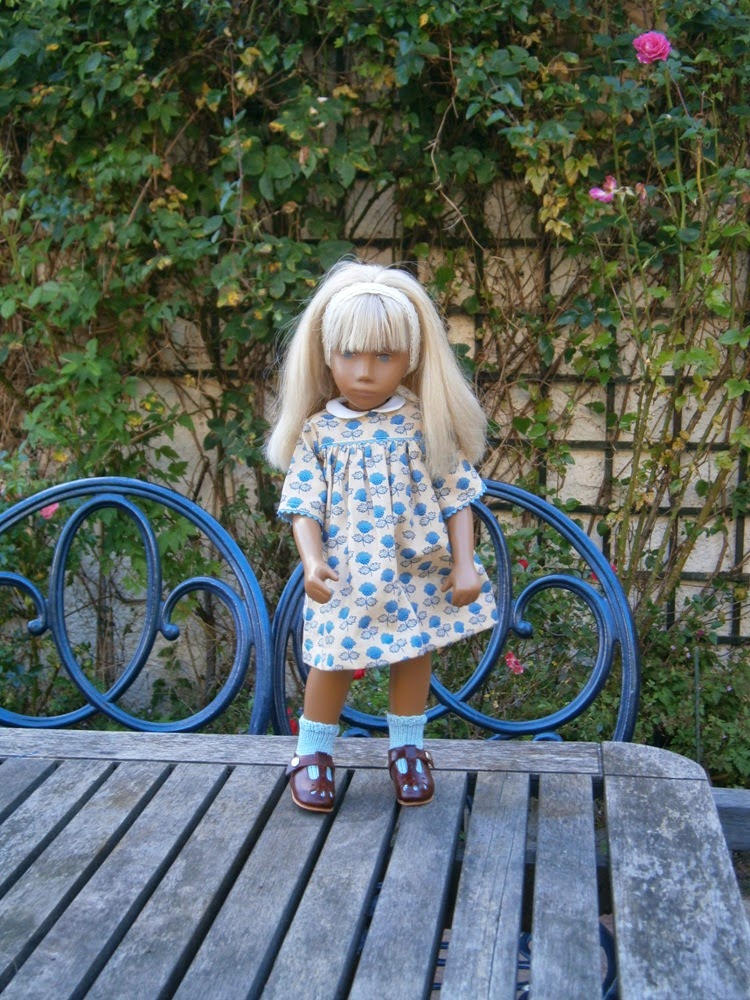 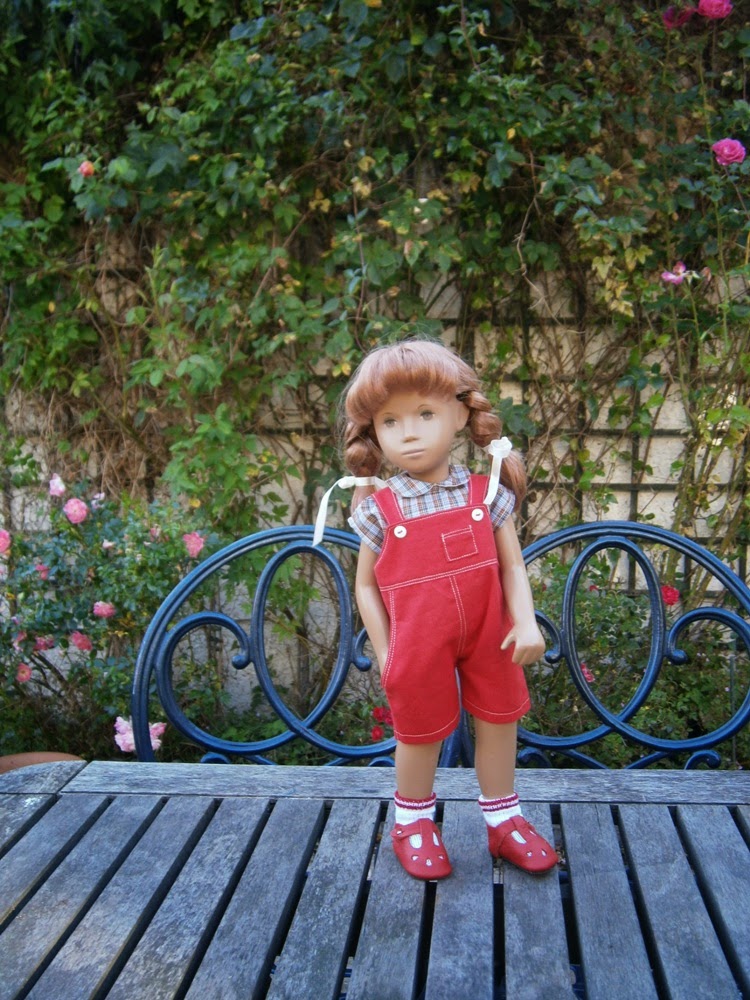 Gill bought me a Ruth Hartley Holiday outfit which Paige just looks so sweet in, it could have been made just for her! 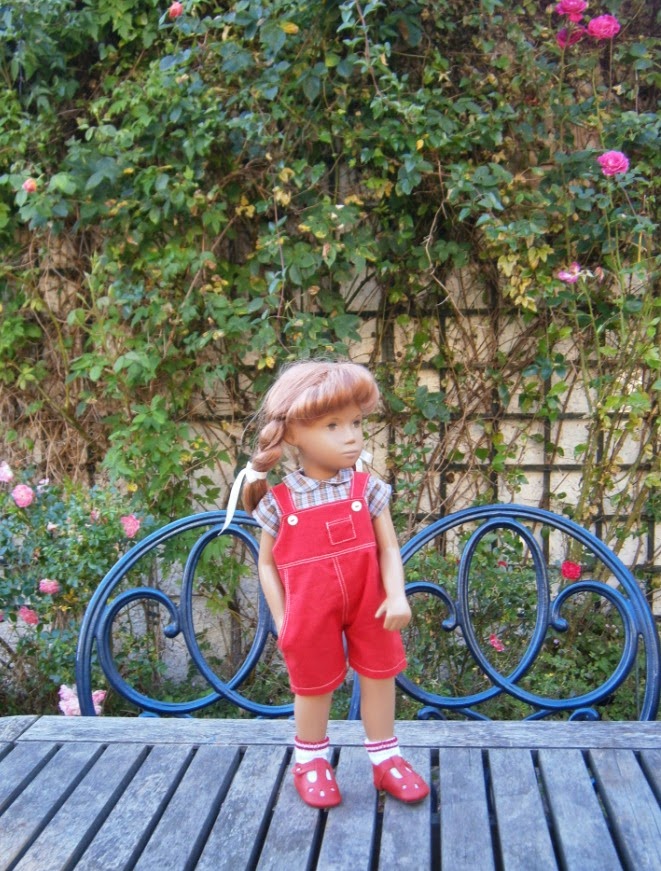 Just had to add another photo ! 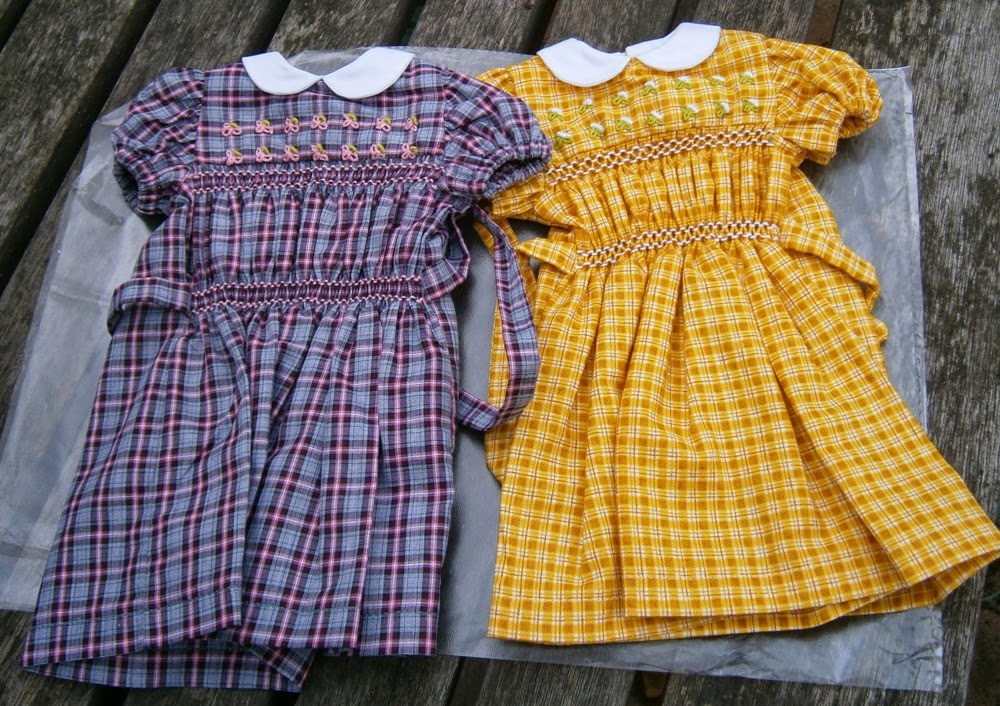 My daughters gave me some money to spend as I wished, they knew it would be on something Sasha! So I bought these two Ruth Hartley repro smocked dresses that I have wanted for ages. 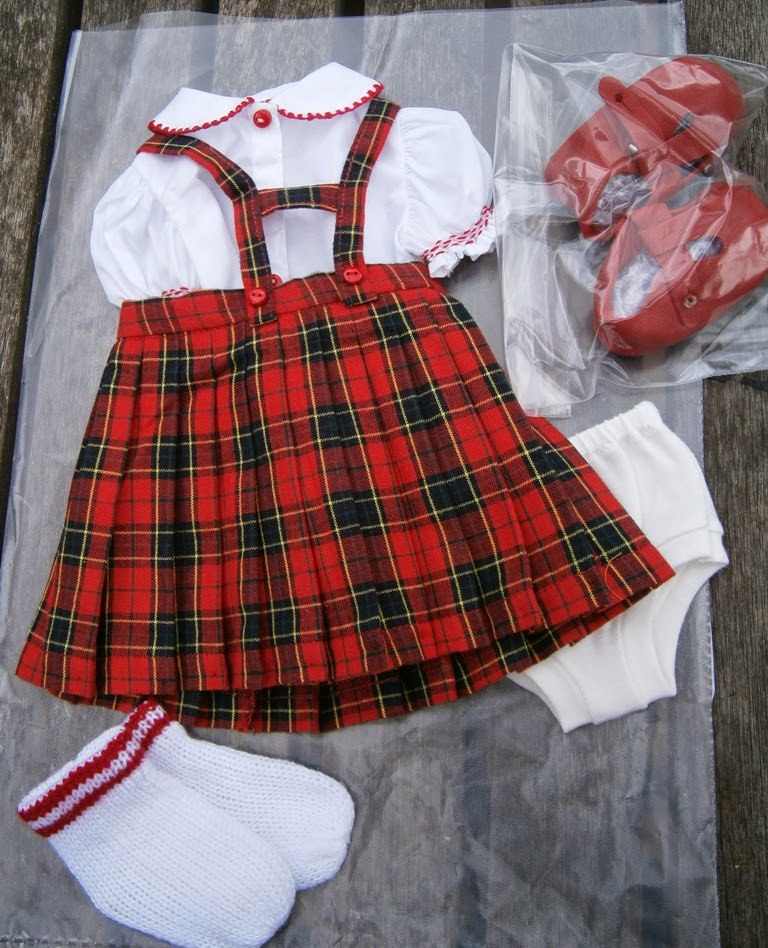 and also this new outfit by Ruth Hartley which I wanted since it appeared recently on her site.Now I just have to decide whose going to wear them first! 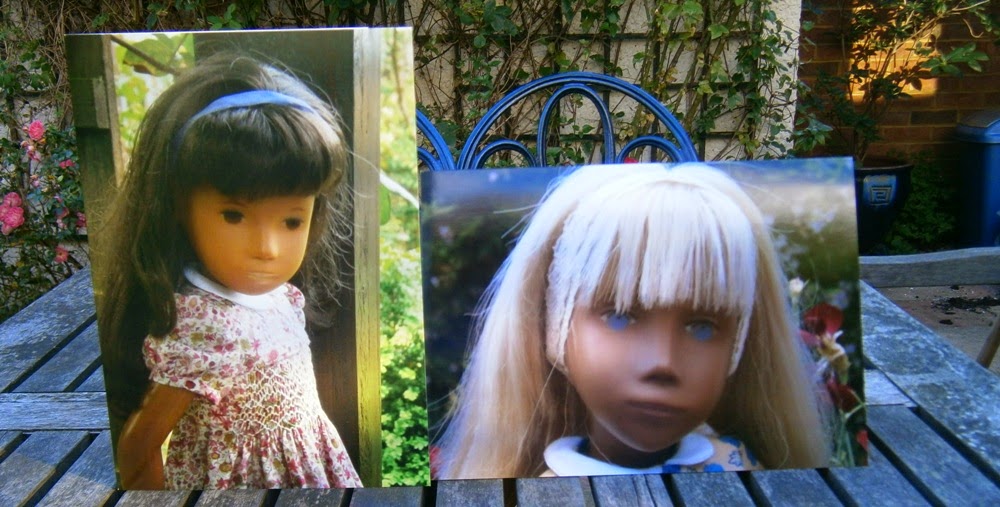 I received two Sasha birthday cards, the one on the left from Kendal showing Claudia in the garden and the one on the right from Gill showing Agnes, I do love these cards which make a great keepsake of our Sasha's.

I had a fabulous Sasha based birthday this year for which I thank all my Family and friends.