Well having almost finished Lulu, I decided thatthere are a few others in the clan in need of a little TLC, so yesterday I did this.... 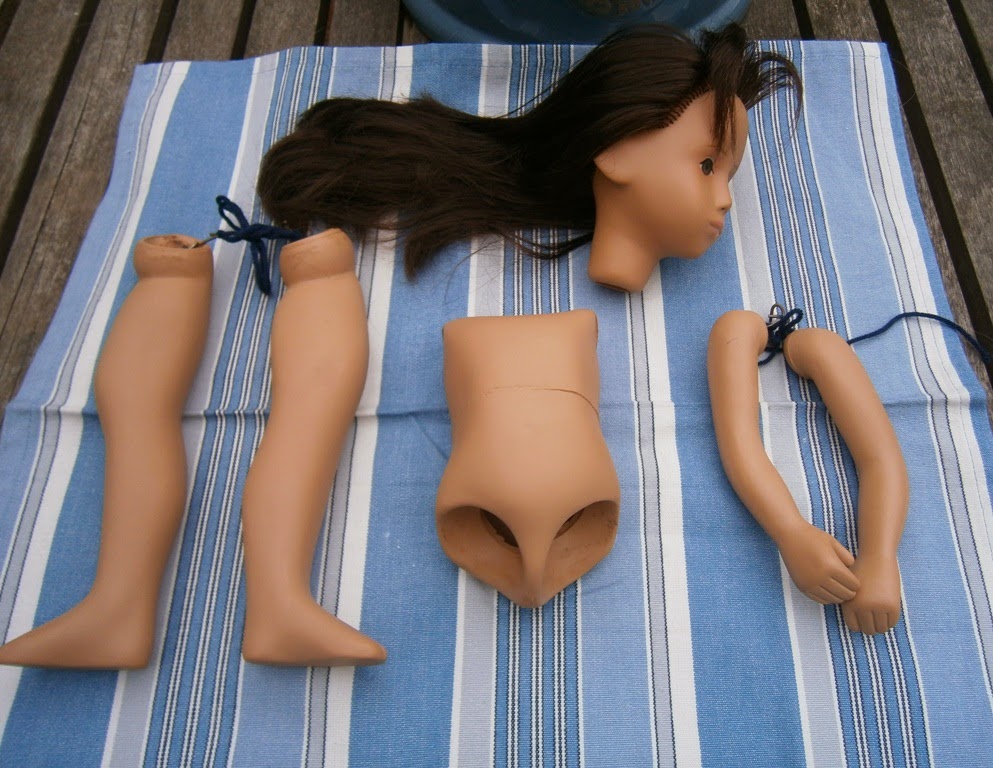 Yes we took Ava apart so she could have her fringe re rooted. But in doing so we realised that her stringing was very tight and had caused some neck caving. She was also very dirty around her leg and arm joints. 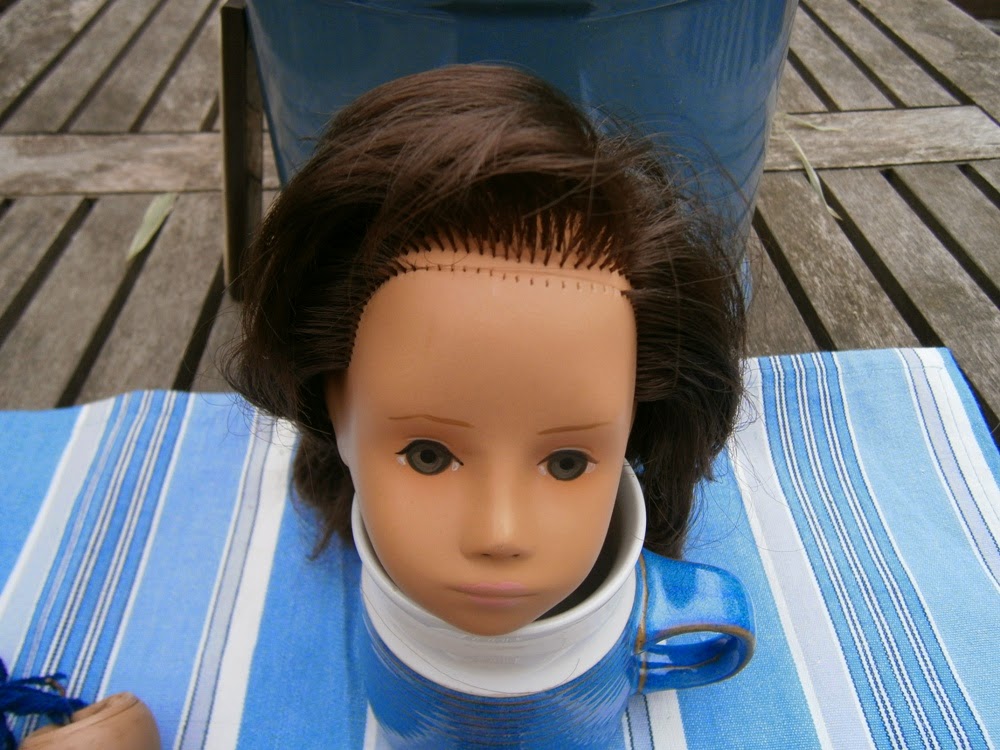 On close inspection what appeared to be only a missing front row of plugs was in fact a second row at the top was stubble which is what makes her 'fringe' stand up! 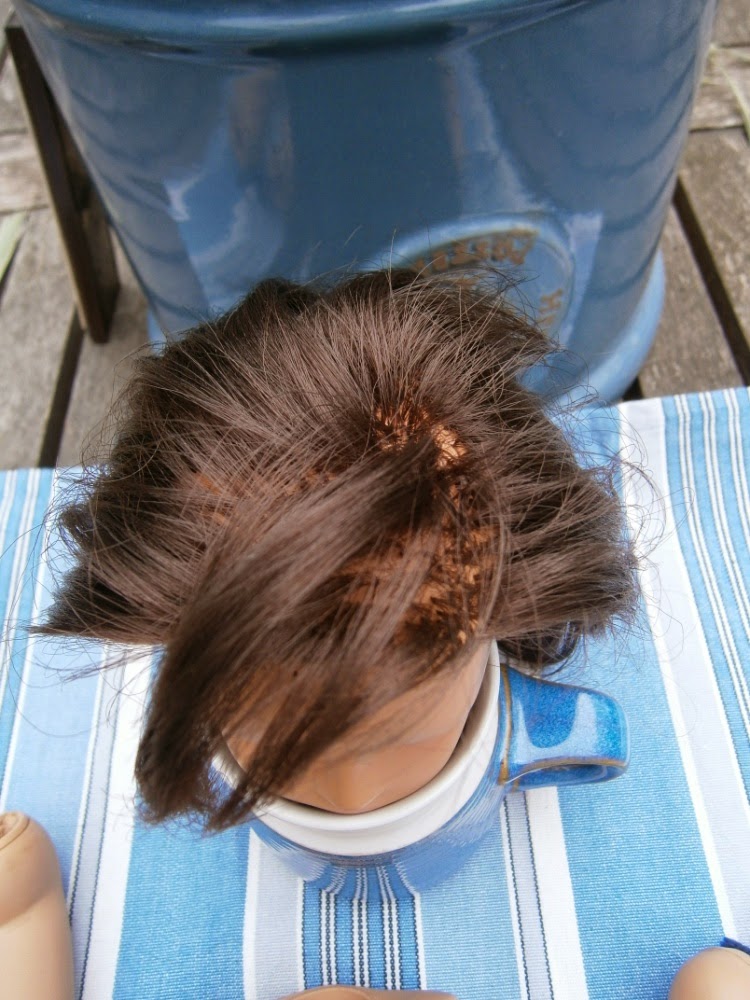 and here you can see she'll need some of the top removed and re rooted also, I may leave the longer hair and re root amongst it to help it blend in. 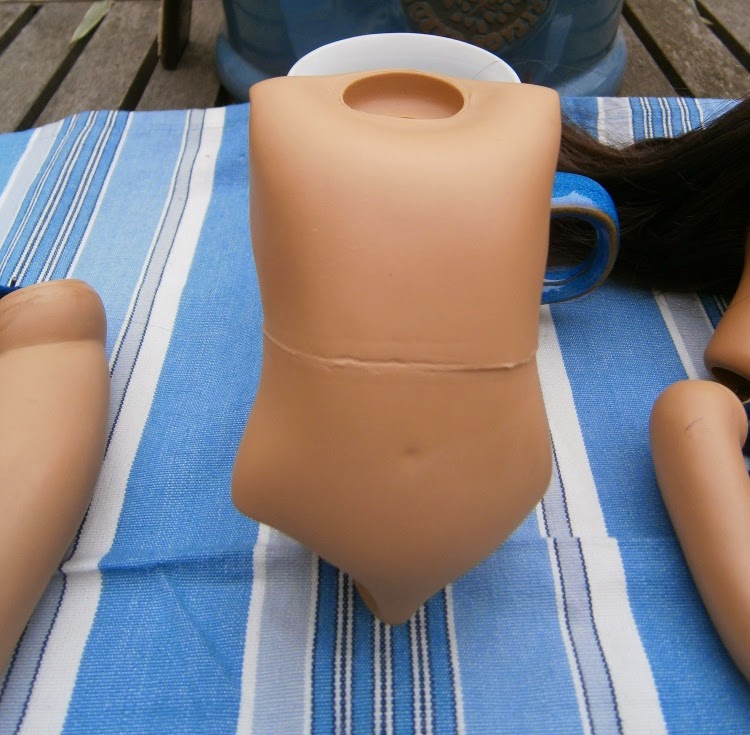 Her chest also had some caving from the tight strings. 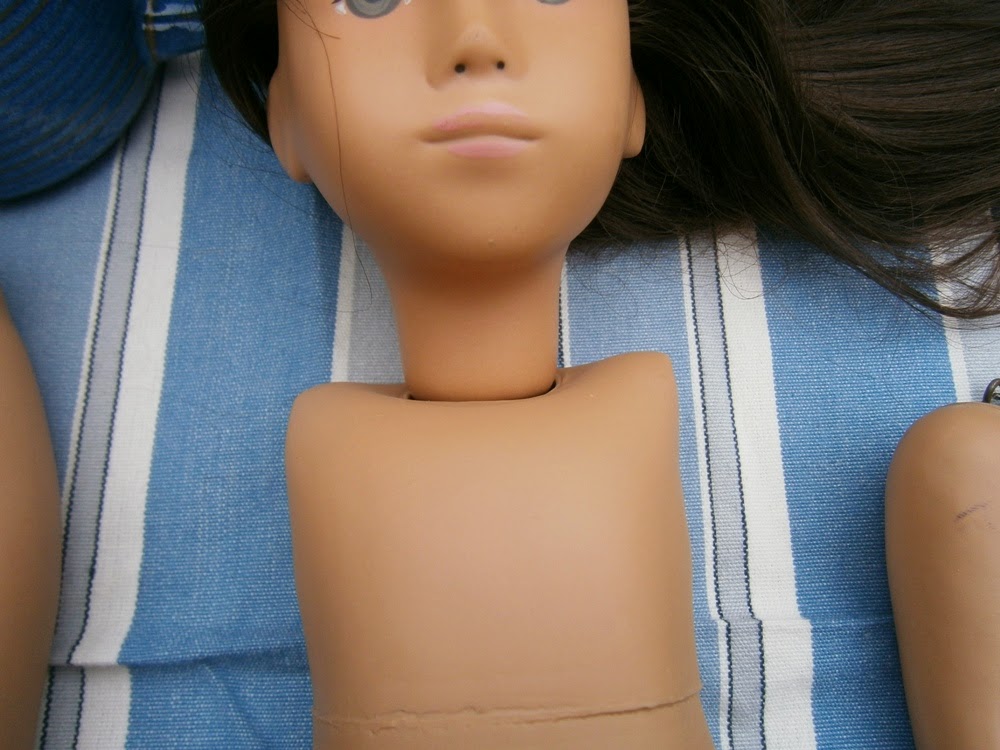 You can see it more if I put her head back with her body. 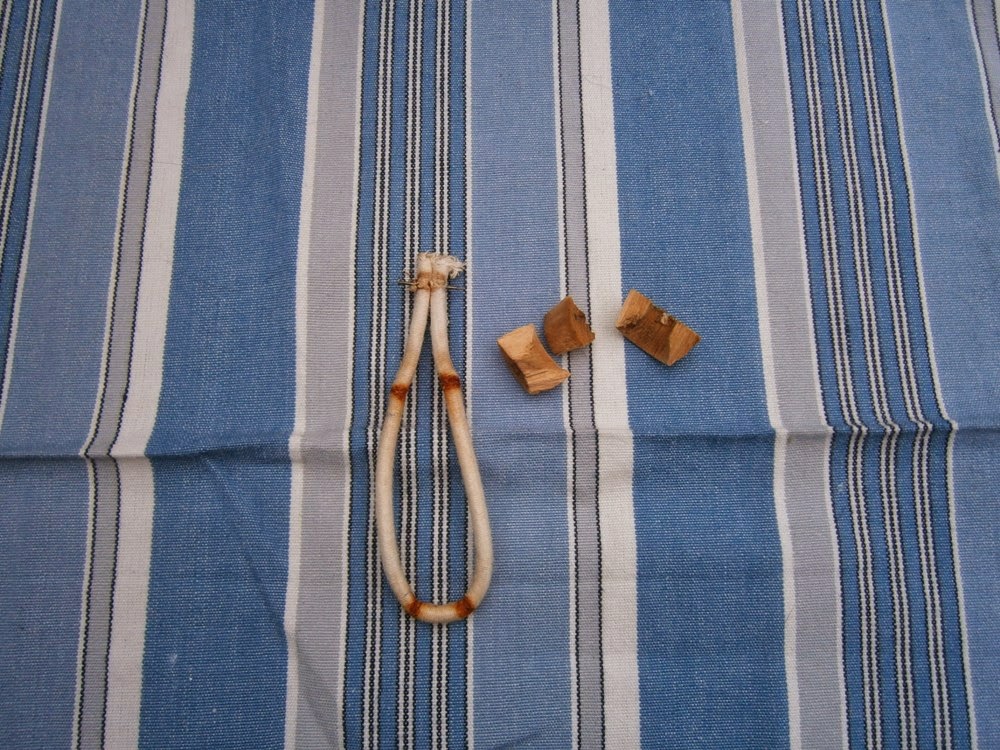 Unfortunately I broke the neck ring getting the string out but was straight on the computer to Shelly to get a couple more!!

So another new thing to learn, getting rid of caving by dropping into boiling water for a few seconds and working out how much string I need to cut to restring her without causing new caving!