Well the DH asked me what did I want for my Birthday? He knew the answer would involve something Sasha related and it just so happened I had seen the perfect present!
It involved  bidding and waiting and hoping the photo's were only showing dirt and not marks but after a week and much to my surprise I had won my birthday present!

The seller was lovely and posted the parcel quickly and it arrived on Saturday. Now I know that was before my birthday but Paul, very kindly said it was no good putting her away as I would only want to keep checking her and trying to see if her face was just dirty or marked.

So here is my birthday present from Paul. 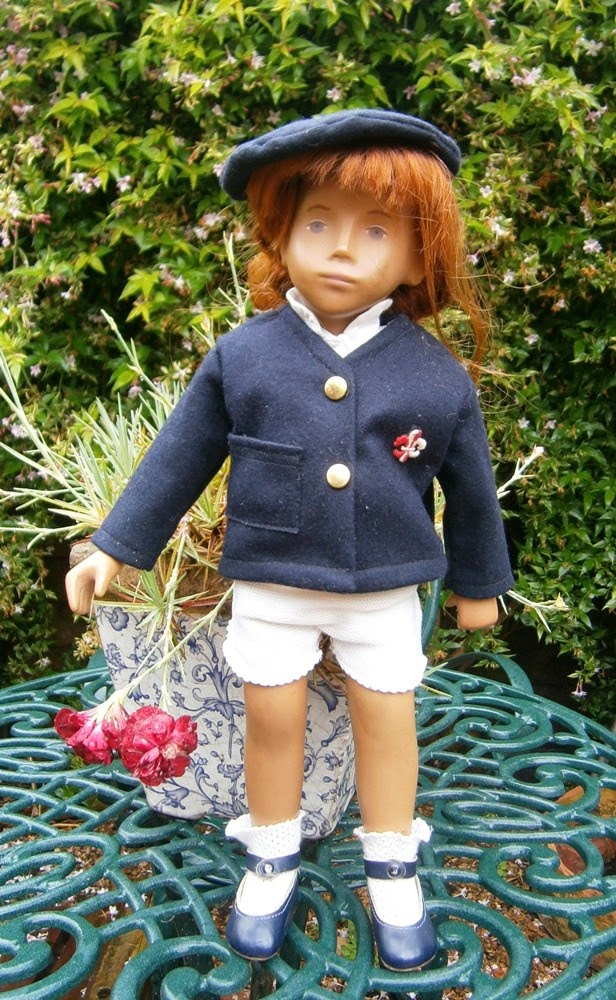 Yes a beautiful No Navel red haired, full brown eyed girl, complete with most of her original outfit . 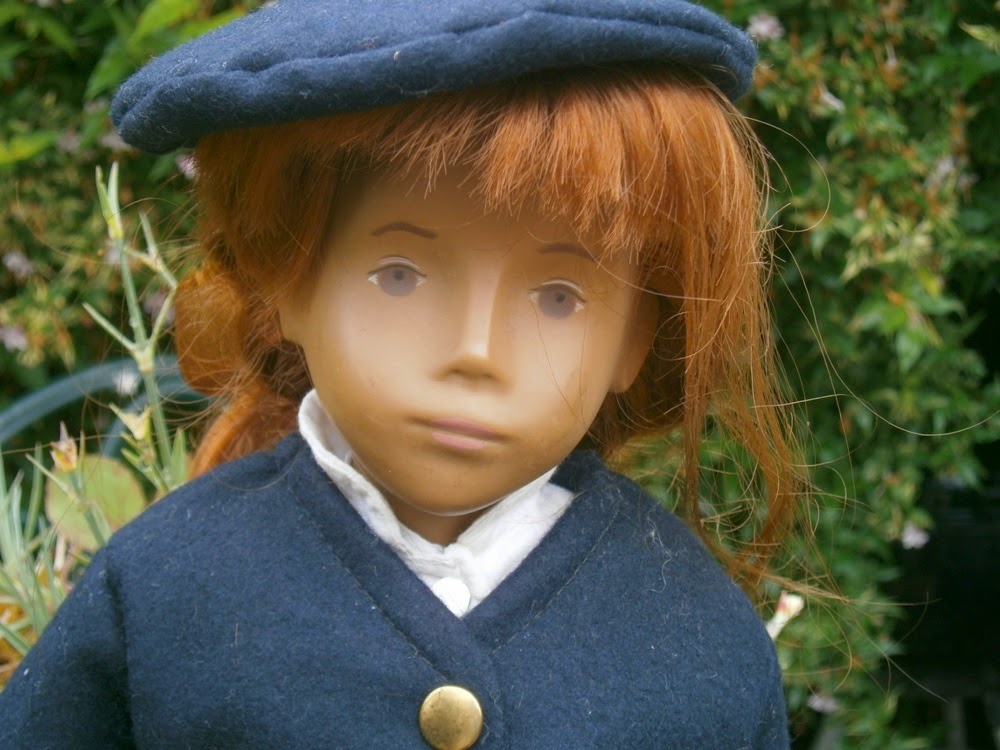 It appeared thank goodness that she was just dirty not marked and she smells as if she is new!! Her jacket smart and in nearly new condition. I even got out the three Ann's book to read up on her and she is a 69 No Navel girl.

So she was given a  good wash but not her hair as it's very clean and new looking and I did not want to ruin it with an unnecessary wash.

Her name is Caitlin and here she is scrubbed and changed into a new outfit or two! 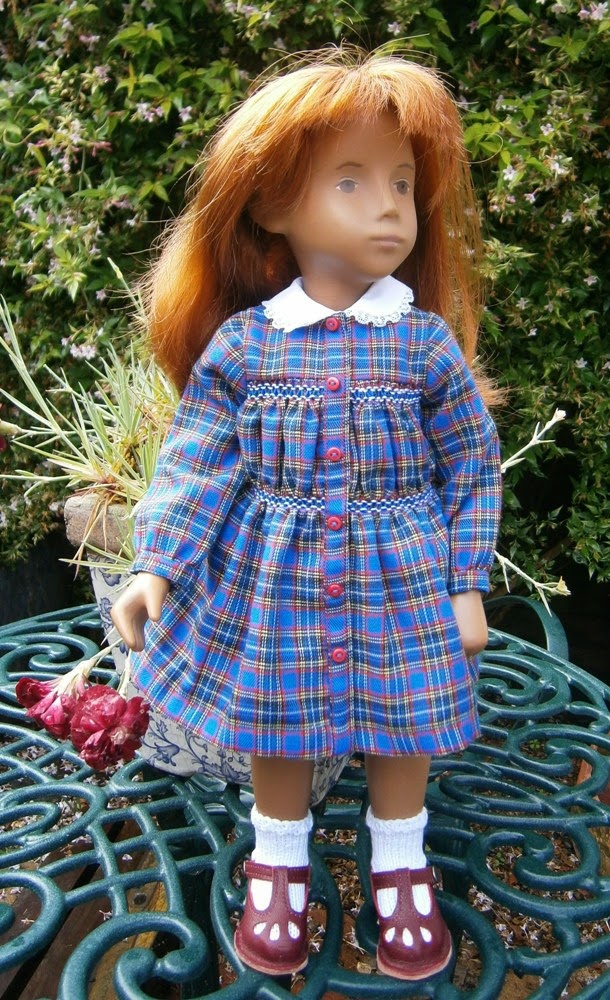 What a difference a good wash makes! To say I am happy with her would be an understatement! 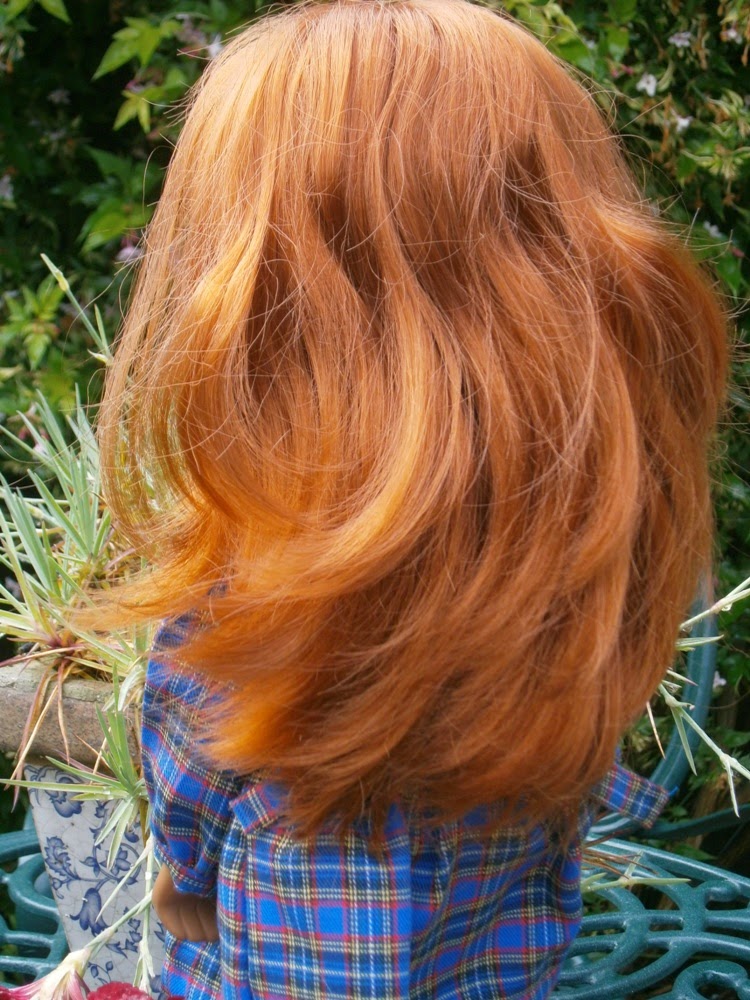 Her hair which was tied back in a low loose ponytail is thick and vibrant. 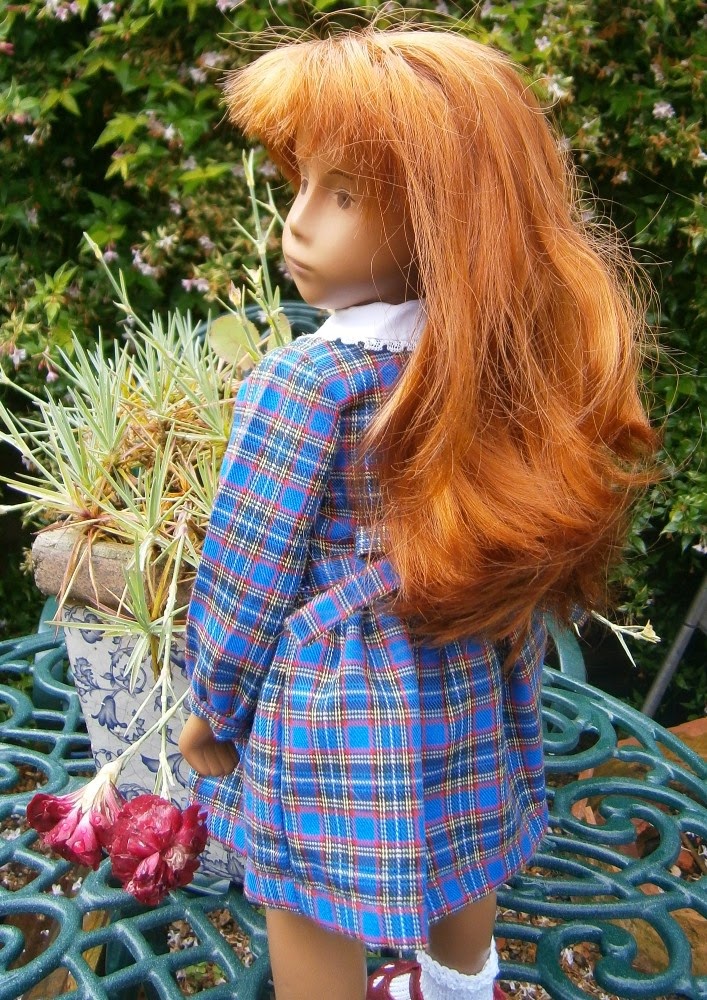 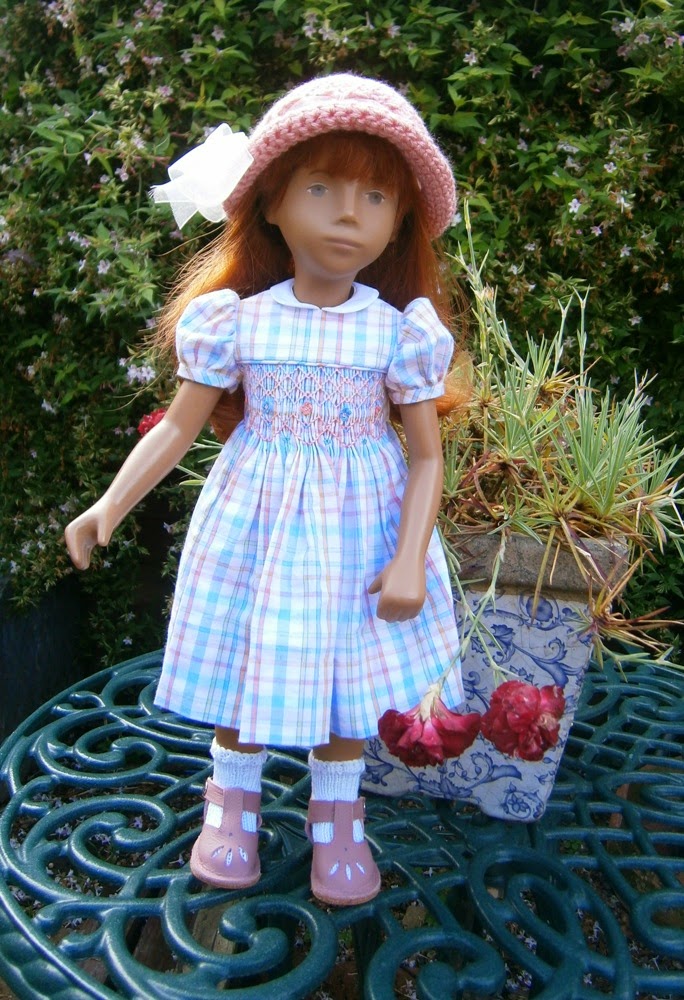 Hattie very craftily offered up her smocked dress and hat, so that Caitlin could have a photo taken with her two red haired sisters. 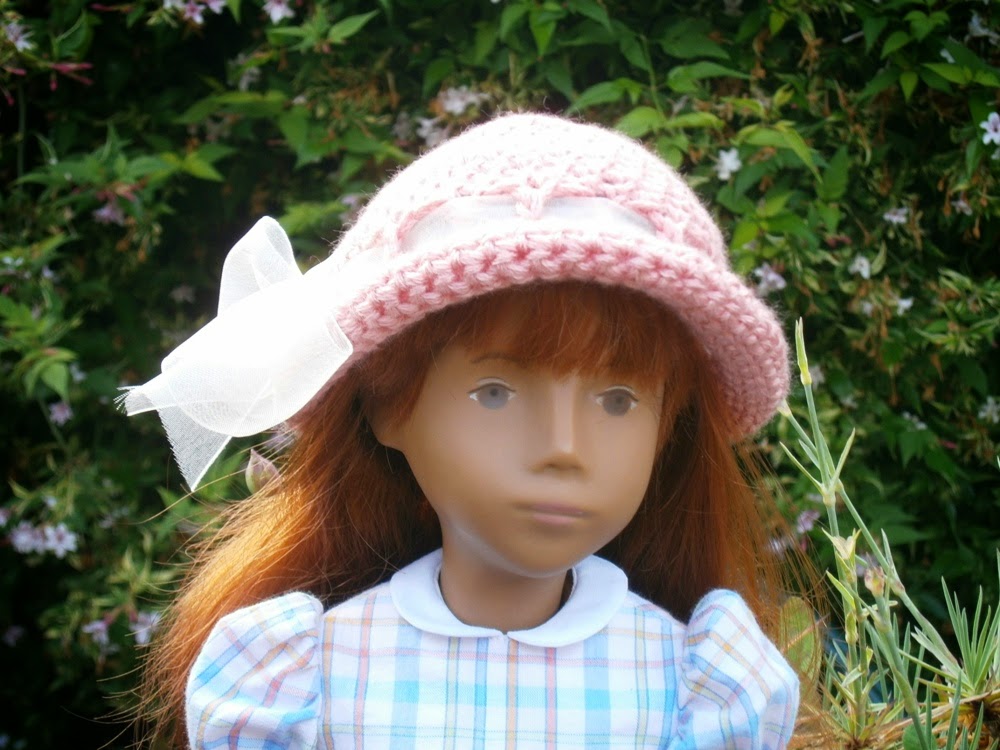 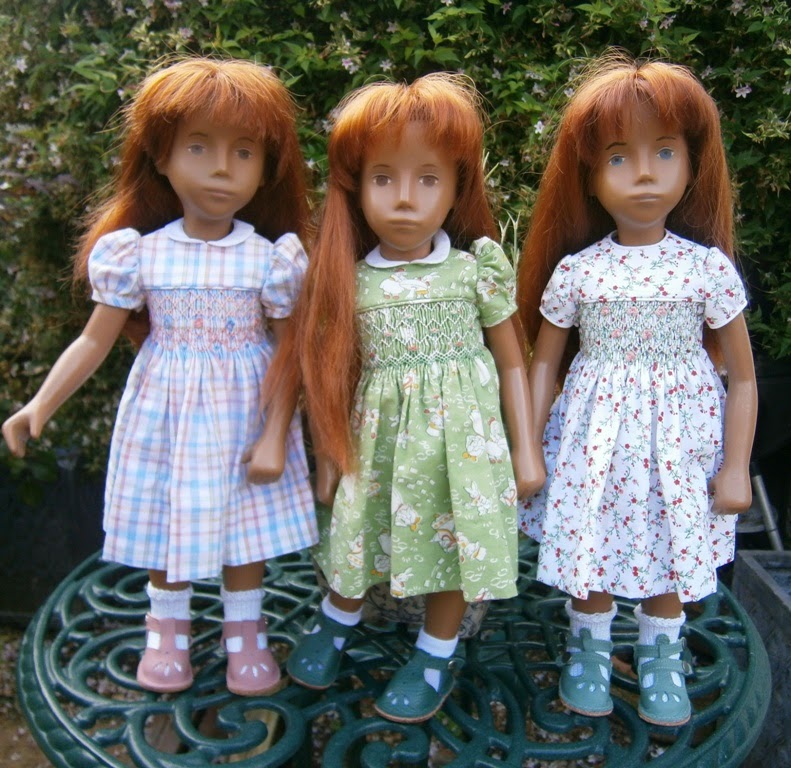 She is joined by Ginny and Martha.

Well no one is more amazed that me that I now have three red haired No Navel's! When I bought Ginny a few years back I thought that she would be my one and only, then along came the opportunity to buy Martha , one I never thought I would own! and Now Caitlin, who I was sure we would be outbid on but no! It would seem that she was meant to come here to the Sasha Village!

So Three of the four reds are now here, will a fourth ever join them? well before this post I would have said extremely unlikely but I guess it's never say never in the case of these girls.
My total of no navels now stands at EIGHT!, three reds, three blondes and two brunettes, it would have been nine if I had not sold a blonde to Michelle and I have to once again say I am not aiming for the twelve HONEST!!!!

I will show my other birthday presents in another post.