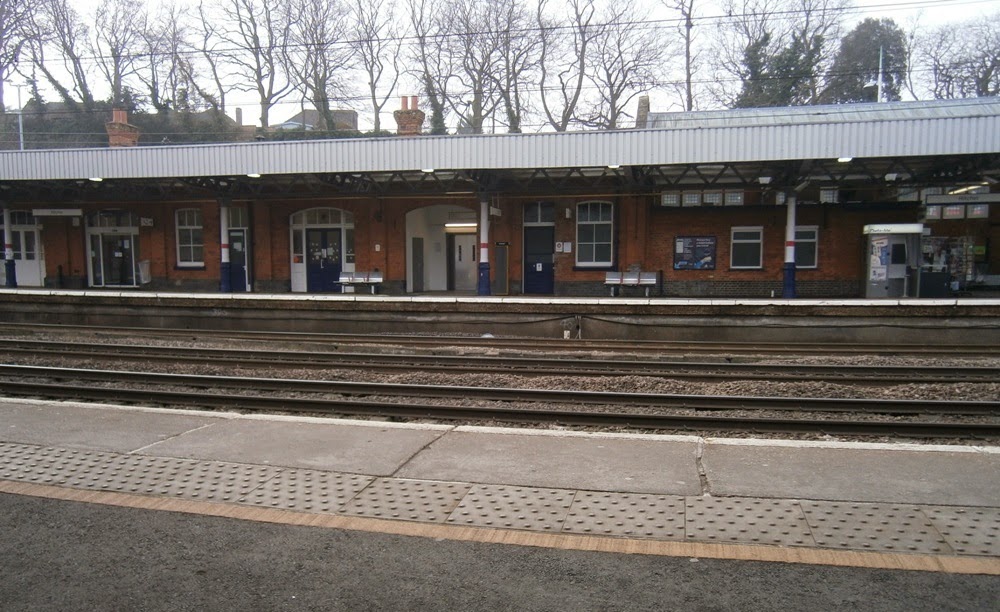 On Wednesday I had to go into London ( The big Smoke ) for an afternoon training course for work. So found myself waiting for a train at noon. 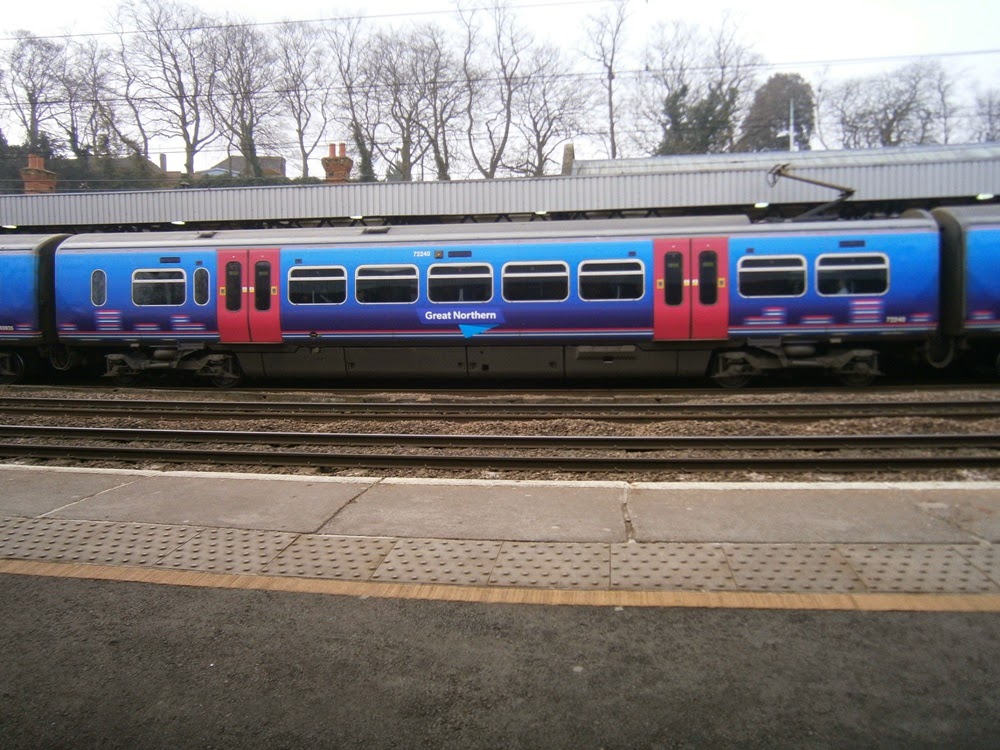 This train came in on the other platform heading towards Cambridge, while I waited for my train.

Now I received an email from Gayle , who lives in US but frequently comes to the UK with her husband for his work. She asked if I would like to meet up in London with her and a few other Sasha friends on WEDNESDAY! So it was a wonderful coincidence that it was the same day as my course, so I was able to say yes!

So on Wednesday after my course finished I went on to Russell Sq and met up with Gayle, Callie, Dawn, Catherine, Rosie and Lee and enjoyed a few hours of Sasha and other chat and a lovely meal in Giraffe in the Brunswick Centre before heading back home at around 10pm. It would have been nice to have had more time but was so lucky how things worked out.

Sorry no photo's was too busy catching up and admiring their Sasha's and their clothing. We had a great time seeing what was in several packets that had been delivered to Dawn's for Gayle to collect and take home either for the CFA at the Texas Festival or things she had purchased for herself or her friend. Lots of lovely clothes and shoes appeared making us want to buy things!!
Gayle very kindly gave everyone a skirt for their Sasha.

So Back to work Thursday and now it's Friday!! Hooray ! A non working Friday so time to rest and catch up. 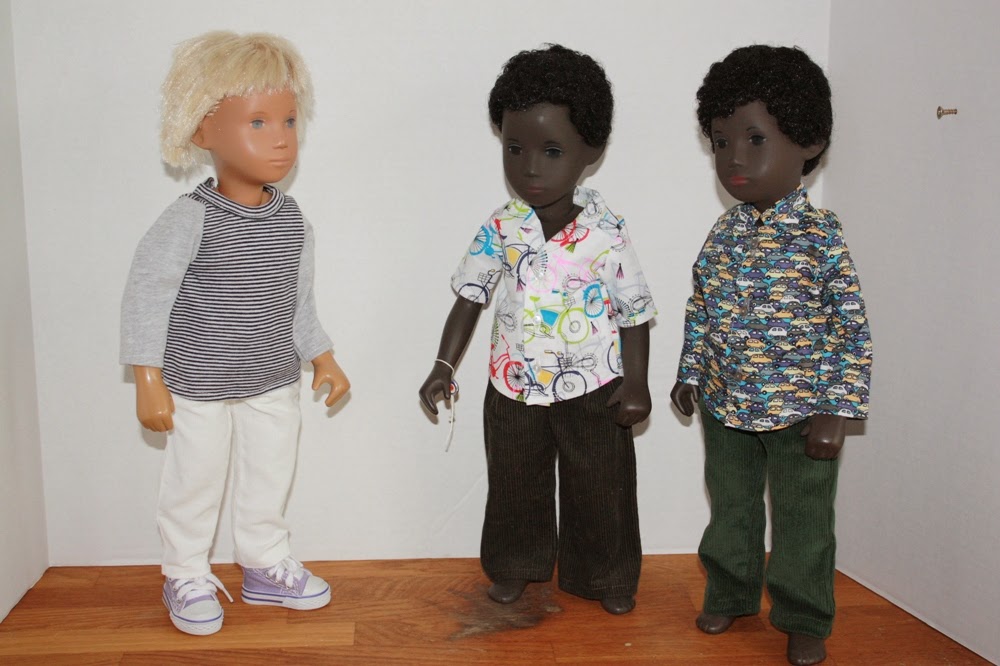 I thought I would share a couple of photo's of the twins Samuel and Sebastian who have now changed into something comfy but so far are refusing to put shoes on, saying they like the freedom of not wearing shoes indoors!
Bobby changed out of her 'Oscar' outfit and into these winter white cords by Ginny of a Passion for Sasha and a stripy top I bought off ebay a few years back. 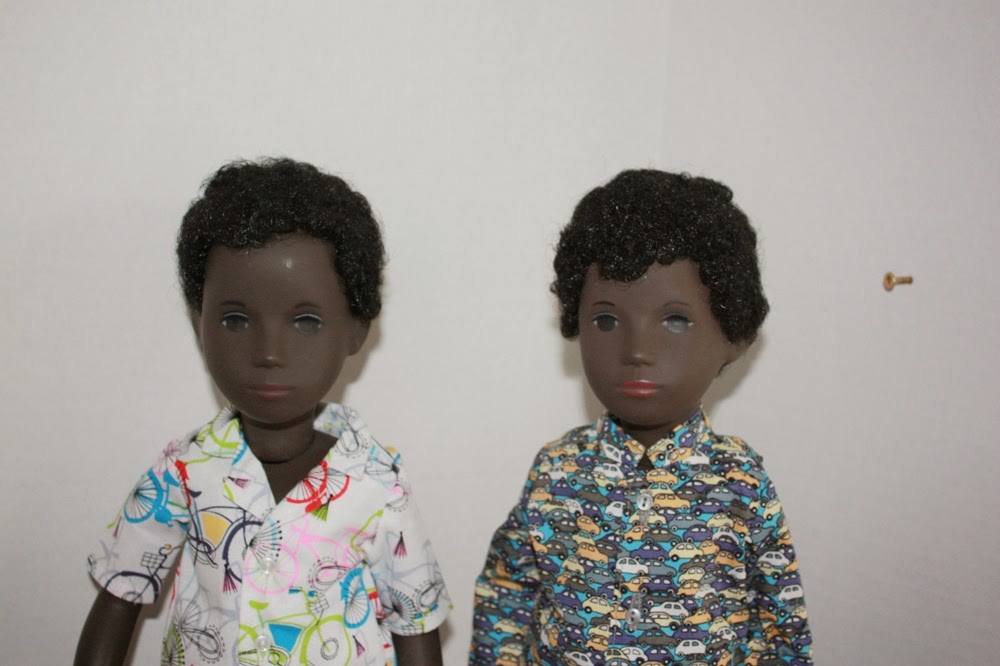 The boys are settling in well and enjoying being able to play and watch what's going on after so much time waiting for freedom from their boxes. 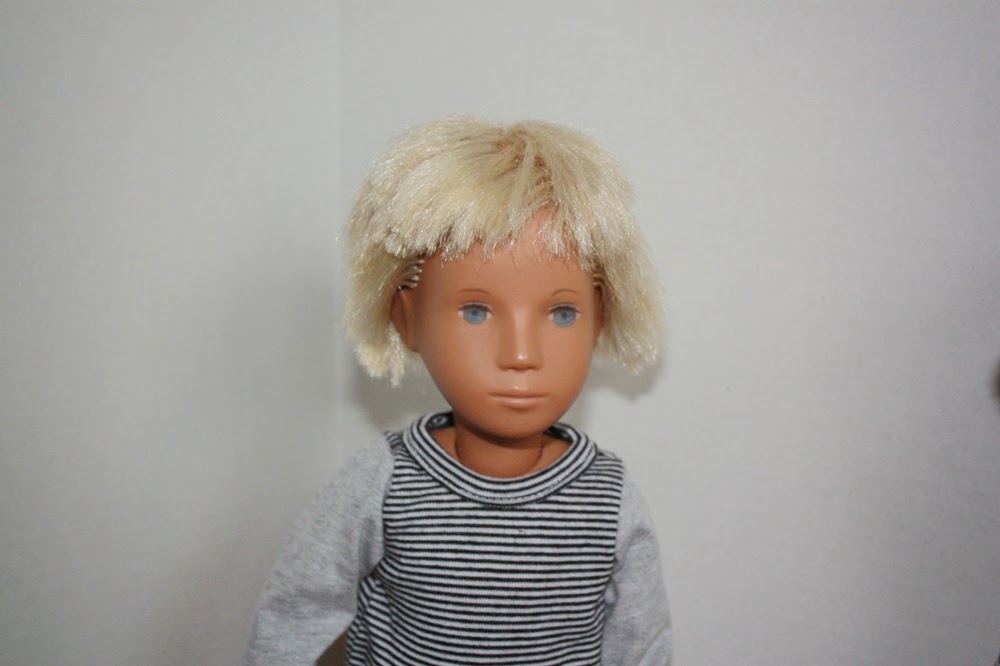 I do love Bobby or Tatty's (as I also call her ) face she's got lovely eyes and I like the length of her hair but it is Tatty!!