A lovely lady, Jan Jillson , in the USA donated three dolls to the Chat N Snap, for the raffle.
One was an almost minty Gregor , whose hair alas is falling but he is a lovely boy. 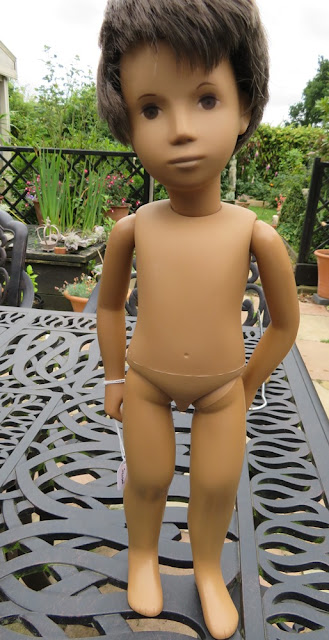 I decided to buy the boy an outfit I'd seen on ebay because it came with a pair of trainers and I thought he'd then at least have a pair of shoes.
It arrived the other day and today I finally had a chance to try it on him.

This is the shirt ! To say it's got room to grow is an understatement! It looks like he's been in his dad's wardrobe and snitched a shirt!

I decide to see if it would fit Spike. 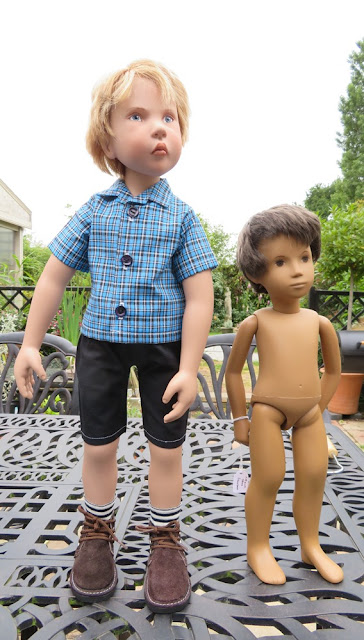 and it does, Spike is also wearing the shorts that came with the set! They did fit the Gregor, in the waist ,  but were baggy and long ! The trainers are also on the big size but thankfully not so big that they won't do.

So now I'm going to search my Gregor clothes for a t shirt and shorts or cords for the poor boy ! and since that involves moving more half a dozen boxes , I'll be posting about his new outfit another day. 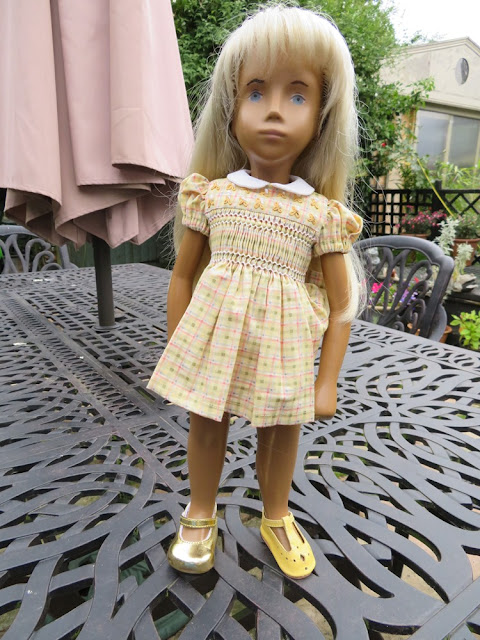 These are the shoes on the left of the photo on Ashley. The seller took offence when I said in my feedback that although the shoes fit Sasha they looked big at the front. 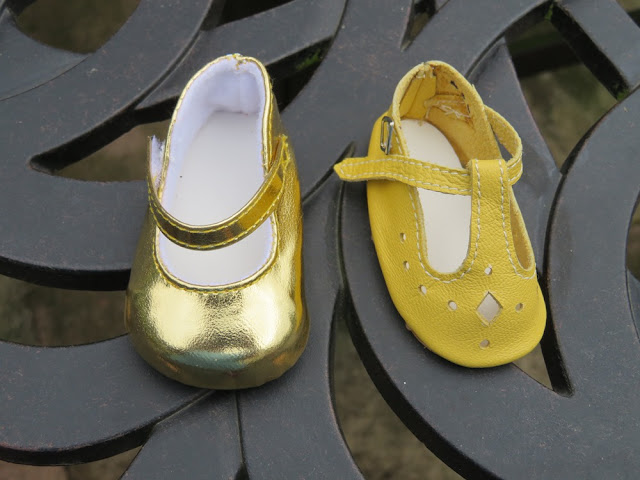 I also said that the shoes fit the Wichtel dolls, which they do as they have wide feet at the front. 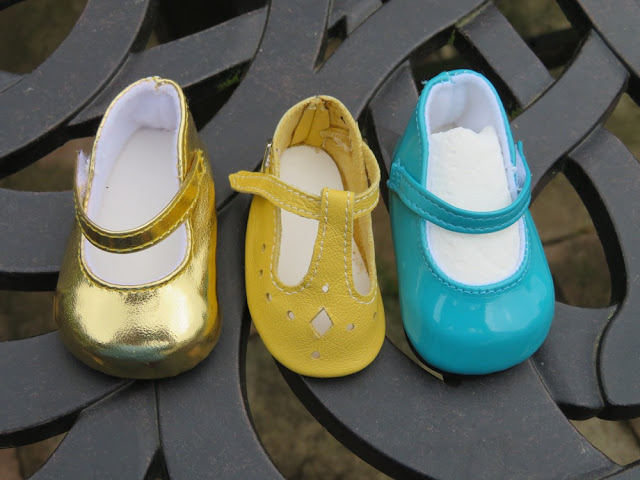 The Sasha shoe in the centre. Personnelly it was for me, at least good, they fit the Wichtels as they can wear them also. But for me these shoes look too big in the front for Sasha and sellers should be prepared to take honest feedback from their customers!