CATCHING UP WITH ME SUNDAY

Yes it's all catching up with me! To say I'm tired is an understatement , it's more the standing and walking that's doing for me. I should be fit as a fiddle by the time next Sunday comes ! or asleep on a garden bench unable to move even for an earthquake!

I meant to take a couple of nice Sasha photos but alas if I was to bend down to place them I might never managed to get up again, so it's just more garden photos. Sasha only fans look away now! 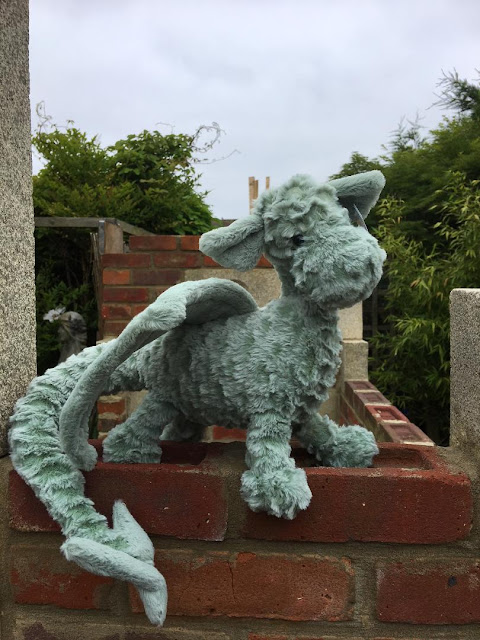 Clara had her second lot of injections the other week and had a temperature and was upset for a day as can happen , so what was Grandee to do  ! But have to buy her this sweet dragon Drake who she just happened to come across after talking to Clara's mum about her little unwell baby. 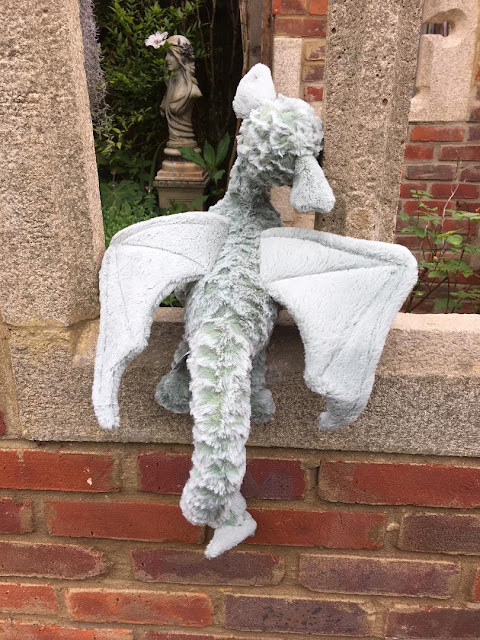 How could I resist him! So he'll be off to live with Clara after the open garden day.

Meanwhile it's been work work work on the garden ! 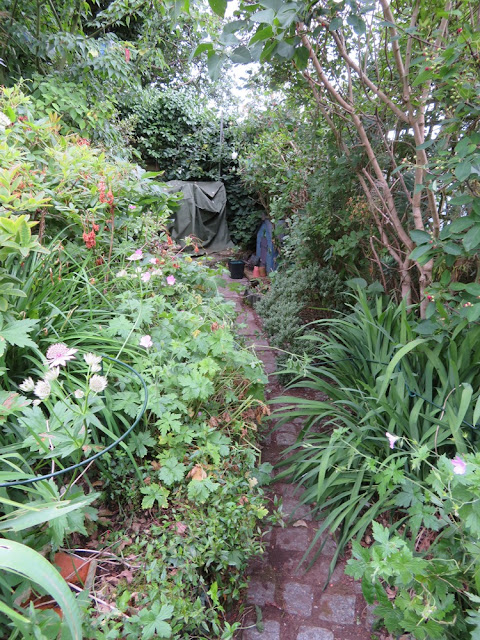 I finally sorted out the path to the back right hand side of the garden , with the little stone circle at the end with table and chairs on. 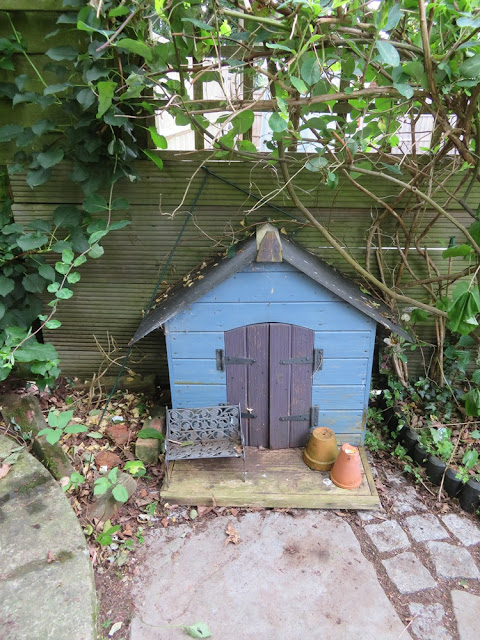 The Sasha potting shed is just awaiting for the twins to come and do some gardening. 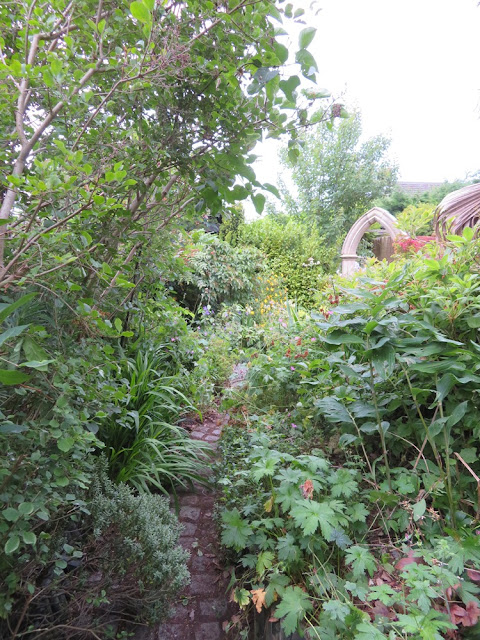 a new view now when looking back down the path from the stone circle ! 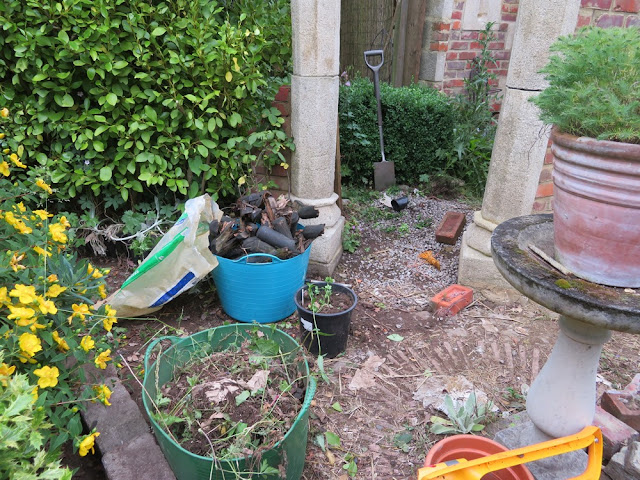 My next job tomorrow after work is clearing this section. 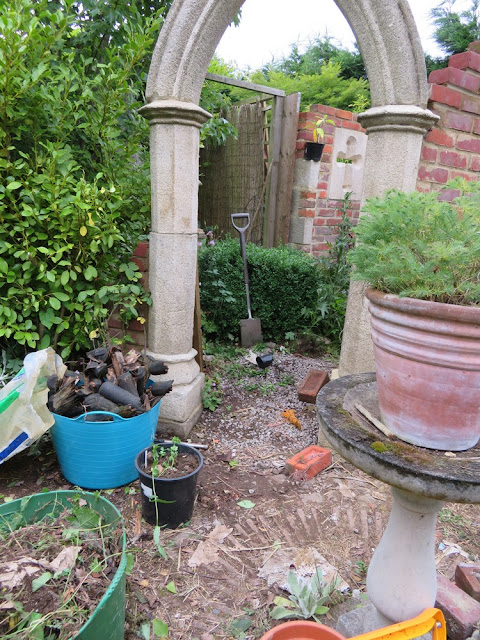 If I have time i'll sort out the area between the arch, putting in some cobble stones but not until everything else as been cleaned up. 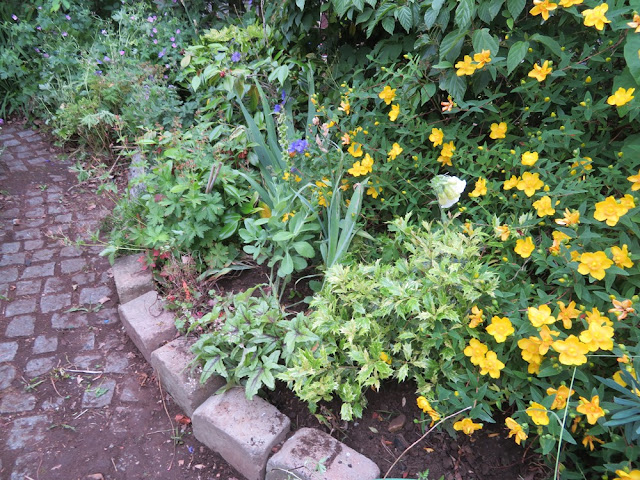 The old wooden edging is rotting away, it's lasted over ten years ,so I replaced this section with these stones to tidy it up. 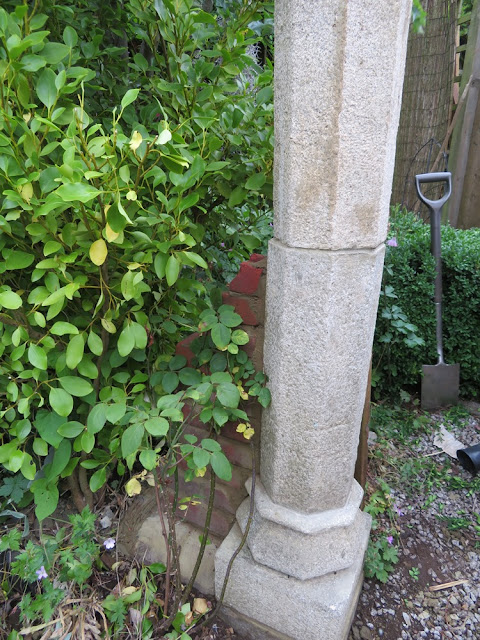 Last week Paul added a small broken looking piece of wall to this column and planted the rose against it and it's already looking like it's been there years! 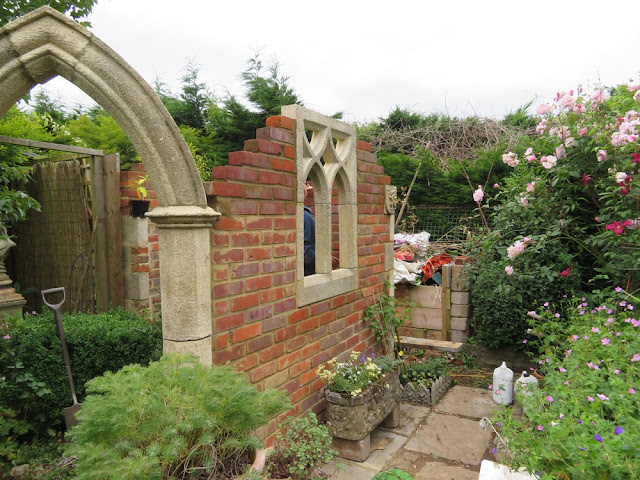 Paul's added more bricks to the long wall at the side of the folly and also some either side of the large window. He will add more to join the window to the arch but these will need to be cut to fit , so for now it will have to wait to see if he as time to do it before the open day but it's nice to finally see the window surrounded by brickwork. 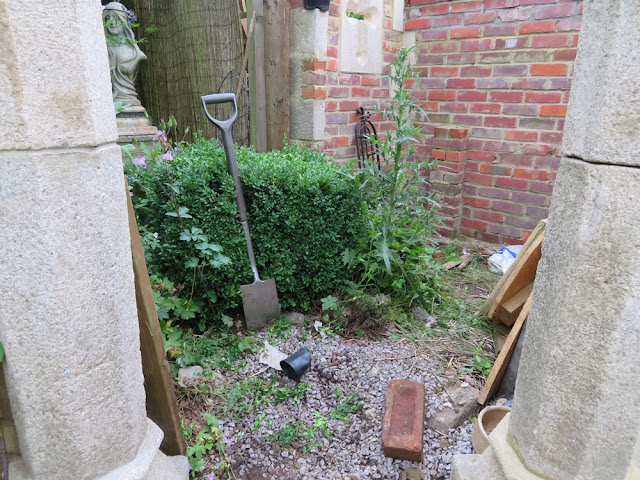 The box square is too big to stay in the new area of the folly, so it had to go! 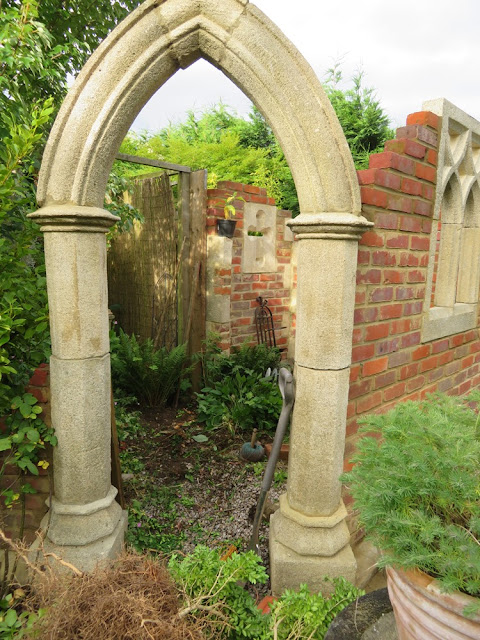 Now it's gone, unfortunately there's nowhere else big enough to place it, so it's off to the recycling.

So no more work on folly unless we've finished everything else, until after the open gardens.

Well that's what I've been up to this weekend , I hope you've all had a lovely one and all those Dad's have been spoilt.  And yes Paul did get a lie in and a lovely full English breakfast cooked for him by Lindsey. Before he was back outside getting on with the folly!

So have a great week .