Well it's work work work here at the moment ! Trying to get the garden ready for the open day plus sorting out the studio and the house! 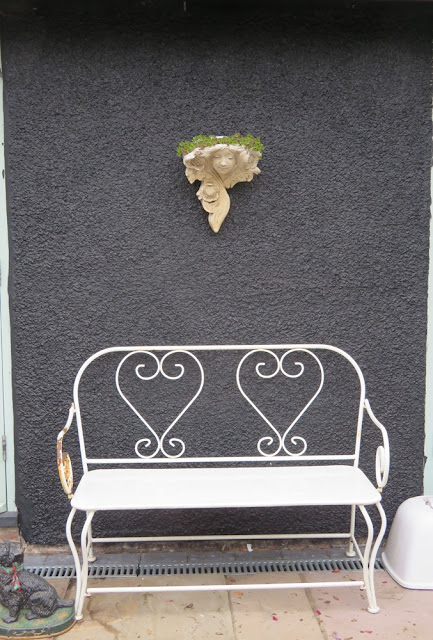 I finally got the part of the wall between the two sets of doors painted black and then the planter which had waited patiently in against the seating in the flower garden could go up. 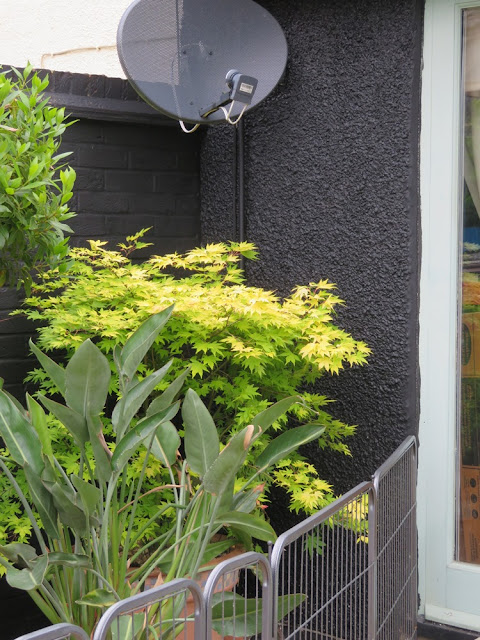 We also got the final piece of wall painted between us, the dog's playpen/holding pen has come in very handy for stopping him getting in the way while we paint . 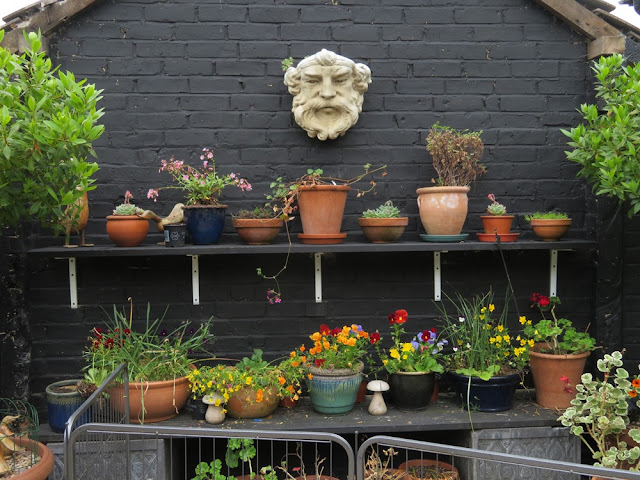 A shelf has gone up on the wall under Neptune unfortunately we could not get black brackets but we'll paint them later. 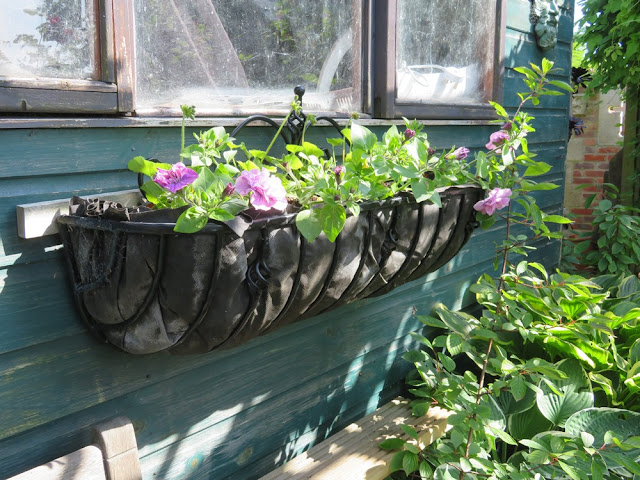 Today's been a day for planting some of the containers, like this window box on the workshop. 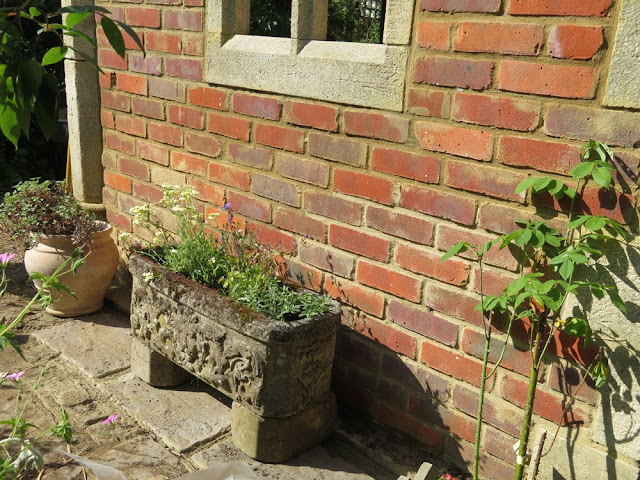 Yesterday we finally made good the area in front of the folly wall and so today I could plant up the old lion head trough that's been patiently waiting to be used since we got it last year. Plus we've replanted the Gertrude Jekyll rose on the right hand corner , to grow up the folly wall. 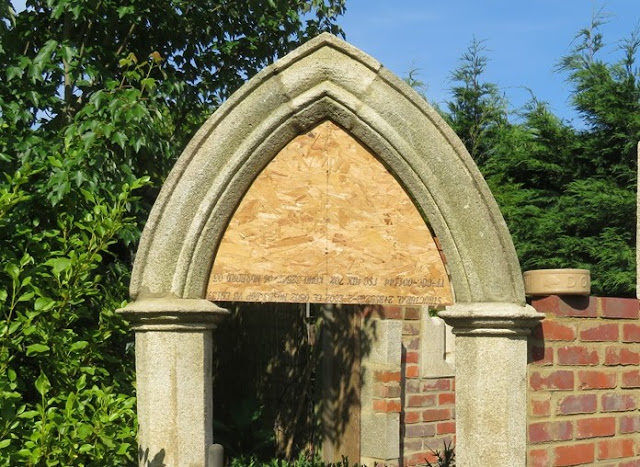 Plus yesterday Paul put in the arch to the doorway ! He was annoyed that the pieces do not fit together as well as he had hoped , due to how they are made, not how he fitted them but he made the best of it. Roy came over to lend some muscle because they are incredible heavy and had to be put in dry , then taken out , then put in again then a couple of parts moved about, then adjusted trying to get a good a fit as possible. 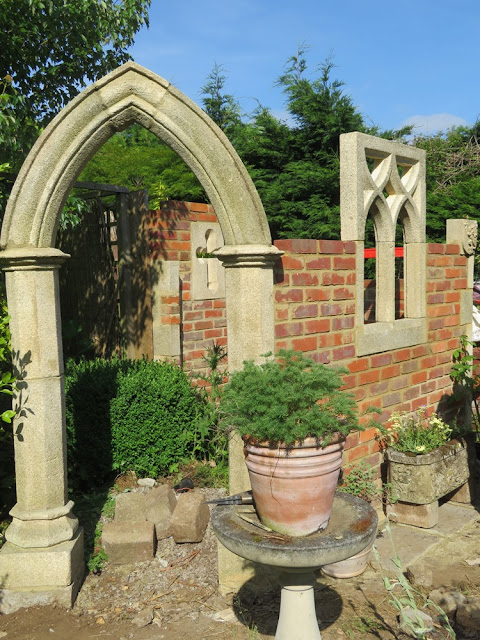 So finally we have a doorway! still lots to do, more brickwork between arch and window and also window and corner and also long back wall!
Sorting out the inside floor will be the very last thing we do and will probably not happen until after the open day .

Well I've had a little sit down while I did this post , so it's back out into the garden because it's still daylight and there's still loads to do. Sorry no dolls in this post today.

Have a lovely week and enjoy this lovely warm and sunny weather.