DECEMBER BEAR OF THE MONTH

The bear of the Month is a newcomer to the village. 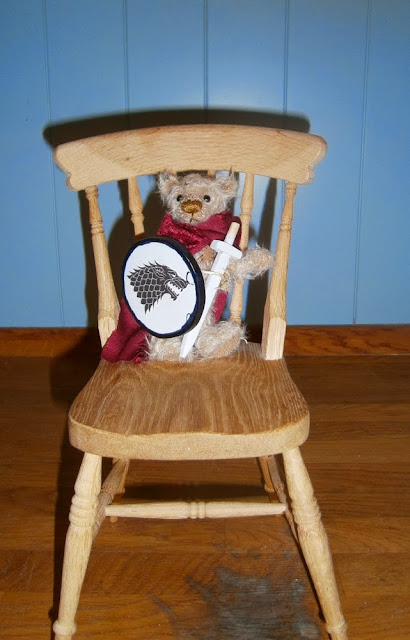 Walter Wolfson arrived with Erik our new 68 NP eyed boy. A lovely handsome lad who believes he is a Viking! Walter is his second in command and right hand bear! 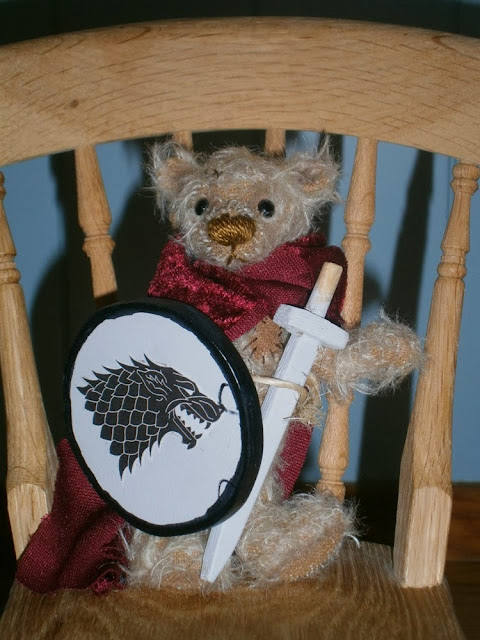 He wears his cloak and carries his sword and shield everywhere! When we have told him he could leave it in the cupboard by the door, he's looked amazed and asked us now we will defend ourselves from attack if our swords and shields are not beside us!

We have tried explaining  but he just smile sadly and says he'll do his best to protect us all but his master Erik will be his main person to protect. 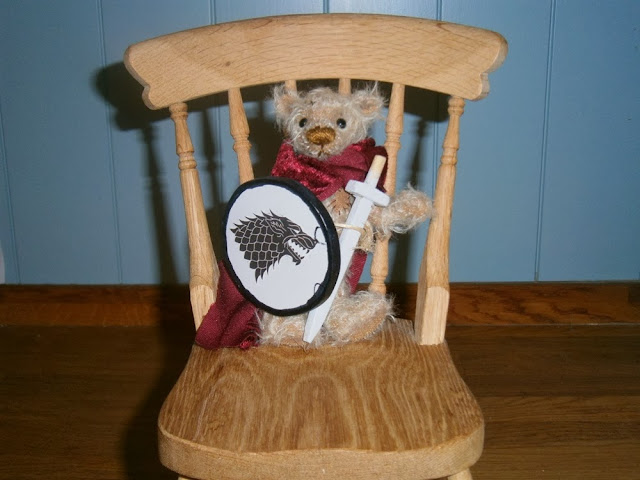 He bares many scars and patches, so is a seasoned warrior. The other bears say they feel safer sleeping in their beds since he's arrived!

So if ever the country's overrun by Vikings make for the village, where Walter Wolfson and Erik Christenson  will do their best to protect everyone.