Well we here in the village are slowly moving into the new studio. Of course while this happens things are being rediscovered !

Granny Fortuna was seen dancing a jig! but when spotted immediately stopped and grabbed her back as if in pain before hurrying off in search of Bruno and a cart? She's not been seen since. This was while I had the old studio open and was looking at what to move first !

It would appear I have things in many sizes ! So carrying a few items down to the new studio and trying to place them I realised that the top shelf which I really wanted to keep for a few room setting would soon be covered in props!

So this set me to thinking and rearranging ,in my mind, and then a trip indoors and onto the internet to order a shelving unit with glass doors, to go beside the writing bureau in the left hand corner which will hopefully take a good selection of the props and which I can also use for some of the dolls maybe.
Having the door in glass will allow me to find things much easier and also see what I've got. 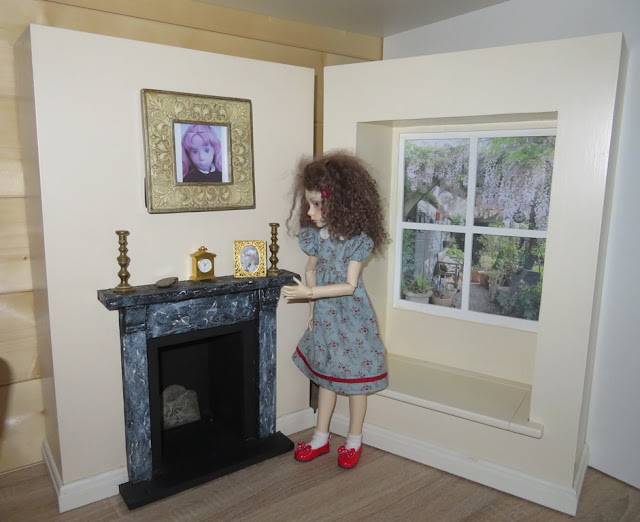 I moved the two piece that Paul made me based on the American Girl ones. onto the large room setting but I think they may take up too much space, so may land up being used just as backdrops, well the fireplace one.
The window seat would make a good display for a doll or two. I just need to find where I stored it's seat cushion. 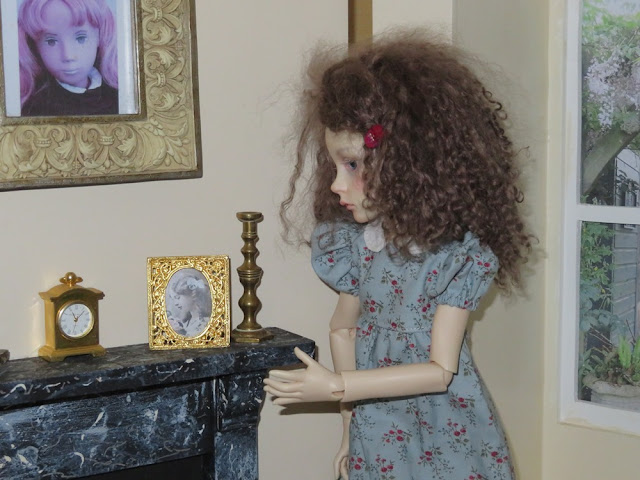 This girl is a Dollstown Bjd doll, I bought from a friend recently. I have called her Phoebe and she's getting used to things. 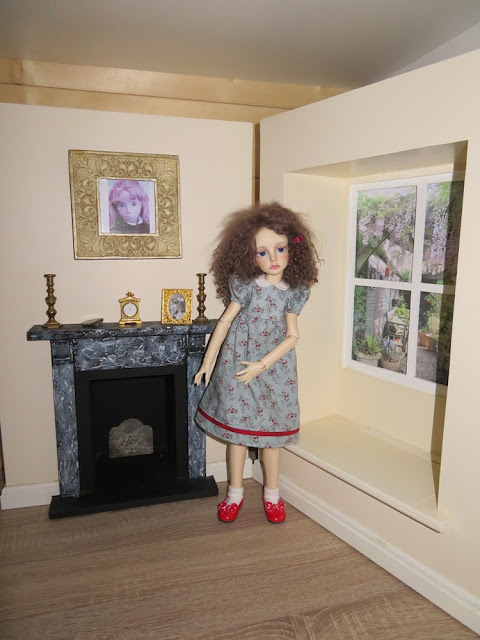 I used Phoebe in the photos as I wanted one for a group I'm on and I wanted to see what she'd look like against these. 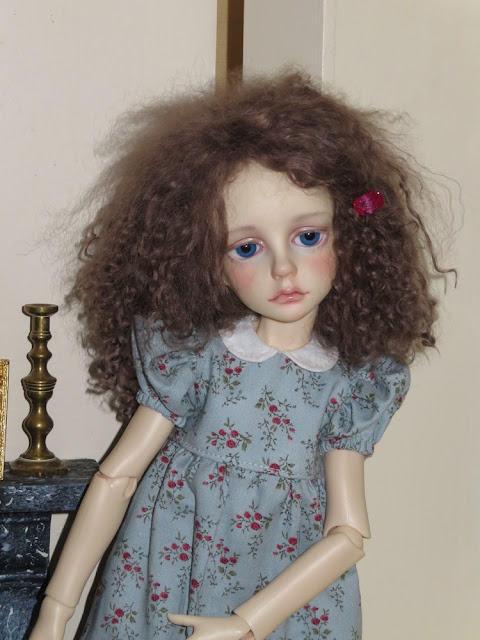 A closer look at Phoebe's face. 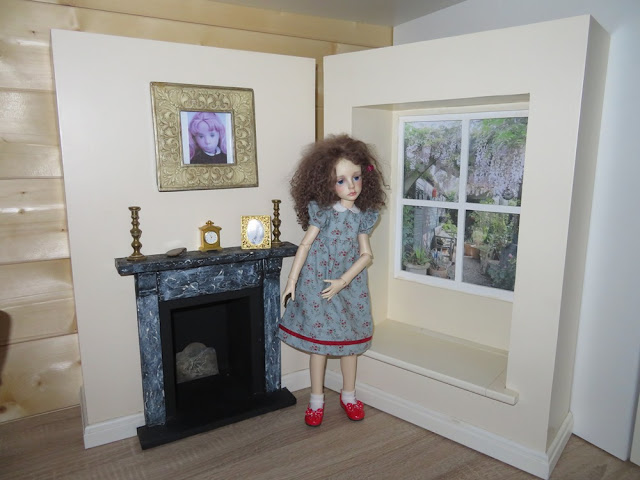 So if these are a little too big for the space, it means they need a space where they can shine! While waiting to be used......