ANY ROOM FOR ME?

Catherine (Kate) had been out helping deliver last minute present's to her friends who
had been away for Christmas and was wearing her new Christmas dress and hat. 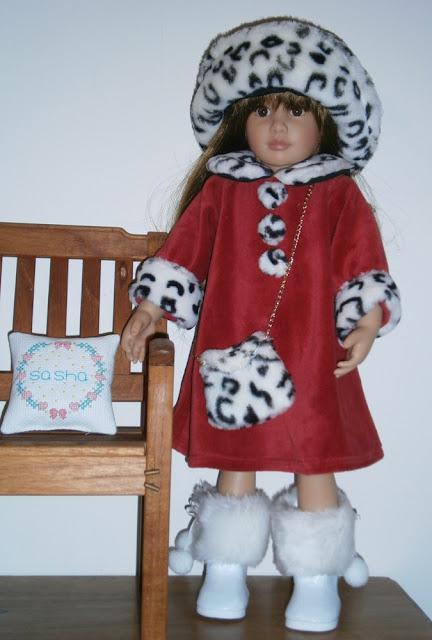 Coming in, she is tired from all the walking and decides to rest on the new bench. 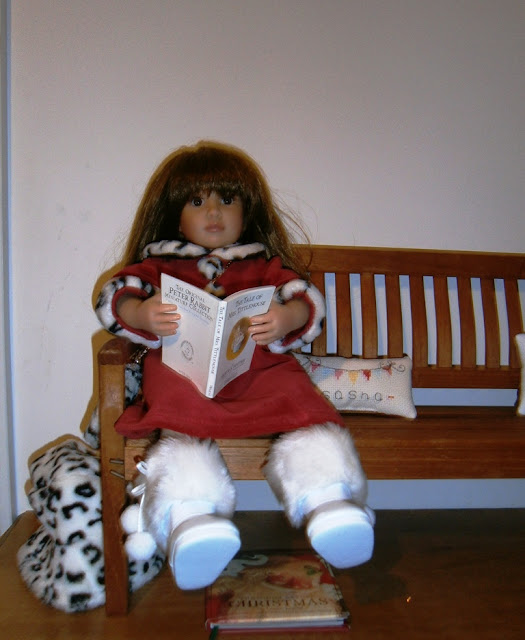 dropping her hat on the floor! She pulls out the tale of Mrs Tittlemouse and settles down for a nice read in the quiet. 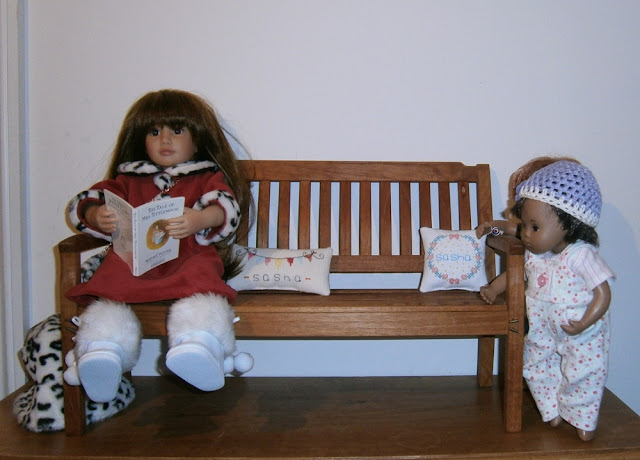 Kate has barely read the first few words when Minnie and George Arrive! seeing Kate with a book they are quick to act.. 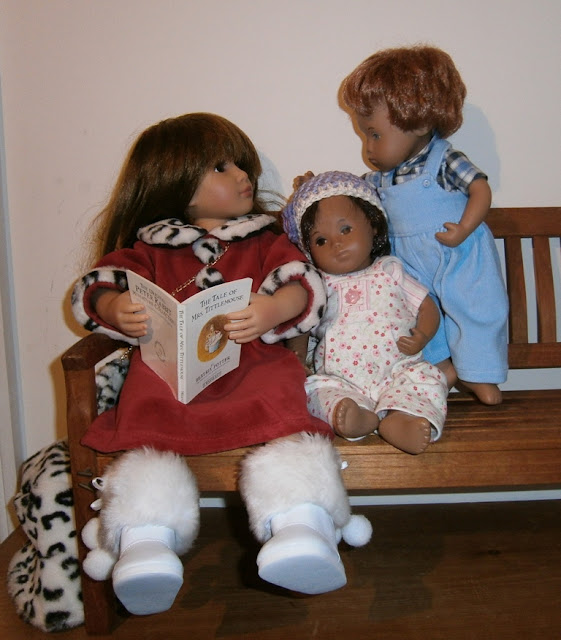 In no time , Minnie is snuggled down beside Kate and George is asking her to read aloud to them
" Of course I will ,scamp" laughs Kate.
And she starts from the beginning. 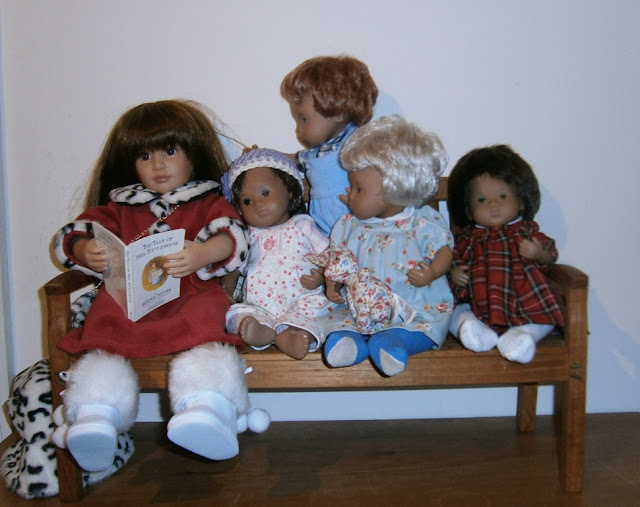 While she reads aloud, two more of the babies arrive and settle down to listen, Rosie with her bunny and Maria who feeling tired sits back against the cushion. 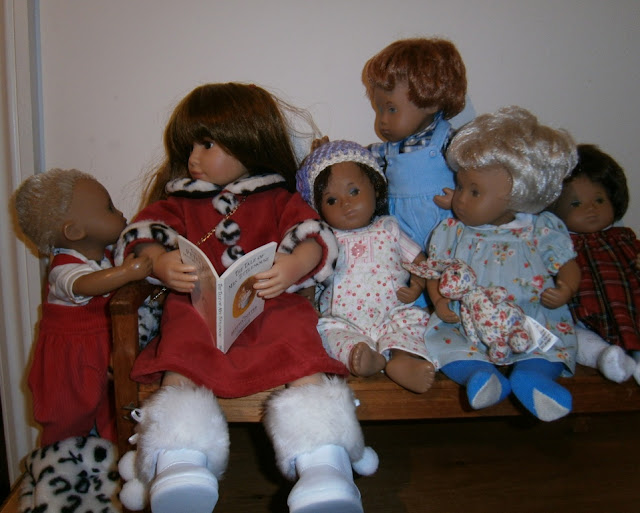 Suddenly a voice demands " Me! Me! " Kate turns to see Elton Ron at her side demanding to get up on the bench. 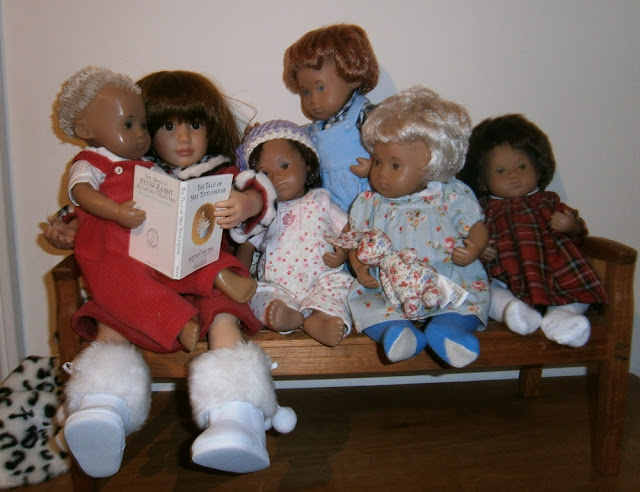 Soon Elton Ron's is helping Kate hold the book and looking at the picture's while Kate continues to read aloud. 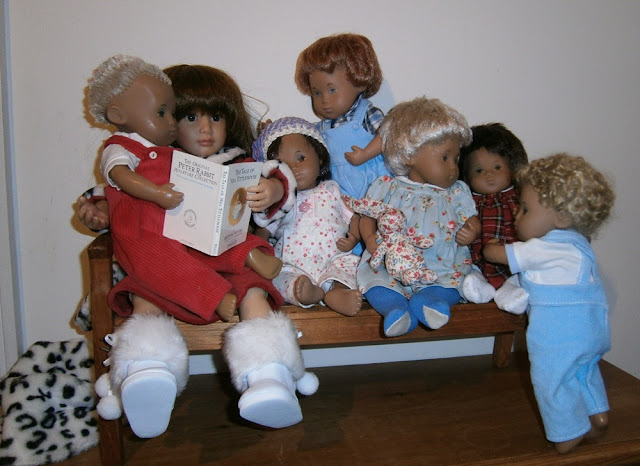 Now Quinn's arrived  and is trying to squeeze on the bench but Rosie is protesting that there is no room for any more! 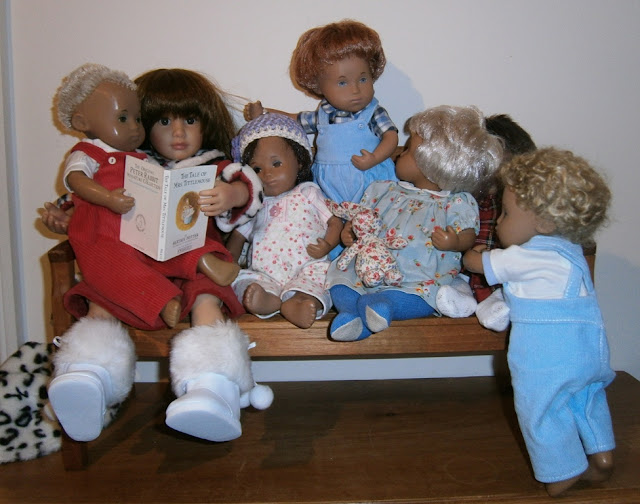 George taps Rosie on the shoulder and says that Quinn can stand up behind him, if Maria moves forward. Kate tries to ignore all the commotion or she'll never get to the end of the book! 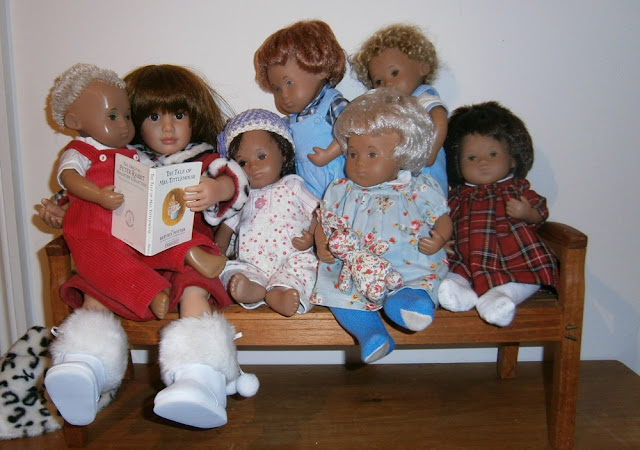 After a bit or pushing and shoving and a moan or two, Quinn is finally standing behind George listening to Kate tell the Tale of Mrs Tittlemouse. 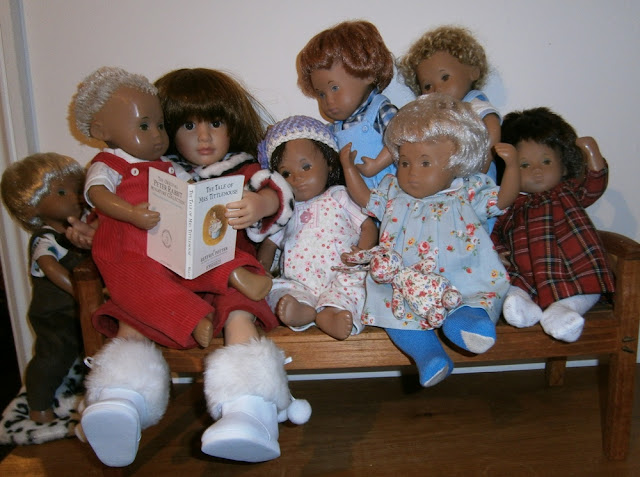 "LO ! " calls Freddie from behind Elton Ron " Lo! Me sit "
Rosie and  Maria throw up their hands in despair , where is Freddie to sit!
Before the girl's can start crying  Kate stops reading and spends a few minutes moving everyone about . 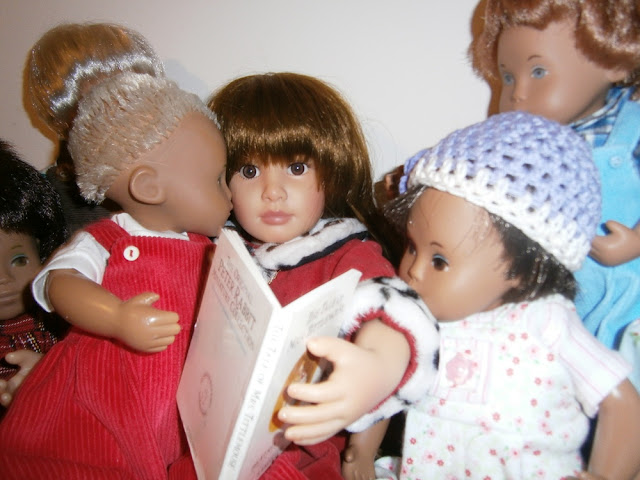 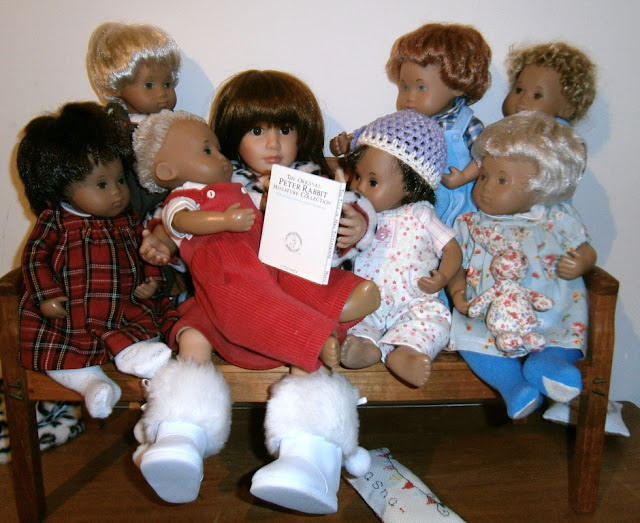 " Ok " says Kate " is everyone happy? " The babies all nod and say Yes, Elton Ron who is now quite tired settles down and Kate continues to read the rest of the story.. 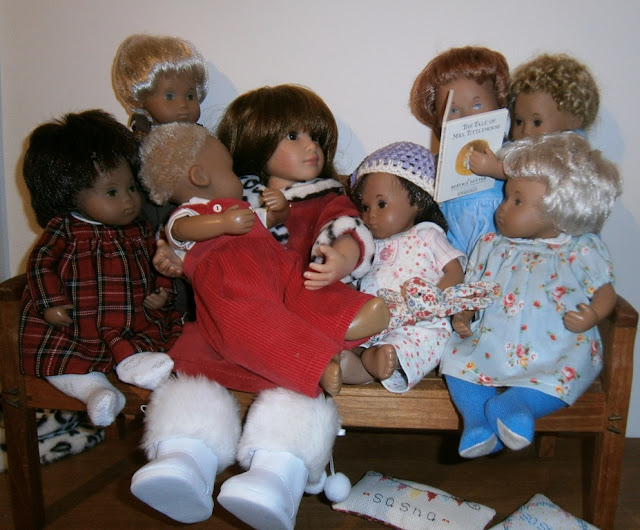 Every so often she passes the book over to George and Quinn so they can look at the pictures being careful not to wake ER who is sleeping on her lap. 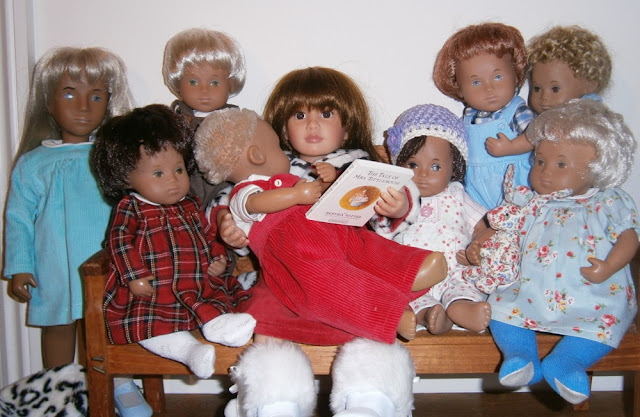 Just as she finishes , Kate realises that Ashley is standing quietly at the back " I hope you are not wanting to sit down? " she asks
" No " laughs Ashley " I have come to get the babies for their bath , it's nearly time for them to go to bed"
The babies, those still awake, grumble until Kate promises to read them another story once they are all tucked up! It's lucky that Kate loves to read !

I have used Kate ,my Kidz n Cats Girl (Lena) who lives with the clan in the village, she arrived along with her brother William just in time for the Royal wedding a couple of year ago, which of course is why they have the names William and Catherine. Being an 18inch girl with movable joins she is able to sit and hold the babies and books easily.