For several years when I have visited my local garden centre I have admired something that was sitting on a shelf in their office area.Then when I started to collect my Sasha clan I thought it would be a really useful item to have and thought of asking if they would sell it to me.

Then this year they had a small revamp and the office area changed and it was a while before I saw the item was still there sitting on a different shelf, I said to the DH that I was tempted to make them an offer but always just carried on out of the shop.

So today when I went in and was making my purchases I looked but could not see it, then as I was leaving I looked round the wall and it was there on the shelf with a couple of letters or papers thrown on , unloved and maybe unwanted? The man who owns the garden centre was talking to a customer, so again I left but once outside realised I'd not bought the Christmas wreath for the front door. So I put my shopping in the car then returned and spent a little time selecting a wreath.

I returned inside and paid for the wreath, then as I was leaving I saw that the owner had returned to his office, I decided that I would finally ask!

So I did and he said YES!!! WOO HOO !! One very happy person left the garden centre with something she'd been coveting for at least five years and at half the price she was willing to pay!!

It's been unloved and will need a wash and brush up and a small repair but it's mine!!

Oh of course you'd like to know what all the fuss is about! well here is a picture of it when I got it home... 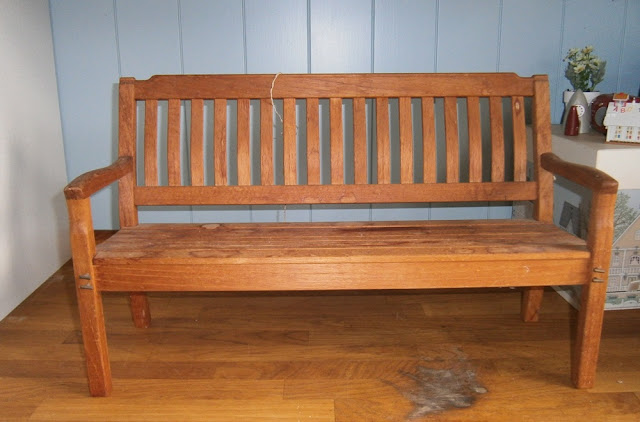 It is a beautiful made replica of a garden bench that is sold in the garden centre.Used to show what can be bought and the quality of the work. 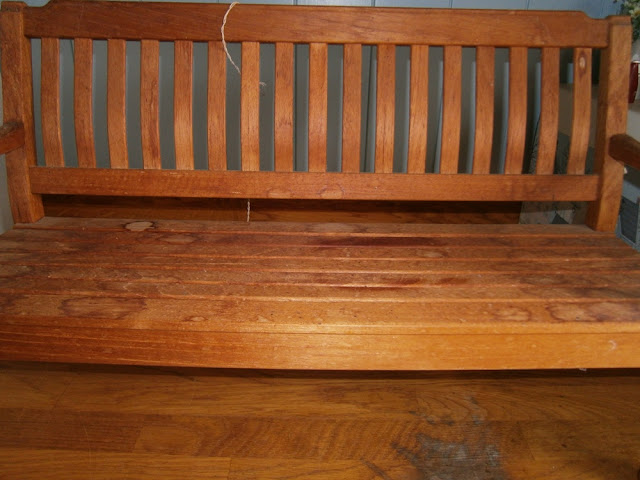 It does have some water stains but these can be removed with a bit of sanding and it needs on arm reattached at the back but other than that it's perfect.

Unfortunately the DH is away overnight on his work's Christmas do in Hereford, so I will have to wait for him to come back and give it his attention!But I cleaned it up and some of the girl's offered to sit on it . 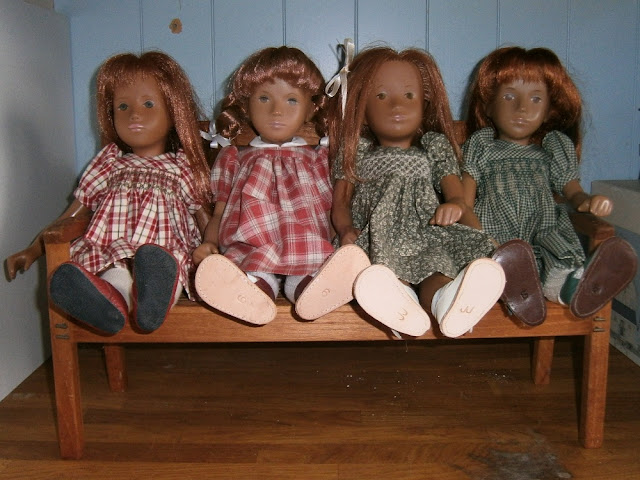 They all said they felt very comfortable and four was a perfect number. 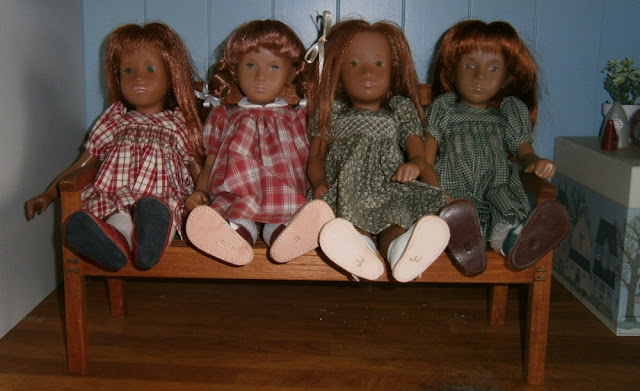 They thought it would be very nice to sit on in the garden next summer and was I going to make it a padded cushion?
How much did I get this little gem for? £20 !

So the moral of this story? It is always worth asking! I could have asked and he could have said No but at least I would have stopped wondering. BUT he said YES! So now this little bench will have a place and be used, and yes he did say " I suppose you must have a use for it" and I replied " It's for my grandchildren......no I did not! .....I said Yes.. I am going to use it to display dolls " handed over my £20 Thanked him wished him Merry Christmas and sang Christmas carols at the top of my voice all the way home......