Today is not so hot, so Gertrude and Aimee have taken themselves out into the garden to enjoy the slightly cooler weather while it lasts.
They sit on the end of the garden bench , where Reuben seems to enjoy sitting, whatever the weather! 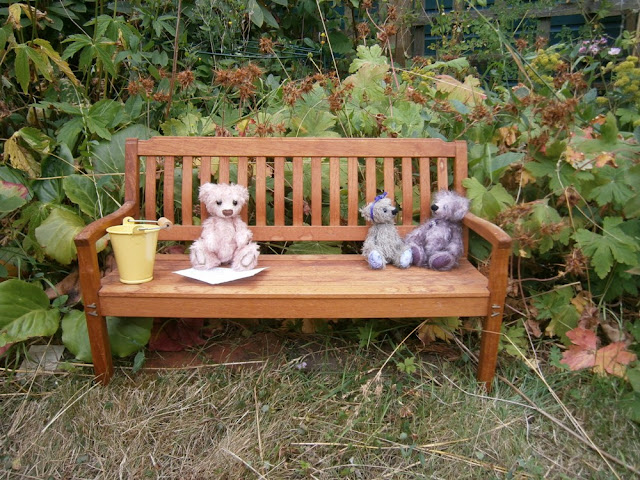 "Is he still writing that letter?" asks Gerty
" No I think this is another one !" Aimee replies 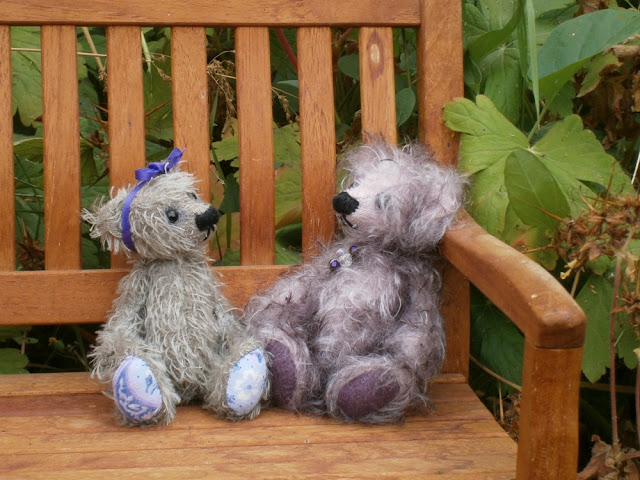 "Did he get a reply from the last one? "
" I do not think so "
" Oh well that's probably why he's writing again " says Gerty
" Yes to tell Mr Steve how he loves it here with us!" says Aimee happily. 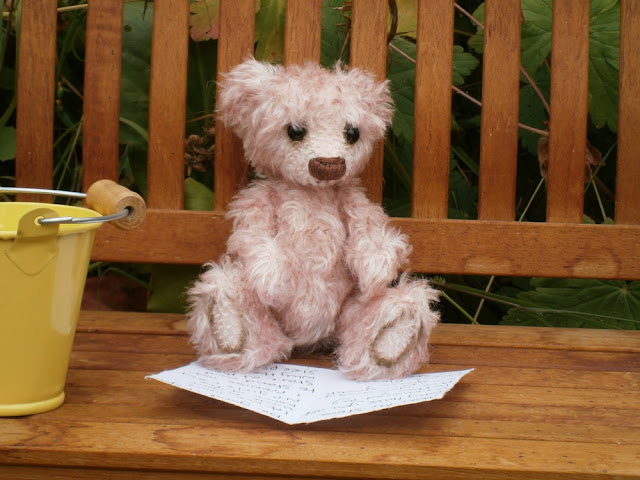 "Mm " wonders Reuben " Should I tell Mr Steve they put a bucket on my head? No maybe not he may think it was my fault!" 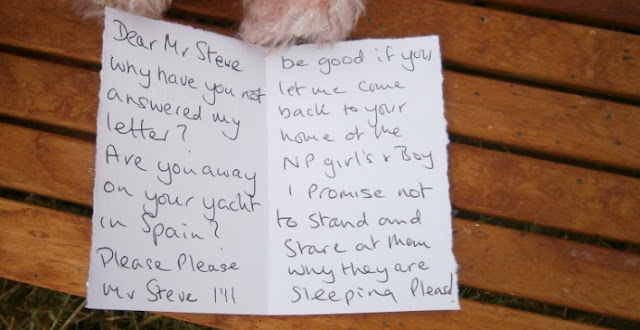 Mm looks like he is still not settling in..... 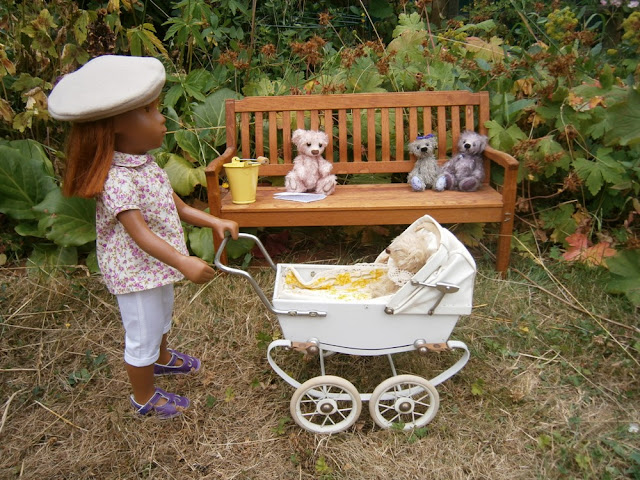 Just then Marcie stops by with Edith in the pram.
"Bonjour ma petite Ours"
"Bonjour Marcie !" chime Gerty and Aimee back 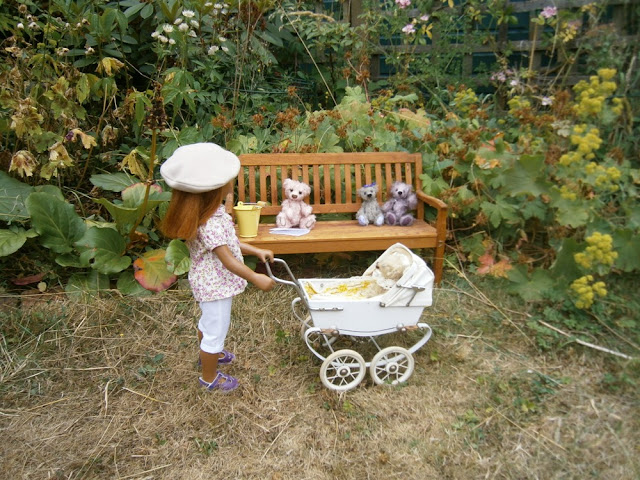 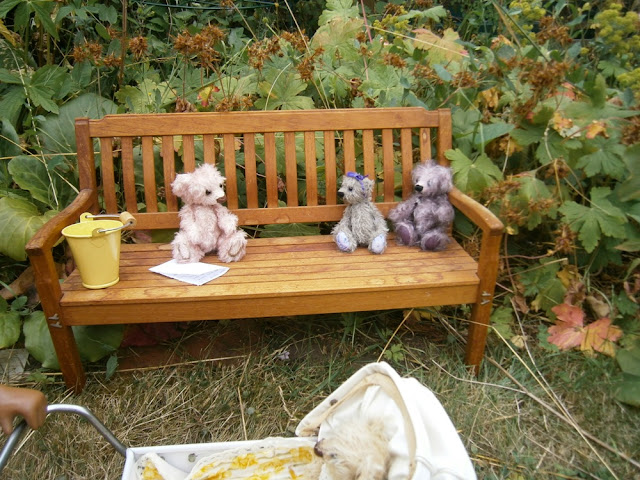 Reuben looks over at Gerty and Aimee " Did you understand what she just said?"
Aimee laughs " Of course I do, she said she's off to see the dragon!"
" Even I understood that " barks Reuben " The other bit!"
" Oh That " says Aimee " oh she said she's seeing Bonnie Charlie ! He lives over the back by the pub The Duck and Hound! Nice lad  such a laugh! that's why he's called Bonnie !
Reuben looks impressed . 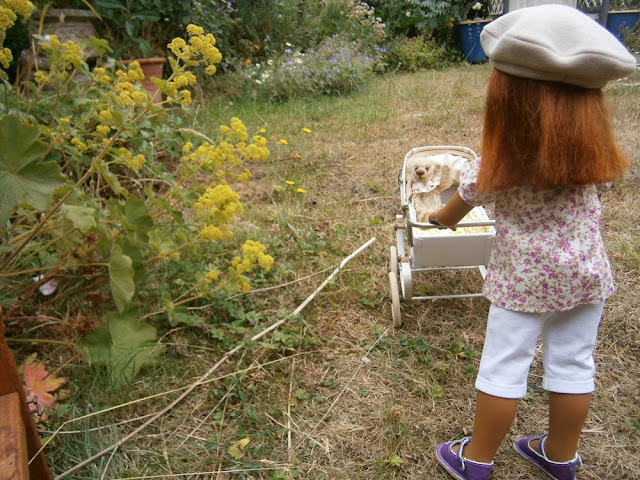 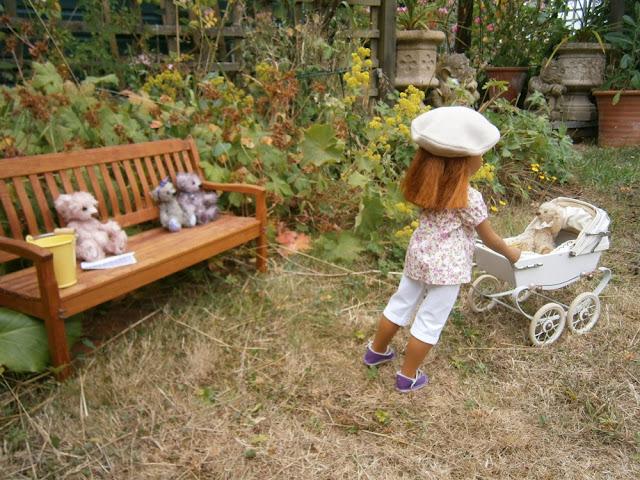 " Au reeevoir " calls the girl's
"Do you think she minds having a waif for a mistress? " asks Reuben 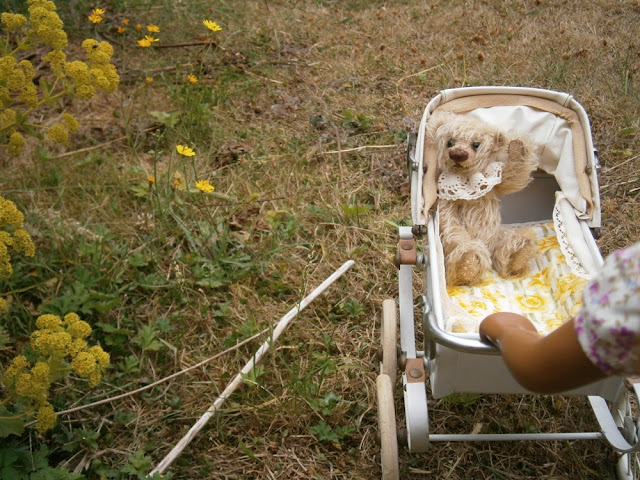 " Mm " thinks Reuben " she may be smiling but he thinks he's just been insulted! Anyway no time to lose I must post my letter !"
He gets up and carrying the bucket goes off. 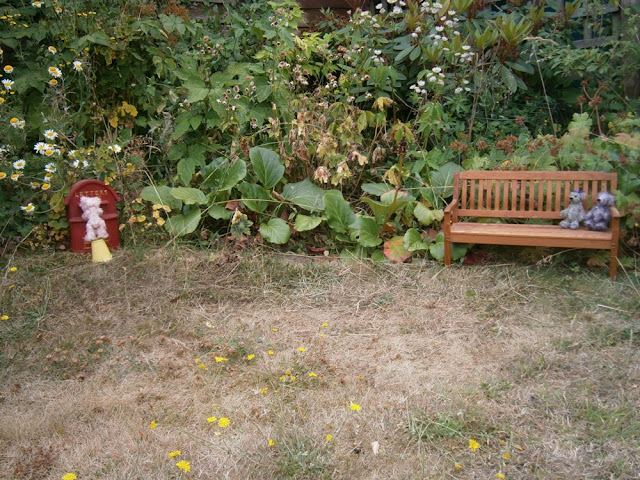 The girls watch from the bench. 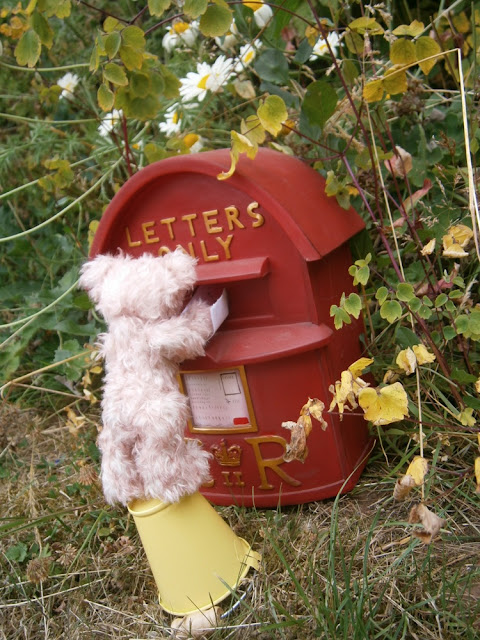 They watch as Reuben stands on the up turned bucket so he can post his letter in the post box.
"What's he doing? " asks Gerty confused
" Posting his letter to Mr Steve " says Aimee
" Is that where he posted the last one? "
" Yes" 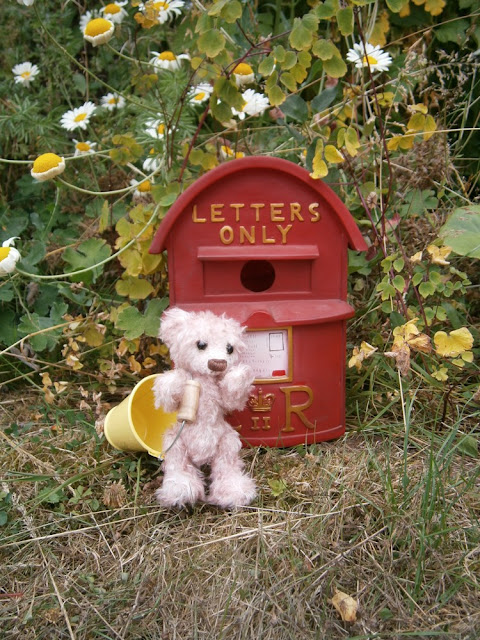 A happy Reuben picks up his bucket and heads off, He is sure that Mr Steve , who is a kind hearted soul, will not be able to leave him in this place once he receives this letter!. 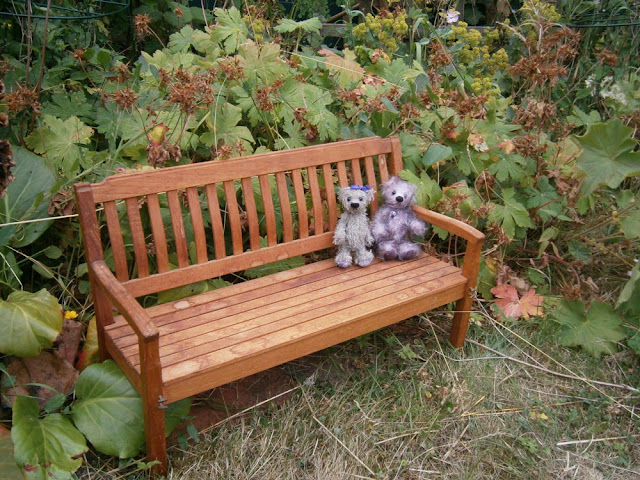 " Should we will tell him that's a bird nesting box, that Mr Dad's not put up yet? " asks Gerty
" No! Look how happy he is ! " Says Aimee " and he is helping the bird that makes that it's home by putting in that paper for nesting "......