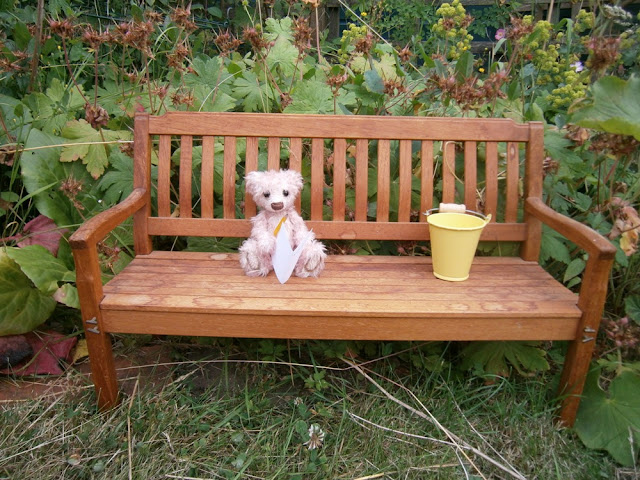 Reuben is sitting in the garden still waiting for Melinda?  Roberta? to arrive and hear what he wants to say! 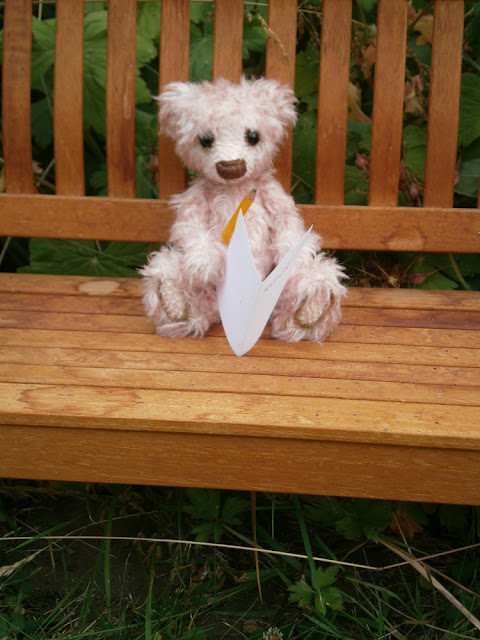 While waiting he has been writing a note to Mister Steve, I wonder what it says? 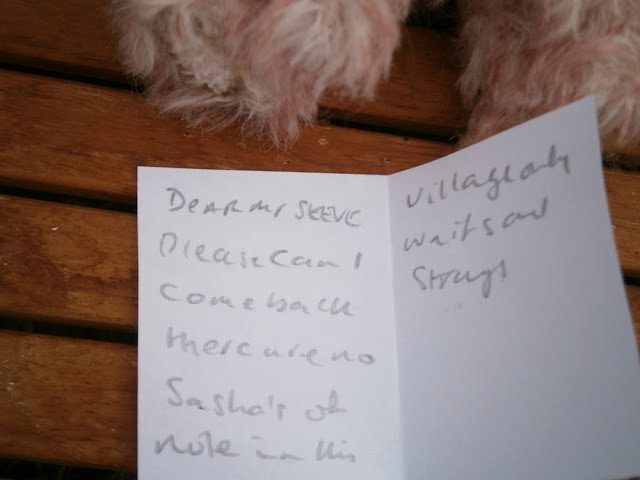 Mm looks like he is not settling in yet! 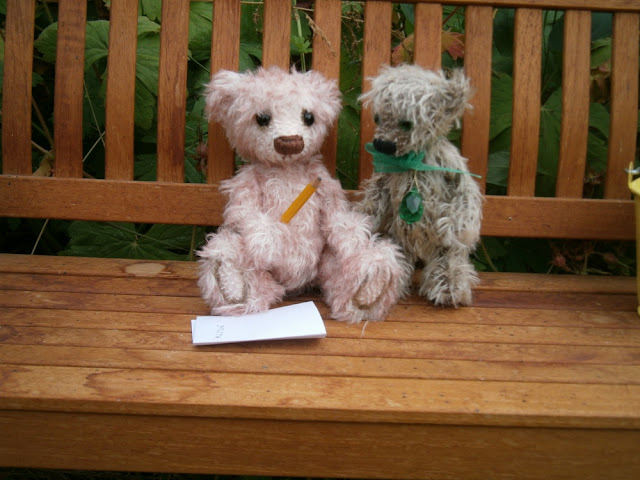 "Hello " says Mossy " who are you writing to?"
Reuben quickly closes and puts his foot on the letter.
" A dear friend" replies Reuben 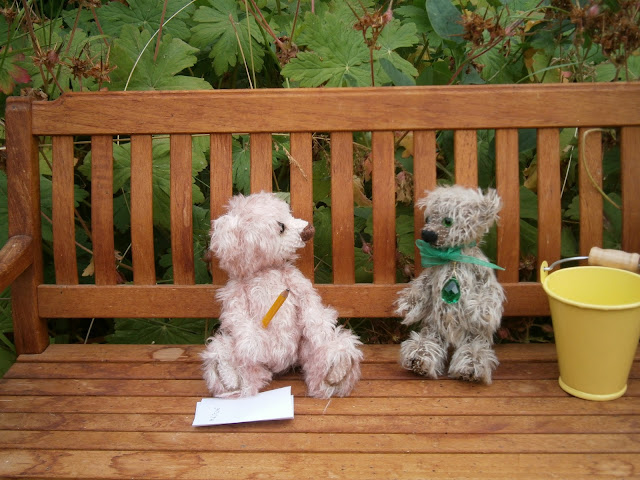 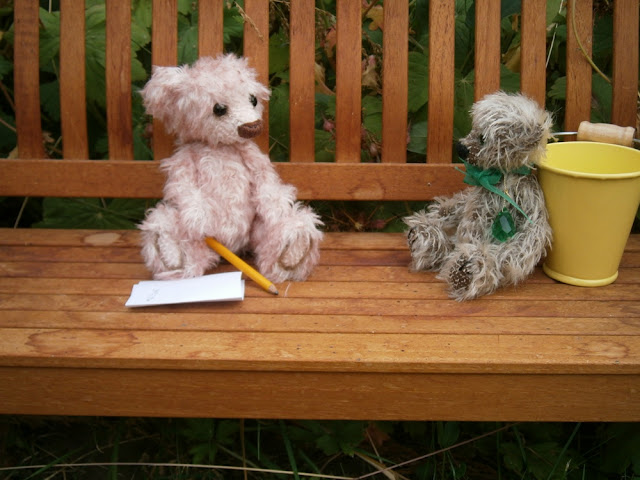 "...and I was led to believe that the village was filled with quality Sasha's and Gregor's " Reuben carries on, while Mossy listens wide eyed! 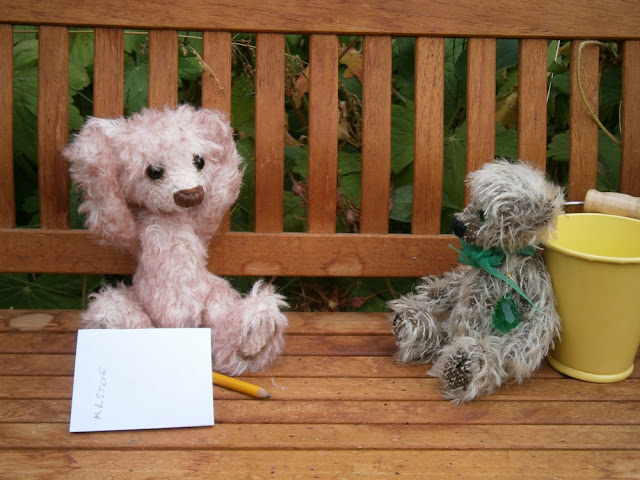 "Only to find I have been duped ! " he throws his arms up "It's really full of Sasha of suspicious origins and age! why I could NEVER lower my standards to be the bear of a ....WAIF!" he says the last word with disgust!"
"Really Waif ?" asks Mossy not at all sure what a waif is but can tell by Reuben's tone it's not someone he wants to come across. 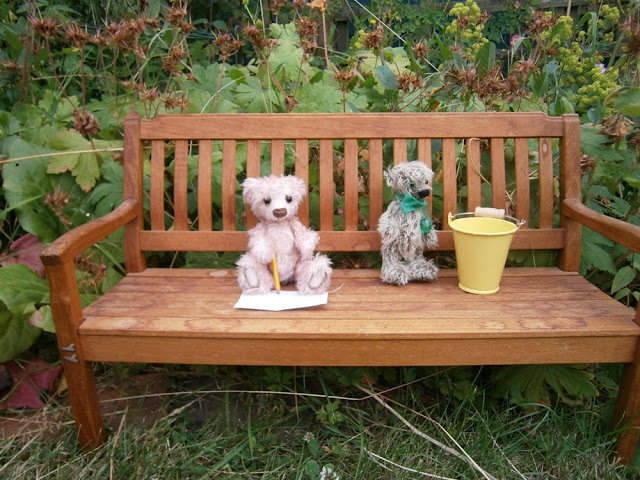 "Now " says Reuben dismissively " I must finish my letter so It can catch the first post in the morning, I must escape from here as soon as possible " he returns to his letter while Mossy leaves. 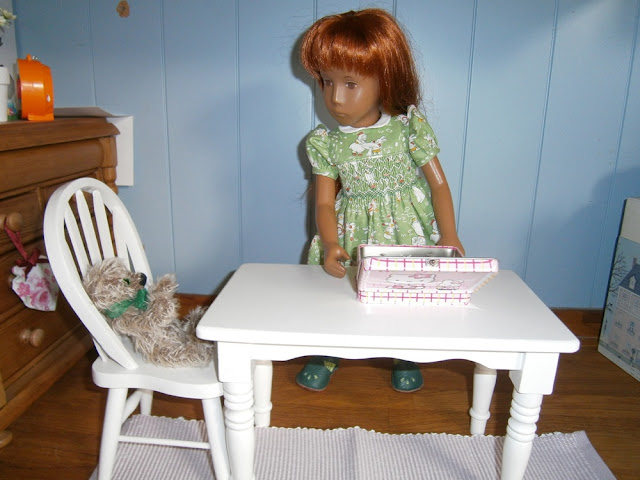 Mossy goes in search of his little Miss Ginny, he finds her cleaning out her lunch box ready for school in the morning.
" Miss Ginny " says Mossy sitting down at the table can I ask you something? "
" Of course " replies Ginny wondering what Mossy wants to know.
" Have you ever met " he lowers his voice " a ......waif?" 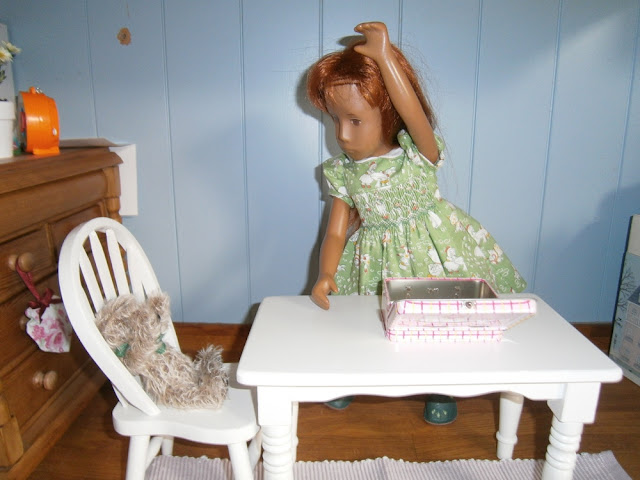 "Yes Look! " says Ginny holding back her fringe to show the missing rows underneath
"NO!" cries Mossy raising his arms in distress
" It's nothing to worry about " says Ginny reassuringly " Waif just means someone whose not perfect "
" Oh !" says Mossy " Like me then ! Edward is always saying ' he mimic's Edward 'you know perfectly well Mossy ' and I never do know perfectly well!"
Mossy jumps out the chair and onto the table 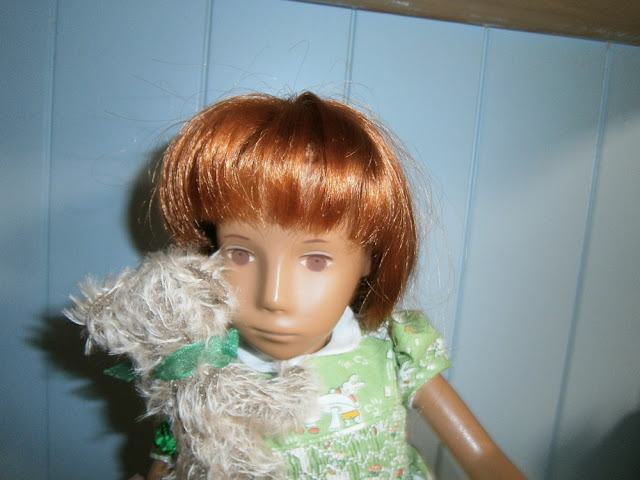 He gives Ginny a big hug and a kiss. "What's that for?" giggles Ginny
" Because I LOVE WAIFS!" says Mossy " And you most of all!" and gives her a second kiss so she knows for sure! 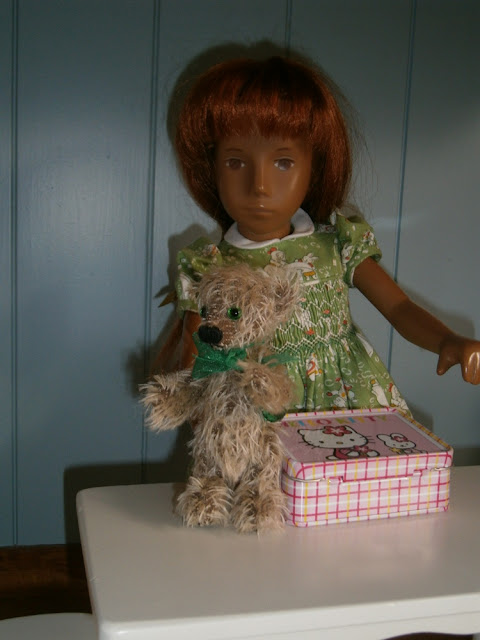 Then looking very angry Mossy turns away and heads for the door . "Where are you going? " calls Ginny after him
But Mossy does not answer just hurries off!

Finding Reuben just where he left him Mossy climbs on to the seat and.... 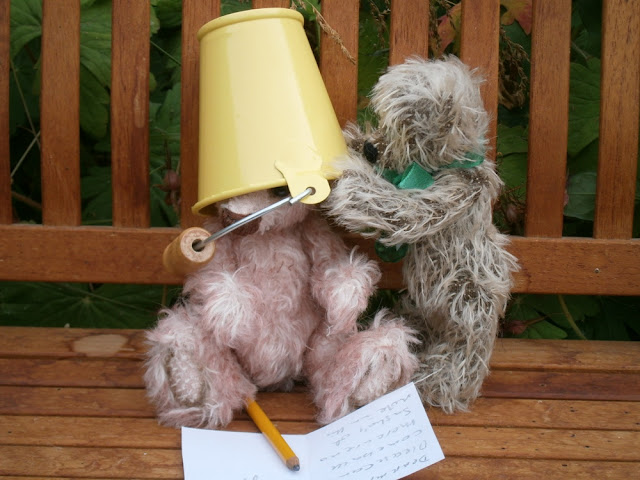 sticks the bucket over his head!!! 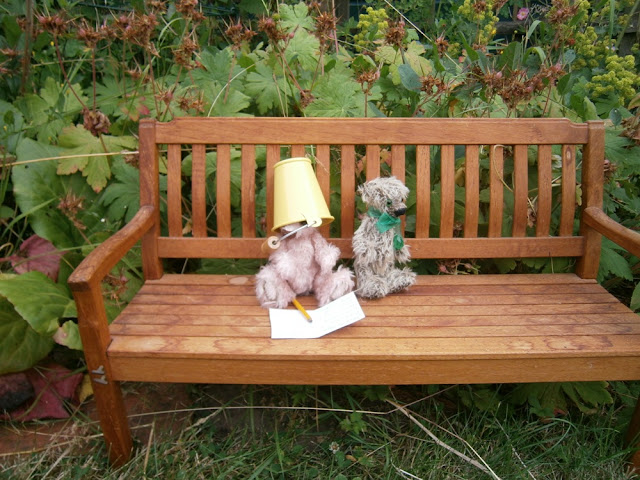 Reuben sits stunned while Mossy turns and leaves to angry to tell Reuben what he thinks of him! 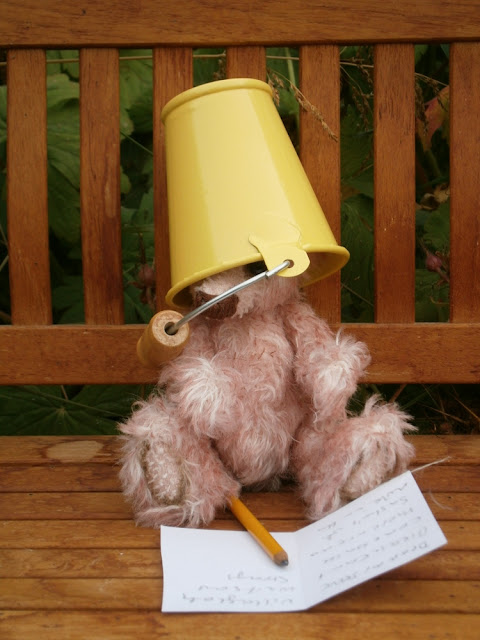