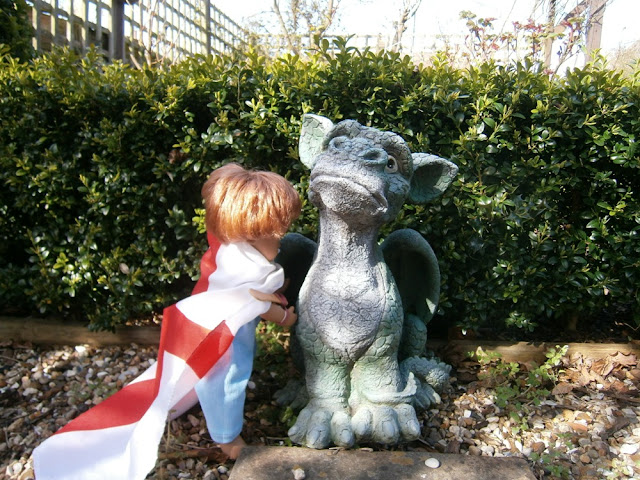 There is a small disagreement going on down the end of the garden.

" Ya a wee monster Georgie " says Drago in a huff " Ya be knowning tis my turn to be playing St. George!"
George just stands and gives Drago his wobbly lip face....
" Ock ya wee scamp ! Youse can be him this time" 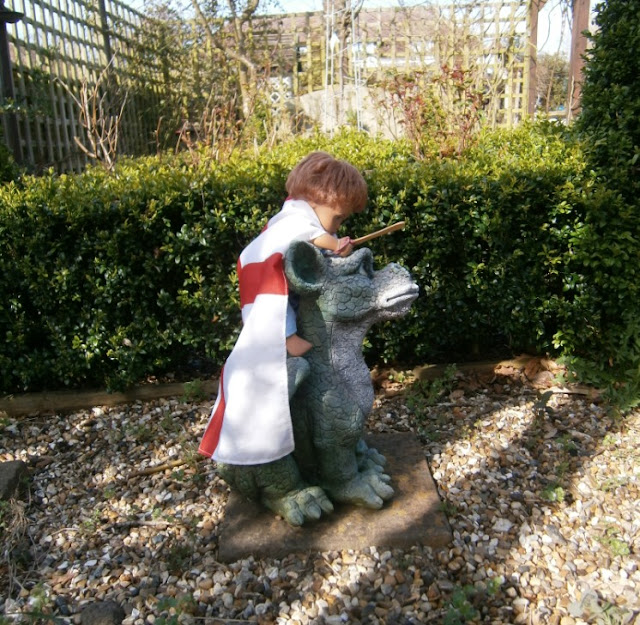 Soon George is riding on Drago's back waving his lolly stick ( Mum does not allow swords!) and squealing with joy while Drago pretends to snarl and snap his great teeth and fangs!! 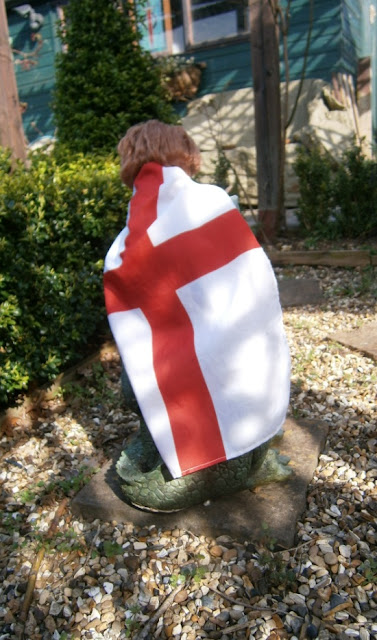 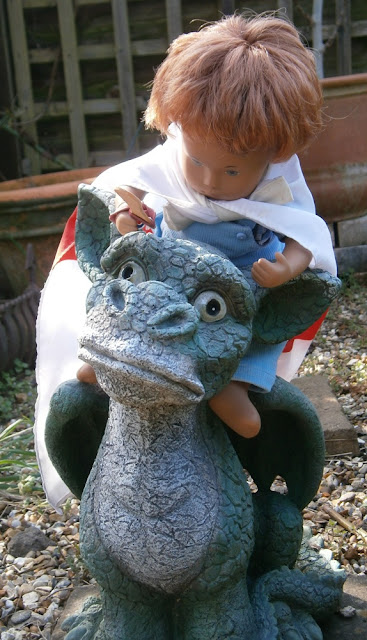 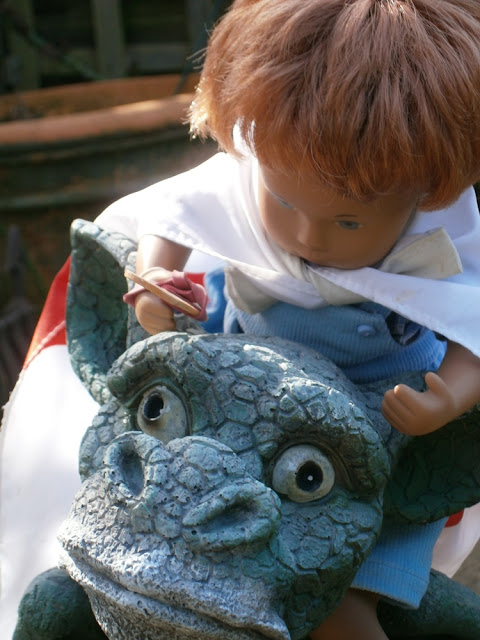 " Georgie boy are ya trying to dig a wee hole in ma head?" asks Drago beginning to feel a bit sore where George is attacking him " I think it's time ya won ya wee rascal !" 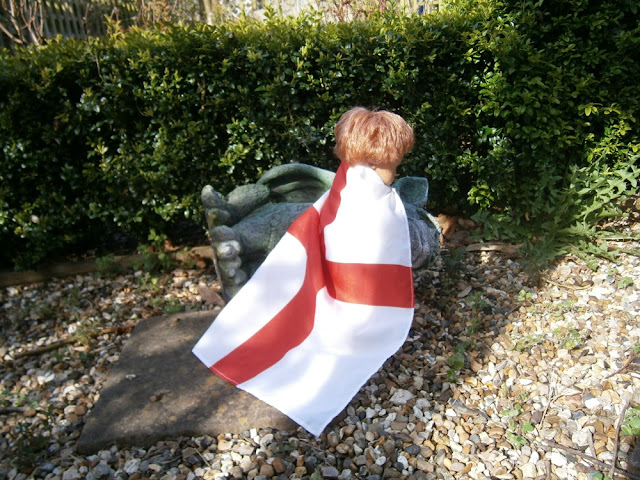 Drago lays down after making sure George is off his back and moans and growls " Arrgh  St George , ya black hearted knave , I'm doone fa ya evil wretch !"
Drago closes his eyes then waits just long enough for George to start to worry then jumps up!. 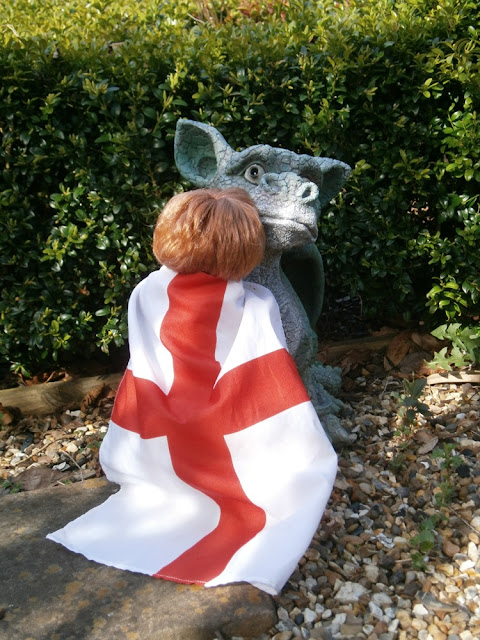 George gives Drago a hug for playing with him.
" Aye young Georgie it wah nice but I no be the Dragon next year! I will be St George and save ta day!"