VISITING SASHAS AND THE SPOILS OF THE DAY! 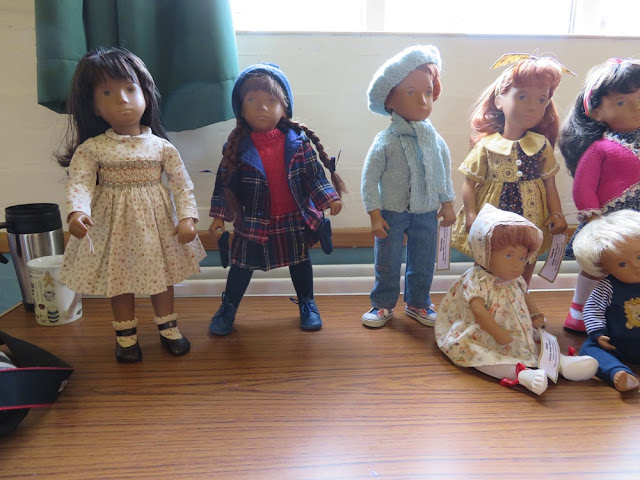 While their brother or sister were strutting their stuff at the Halloween dance the others were meeting up with old friends and gossiping and making requests of their parents in regard to all the goodies they could see on the sales tables. 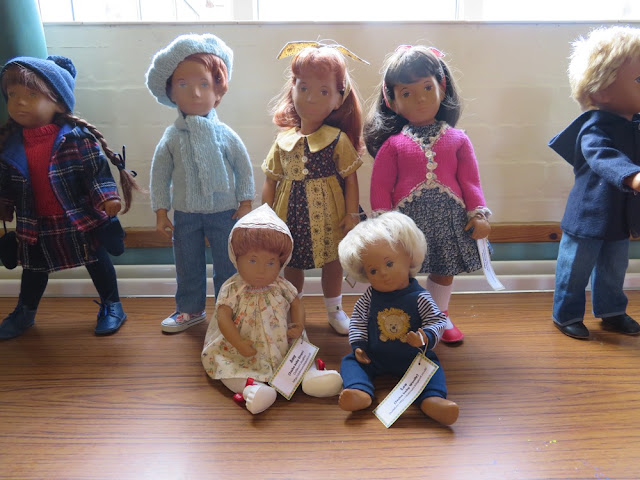 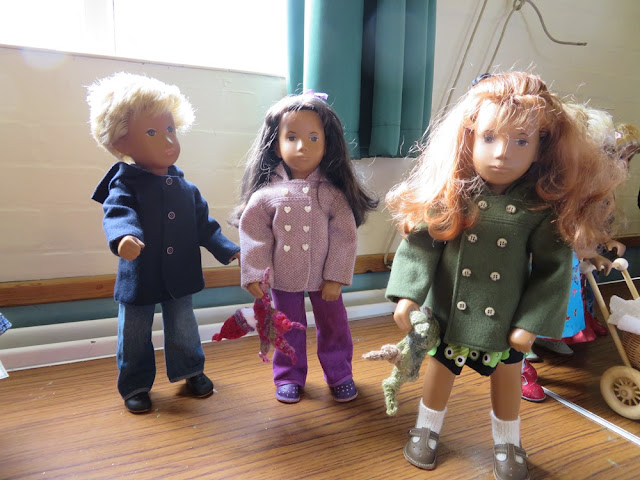 These came dressed for cold weather but the day turned out nice and sunny and quite warm, not that we noticed much... 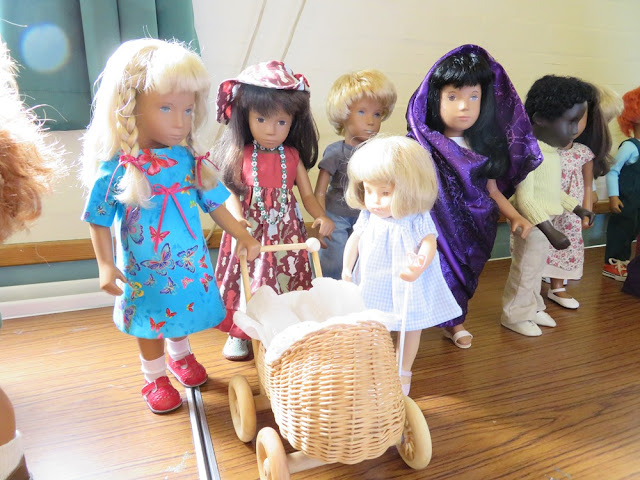 Looking at the baby 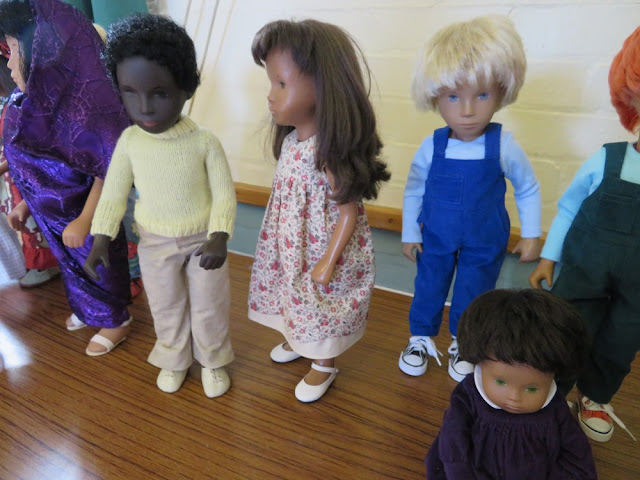 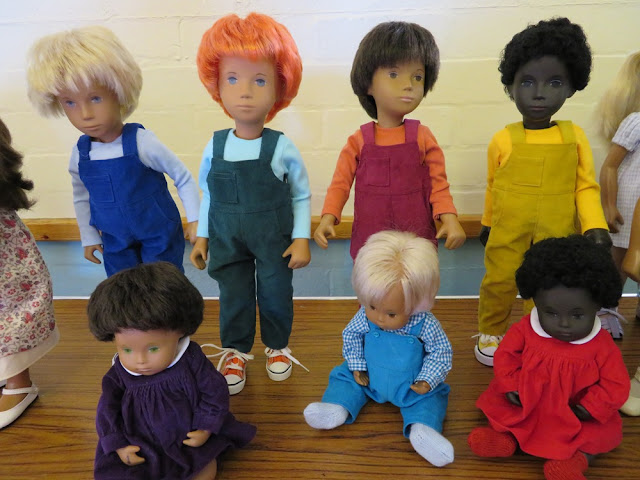 A lovely colourful group here in Ginny of a Passion for Sasha dungarees I believe. 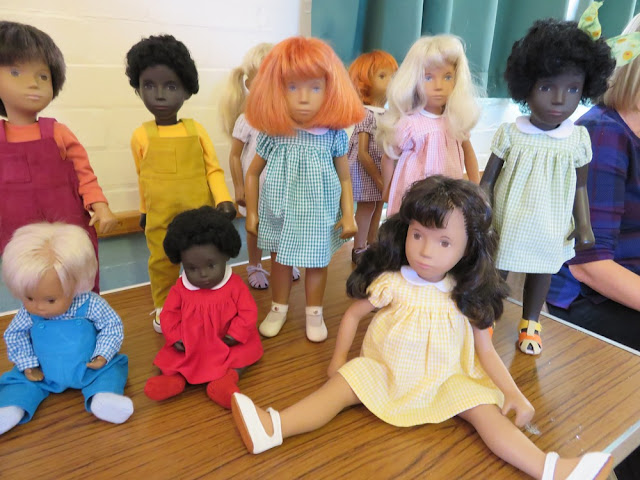 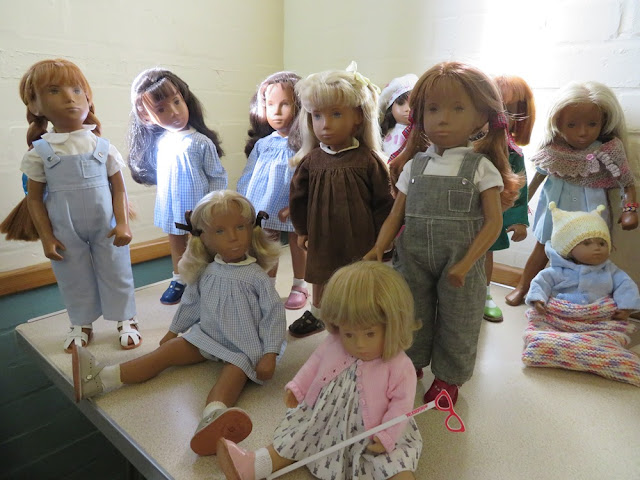 Quite a few NP's amongst this group of children 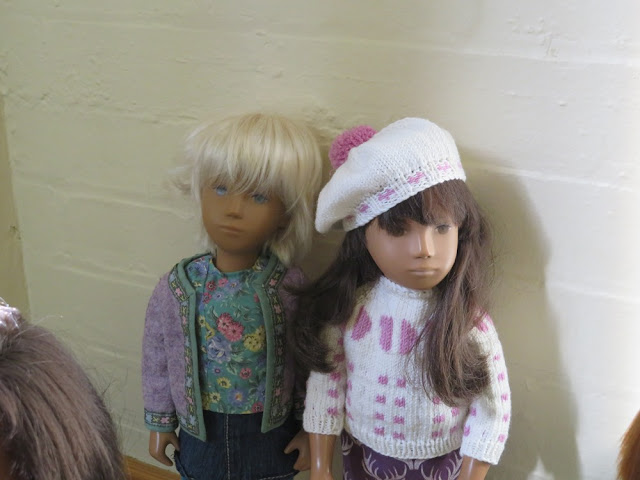 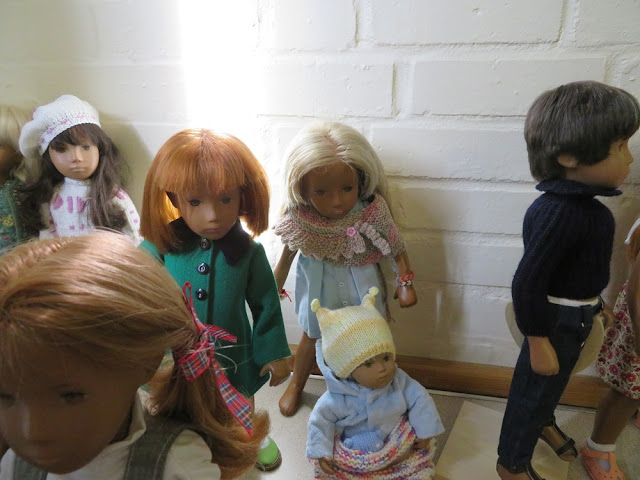 a little gotz girl looking after the baby. 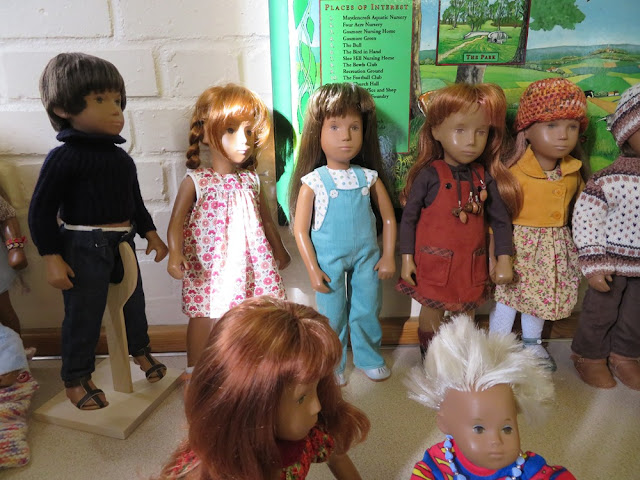 A few more Gotz children with their friends. 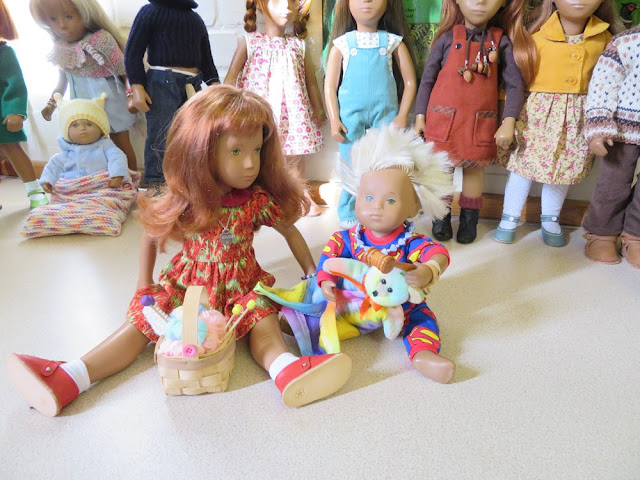 Curly came with his gavel and was most disappointed he did get to hit something! Hele was keeping a close eye! 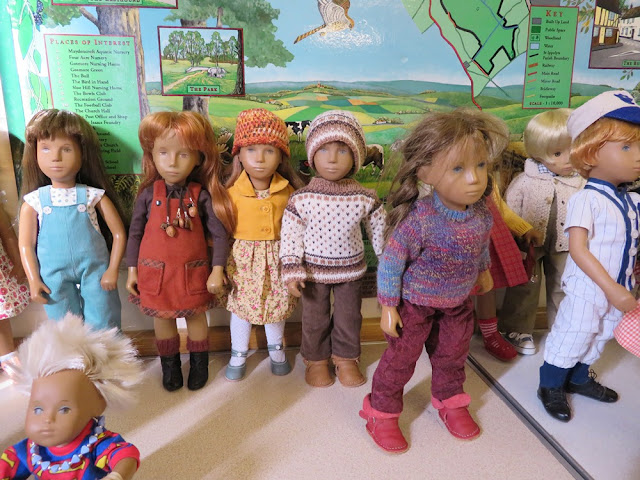 Now I recognized this lass in the elf boots the minute I saw her, love the outfit, once long ago she used to live here in the village and was one of the first re-roots by Jackie Rystrom. 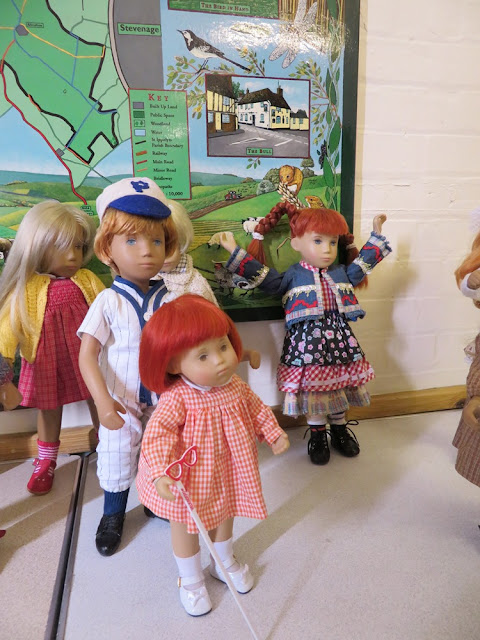 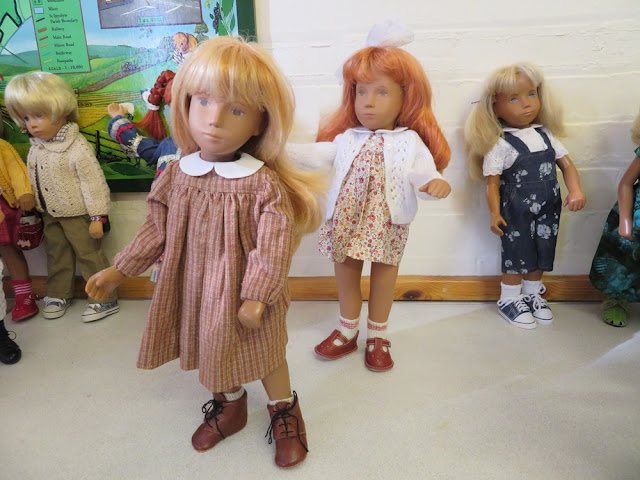 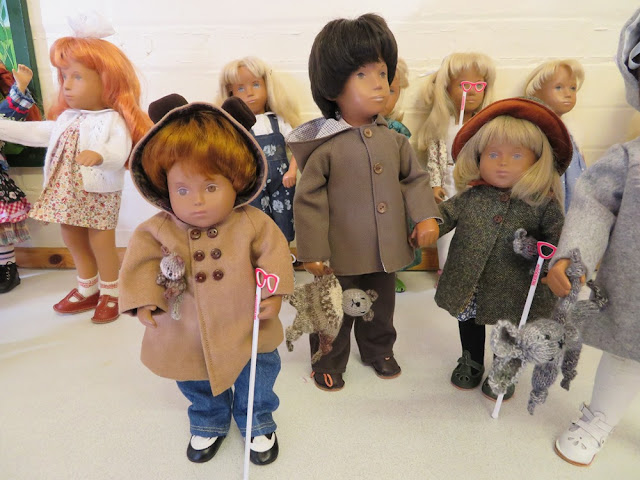 When I first spotted these toddler's I thought they had white sticks ! 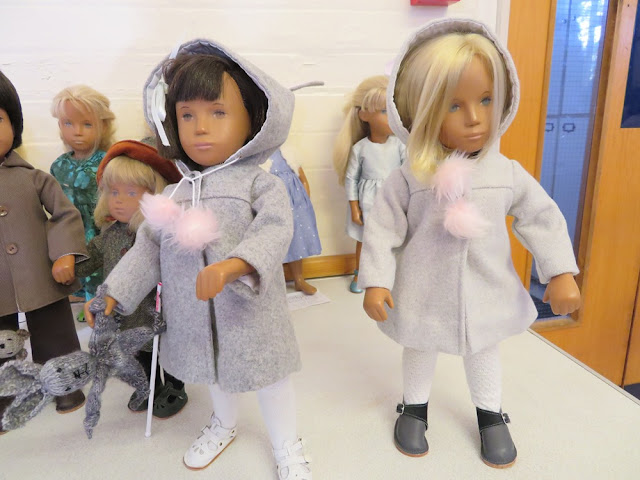 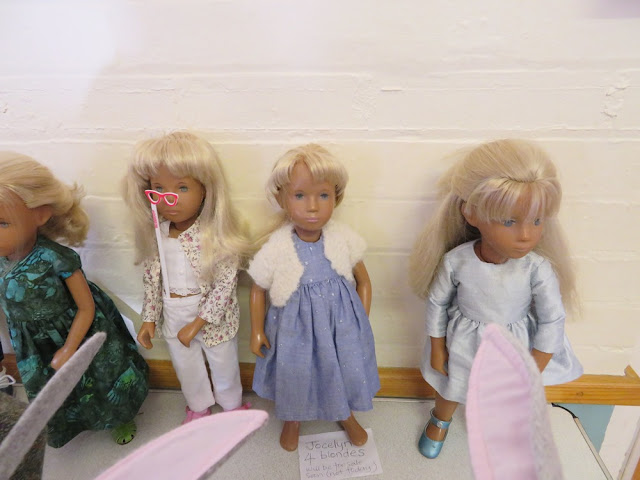 and right at the end another NP lass, looking fabulous in silver !


So what did I buy this year, well due to an issue I am having with something I sold to an unscrupulous buyer, my funds were almost nothing until I started making a few sales. 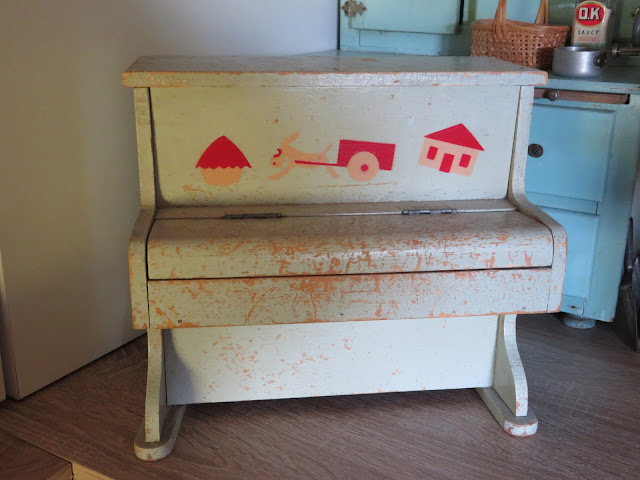 The first thing I bought was this piano! It does work! it's from the thirties and just a little small  height wise but I'm going to have it raised up by an inch or two and may or may not repaint it all apart from the design on the front. 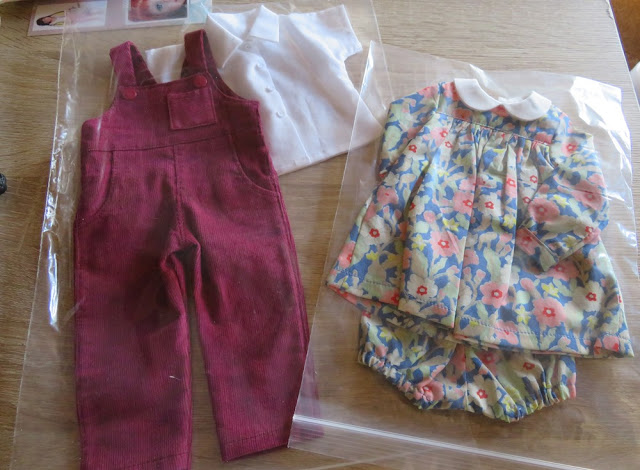 From Ginny I bought these outfits. 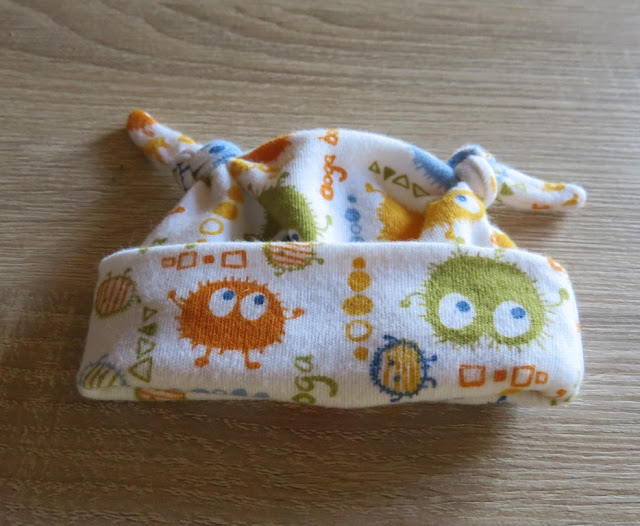 Plus this sweet little baby hat. 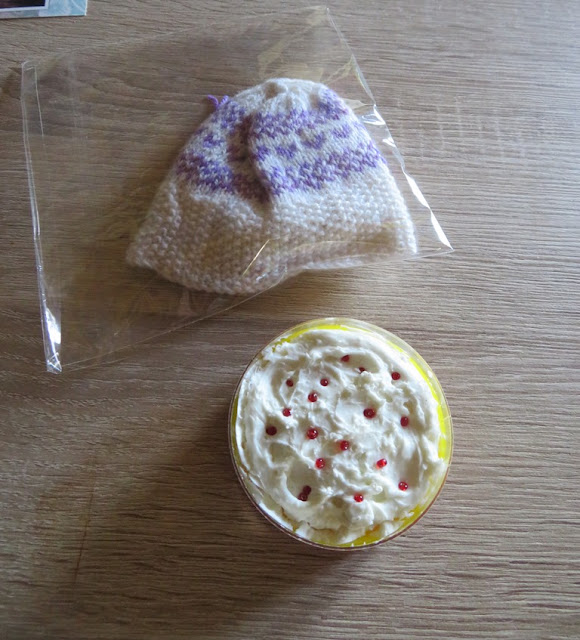 From Jane W I bought this baby hat and a large trifle. 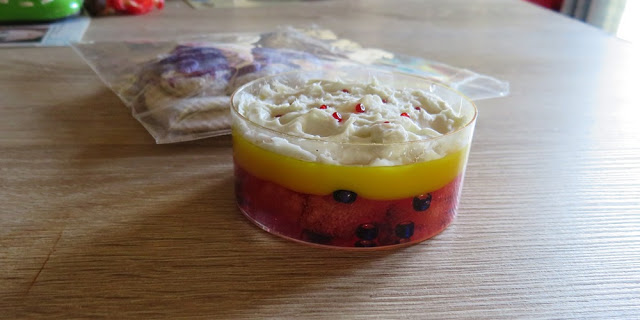 made by Jane , very clever, wonder what she'll be selling next year! 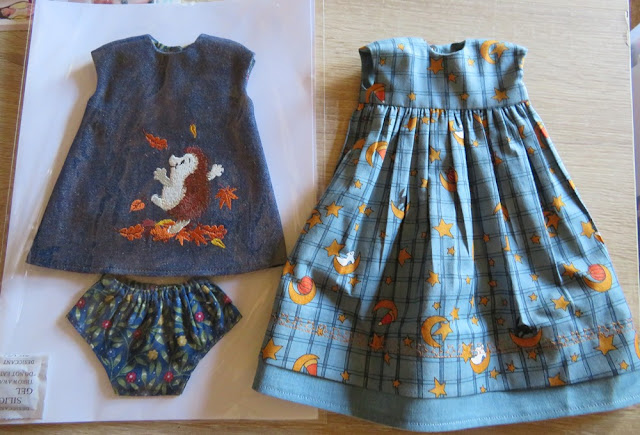 From Petrana I bought these two outfit's the dress she striped off her poor doll ! 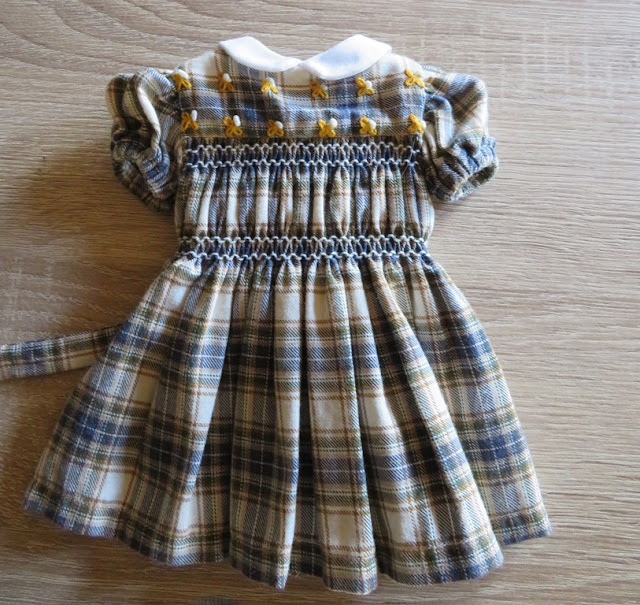 and from Gayle I bought this great Ruth Hartley double smocked dress.

There was of course so much more I would have loved to have bought but I'll be contacting a few of the sellers over the coming months to see if I can buy what I missed.


I was quite lucky and had four raffle tickets come up ! Problem is when you are calling them it's hard to pick things , so it was a very very quick look and then back to the calling. 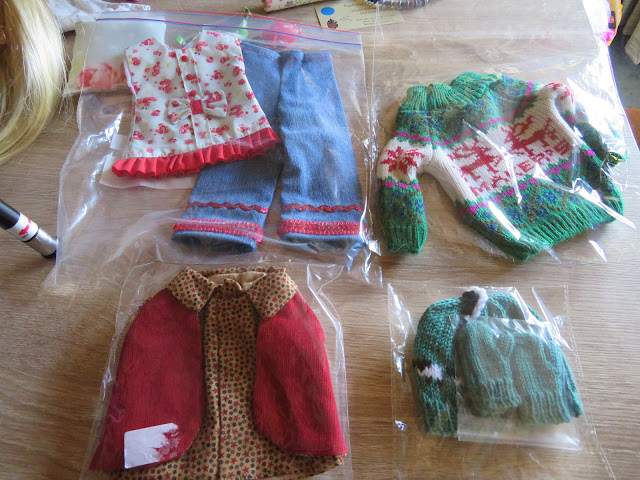 The green sweater is too big for Sasha but I thought it may suit one of my other dolls.


I managed to sell a couple of dolls plus another two later, so a very good day in the end.