THIS PAGE IS OF MY SASHA'S , GREGOR'S AND BABIES.
This is so that I can see who's who! when I forget a name!!
The village children sometimes come and go quite quickly but then others have been with me since the beginning and will stay forever.
But now there are a few more residents it's getting a little harder to remember who was called what if they have not appeared in the stories for a while, so this is a page to assist. 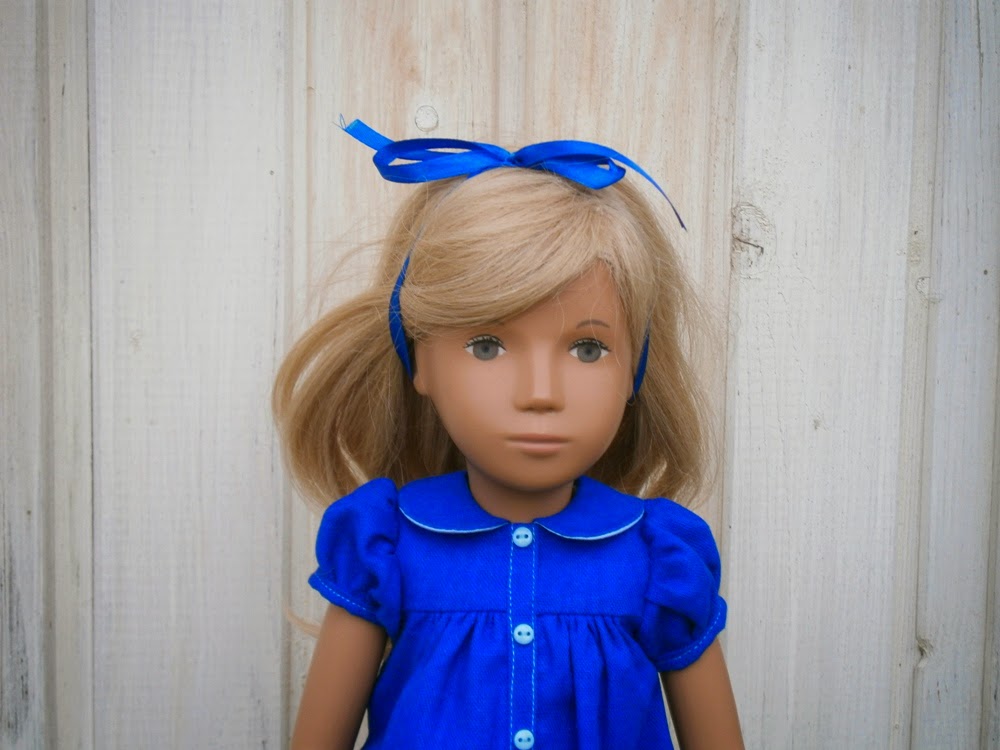 Libby is the first Sasha I ever bought and she came from the USA and that's why I called her Liberty. 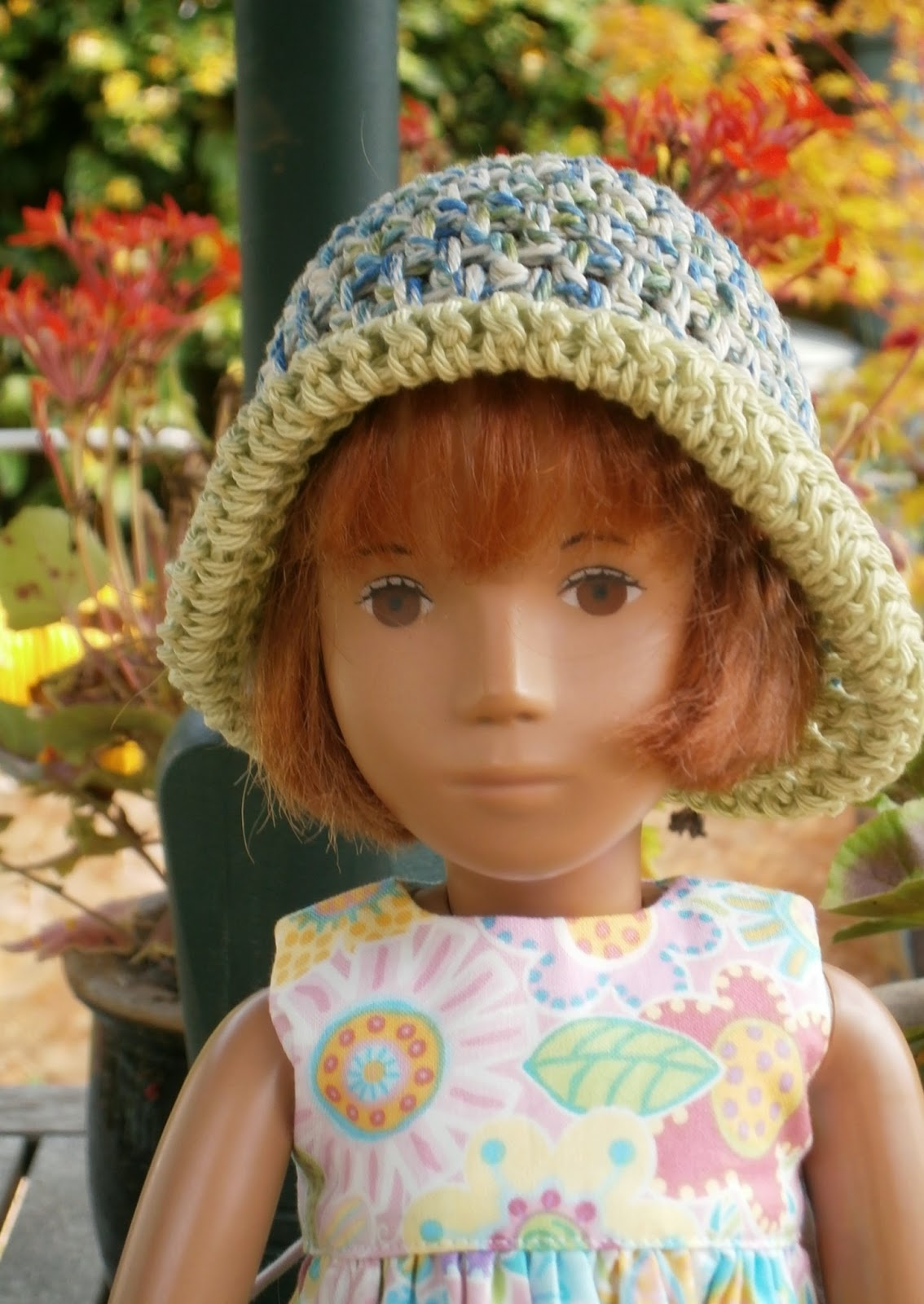 1980's white dress red haired waif. What can I say about this girl! I first saw her one Ebay with a buy it now price or best offer. I looked then pressed the BIN button. There was just something about her!
Little did I know that she loves and adores the actress Helena Bonham Carter and seems to have the same dress sense as her !
She is the matriarch of the village clan and guilds and guards them !
She is also a milliner and sells under the name Hattie's Hats with Hattietude 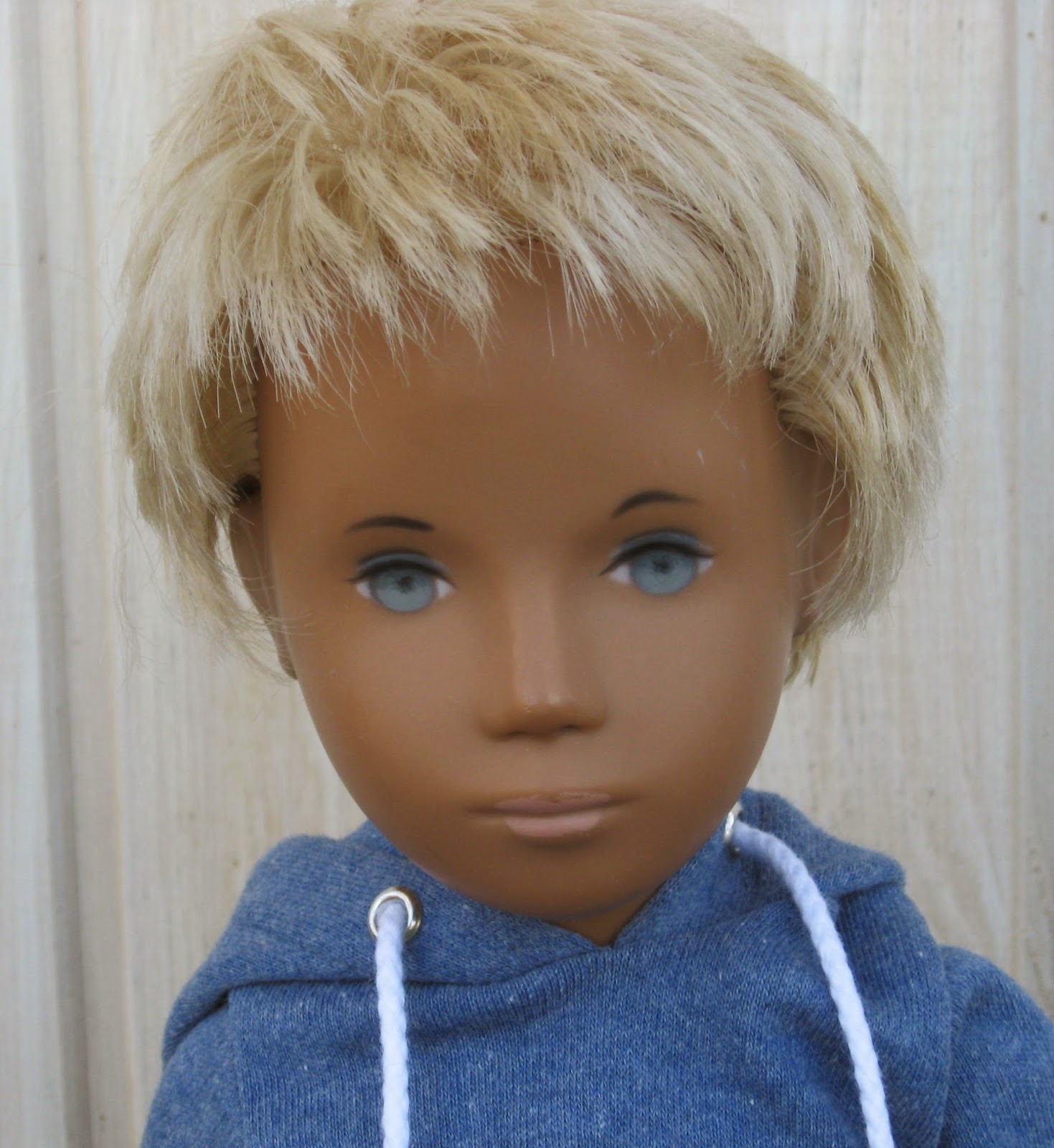 PERCY  A 69 PJ boy. A lovely lad who wants to be a jointer and Carpenter/ furniture designer and help his dad make things for the family. He'll be a heart breaker when he's older, with his beautiful eyes and kind caring manner. 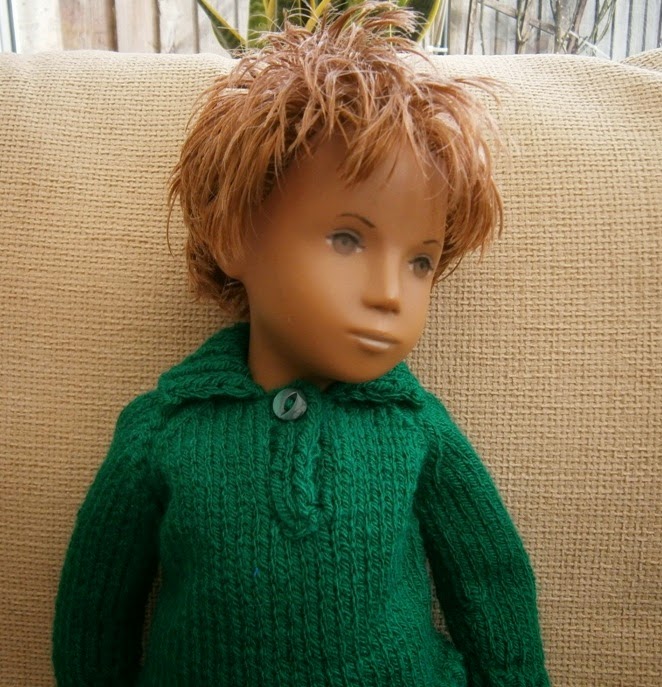 ROBIN  A 68 shorts boy with NP painted eyes. A sweet kind boy who is trying to decide between being a Doctor or A Vet!. 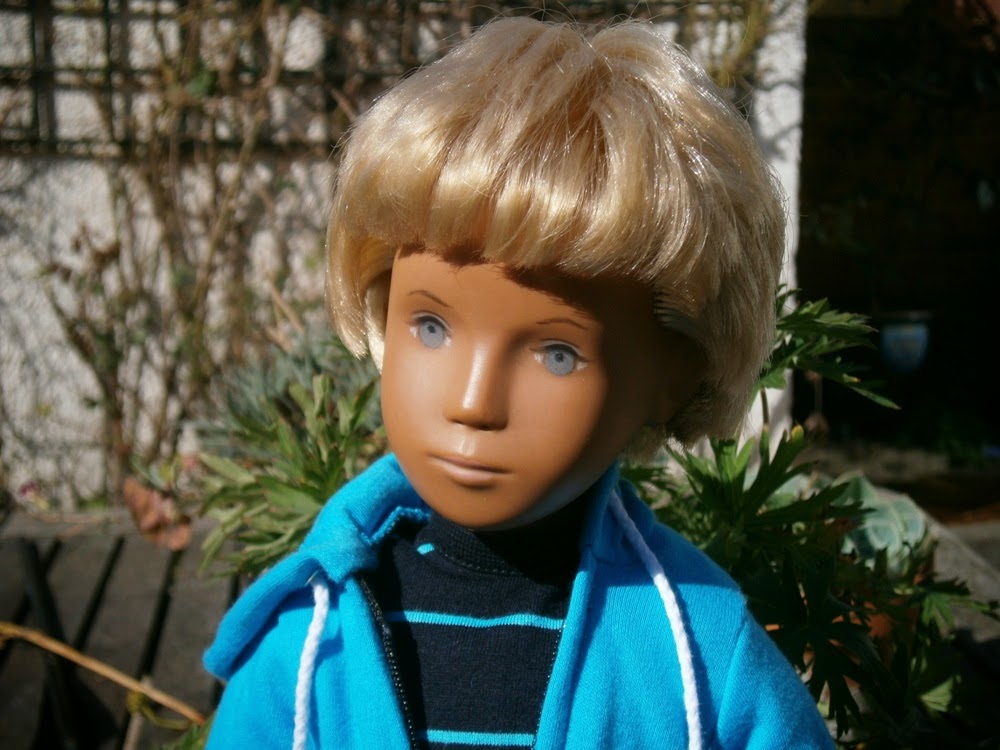 ERIK  A 68 boy with NP painted eyes. A proud boy who wants to be a Viking. He is very protective of his family and is not frightened by anything! His faithful companion Sir Walter helps him in his quest to be an honourable Viking and leader ( when his brothers let him) of the boys. 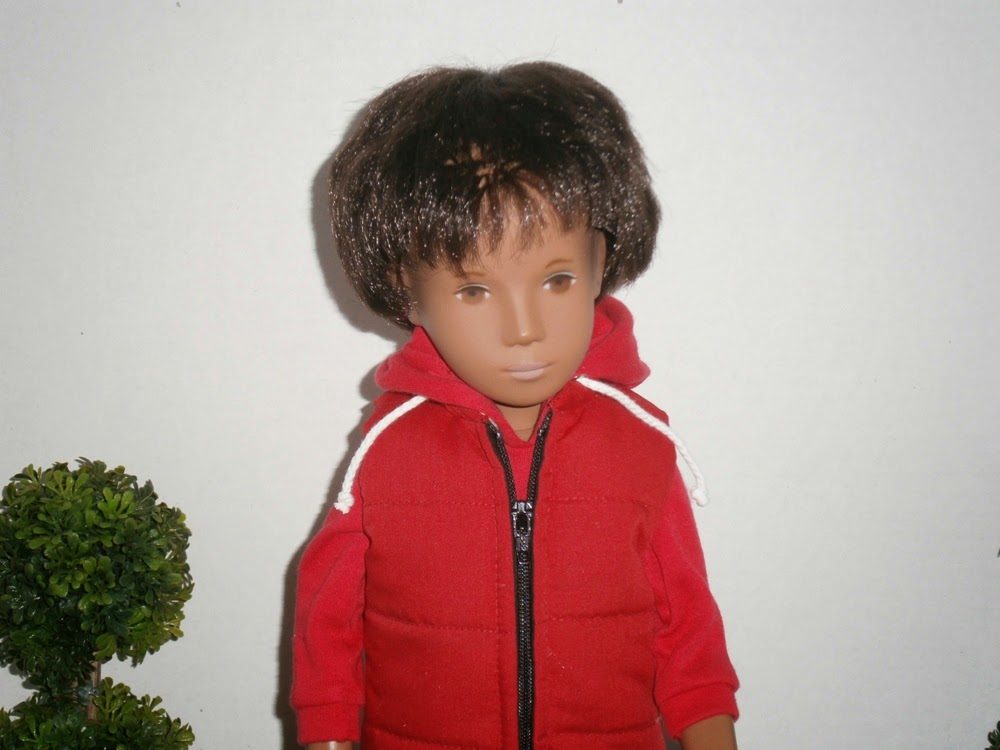 TOBIAS  (Toby )
Toby was the first boy I ever bought he can from America from an estate sale, he was wearing his jeans and sweater but when he arrived he smelt awful, So I washed him but at that time was unwilling to try to wash his hair which stank so Paul said to leave him out in the fresh air.
But I could not leave a naked boy outside to freeze! So I wrapped him in a towel to keep him warm and sat him out on a table on the gazebo, so he did not get to chilly and I am pleased to say the smell vanished after several days in the open. 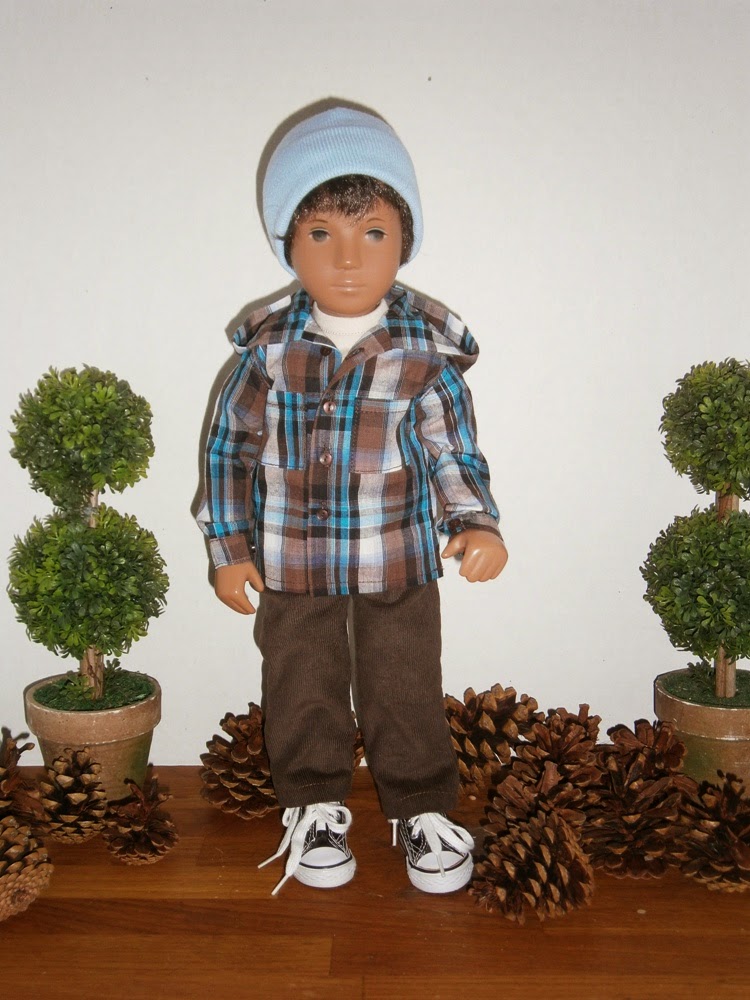 ZACHARY  ( ZAK )
Zak was an impulse buy because he looked so sweet, when he arrived here he had caving to his chest and very loose strings, so after a few months he went for a visit to Brenda who dealt with his caving and re strung him. He is a waif due to a red mark on the side of his hand and another mark to his leg.But he is a real softy and a big part of the Village. 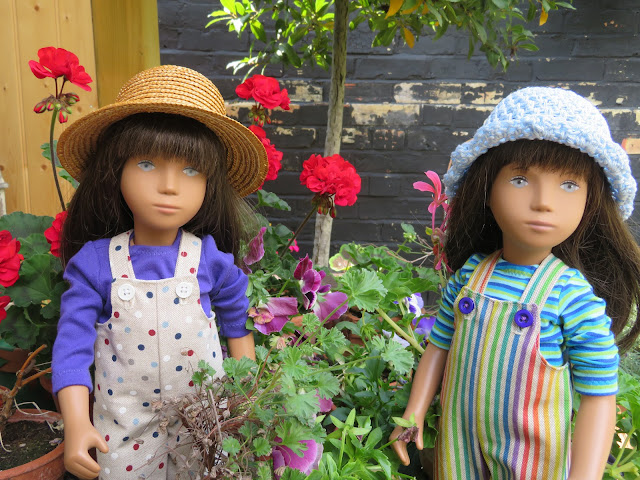 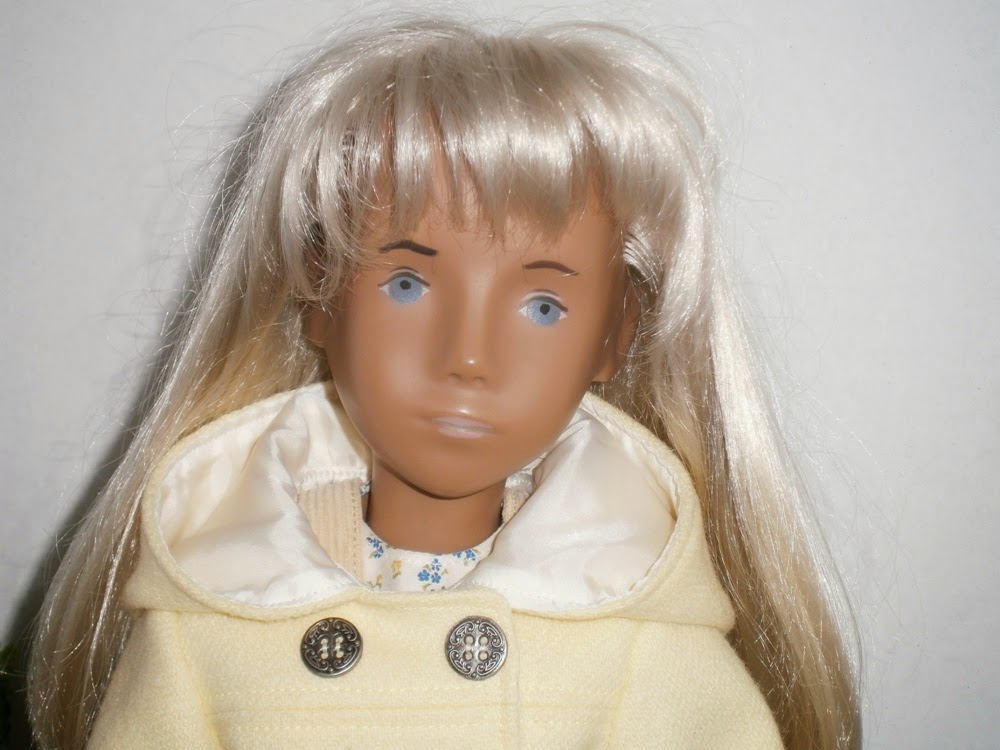 ASHLEY. The first blonde no navel I bought and one of my favourites. She has all the length in her hair and the full painted eye style. 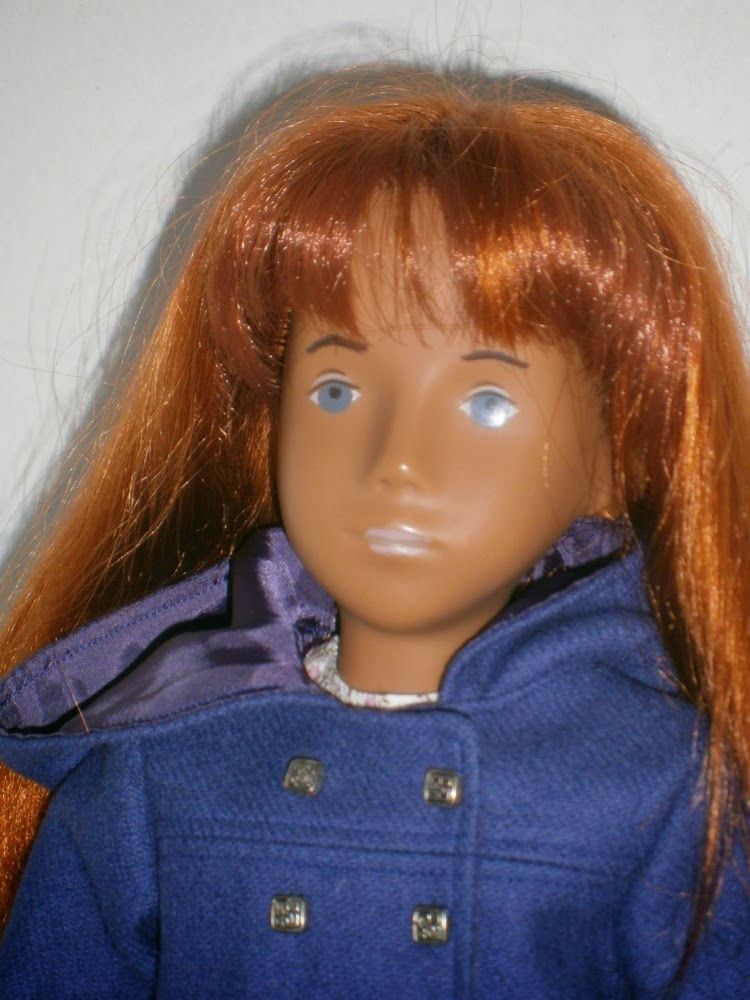 MARTHA.  A no navel with beautiful red hair and the full blue eye style.
Never thought I would managed to get hold of one of these girl's due to how lovely they look they get snapped up the minute they appear. But I was lucky to be given the chance to own her by a friend and was over the moon when she arrived, she to me was like getting an NP girl to someone else! 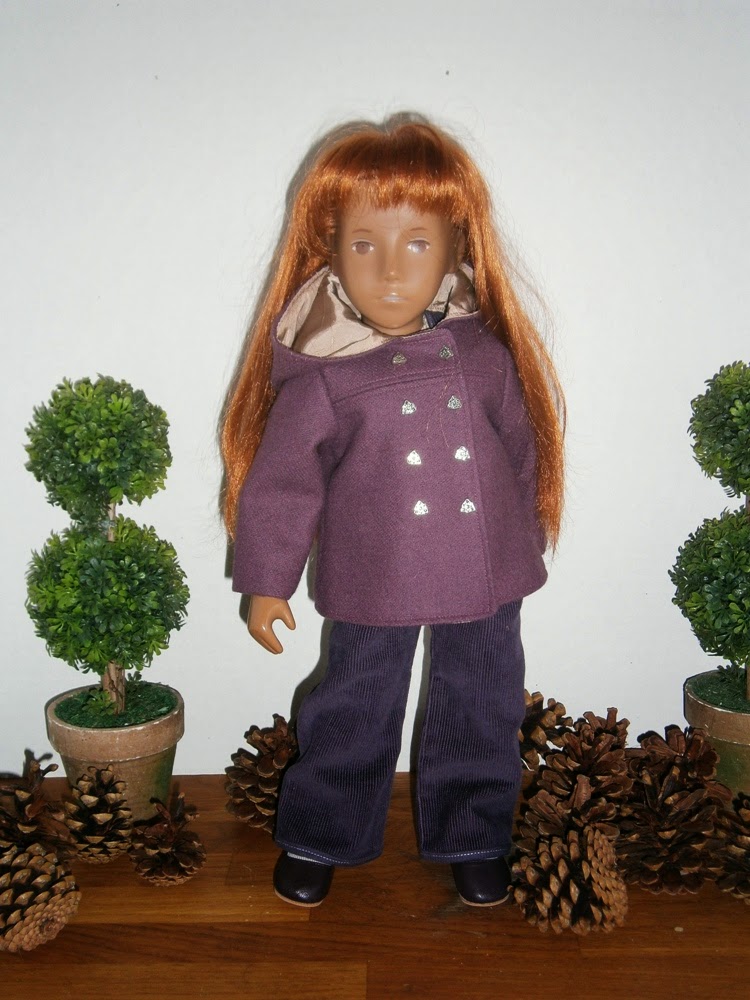 VIRGINIA ( Ginny )
Ginny was the first ever no navel I bought and the one that set me on the slippery slope of no navel love! She is a waif due to having both rows of fringe cut under the top row and also several rows missing from the back and sides of her hair line. She is also strung in such a way as to make her stand with her legs at an angle but to me she is my favourite. And to think I did not like the no navel's when I first found my way to Sasha's now I have trouble not buying any no navel I see!. 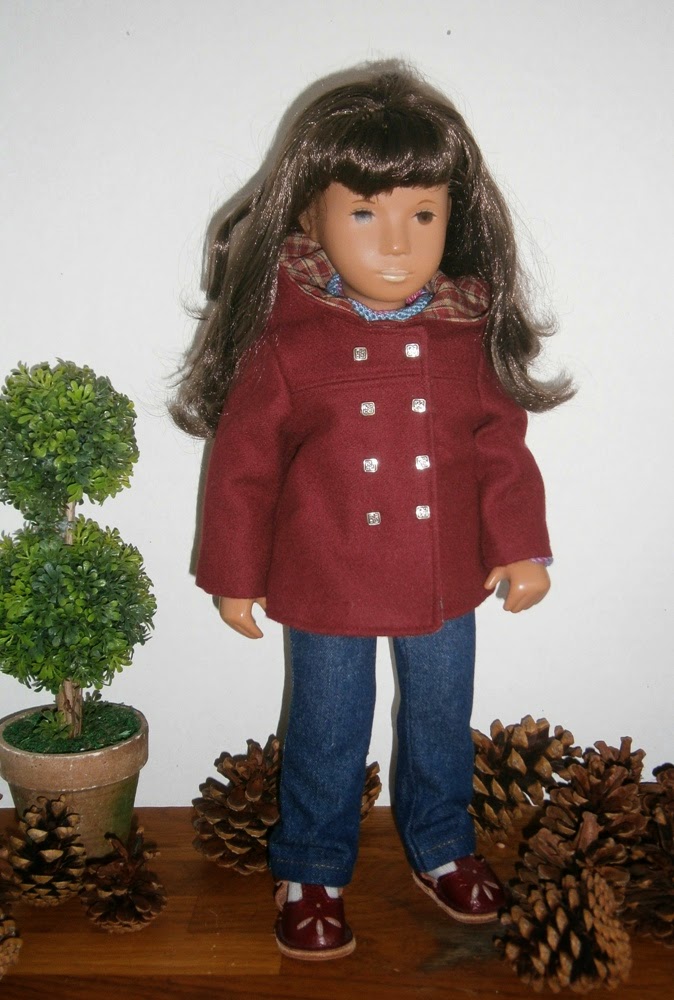 CLAUDIA. A 1970 brunette Trendon who I watched got round and not sell on the German ebay site. I was about to go away on holiday so I contacted the seller and asked if I bid and won would he wait for payment until I returned. He said yes and no one else bid on her so the sweet gentle Claudia came home. 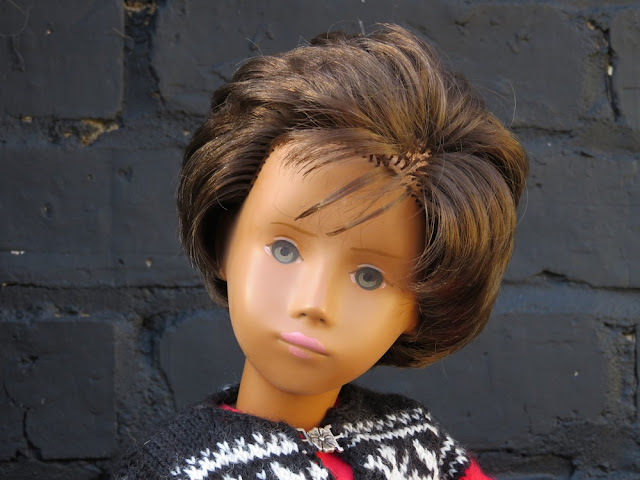 Valentine a Gotz unisex brunette who knows he's a boy , so don't go there! 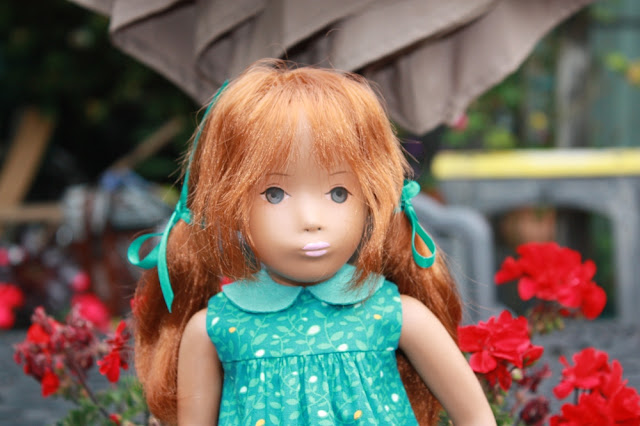 MAGDA 60'S GOTZ  button nosed girl. Loved this girl on sight and luckily for me the seller was happy to do a short layaway, so that I was able to bring her here to the village. 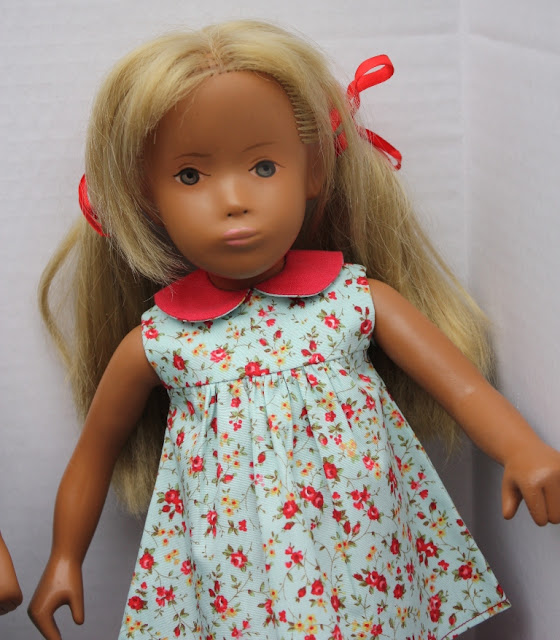 OLIVIA A blonde button nosed 60's gotz girl. I came across Olivia and her brother Oliver being sold as a pair and thought they were both so sweet and need of so TLC, so bid and won after a small hiccup , Livia and Oliver her twin brother came to live here.  THe twins now live together elsewhere 2022 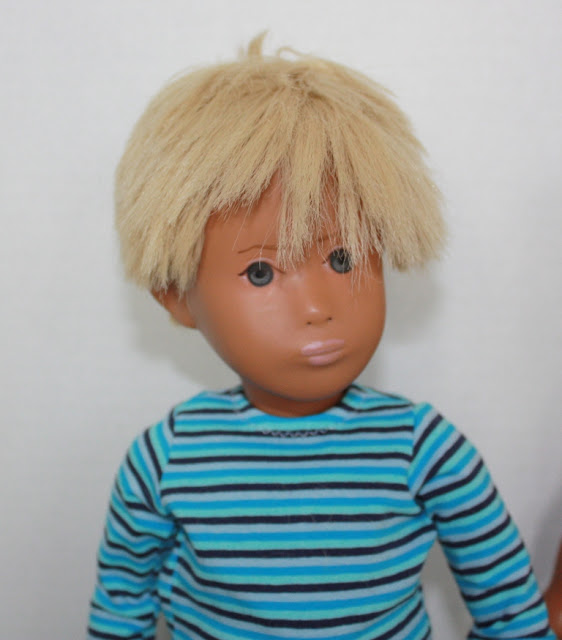 OLIVER  A button nosed boy 60's gotz.He came along with his twin sister Olivia in need of a little TLC and a good wash! The twins now live together elsewhere since Jan 2022 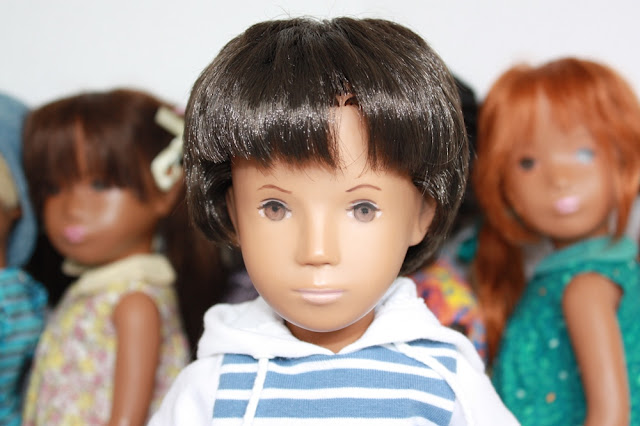 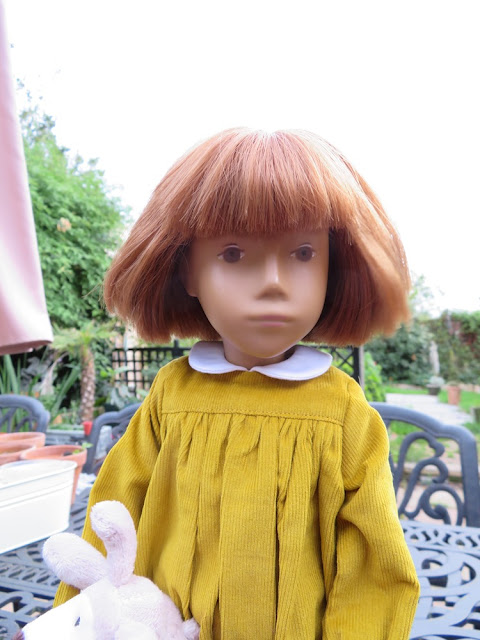 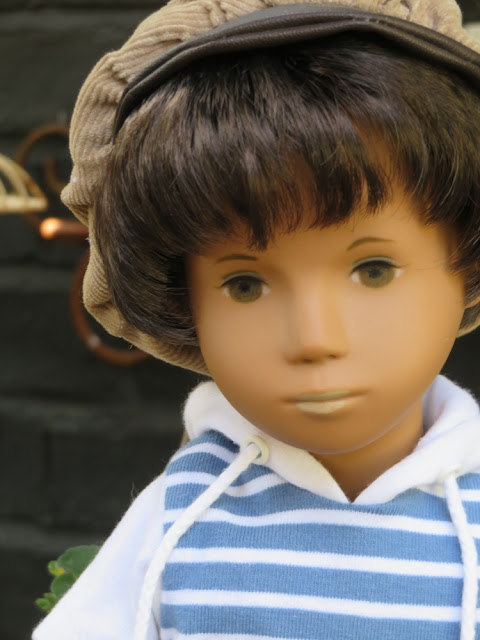 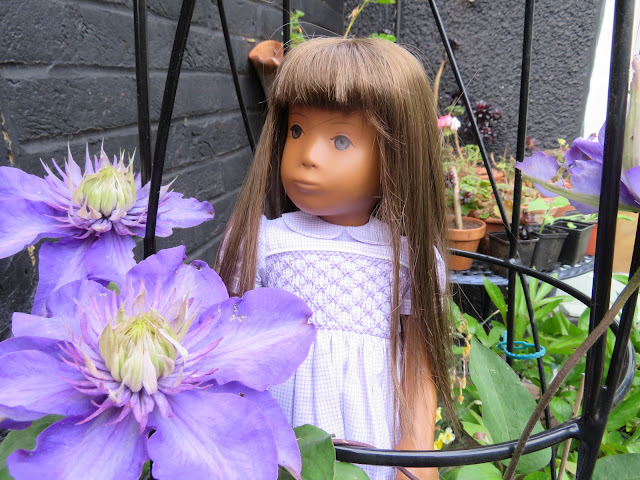 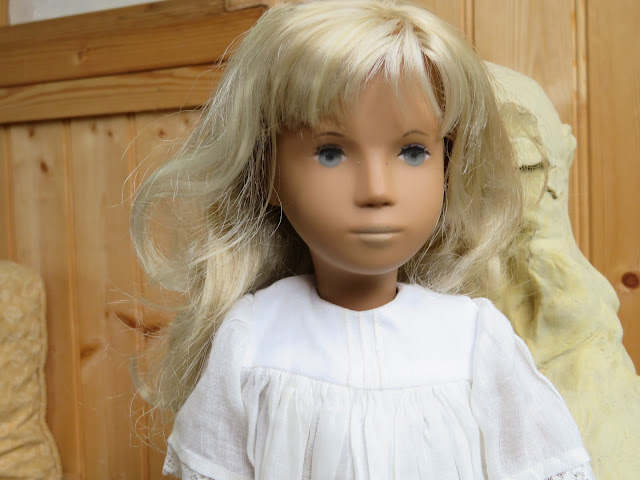 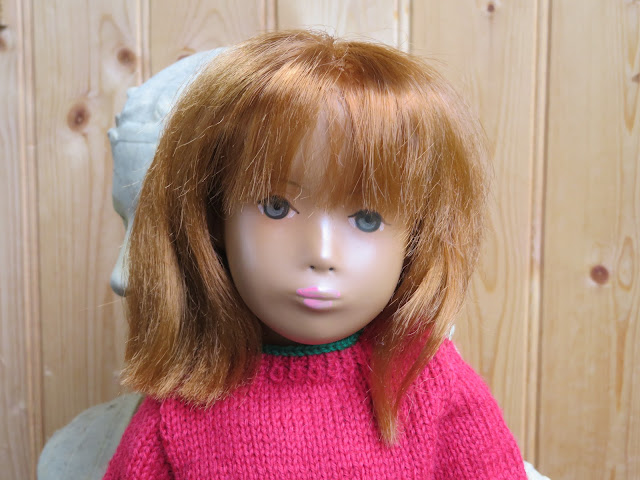 Margo returned in Oct 22 with a nice fringe. Charlie a waif who arrived October 2022 was supposed to go onwards as a raffle prize but insisted on staying. 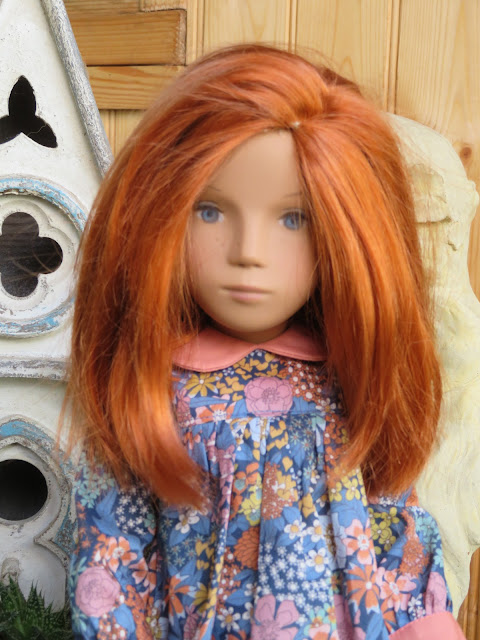 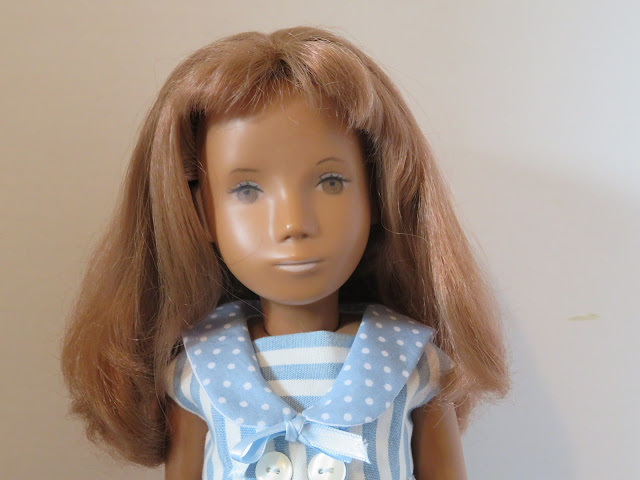