This page will contain the photo's and details on the Sasha Village Bears. 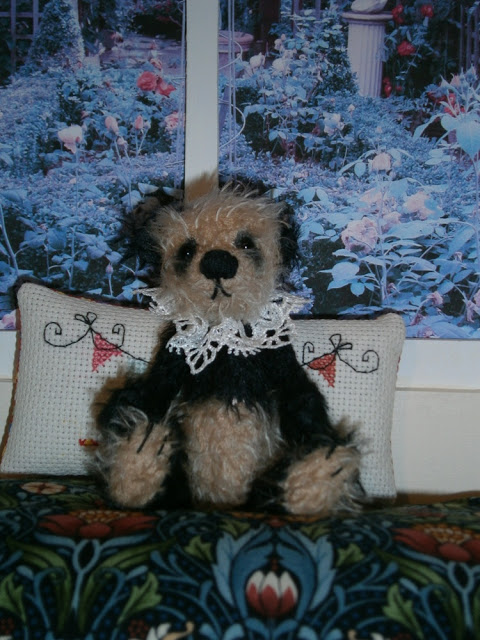 The 'boss' of the village bears. A stickler for good behaviour and good manners.
likes Bamboo sandwiches NO crusts.
His little miss is Paige a 69 dungarees girl 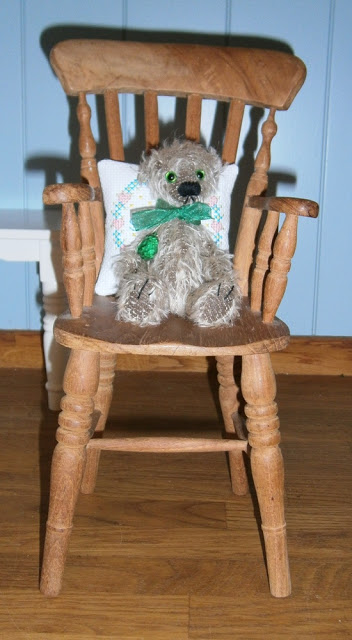 Comes from a long line of guardian's to the emerald that he wears round his neck
Can be a little slow on the up take but heart is in right place.
Loves having his photo taken, tends to lead others into trouble!
Says he is Edwards second in command!
His little miss is Virginia ( Ginny ) a 60's no navel red haired waif 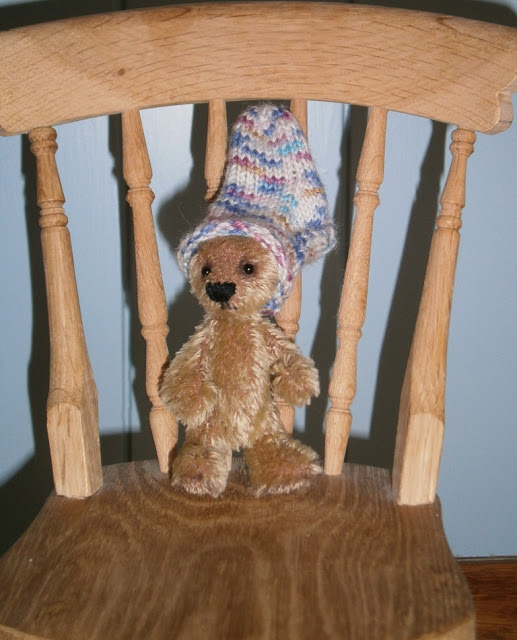 he is still a cub and the smallest of the bears in the village at only 3 inches,
spends most of his time eating too much then having to sleep it off!
Likes snuggling up in Sasha's socks and hats!
his little miss is Liberty a limited edition pintuck 80's girl with real hair wig. 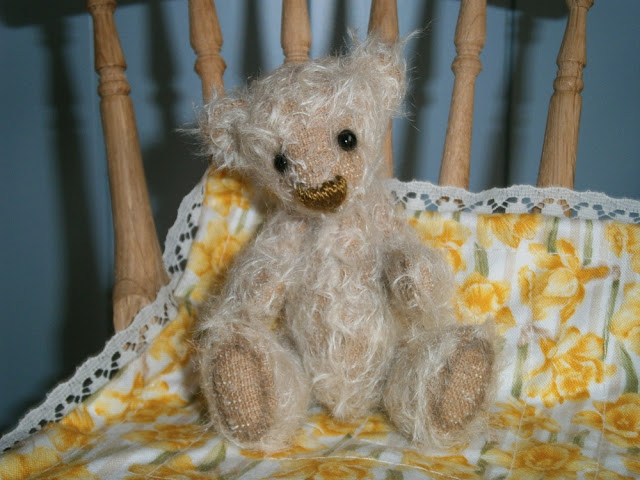 A sweet shy kind bear who always sees the good in everyone.
happy to sit and watch all the going on in the village.
Loves flowers and the garden.
Her little Miss is Rosina a 69 Brunette brown cord Sasha. 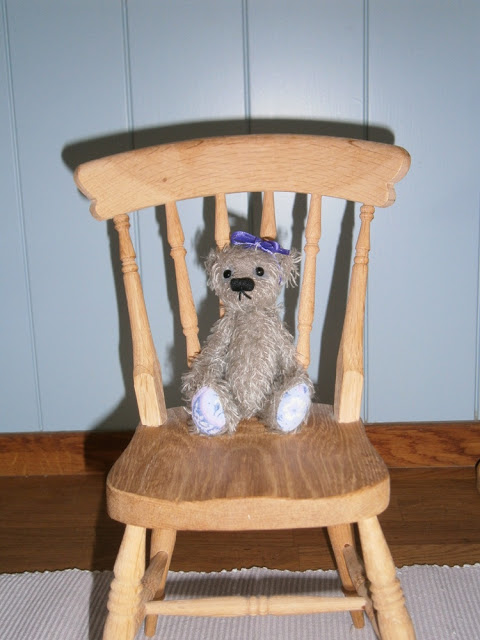 Gerty is always saying she wants to leave! not being too sure if she likes it in the village!
but it could be because everytime she says this Edwards goes and gets her a lovely honeycombe to munch on!
Her little miss is Ashley a 60's no navel blonde. 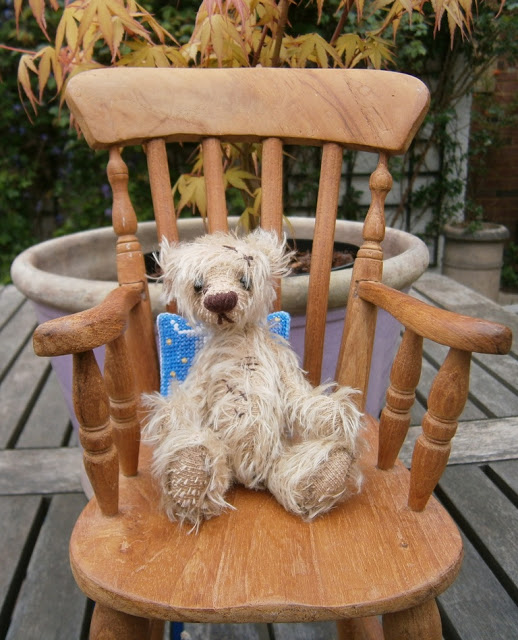 DIGGORY BEAR
Diggory is a bear of considerable years and has the scars and stitches to prove that he's had a hard life!
He is now safely living among friends in the village, he can be very forgetful from having had someone try to see what his brain looked like!!
His little miss is toddler Storm, an  Gotz Esther 90's girl. 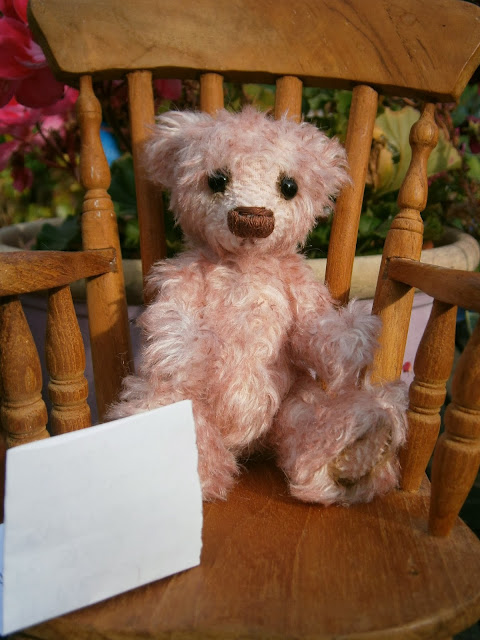 A gift from Steve , Reuben arrived much to his disgust in a house of waifs and standard Sashas, he missed the only Np and even she was a waif having had shorter hair than she started with, even though she was a rare blue eyed red. But he only wants to live with NP Sashas and is resisting all attempted to find him a little Miss.He can be quite rude in his quest but Anastasia bear is sweet on him and is she he is misunderstood!!
Hattie Bonham Carter Owen has called him hers but he is still trying to escape her waif-ish self 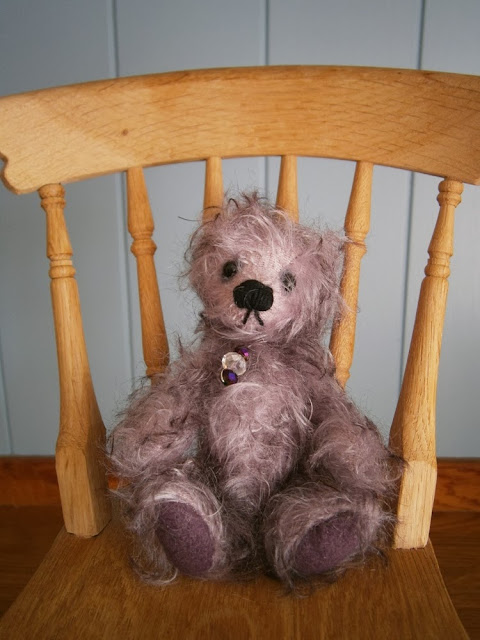 Amie is a very friendly bear who loves to know all what's going on in the Village and also with the other bears and Sashas. She thinks she's the bear world version of Miss Marple or Inspector Morse , so if you want to know you said what to who ! or where someone left something or did it! She's the bear to ask! 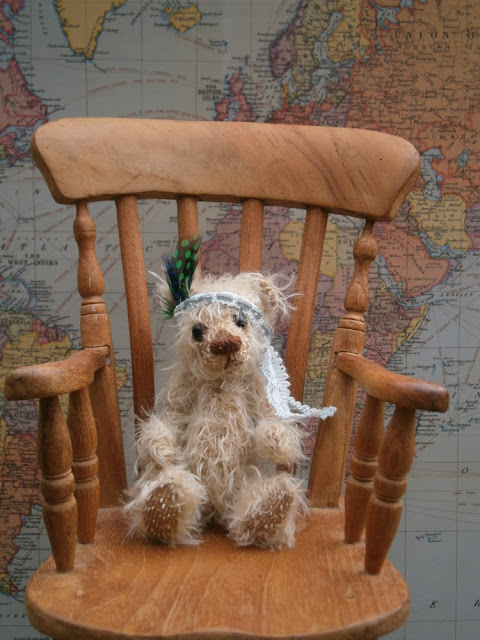 Anastacia is Russian and was a member of the Bolstoy ballet until she got to old and now lives in the village teaching the Sasha'a and bears to dance. She is sweet on Reuben. 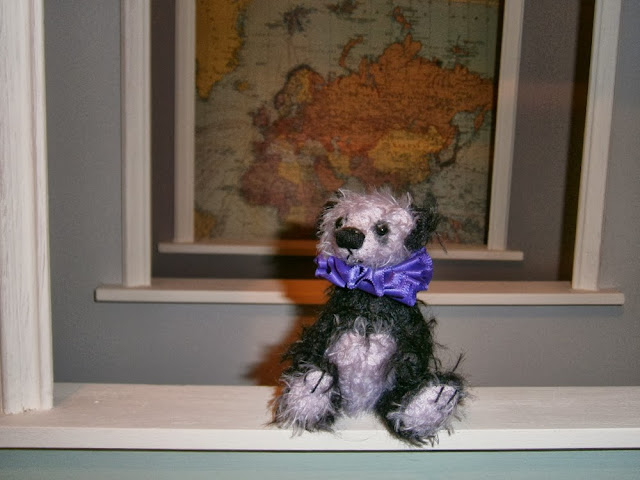 LILA
She is Edward's little sister who loves the colour purple much to Edward's disgust as he believe's Panda's should look serious and not want frills of Purple or purple tinged fur!!
But she is young and will not listen to her old moanie big brother! 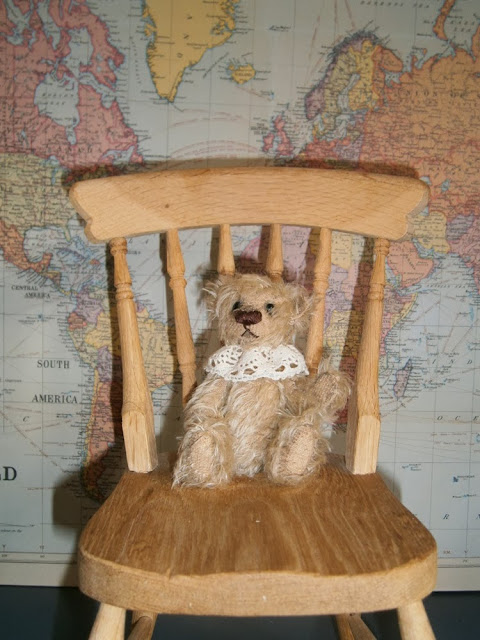 EDITH
A French bear who will only speak French although she understands and speaks English perfectly well having lived here for years!
She thinks Reuben should be kicked in the bottom for his miserable constant searching for an NP to live with
and she's just the bear to do it!!!