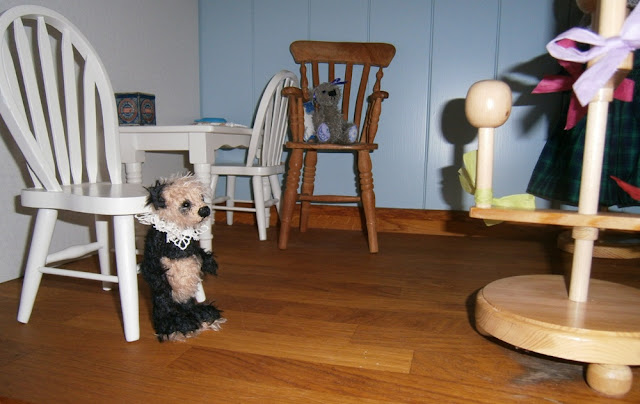 "Where is the racket coming from?" asks Edward coming into the Sasha studio. 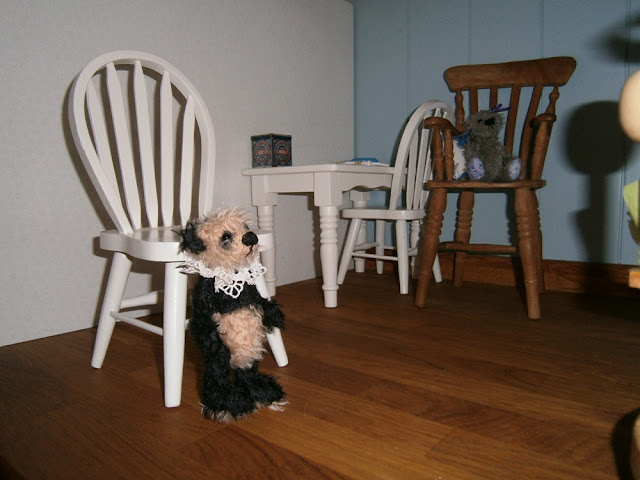 "Look Up " says Gertie whose been listening to this racket for some time!
Edward looks up.. 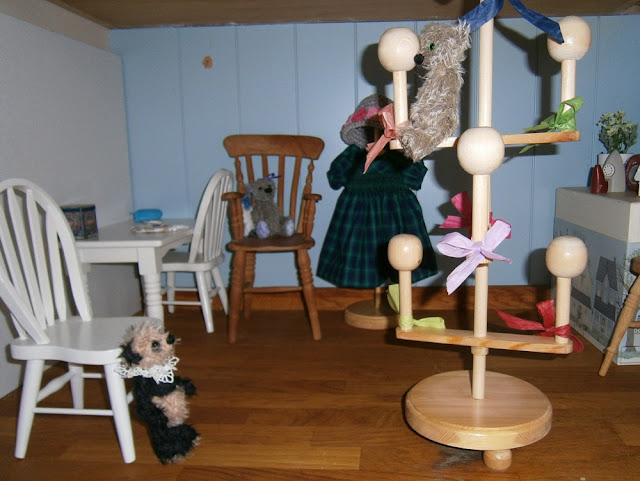 "Mossy! " calls out Edward " What an earth are you doing up in the Hattie stand?" 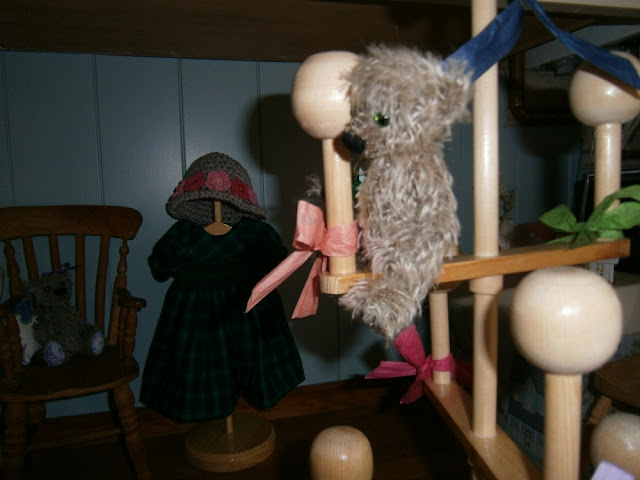 Mossy stops sing , much to Gertie's relief and looks down at Edward " What 's a Hattie Stand? " He asks 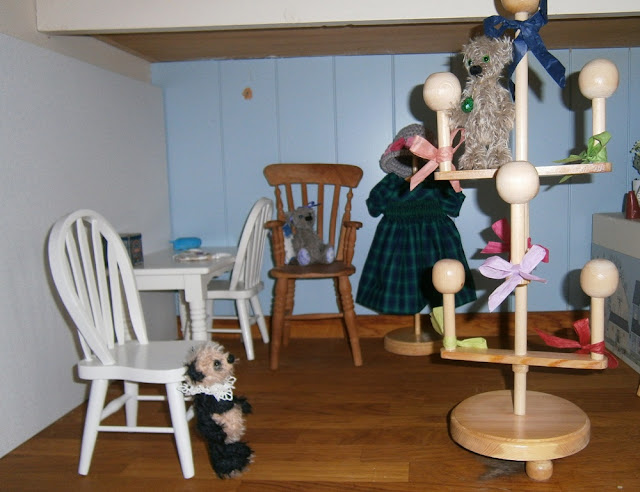 "what you are about to fall out of if you do not get down this minute" says Edward sternly, very worried that Mossy will fall." And! Where are all Miss Hattie's hats?"

" Oh " replies Mossy standing dangerously on the top 'branch' " She's taken them to be photo'd for selling"
Gertie look's at Mossy " He IS going to fall!" she states
Mossy ignore's the moaning little bear " Do You know Edward I can see all over the place from up here, it's wonderful" he sighs happily 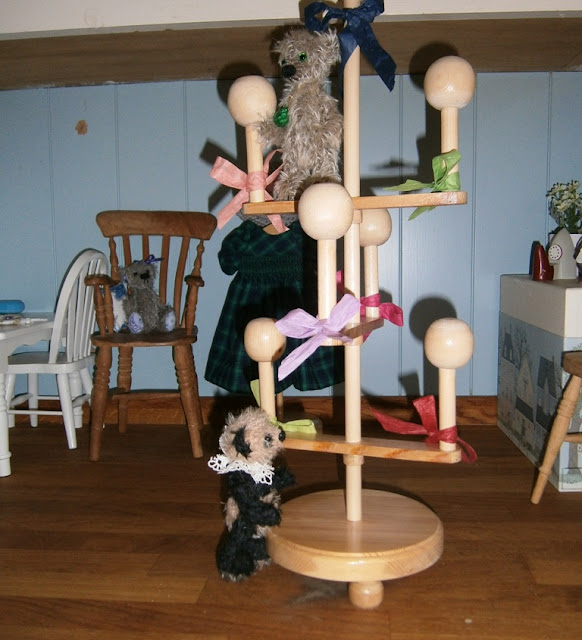 Edward hurries to the bottom of the Hattie stand and hold's it stead while Mossy continues to look about .
" Mossy " say's Edward carefully and calmly " will you come down here I have a job for you" 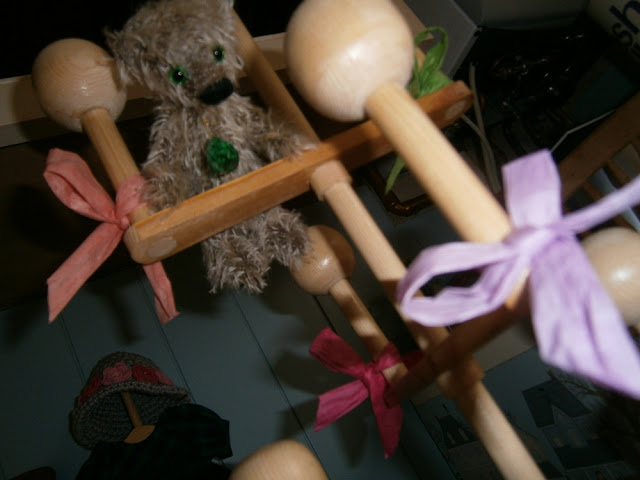 "Well of course " says Mossy immediately swing down onto the 'branch' 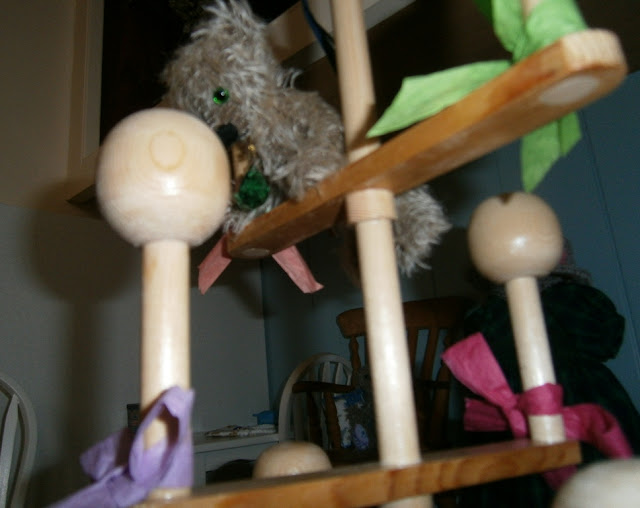 " Is there food involve?" he questions " I am feeling quite peckish , I 've been aloft a whi.....oops ..arh..."
there follows lots of thumps and groans as Mossy loses his grip and falls out of the Hattie stand !
"Told you " grumbles a little voice from the corner " when I find out what time that bus comes.. I'm off" 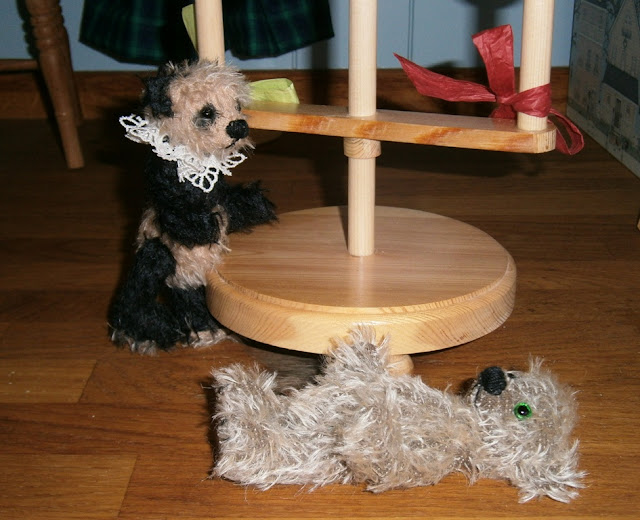 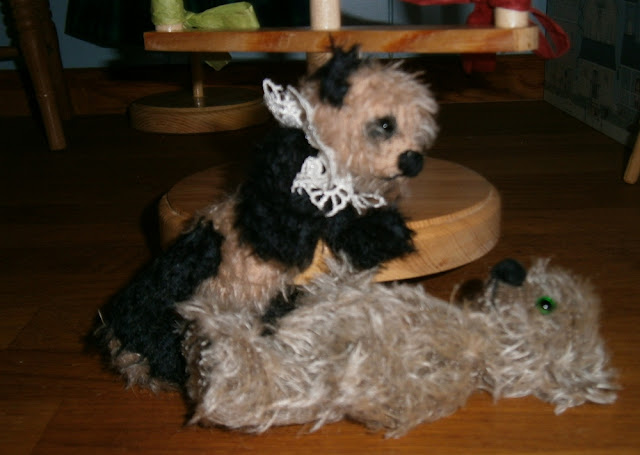 Staying calm Edward leans over Mossy " Are you hurt Lad?" he asks gently " does it hurt anywhere bad?" 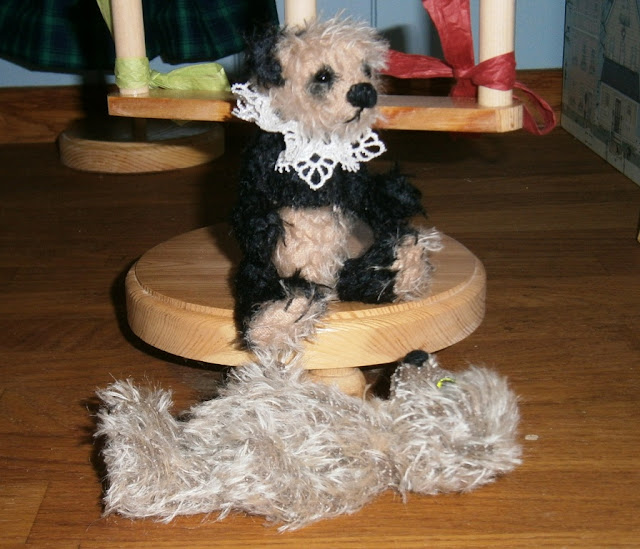 " I 'm thinking " gasps Mossy a little winded " That this would make a good Christmas tree "
Edward sits down in disbelief  and a little shocked from watching Mossy fall. 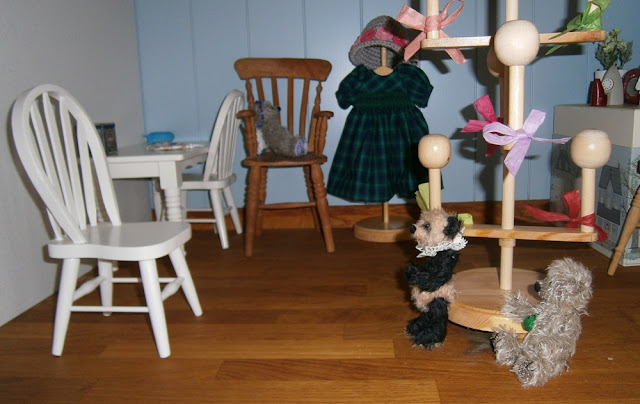 Once Edward's legs stop shaking he gets up to leave  " I forbid you to get up in that tree..I mean stand again! " he inform's Mossy walking away " and It belong's to Miss Hattie just you try putting things on it and see where that gets you" Edward storm's off as best as a bear that's just had a shock can. 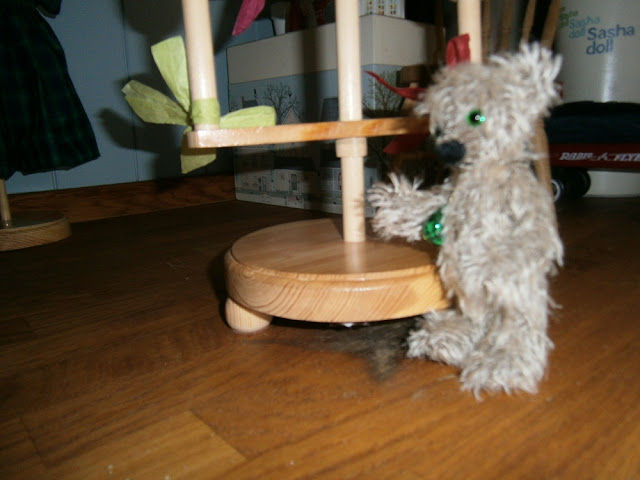 Mossy's voice follow's him out the room " she wont mind a little of the tin..al..tins..el that shiny string stuff and a few baubles...Edward! EWWARRRRRRRD"
Posted by Dee at Friday, November 16, 2012