Well the sorting and sifting of Sasha things continues! But I have finally dived into the big mess that's been building up again the Small bedroom / Sasha storage room. 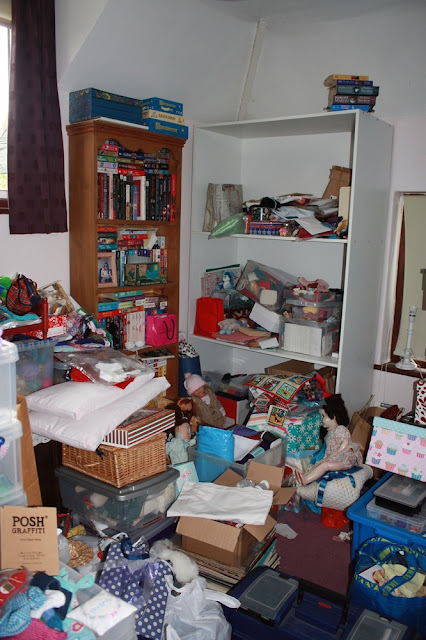 This is what it looked like this afternoon ( Saturday ) when I went in to try to win this battle! The tall white unit against the back wall was at one time and only for a short while the Sasha house but it was in an awkward position for getting natural light, so it became a storage unit. 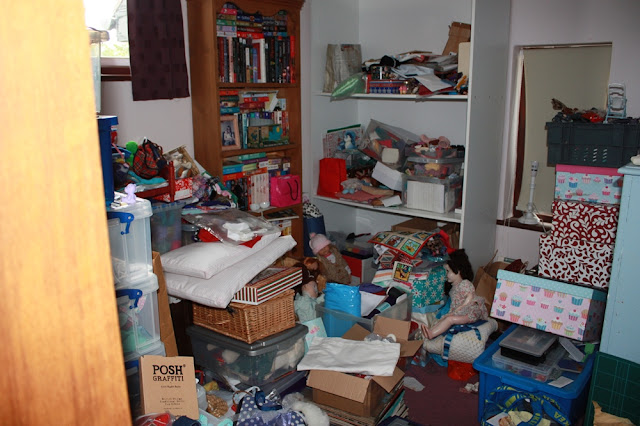 Having moved lots of the furniture down to the studio, it became a place to put things while sorting out things for Studio but I decided that today that unit was going and sorting and tidying would commence!!


After spending a good half hour moving everything out of one room and into another Paul took the shelving unit apart and took it away, out came the hoover and then the sorting began! 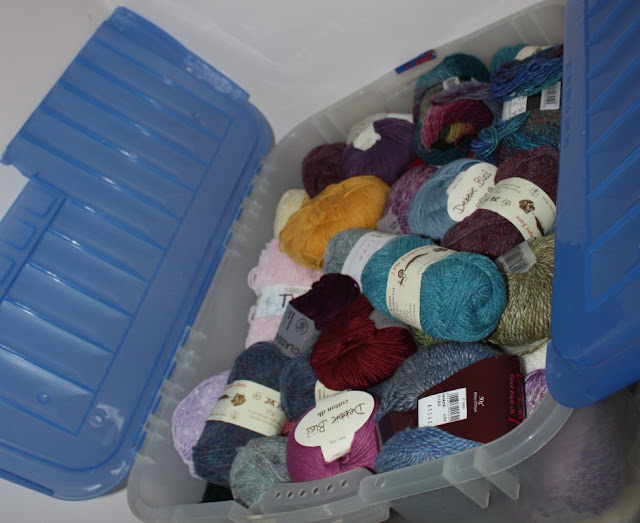 I had a look into this box of wool and found some of the 2 ply wool that would be perfect for the hats and mittens. 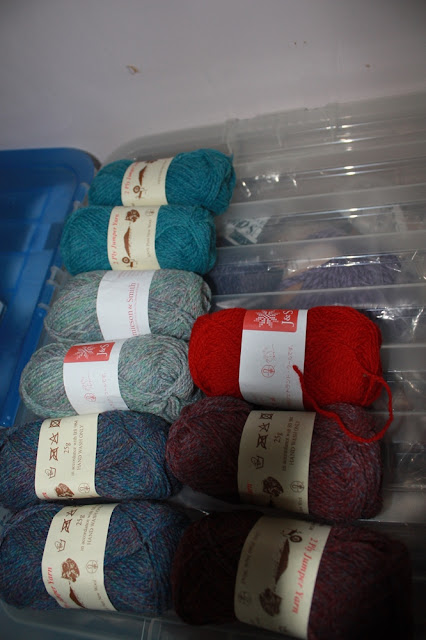 I was sure there was more? it may be in another box , I am sure I will come across it sooner or later! 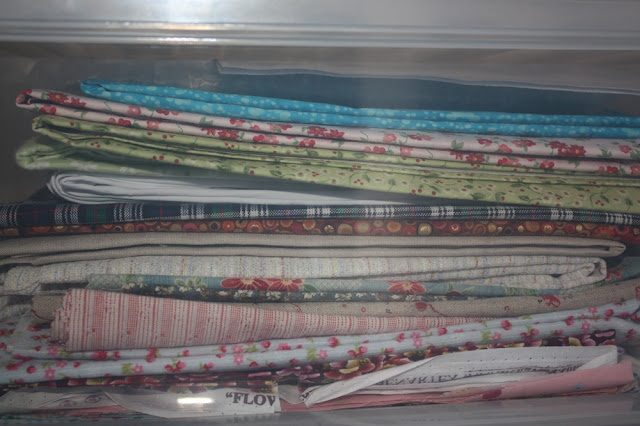 a view through the side of a plastic container at some of my fabric that needs to be used!! 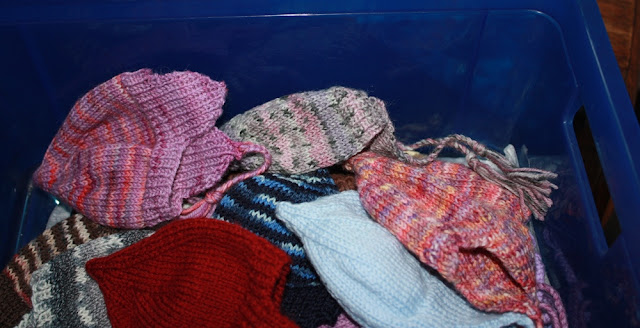 Just how many pixie hats does a Sasha family need? 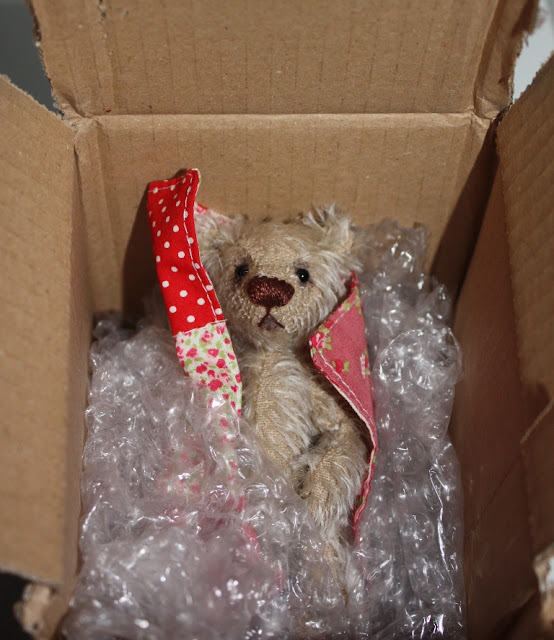 A little Bramber Bear still waiting to be ' found' ! 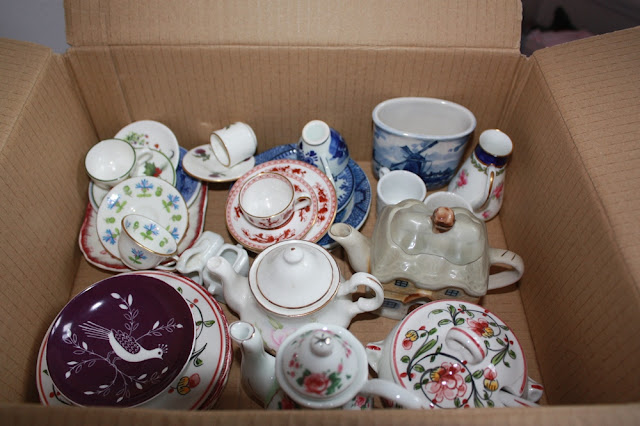 Yet move china! How much do I need ? It would appear quite a bit! I do love china big or small!! 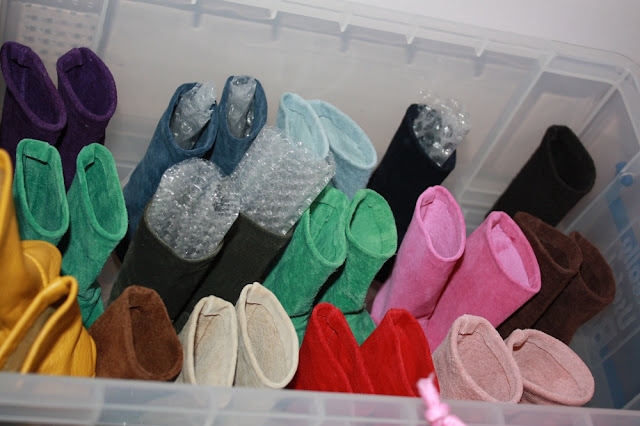 Finding boots and putting them together in a box. 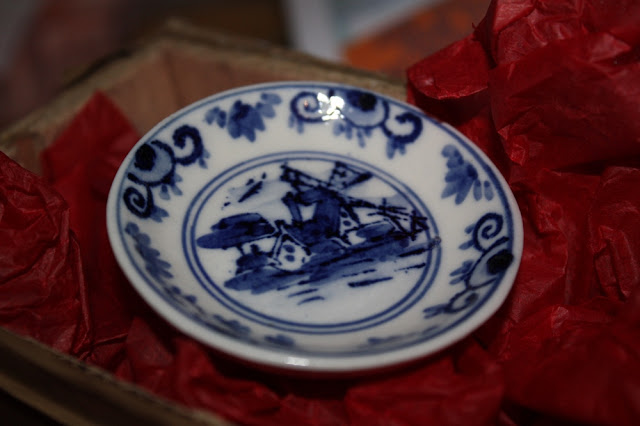 another little box of china cups and saucers which also contained this little blue and white plate. 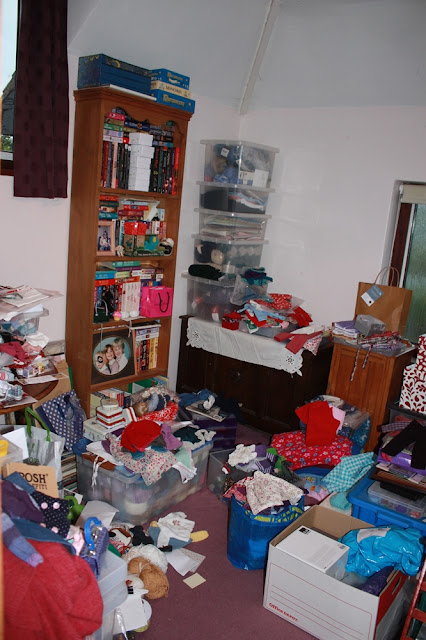 White unit gone and piles of sorting in progress! Time to stop for a short break! Then onward and upward!

Well today, Sunday , I decided I needed some more but bigger or different shaped boxes so that I could have less boxes , if that makes sense!!

So we went off to Hobby craft and then to B&Q on the hunt for boxes. 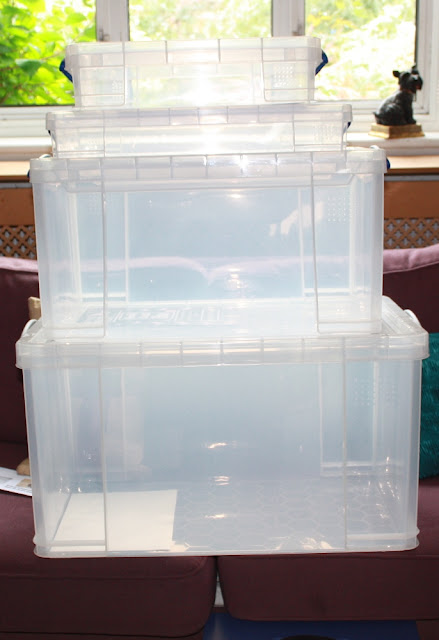 We came back with these! The top three from Hobby craft and the bottom one from B&Q unfortunately the two biggest boxes each store only had one left and of course now I am home and using them I could do with another one of the top box!
I would also like another of the third box down, so will go on the hunt for them next week.

I came across wool that I had bought to make the 'human' family sweaters with  some I am keeping but quite a bit I will sell on. 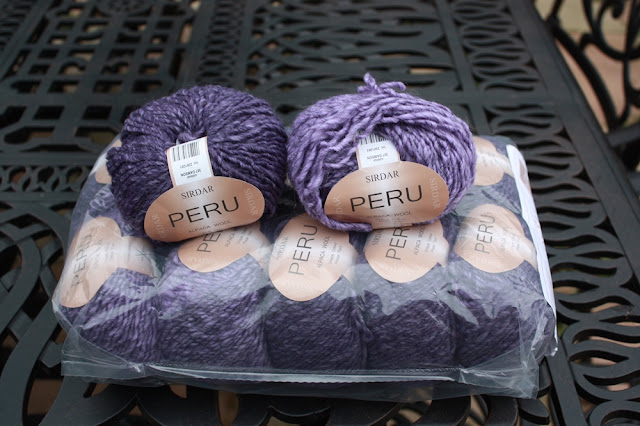 This gorgeous purple wool is going on ebay any minute.

I have now listed this wool plus more on my sales page and also on ebay, I just hope it all goes!

Well I have been working on the room all day  with only a break now and then to have a cup of tea and a sit down. All the new boxes are in use and two old boxes have gone into one new one! However I am now using the old boxes!!! I'm up sizing each box from a smaller one as I gather everything in one place... I now have a hats & bags box and a socks & tights box!
So still lots of boxes but much much tidier! 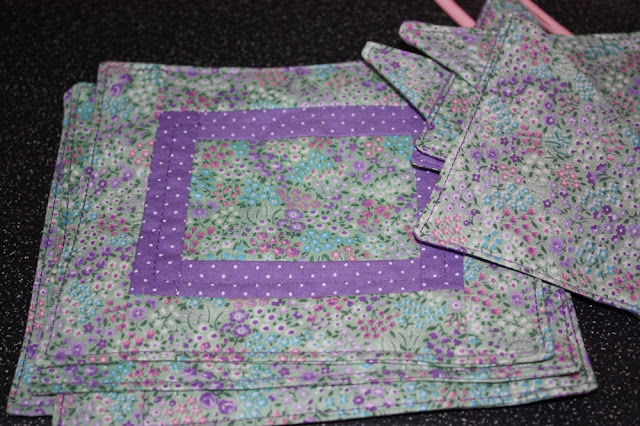 I found these little place mats and napkins in one of the bags that contained a patchwork quilt and pillow! The place mats are a little big for the Sasha table but the Napkins make great place mats!

I now have a box of just Sasha bedding! Well it looks like this may roll over into Monday! So I will wait until tomorrow to share a photo of the room and you can judge if it's any better!!

I can see I am going to have to be very hard once everything is sorted and go back and take things out to sell on, need to reduce that amount of boxes even more!But for now I just want everything tidy and labelled so I can find it!

Ps
I forgot to tell you about Paul opening the curtains one morning in the week to find the King of the Heron's sitting on the edge of our pond!! We had four fairly large fish and we thought that he'd eaten them all but finally this morning Paul saw ONE of them over by the edge, so today he went out and got five small gold fish to keep it company ! Let's hope the Heron does not return thinking we are running a takeaway for him! Mind you these new fish are about 2 to 3 inches and the ones he ate were about 6 to 7 inches !