The time is definitely escaping around here! No sooner am I up, I turn round and its nearly lunchtime and then, late afternoon, evening and then midnight!

Around ten-ish this morning I thought I must do the blog post and then, it's now a quarter past eleven and the days nearing its end!

So, I am dashing in quick before it's too late for a Sunday catch up.

I have had a lovely week, the weather was much better, more the usual English summer, cool breeze, baking sun when it escaped the clouds, all that was missing was the rain! and if the forecasters are to be believed we won't be getting any for at least the next ten days or so! The more plants in the garden are suffering and could so do with a mini monsoon to allow the ground to have a good chance to soak in some water!

We had a lovely day with the grandchildren on Thursday, they are growing up so fast and are always such a joy to be with.

Thursday was eye test day, this is for diabetes check, so they put in drops that make your pupils enormous, this time the lady put in loads, which meant I did have trouble making may way back to the car in the bright sun even with my reactor light glasses, I needed a hat really to help and it took until the following morning for them to revert back to normal. Oh, and don't panic I didn't drive home being unable to see, Paul had driven me, but I did start to phone him to ask where the car was, when he appeared behind me, having done a bit of shopping while he waited.

For once I managed to put a few household/garden items onto ebay while they had a reduced fees offer on. 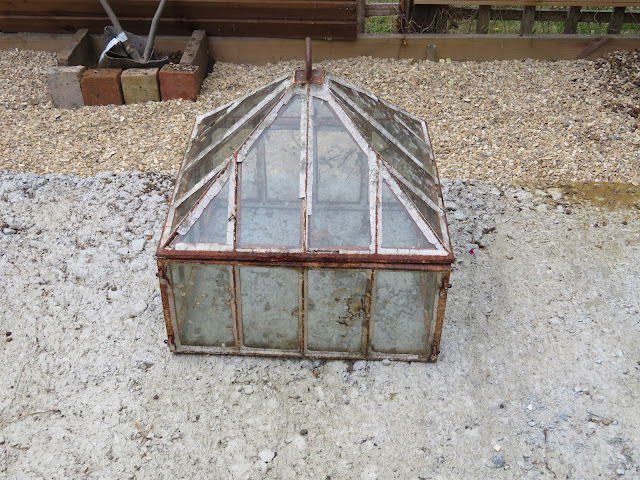 One of the things we sold was this glass cloche, now listen to how fate? can be at work. It was on Ebay and I got a couple of offers by the time I got up the following morning, but too busy to answer them at the time, I left it and by the time I went back bids had been made, but one of the bidders stated they were not far away and did I have a BIN price.

I don't believe it's fair to change from an auction to a bin if bids have been made, so explained this and left it, to run. Now it was finishing on Saturday, which just happened to also be the day Lindsey was going to a friend's housewarming party about half n hour away, Paul dropped her off and arranged a time to collect her.

The auction ended and the winner messaged to ask for detail about collecting, well when I looked, I saw it was the man who said he lived nearby, which just happened to be in the town Lindsey was in! I said we could drop it off when we collected Linz, if he made payment and told him the road we were going to. He paid, messaged his address and we told the cloche with us, picked Lindsey up, then put his address in the satnav, it turned out he lived in a road two roads down from where we had collected Lindsey!!! Fate or what?? It's a strange old world! 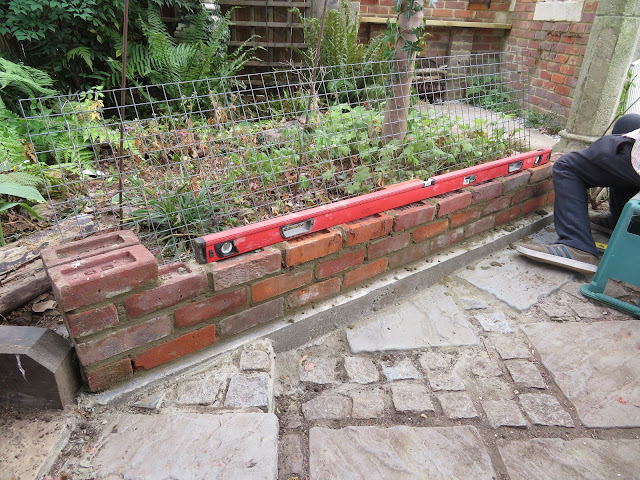 Paul's been building the folly wall and is two rows away from needing the window to continue! Problem's been deciding which window or windows to get for this side!! Finally settled on which one today, so will order it tomorrow and hope it doesn't take weeks to arrive!

On the doll front, no dolls arrived, and no dolls have left! I have been very slow in sorting things and making decisions! Must be an age thing as I used to be so decisive!

I did have a prop arrive for them but with the weather planning to get hotter, it may have to wait until the week after next to be used!!

Wishing you all a happy healthy week ahead