Well I wish I could say I have loads of Sasha photos and stories ready and waiting.... but it would not be true! Because at present I am sitting in the midst of chaos !

Who would have believed that removing a structure that was about eleven foot by eleven foot square would cause such mayhem! Mind you, probably was not the best time to add a puppy to the mix, but there you go that's how we seem to work round here! Why do one job when you can have half a dozen others on the go ! 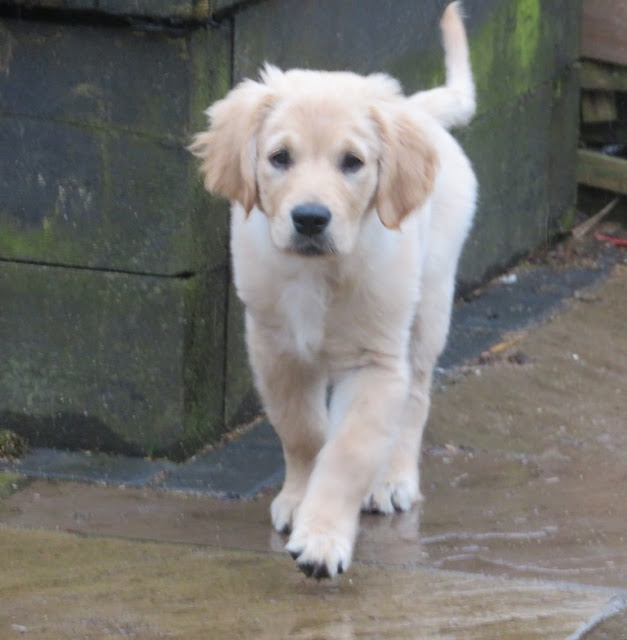 Casper is growing and starting to get some of the longer fur that shows he's a retriever. He still believes that if the cats can sit on sofa and the people , then so can he! He 's finished his socialization class and is waiting for his puppy training class to start later this month. He has his moments when he does exactly as you ask and then his moments when he takes no notice what so ever.. just like a child really!

Well Saturday was dry and warmish! So while I was at work Paul got rid of some rubbish to the recycling centre and we did another trip once I was back home in the afternoon. Which helped reduce the mess in the garden slightly.
Today after a grey wet start, it stopped for about an hour and is now raining again and does not appear to be stopping any time soon. 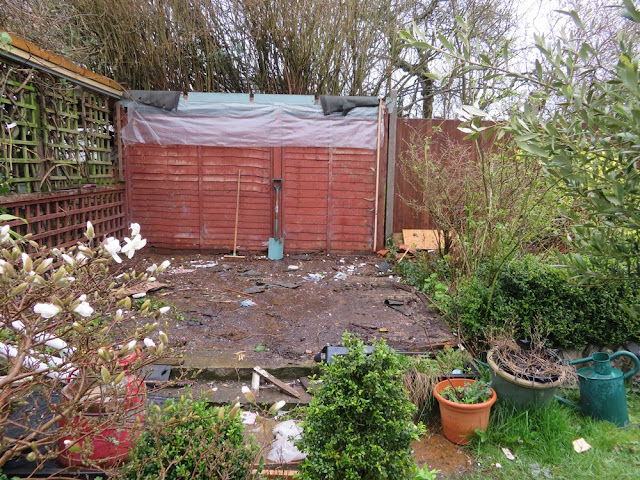 So even when the rain started Paul carried on until he'd got the last of the decking up, so we now have another pile to get rid of but the space is now clear.

We just need a couple of dry afternoon / evenings, so we can clean off all the old muck from old base, move the shrubs on the right hand side to make way for the 3 ft increase in base and stain that back fence to match the new ones.
Then a dry weekend or at least one of the days so we can lay the extra piece of base.

Now you'd think that  my doll bank balance would be looking good... alas no! as there's always a little something, one sees , that can come in handy for the dolls! Plus there are far too many seamstresses out there making wonderful clothes, in fabulous fabrics! and lets not forget the talented photographers who are putting on beautiful photos that tempt us even more!

Lucas has decided he wants to help with saving the Schoenhut Pygmy Elephants and when he saw this set on Auntie Ginny's website, he just nagged and nagged until I gave in and sent for it. ( I loved it the minute I saw it and ordered it straight away without telling young master L ! ) he even put his clothes away when I asked him to, mind you they were pushed in like rags.. no folding! But then he is still young.

I have a heavy week ahead, due to staff holidays and no cover, so although I hope to share a few more photos this week I may just be dozing in a chair!! Or if it stops raining out in garden trying to get things done.

So wishing you all a great week ahead with hopefully some good weather attached.