THE FIRST SUNDAY OF NOVEMBER

Well it's the final month of autumn ! The cold weather is already making it's self felt. Paul's spent the afternoon clearing out the greenhouse and then putting in all the plants that will need some help to get through the winter months.
The days are nice and bright but that cold is just chilling the edges ,waiting for the sun to lower in the sky to remind us winter is coming.

Now it's very rare that Hattie ever asks for something, in the clothing line, she tends to throw a few different items on from whose ever wardrobe or chest of drawers she's looking through!

But when she saw this on auction on ebay , she was very taken, however she does not bid! And she forgot to tell anyone else just how much she loved it, so alas it was sold ! But Hattie was not down hearted, she just sent off an email , in my name, to Rosie requesting if she had enough wool left could she make her one.

and below is the result ! 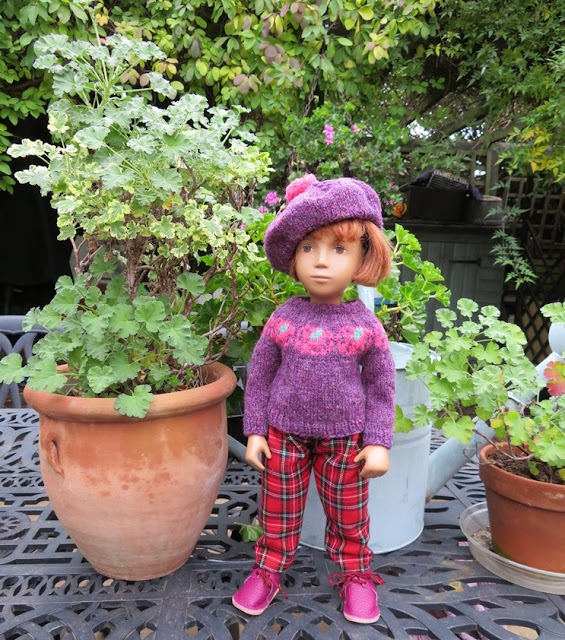 Hattie is a big fan of Charles Rennie Macintosh , so she is one happy girl. 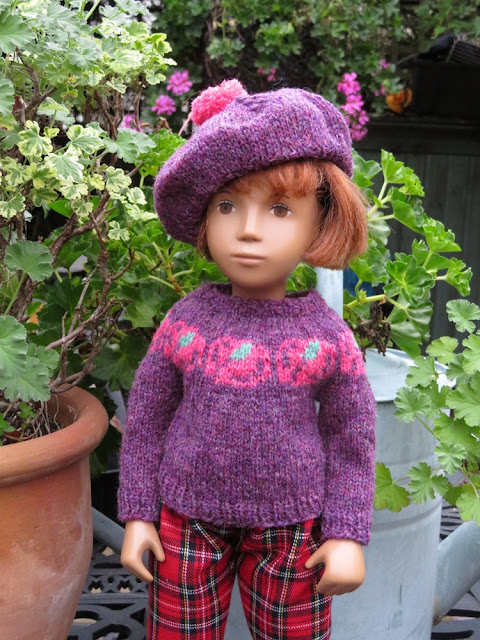 Unfortunately Valentine is heart broken! Because Hattie's taken back her tartan trousers which he loves and had been wearing.

I've let him have free reign looking in the new and as yet unused box of clothes , things bought at the SCW and the Chat n Snap and elsewhere. He's only slightly appeased but as I told him it';s about time he found himself something new to wear!

He's taking his time choosing so no photos yet! I think it's because now everyone knows there is box of newbies and he's enjoying making them all wait a while before they can look. 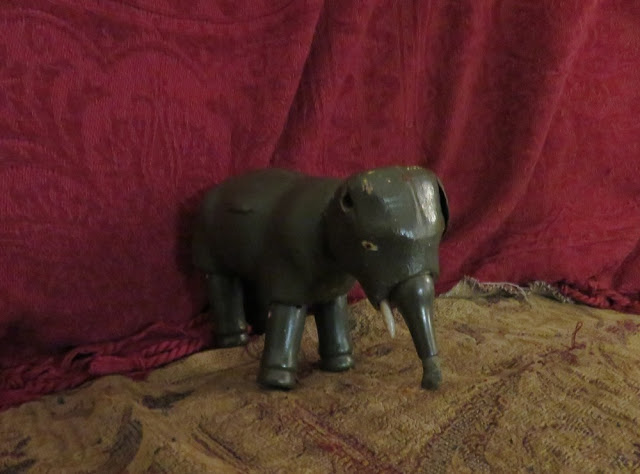 I won this little fellow on ebay, he's one of the very smallest of the Schoenhut elephants and will make a lovely addition to the herd in the sanctuary. One of his ears is missing , so we'll call him Pardon? .

I'd like to say I have been good since the Chat n Snap but it would not be true. I have been buying some new clothing for the Sasha's and some shoes.

I've managed to organise myself and take a few photos to share on the blog during the week. Hopefully we'll have some doll shelf photos for tomorrow but by now people get busy , so not so many appear but I hope to have a few to share from other not just myself.


On the home front Casper and Rufus , 10 months and 6 months this week are growing strong and their personalities are showing through. 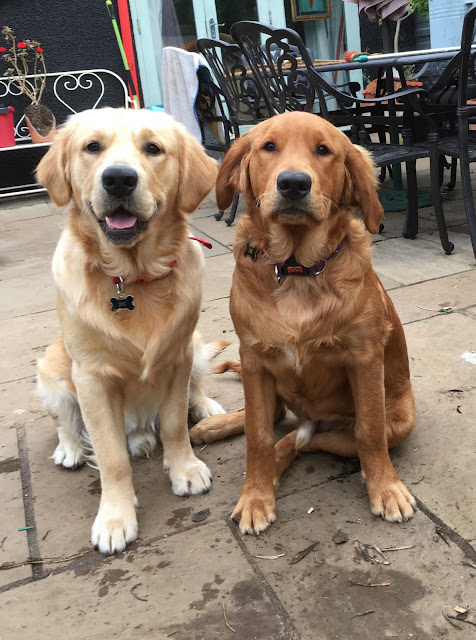 Paul managed to get them to sit next to each other just long enough to get a couple of photos!


Well have a lovely week and I hope you all have time to share with your doll families.