THE LAST SUNDAY IN NOVEMBER!

Yes it is the last Sunday in November! I have found this hard to get my head round since it's only the 25th day of the month.

I was asked to babysit Clara on the last Sunday of the month, which of course I jumped at, then spent months thinking it was dated the 28th ! , don't ask ! So when I saw it was actually the 25th I was quite surprised. One tends to always think that if it's the last Sunday in a month , it will naturally be  around 28th to 30th not allowing for when the days will fall in the calendar!

So I find myself writing this strangely early last Sunday of the month post,with five days of November still to run ! 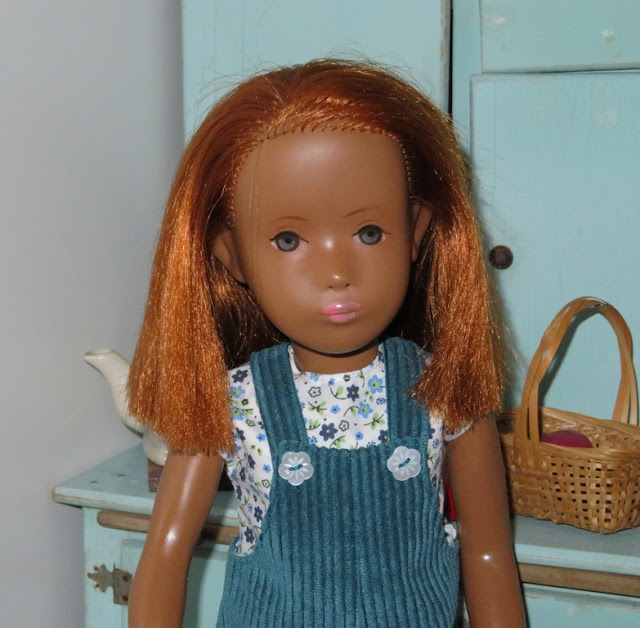 Well this month we had a Sasha arrive! Totally unexpectedly as I have sold a few lately with the idea of downsizing them slightly.
But I saw this button nosed lass on ebay and found myself watching her fate. I expected she'd be bought at the end of her auction but no! So of course when  I saw she was now on a bin and I looked again.

Why ? Well lets get serious.... she's a red head.... and she's a button nosed red head...so what's not to love?... Originally she was going to be my Christmas present from Paul and she still is part of my present but she needed some tlc first. 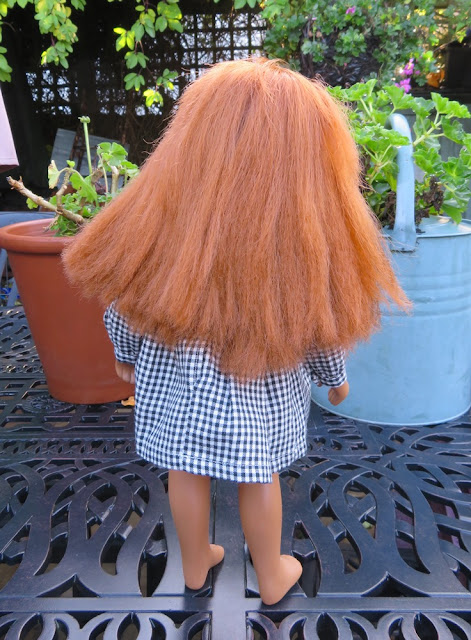 Her hair was pure frizzy! So I tried using some Argan oil but it did nothing especially at the ends. So I had thought of cutting her hair before she arrived and after seeing just how bad it was still, after the treatment, I decided to go ahead and cut it back to her shoulders. 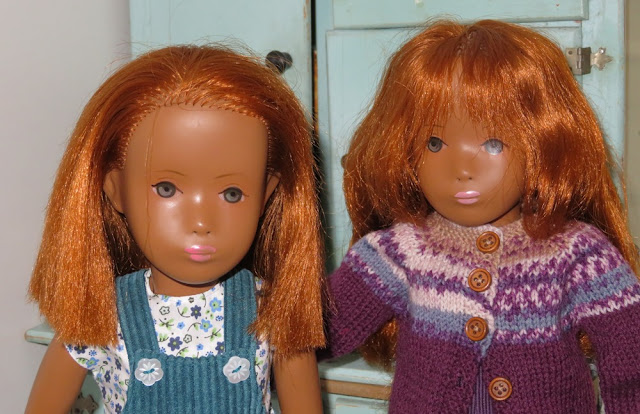 It probably still needs a little more styling but I thought I'd let her get over the shock before I carried on. Magda is over the moon to have another button nosed sister in the family.

Now I know that Kendal will be tutting about me getting part of my Christmas present early but I just cannot put the poor girl back in a box for another five weeks now she's met her new family.

I have also been working with Ginny of A Passion for Sasha on finding some fabric suitable for Dungarees for the twins. I saw this one and Ginny had a look and agreed that the pattern was small enough for the Sasha's , so this week I received the finished items. 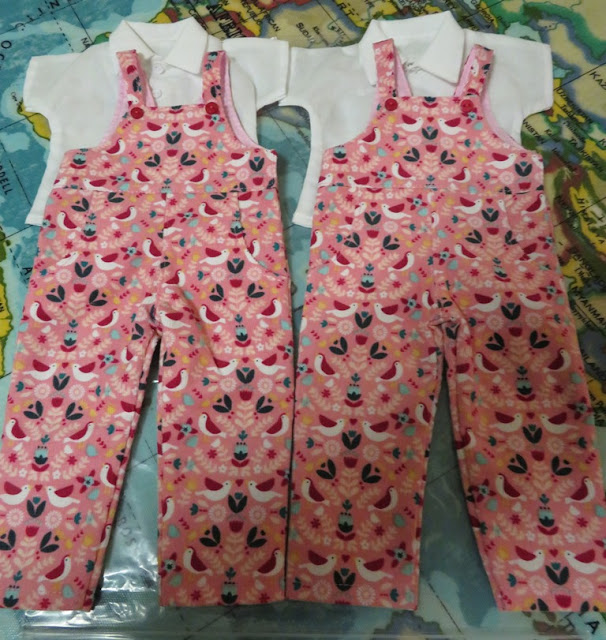 Since the twins are in new outfits at the moment I'm going to save these until the New Year.

Ginny also made me a pair for my largest Wichtel girl. 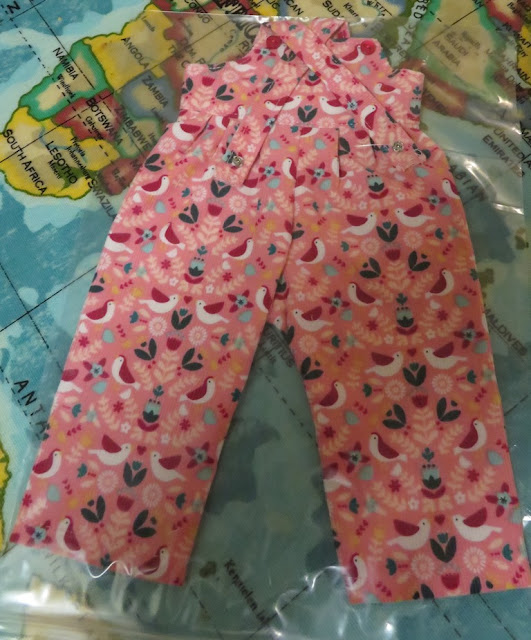 She will get to wear hers as soon as I get a chance to change her next week and find her the right colour t shirt to go underneath.

I have also commissioned a couple of cardigans for the girls from another Etsy seller, TriciasixT.


On another note it will be Clara's first Christmas, so Grandee is doing her bit by getting a few things for her to start to feel in the Christmas mood, not that she'll have any idea what that is for another couple of years but hey I'm having a great time! 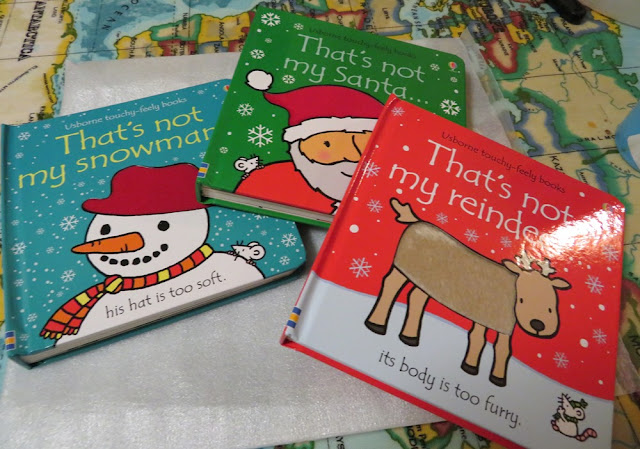 Clara loves these .. That's not my.. board books, each page mentions an item which is somewhere the baby can feel rough, smooth, shiny, fuzzy, furry etc. So I have bought these Christmas ones for her to feel.

Of course I have a few more for part of her Christmas present, along with a few other items. I'd like to say that she will not be spoilt but it may be better to say she won't know she's been spoilt as she's so little. Most of what I'll buy her will be clothing for her next growth spurt but of course I'll have to add a toy or six...  lol

My Christmas tale's is starting to form in my mind, so now that Decembers is rapidly approaching I need to start gathering together the players and the props for this new Christmas village story !

So have a great week.