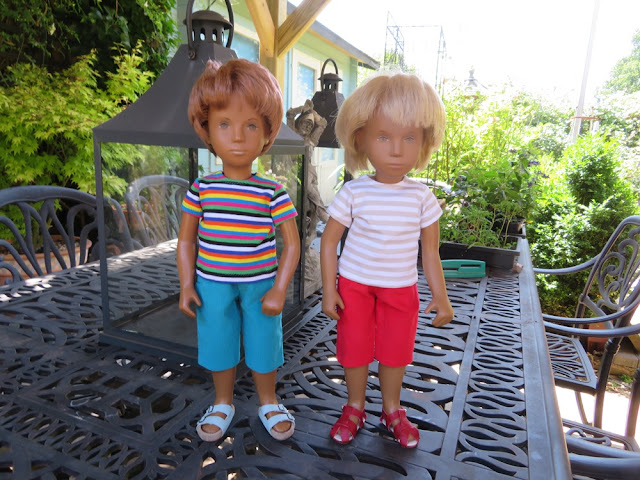 Robin and Adam are outside in the shade because today is very hot! 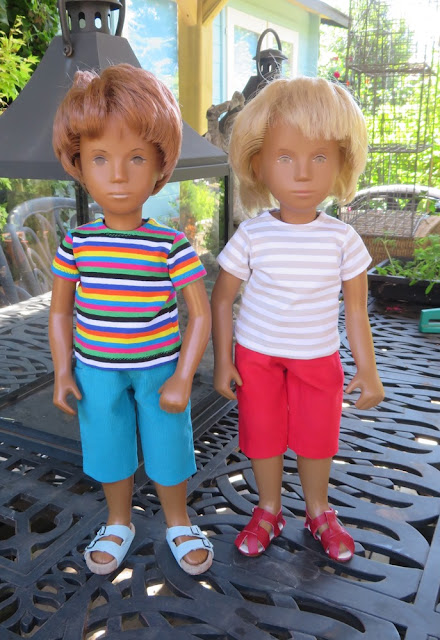 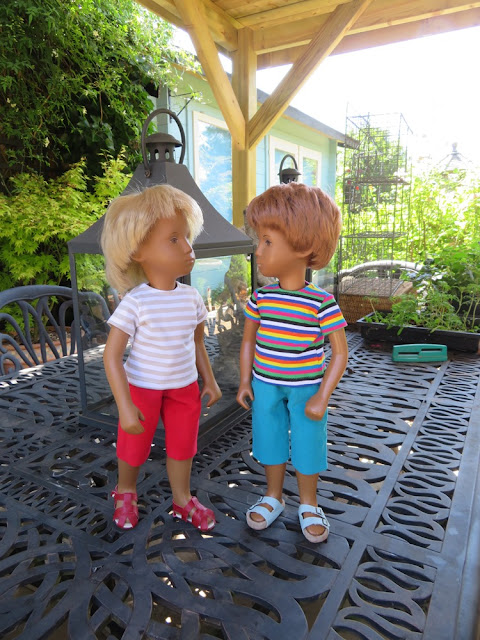 "Goodness you must have been baking Adam " Robin says " I thought she was never going to take you out of that coat! " 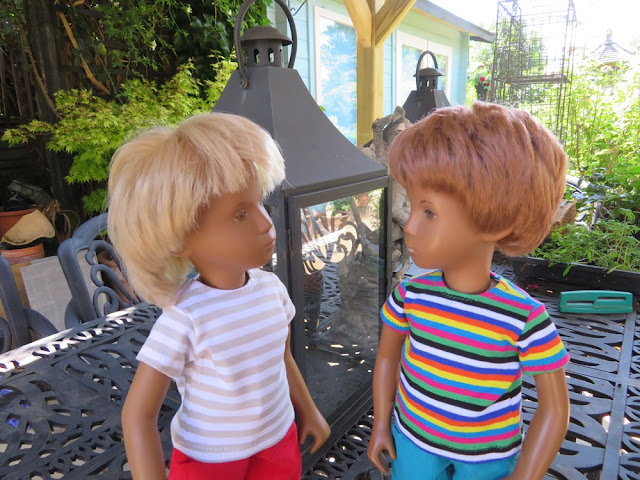 " Take my coat off !" says Adam " I thought she was going to sell me again! "
" Really!"
"Yes Really " sighs Adam " when she just left me sitting around in the bedroom, then the studio and I didn't get to come see everyone.. I feared the worse!"
" Oh if I'd known I'd have come looking for you !" Robin says " You know what mum's like for getting side tracked "
" I so do!"
" Well come on ! lets get back inside and with the others then she'll forget whatever plans she may have had ! " Whispers Robin 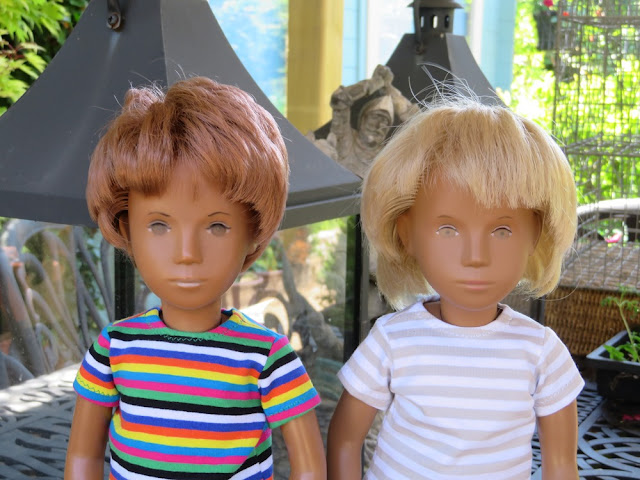 " We're just going in to watch a film " States Robin, nudging Adam towards the door...
" Don't you want to play outside " Mum asks, not really paying attention as she's trying to decide if the plants need watering again tonight .
" Will do that when it coold down a bit later " Robin says nudging Adam harder , then they make a dash for the back doors and vanish into the house.
Looking at the disappearing Adam , Mum wonders what it is she wanted Adam for?...... Never mind she's sure she'll remember sooner or later..