Zak and Toby and the other children have now finished school for Christmas. They had lots of exciting things happen before the break, Christmas Plays and Party and the carol service.

Zak and Toby loved the Carol service watching all the juniors singing the carols.

They have decided to have a go at singing a carol but they wanted to put more into it by having the things that they are singing about with them. 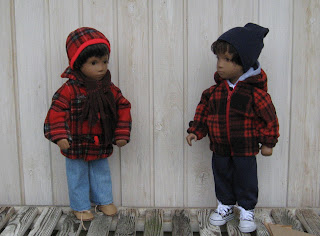 "What carol shall we sing?" asks Zak
" What about silent night?" offers Toby
" No that would be too hard. How would we show a silent night!"
" Keep quiet!" Giggles Toby
" I know lets do On the first day of christmas" says Zak excitedly
" Yes I love that one" smiles Toby.

The boys hurry about collecting their props and when they are ready they start singing. 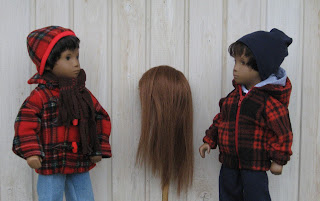 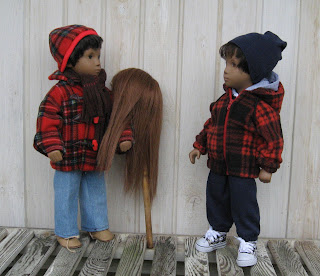 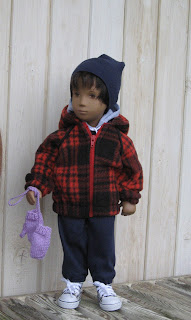 "...Two purple gloves and a parting in a hair treeeeee"

" their not purple!" argues Zak
Toby rolls his eyes " They are pale purple! " he states indignately
Zak looks doubtful but lets it pass..." right next line"

" On the third day of christmas my two loves gave to meeeeeeee..... 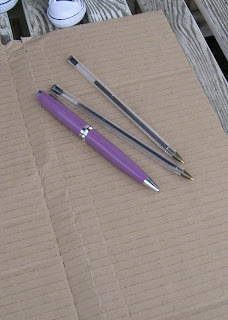 three French pens, two purple gloves and a parting in a hair treeeeeee"

" How do we know them pens is French? " queries Toby
" Because when a pen runs out and dad's in a hurry , he always says a bad word then says ' excuse my French' ! so they must be French pens!"

" On the fourth day of christmas my two loves gave to meeeeeee four calling words... " Sings Toby
" Hold on !" demands Zak " Whats a calling word?"
"mmmm" wonders Toby " I know , its when you call someone!"
"Eh!"
" Well when Mrs H from next door sees dad come home she always calls out ' Hello , had a good day at the office?' so Hello must be one!"
" Then Hoy you ! must be one cos Mr Black always shouts out that when someone starts playing football near his car!"
Toby Giggles " Then Clear off must be one too"
The boys spend sometime laughing, before getting back to business. 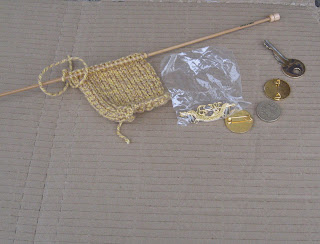 " Thats Six"
" Well I could not decide if the key was gold because its going silver underneath. So I got mum's knitting cos it looks a goldy colour" 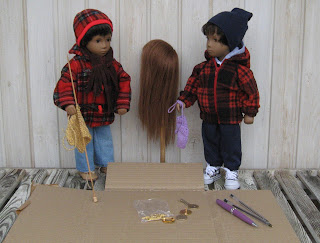 " Take mum's knitting away cos thats really yellow not gold, the keys ok "

Zak picks up the knitting. " Have you got anything for the sixth day of christmas...?"
"What! " asks Toby in disbief " is there more than five?"
" Yes theres twelve days"
"TWELVE"
" Yep! But I cannot remember what the other days are! " Says Zak
" Well thats good cos I only know five too and lets stick to that, how many days does christmas need anyway ! once we've got our presents its all over!"
" But they do put all the childrens films on the Tv"
" Thats true and we have to eat turkey til we begin to look like one! "

" Well lets sing it all from the fifth day, then go and see if mum's made them mince pies like she promised"