The floor is still a no go area but a little less so but I have been making progress! I have , I decided that I would list things for sale on my sales page and or Ebay, so that's what I have been doing ..which is why it's taking so long!

It's surprising just how long it takes to decide what to sell, not helped when I put things back that have not been used for a couple of years!! then go back the next day with the good fairy and put them in the get rid pile! But despite the Keep it Monster !! , I am managing to move things on to new homes!

I was off today, so took out more clothes and put them on Sophie to model took photo's and cropped and sized them to put on sales page this evening.

Then I decided to look into this box which as been sitting in my bedroom for a long time... I can see it from the bed and after looking at it since I started this clear out today I decided ..... 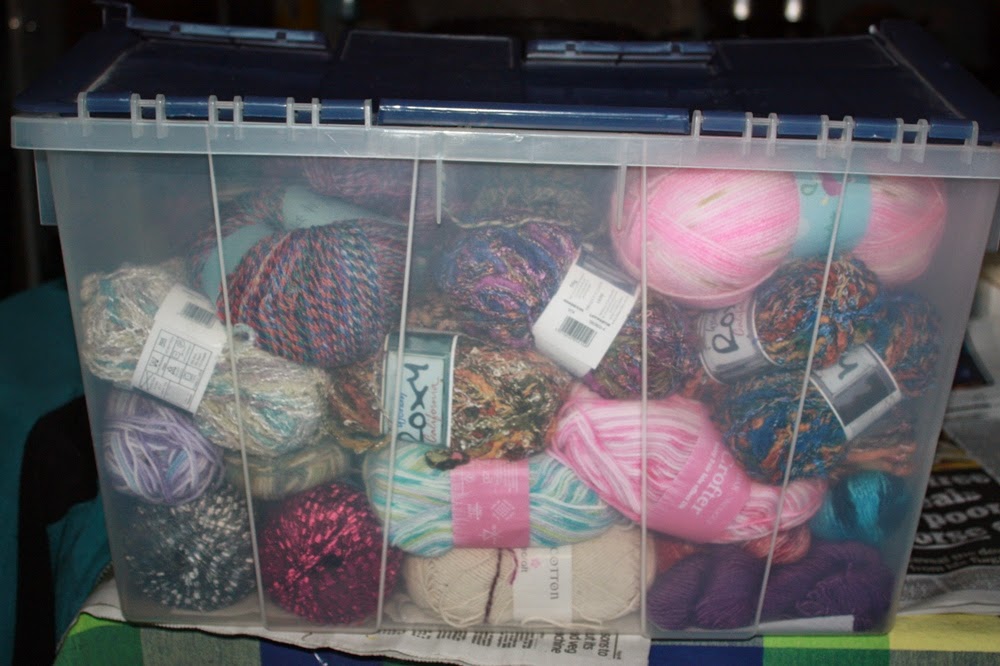 that it ALL had to go! Yet more wool ! Back in my early Sasha days I would knit and sell things for Sasha but now there are so many knitters out there and I do not have as much time to knit as I used to , that I may as well sell the wool I bought to knit for Sasha with. I stopped buy wool ages ago for this purpose but have so much I am now going to sell it off as it would take me years to get through the amount I have! 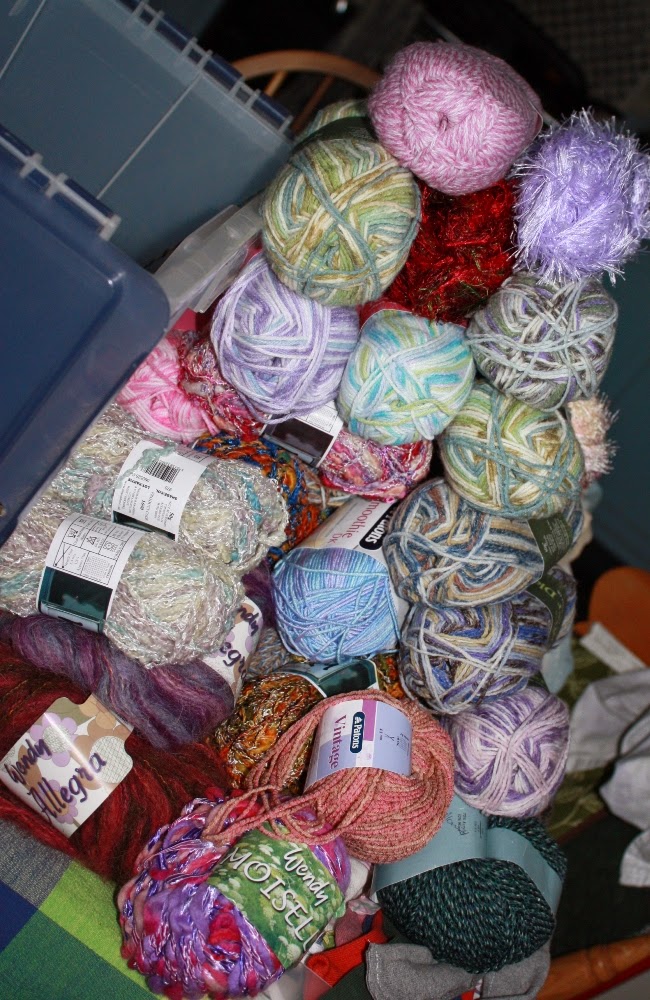 So this afternoon I removed almost all of the balls from this box and took a photo of each one. 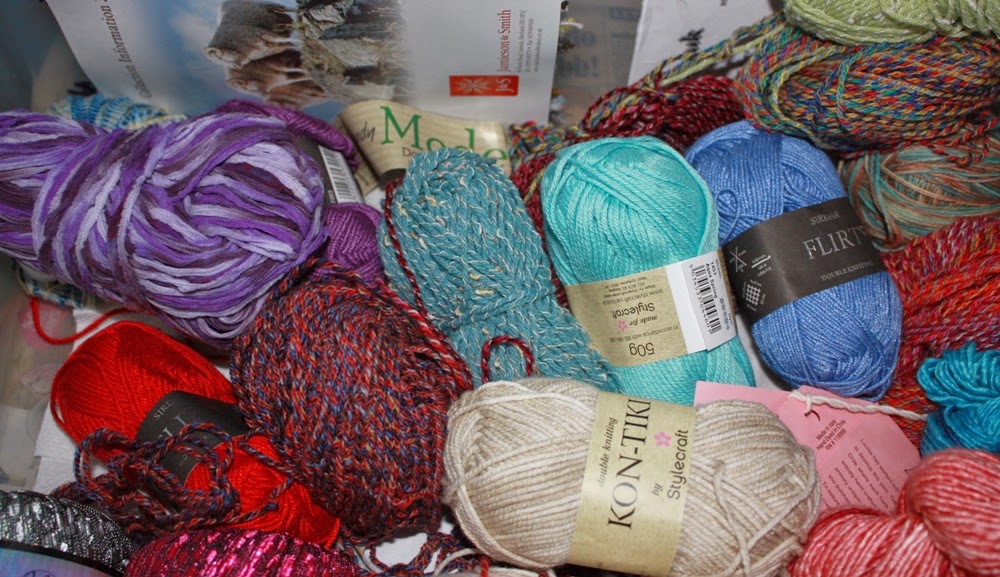 These balls in the bottom I left because some have been used and I want to keep a small amount in case I need it for something ..that's the Keep it Monster..in me at work!!

But it's now all listed on the sales page and any not sold by 1st March I will bundle up and put on ebay, it's GOT TO GO!! Then I will be able to reuse the box for some Sasha clothes I am keeping but that need a bigger box! Then that smaller box will be gone! So if you know any knitters who may like some fancy wool, get them to take a look!!