WHAT A LOT A GOTZ..A

While getting my photo for doll shelf day I gathered together my no navel girls, all save poor Ginny whose armless ;) at present!

Managed to get the photos done before the sun got way too hot, but as is usual with these shoots , you always take way more photos than you need.

So I decided I could use the extra's for a blog post. 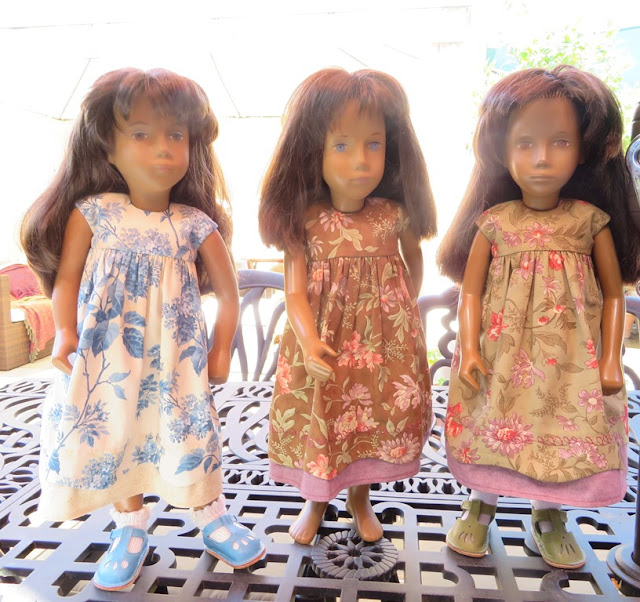 Gathered were my brunette girls, Wren, Raven and Winter. All in dresses by Petrana. 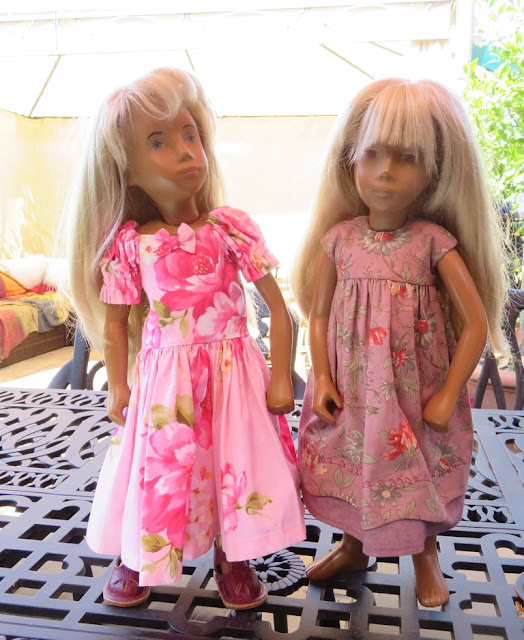 in the blonde corner were Ashley and Sansa. 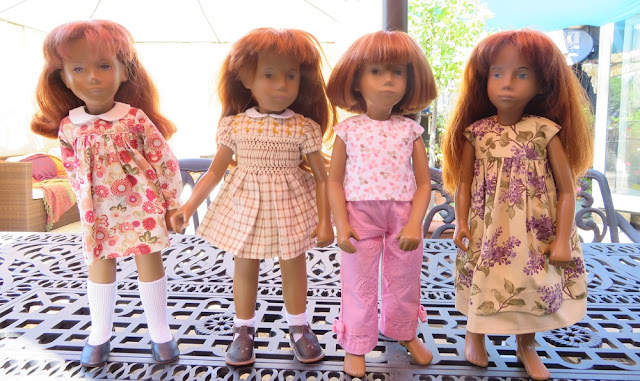 and in the red Mary, Caitlin, Saffron and Martha, Ginny being unavailable.

They were joined by Magda , who doesn't like to be left out even if she's a button nose and not a no navel but she is a Gotz! 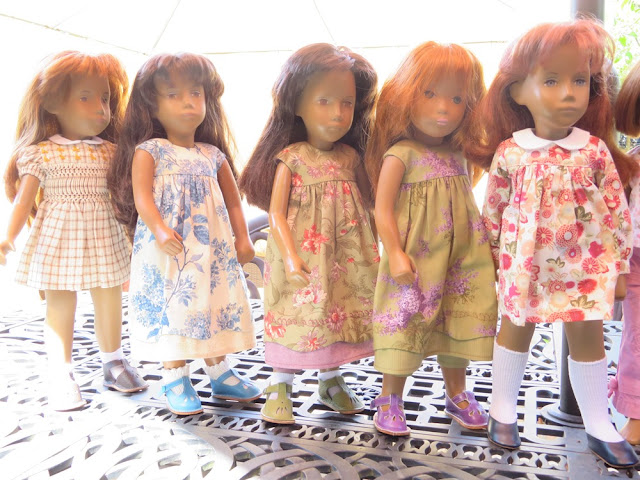 Caitlin was not paying attention , too busy whispering things to Wren 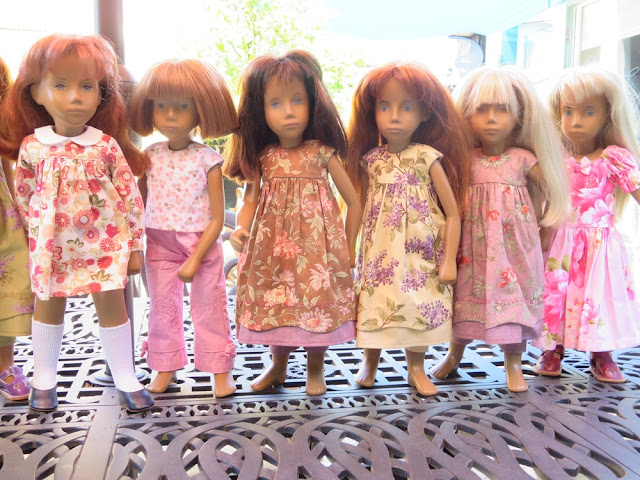 Ashley on the end wanted to change her dress but was told there was no time , where as Saffron said she wasn't putting on no dress! 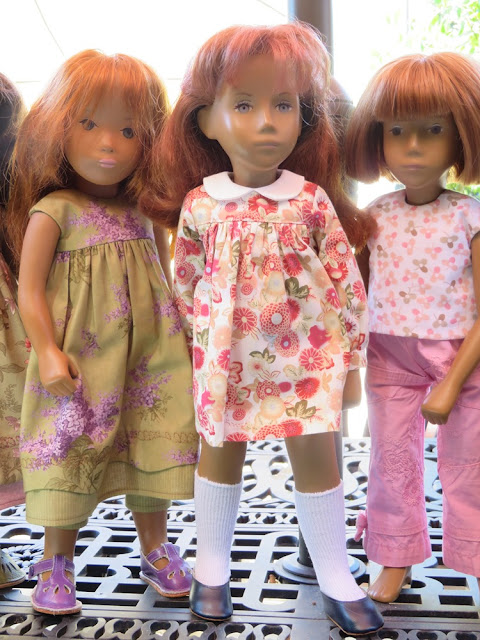 Mary decided to take centre stage and organise everyone, while Magda made sure she'd been in a good spot to be seen! 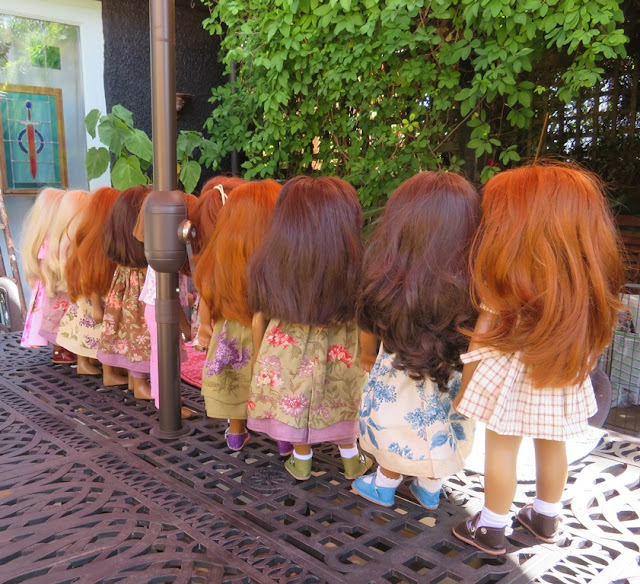 I left them for a moment all chatting and trying to decide if they wanted to move elsewhere in the line up!

I did try not to eavesdrop! honest! 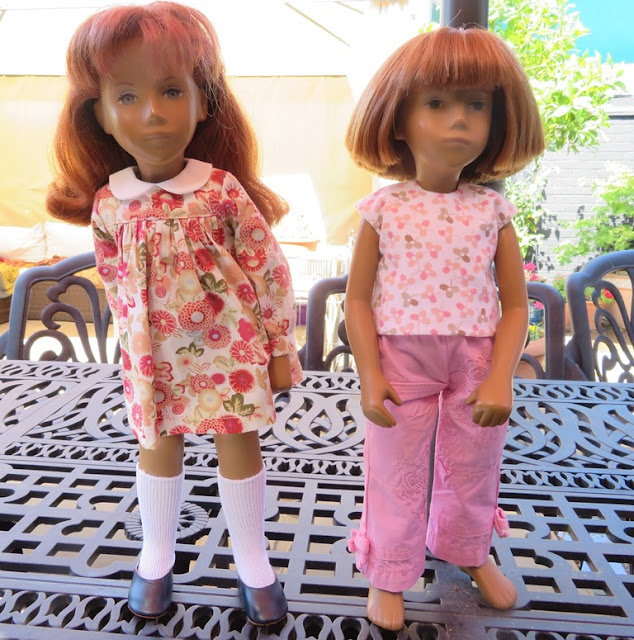 Mary and Saffron are No  navels but not as we know it!  Mary had her eyes painted in the Trendon/Frido style by Shelly and Saffron had a complete re root and style by Alison , but this just makes them extra special no navel kids to me.

I'll need to sort out Ginny's arm string along with a few other Sasha's and Gregor's who are having trouble controlling their limbs! It's not a good look lying in the bushes when you are supposed to be taking part !