Well what a wonderful send off for His Royal Highness The Prince Philip. The day was bright ,the castle looked perfect and the soldiers, sailors and airman gave him the honour guard he rightly earned. Such stirring music played, hymns sung by just four singers , who filled the church with beautiful song and even sounded like there were more than just the four of them.

He had planned his funeral with the skill and dedication that he fulfilled his duty and service with. We will not see his like again, alas. 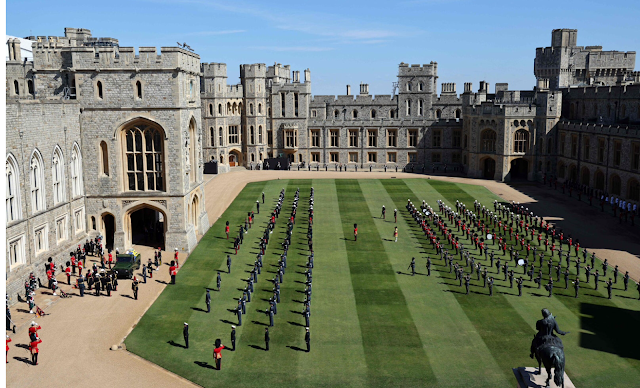 So we have spent the week sorting out the garden among other things, well I say we, when I should say Paul. He has single handedly replaced the old wooden posts with new concrete ones and replaced the fence panels. 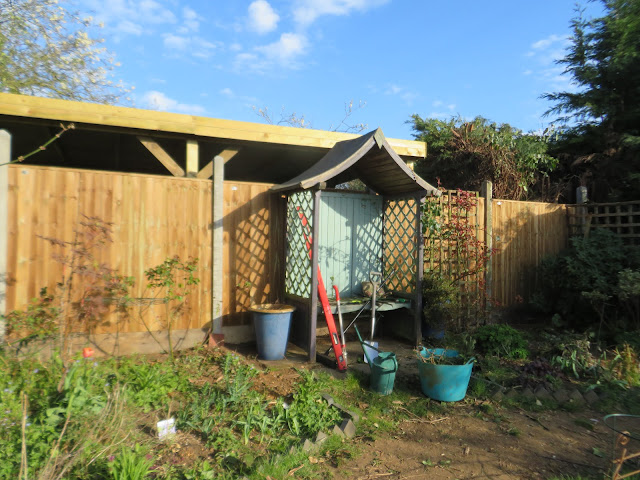 So now the flower garden is nice and secure with decent fencing , just all the weeding and replacing of the path to do over the coming weeks and months.
On the doll front, my sales have gone well and I have sold another couple of dolls. I also sold some clothing not that you'd notice with the amount I still  have.
My doll who went via Japan is now in the country so hopefully she'll arrive sometime this week, which will be nice.
Today I had all the boxes in my studio out, because I wanted to put the cupboard ,that used to be in the hall in there, which meant another change round , then one thing led to another and I landed up moving another lovely pine cupboard, from my old studio to the new one. 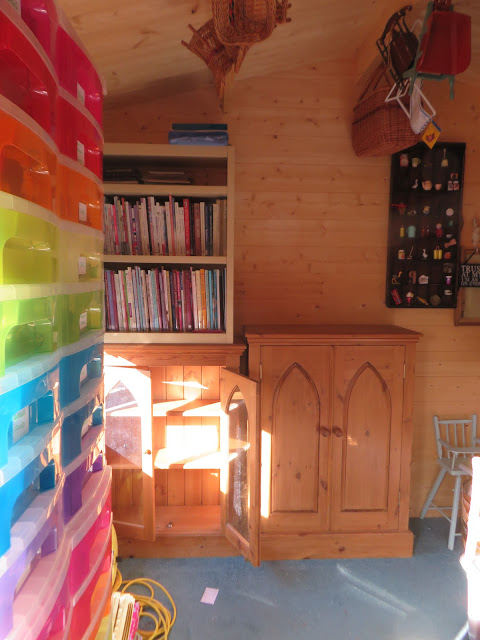 So now the tall plastic drawer units are between the door and the window. So now I have two cupboards I can put things in. I had got Paul to put my old press drawer on the wall but had to get him to move it higher so the cupboard would fit under. 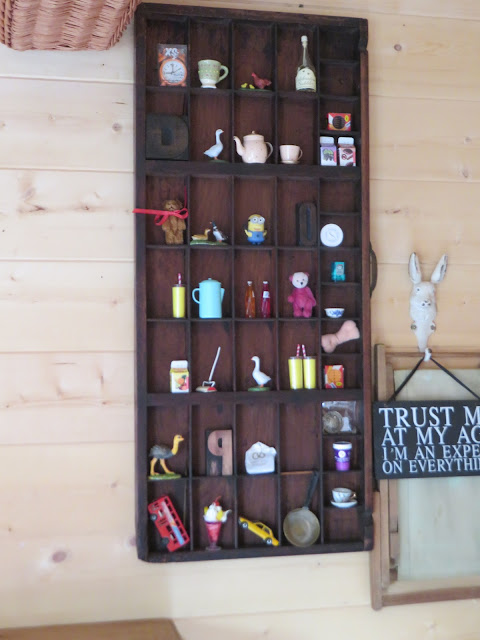 He had also put up my little rabbit head hook up but that was able to stay in place. Now I need to spend next week getting things sorted.
So I wish everyone a very happy healthy doll filled week ahead.
Dee
Posted by Dee at Sunday, April 18, 2021