IT'S THE FIFTH SO DOLL PHOTO DAY

Yes it's the fifth of April and now it's time for doll photos. First up is 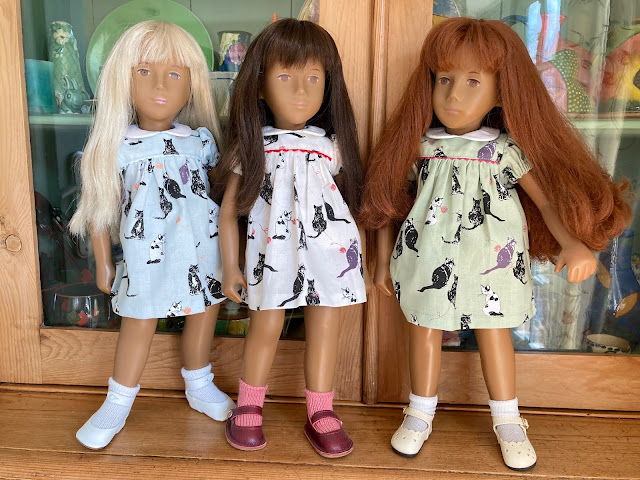 We have three of the pussy cat dolls from Liz in Devon. 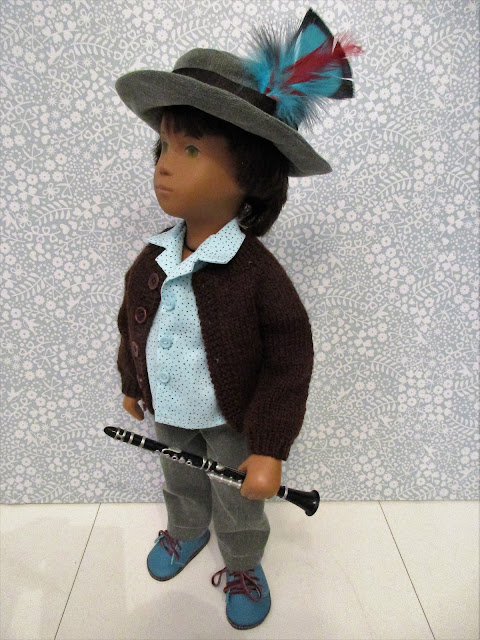 From Gregoropolis we have Gavin ,a fine Clarinet player ,who likes his hats to be has fine as his music and they certainly are if this one is anything to go by. 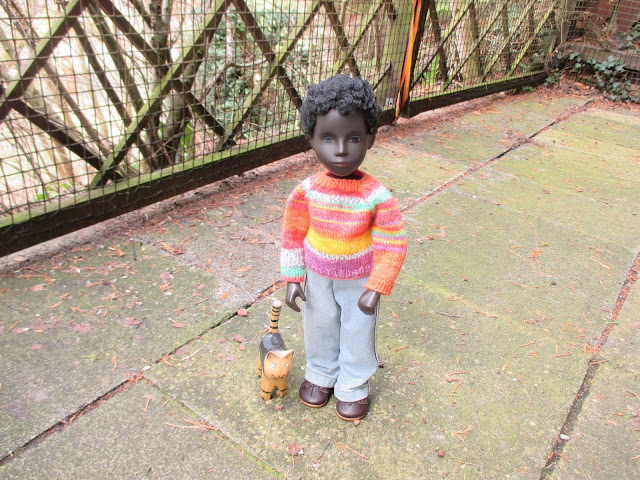 From RoRoPo we have Caleb in his lovely new sweater and following him , his cat. who says only dogs can be taken for a walk! 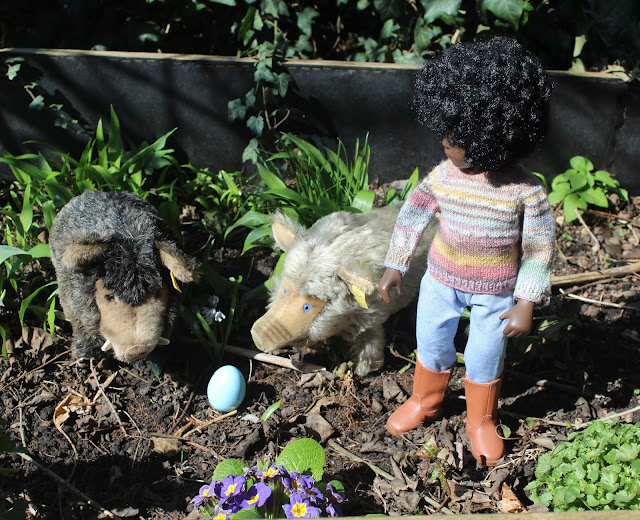 Ursula's girl Diana is pleased that the hogs have found an easter egg! No truffles today just chocolate.. well it could be a truffle chocolate egg? 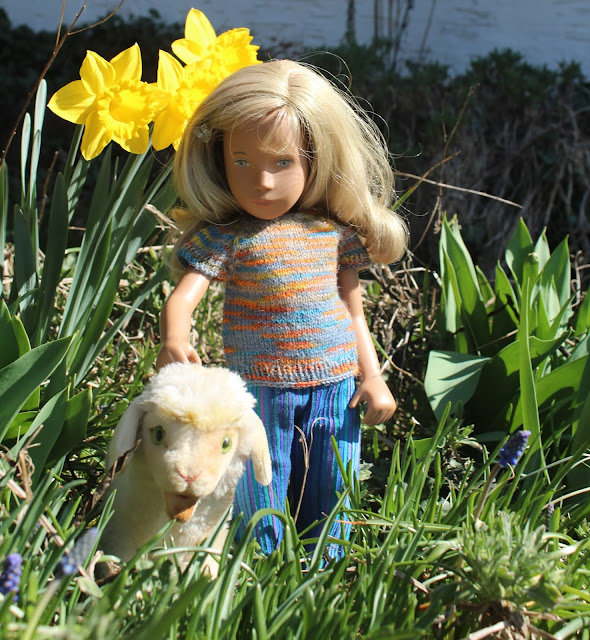 Meanwhile Harley is stroking Lamby the lamb over in the flower garden. 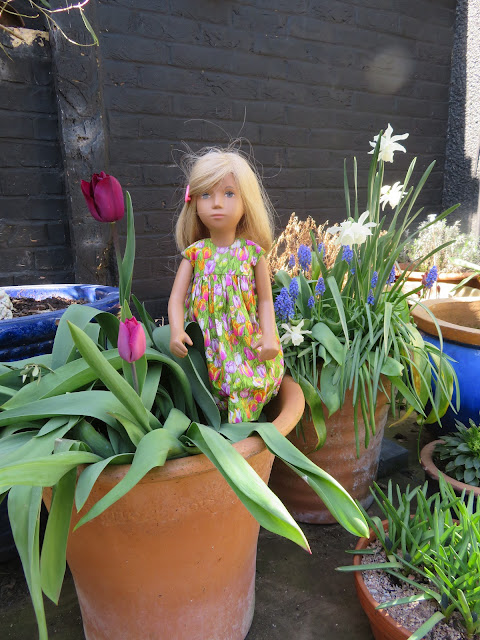 Meanwhile over here in the village, Liberty is pretending to be a tulip ! 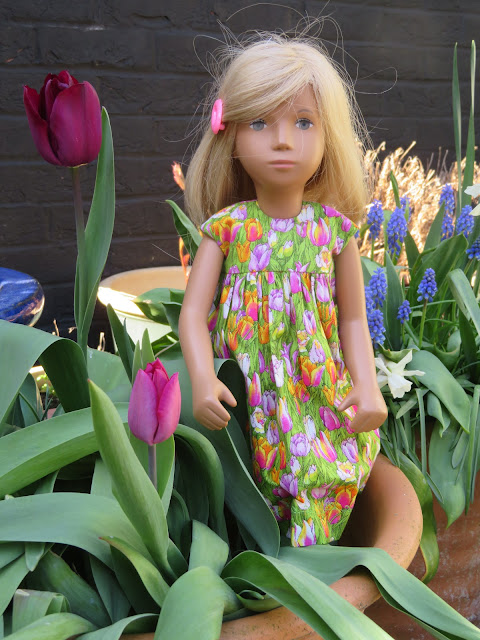 Yes Liberty you make a great bunch of tulips but can you stop standing in that pot before your shoes get covered in earth and you flatten a real tulip ! 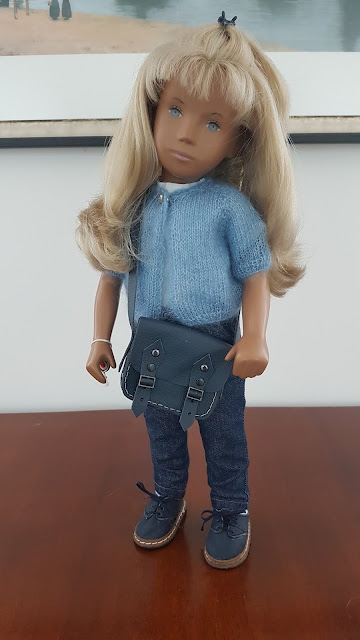 From Karin in Switzerland we have Sasha who wanted to show us all her new bag which she is so proud of. Next she is going out shopping so others can also admire it. 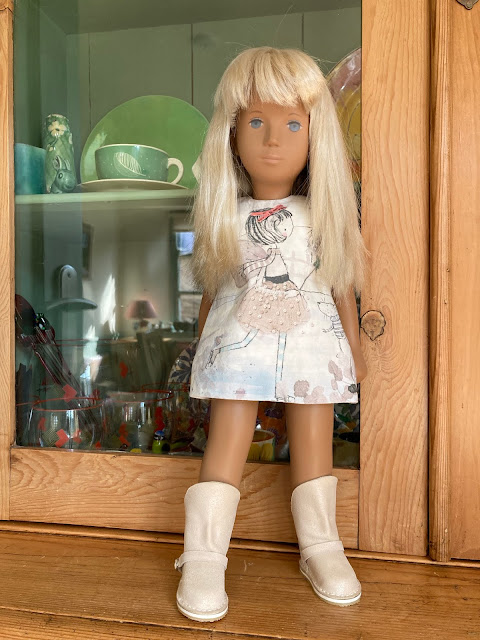 Also from Liz in Devon, a lass who is rocking the sixties vibe. 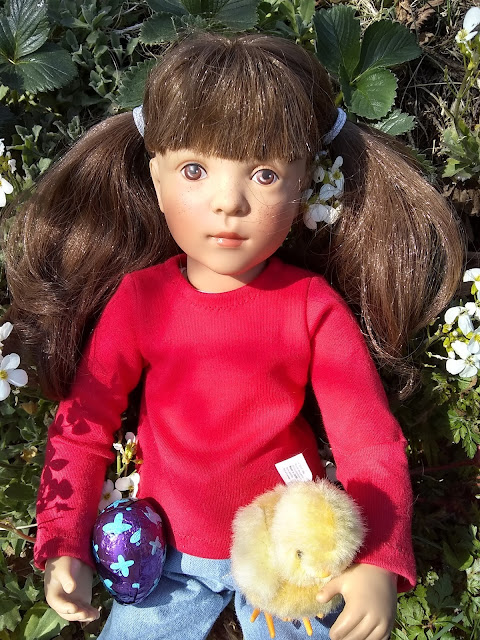 From Jenni in Wales we have Aderyn with her nice big chocolate egg and a chick, celebrating Easter.

Many thanks to everyone taking part by sending in their photos, there is still time to have yours added, so just send them in.