A SAD TIME FOR THE COUNTRY

I did not post here after the sad death of her majesty Queen Elizabeth the second, I found along with many others, that it was very much like losing a close member of the family. I have spent most of that time watching the coverage of the late queen's journey from her estate in Balmoral to Edinburgh, the scenery shown as the camera's high in the helicopter, followed her car made one understand just why she loved her home in Scotland so much, the raw beauty was a sight to behold.

Her laying in state in Edinburgh, then her journey on to London and her journey to Westminster Hall where again she lay in state for people to pay their respects. I thought her flag draped coffin and guards were a perfect tribute to such a wonderful monarch, who served this country along with many others beautifully for seventy years. 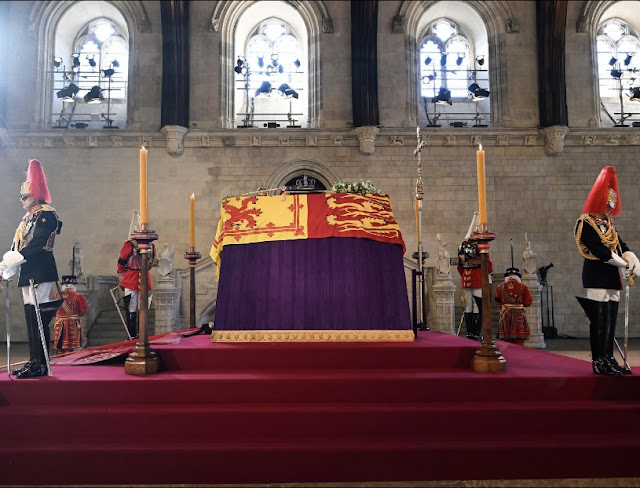 Whether you agree with a monarchy or not, the queen was a remarkable woman who served her country and the Commonweath from the moment she came to the throne. She was also a mother, grandmother and great grandmother who did her best as all mothers do, sometimes we get it right sometimes not.

As a country we do pomp and ceremony extremely well and so it was with her majesty's funeral a beautiful, glorious sight from the military getting ready, to the final church service at Windsor. Nothing quite so tear jerking as watching the piper play and leave the church as the queen's coffin is lowered into the vault, the sound of the pipes slowly receding. 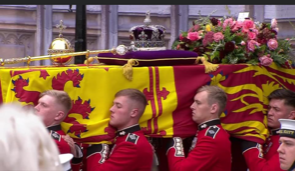 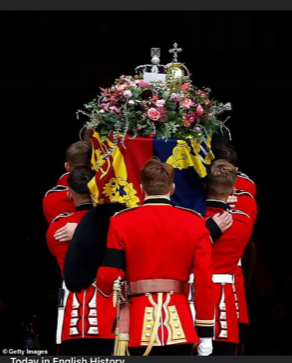 I thought the wreath of flowers on the coffin from King Charles were gorgeous. 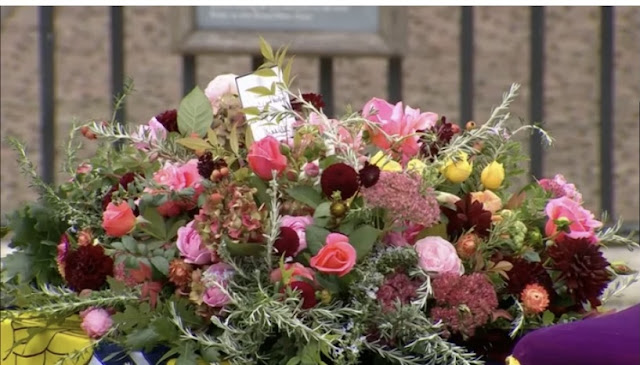 Such care had been taken with them adding rosemary for remembrance and myrtle from a plant grown from her majesty's wedding bouquet. Oak for strength among other things.

It's been lovely to see the crowds of people paying their respects over all the days since it happened up until yesterday, her funeral.

No doubt the media will be sharpening their pens to stir the pot about the royals, costs, relevance, etc it is such a shame that no one allows people time to recover before the boot goes in.

I myself will be looking at the wonderful photos and gathering the information on the beautiful flowers of Charles wreath and quietly moving forward.