It's been a bit of a chaotic week! First off, we suddenly found there were still eight fish! After only seeing two for days, I suddenly counted another six hiding down among the pots. So just one goldfish seems to have vanished/been eaten? who knows.

However, Saturday Paul found one floating on the top, so we are now down to seven but five of them were finally up eating and rushing about, similar to how they were before. We will wait to see how it goes but nice to know only one fish vanished and not seven, so we don't need to go and get some more.

Also, this week Paul's dad took unwell and spent most of Thursday sitting outside the hospital waiting for them to find him a cubicle inside. At one stage there were seventeen ambulances waiting with patients with some coming and going. It didn't look good first thing in the morning, and we were all fearing the worse, then a couple of hours later he was awake and seeing his granddaughter sitting beside him eating a sandwich, said he was hungry and scoffed down the other half!

He also requested Paul leave the packets of biscuits the ambulances people had given us when it was time for us to leave him to sleep! He is now up and about but still in hospital while they try to work out what happened! So, he appears fine while the rest of us get over the stress!

Naturally that meant not much else happened this week.

On the doll front, I sold another doll and some clothing and some props which was nice and made a bit of space. We won't dwell on the fact that three non-Sasha dolls arrived although I will share a photo. 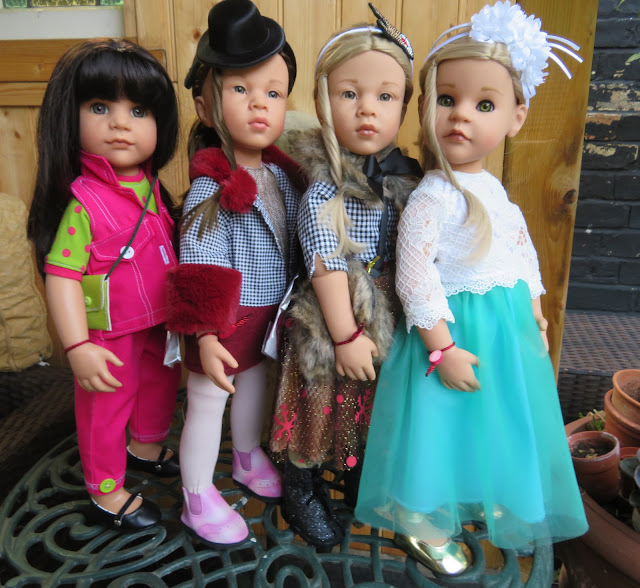 I do actually have a Sasha on her way to me also. I really should not be spending on the dolls with everything else than needs doing but sometimes you need to have a little treat or three!

Tomorrow is the fifth, so if you have any doll photos to share, please send them along, so we can all see them.

Now I'm off to sort out my photo for the fifth.

Have a lovely healthy happy doll filled week ahead