IT'S THE FIFTH SO DOLL PHOTO DAY

Yes, it is already the fifth of June! But what a great start to the month here in the United Kingdom, our Queen's celebration of 70 years on the throne. We are having a great time enjoying it all.

So, let's get this celebration started 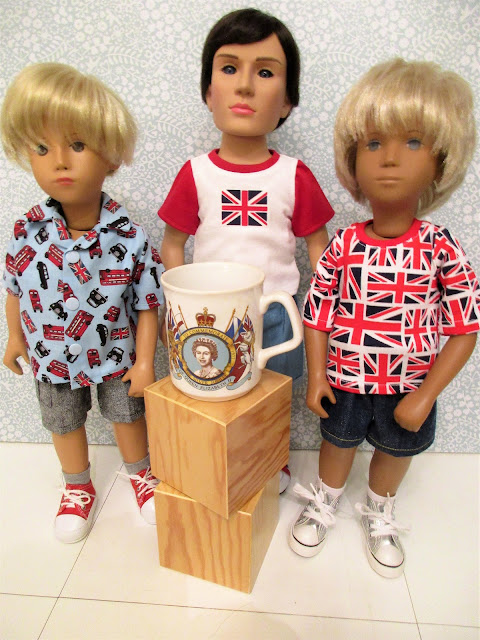 Over in Gregoropolis they are joining in the celebration, supporting the queen in their union jack and London shirts, while admiring Daddy John's silver jubilee celebration mug, he bought back while visiting the queen last time. Kurt, Anthony and Bowie are somewhat sceptical about his tale of meeting her back 1977 and keeping the mug from their tea together! Anthony is sure the queen would have used her best china! which would have involved a cup and saucer not a mug! 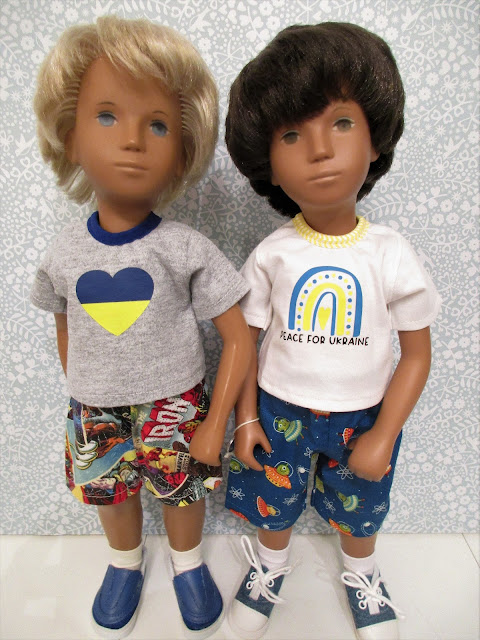 Meanwhile Wyatt and Kaveh want to make sure everyone is remembering Ukraine and sending their love and support. 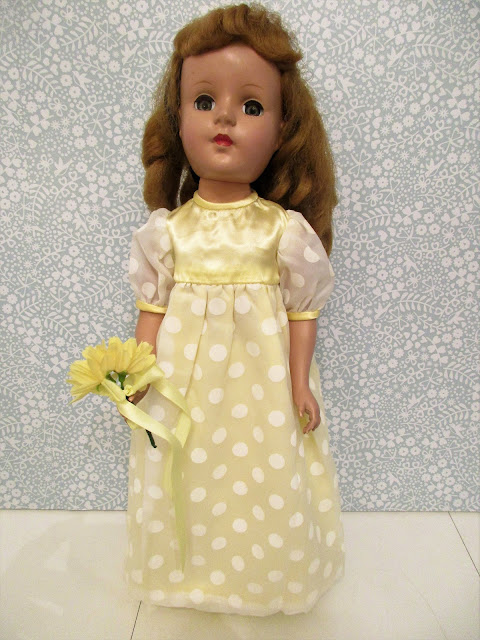 And their much older sister Alice, is wearing her best bridesmaid outfit now it's June the month for weddings! I'm sure if she had a suitable hat, she could have popped along to attend the thanksgiving church service for the queen, giving all those royals a run for their money in the fashion stakes. 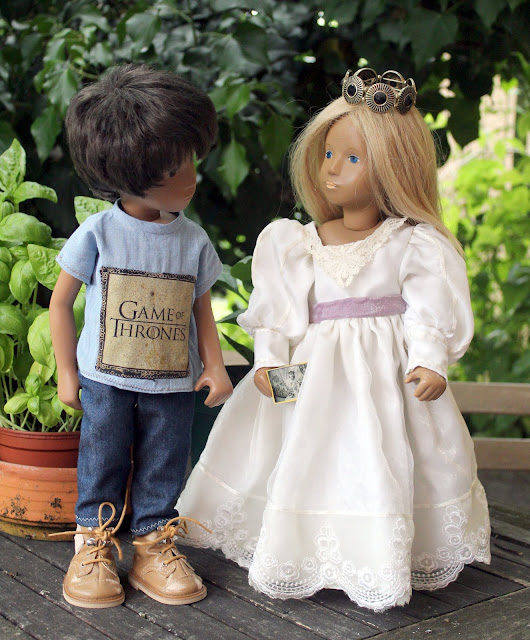 Over in Germany, Ursula's girl Lina has acquired a dress from an older doll and armed herself with a photo of her majesty Queen Elizabeth and donned a crown to join in the celebrations of the United Kingdom.

Since Germany has no Queen, she tells Marty she is putting her name forward! Marty points out that Queendom can be dangerous! and his T shirt proves he is an expert on such matters! 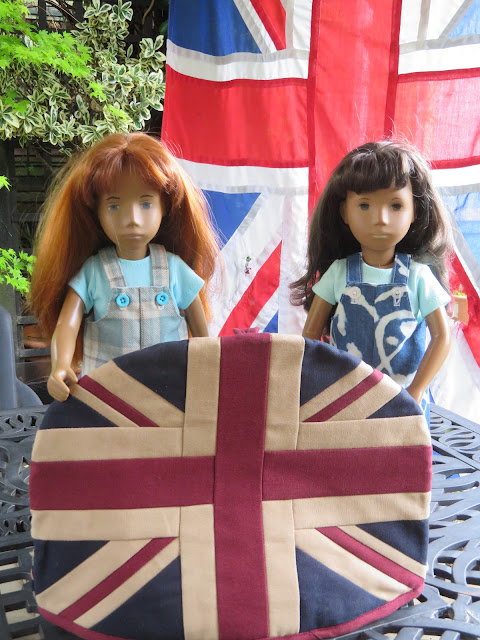 Here in the village, we are still filled with jubilee fever and Martha with Claudia are insisting that you needed to see the new union jack tea cosy! They are saying that they want to fill the house with union jacks for the queen! I'm not sure just how many they are talking about but I may need to nip them in the bud if it gets too many! 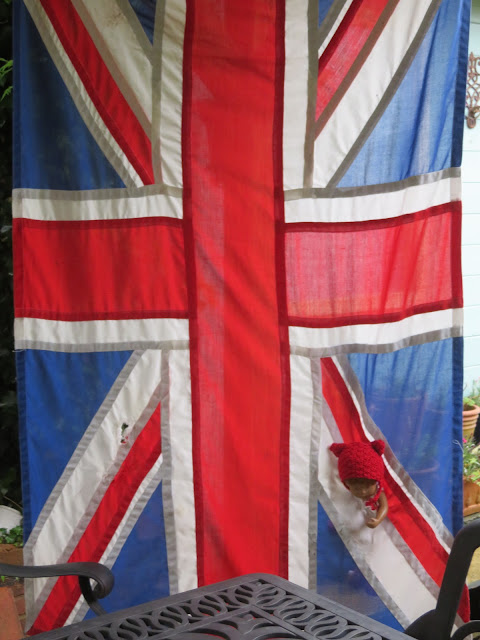 Meanwhile some young tot is getting himself into mischief yet again ! 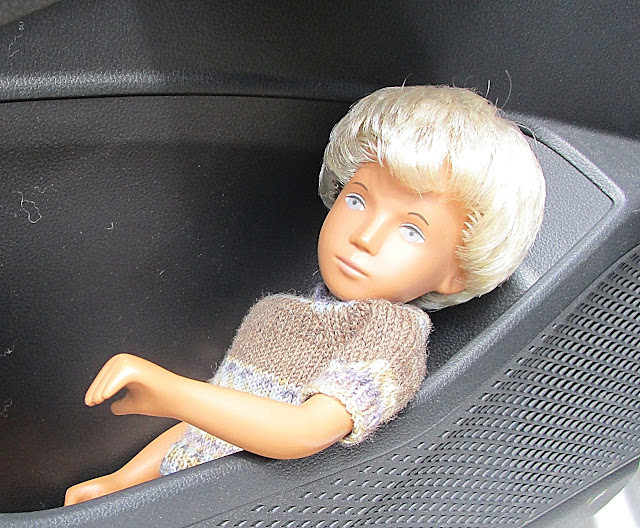 RoRoPo's Rick, is already relaxing as he is off on holiday with mum. I think he could fall asleep at least then he won't start saying every five minutes " are we there yet? "

Thank you for everyone who kindly sent in photos, still time for more to be added.