What a beautiful day we are having here in north Herts! The sun's shinning and there is a cool breeze to make it more enjoyable. 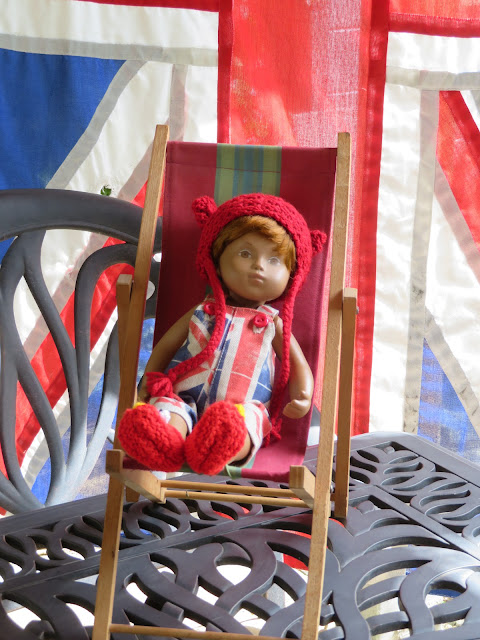 Even Lucas is sitting outside and enjoying the breeze. He says he's waiting for the queen to pop by with her friend Paddinton and they will have some marmalade sandwiches and cake! But no ice cream! (He's gone off ice cream since the jubilee party, I wonder why?)

My week has been full of gardening, now we have plans for redesigning what was the box formal garden. Paul and I have spent several hours each day removing the box and cutting it up for recycling, some we did burn over a couple of evenings and today Paul was digging up the roots. 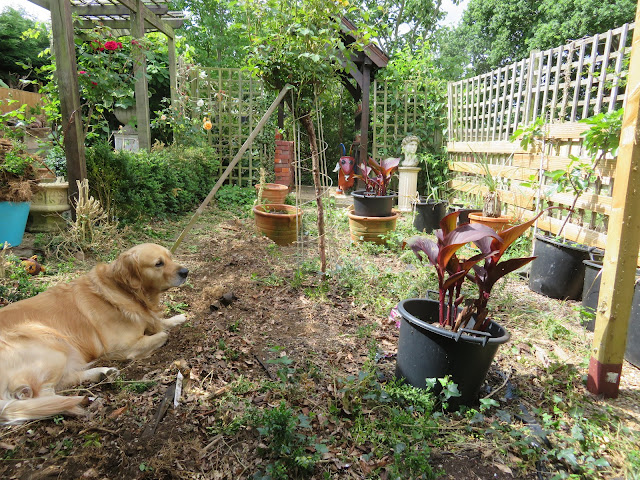 It looks a mess at present but hopefully it won't be too long before it's looking better.

David has always been up in the right hand corner by the lychgate, over the years I have considered putting our Venus statue on the opposite side. So now with this new design I decided to move it there. 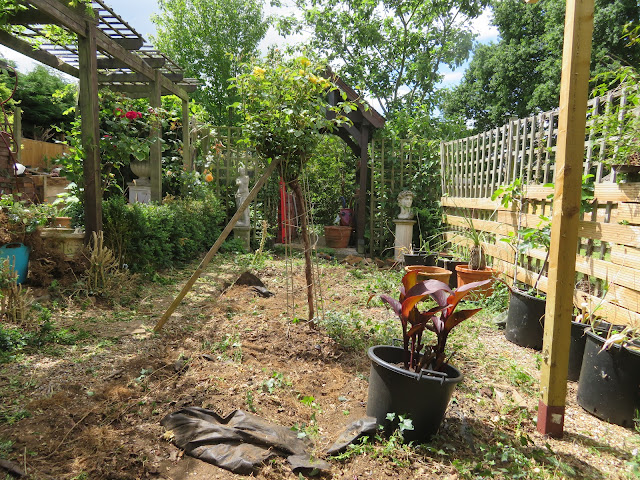 you can just about see her in this photo. Now before you think I'm taking wonky photos, the garden runs downhill to the right, which is why David looks so much lower although the drop is not that bad! 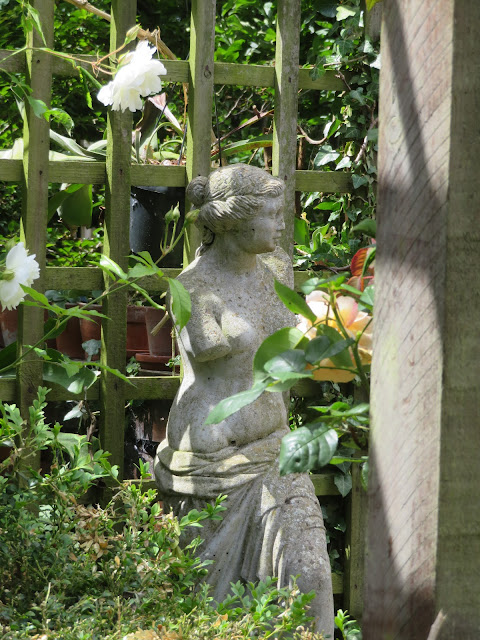 A view of her from the cloisters, well, there is me thinking how good they now look either side of the lychgate, until Lindsey goes down to have a look. She returns to say that they should be up the other end of the space by the bench as they are both looking over into next doors garden and that make you look to where they are looking!

Now David's been staring over the fence for years and he as never made me look that way! But then Paul agrees that maybe they should go the other end as then the two large plant pots we may put in could go either side of the lychgate! So long story short, we change them to the other side where the bench is. 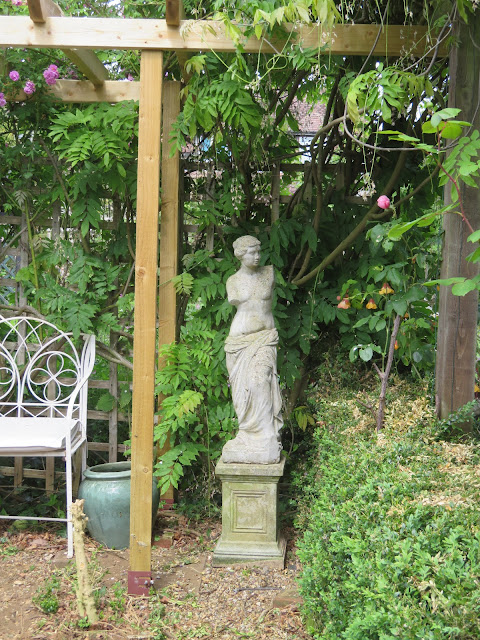 Venus looks good whatever side she's standing, David is more hidden and you see him more if you sit on the bench or move through the space.

Alas my standard rose will have to be moved! I just hope it survives the journey.

On the doll front, I have not had any dolls on ebay, so have not sold anything but I have bought a couple of pieces of clothing for them.

So, I will wish you all a happy healthy week ahead.