There was a debate on the facebook group about copying other peoples work. Copying can be a big thing that can cause the person whose been copied much grief and annoyance. Some people do on see what they are doing as copying but them some see that have a right for others not to use the same materials have them.

Basically there are only so many patterns both knitting and sewn out there that are original however if someone as taken time to adapt a pattern , correcting the size and making it fit only for someone else to make a direct copy and start churning them out at a cheaper price or not, it will cause friction and ill feeling.

However , noone has exclusive rights to use a certain fabric or wool on a basic pattern and call it there own ! Who knows ,especially if you are new ,to the making for that group that some else as not already used that style to knit or sew already. However if someone as taken that basic pattern and cut or styled it in a new and clever way and then you copy it exactly then that is a direct copy!

Lots of people have ideas that maybe they never put into the public eye and may then see someone else whose had that same idea and actually run with it. 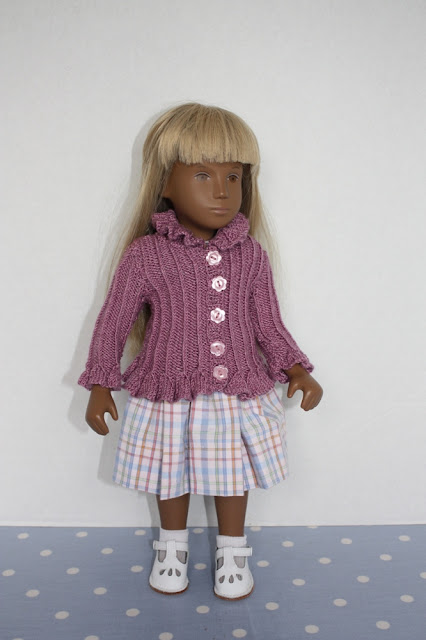 Many years ago I bought this gorgeous cardigan as part of a two piece outfit with some fake suede trousers in pink, the trousers are long gone it was this cardigan I wanted. 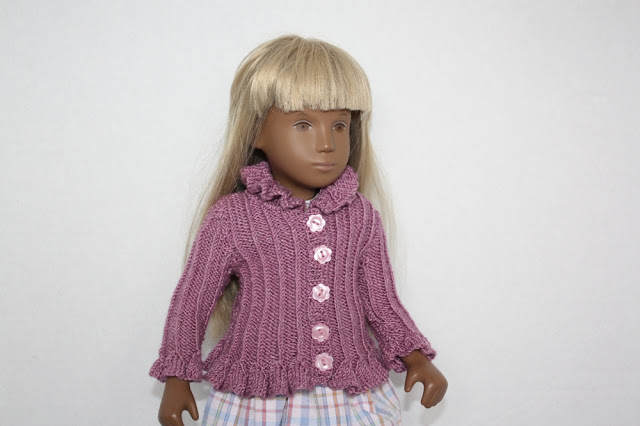 I bought it from a lady who had her own website selling clothes for Sasha and Gregor, her could be Sheila Vincent but I am not sure, so I apologise if it's not made by her and by someone else. 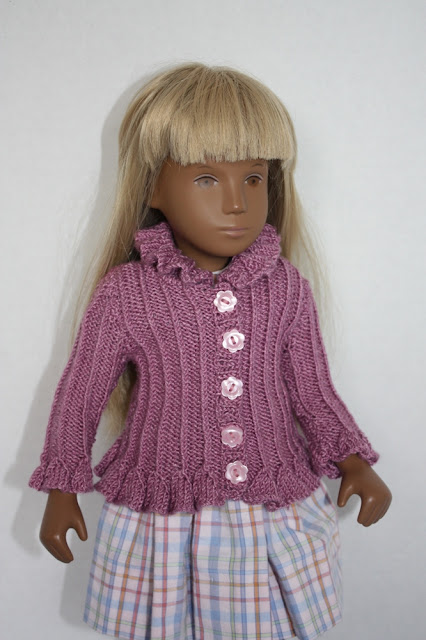 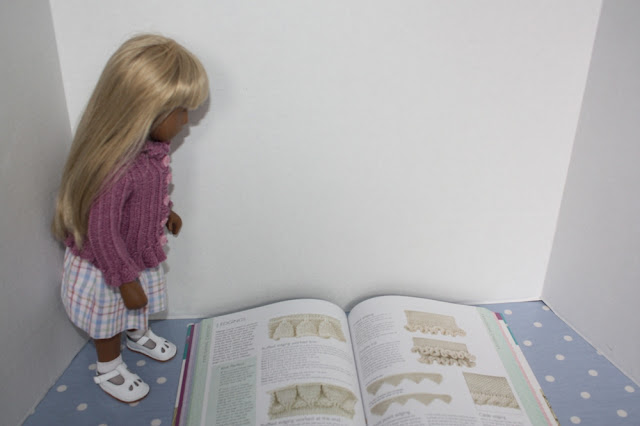 and found that pattern details in one of my knitting books. 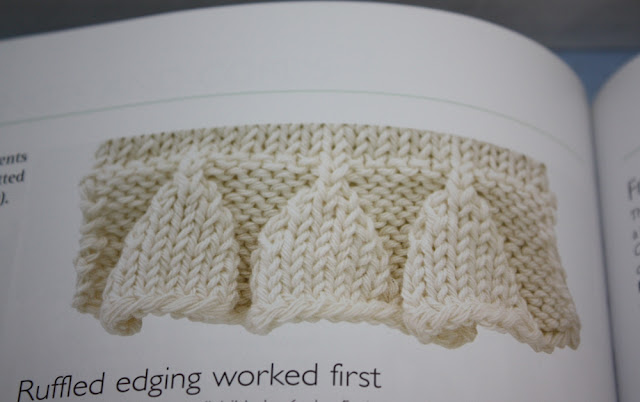 anyway, so I knitted a sweater dress with a ruffled bottom in 4ply yarn however once I had finished I did not like how it sat! 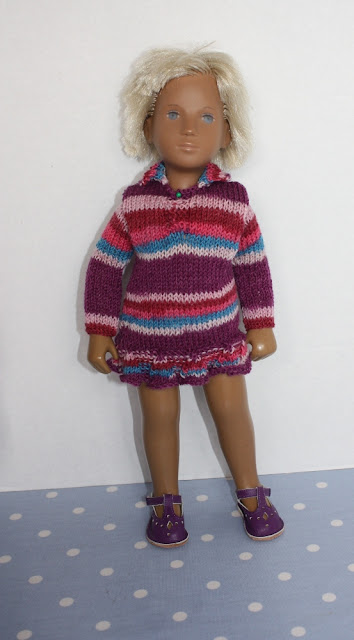 and here it is because I was not happy with it I just put it aside and left it. 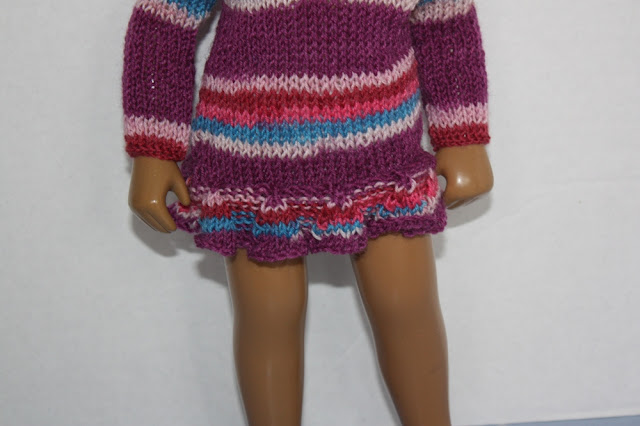 What I should have then done is knit it again in 6ply and a plain yarn and adjust the cross over between the ruffle and the stitches above but I did not , I left it and this is the only one I ever made. When like me you work all day and knit quite slowly if it does not work the first time you tend to move on, which is what I did.
About six months later Jackknits came out with her pattern for a pleated/ruffles skirt on a knitted dress/tunic for the 18 inch doll and those dresses started being sold for Sasha's. 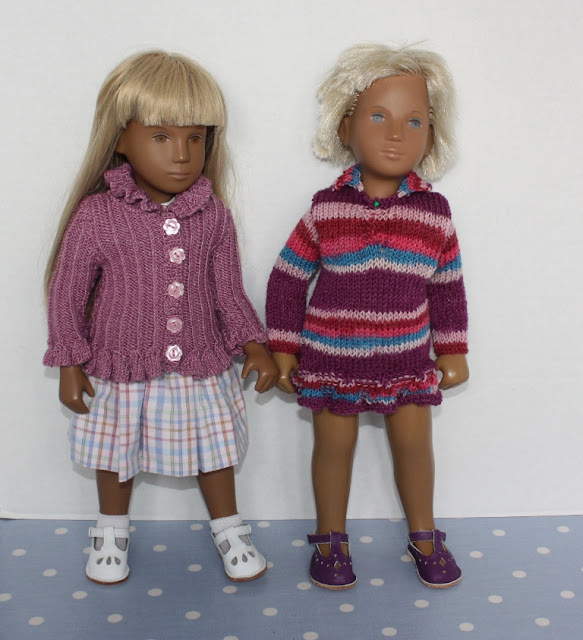 So you can see that I was inspired by the cardigan to start to adapt it for a sweater dress and this is what should happen when you see a design you like by someone else.
I am and always have been an idea's person unfortunately I mostly do not have the skill or if I do the time to put those ideas into production but for those that do, I do understand where you are coming from if others copy or appear to copy.