Well the new patio is but not the internet! Our new provider was going to set us up for the 17th but no, BT won't hand the line over until the 23rd!!
So even though they are not fixing our internet they'll not let us get it elsewhere until it's been a full MONTH!!!!  BAD service!

Anyway we have bought a dongle so have some access but I need to be careful not to use too much at once as it's now got to last until the 23rd!

So a quick report on the patio! 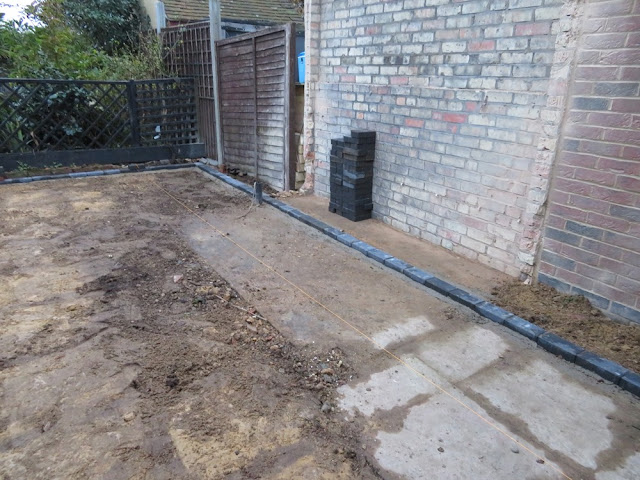 We are having a grey brick edge around the paving, the wall at the side runs out, so we've had the line set back to allow us to dig out for footings once we get the wall rebuilt but need to see when or if our neighbour is going to remove his outhouse. So this was on Tuesday. 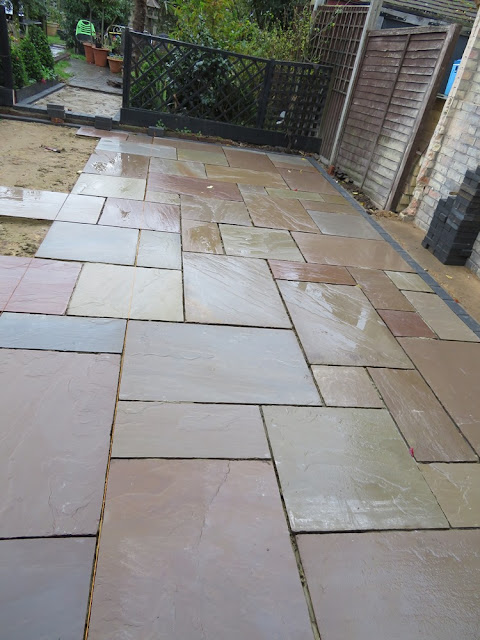 and this was this morning , Friday. It was raining so you can see the various colours 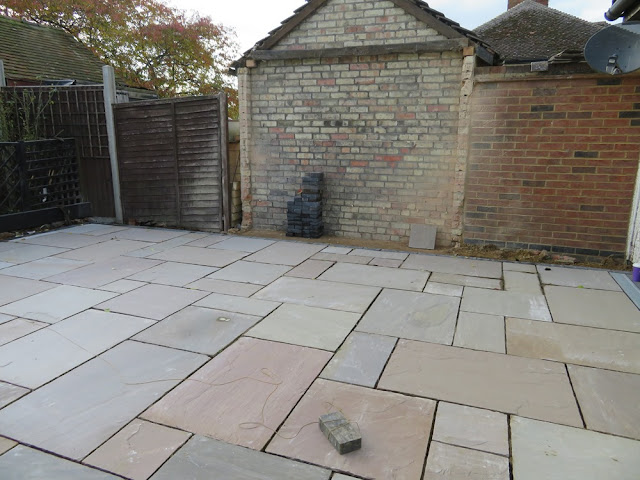 Today he was on his own but he got a good few more stones laid and is even coming back tomorrow, Saturday to get more down. 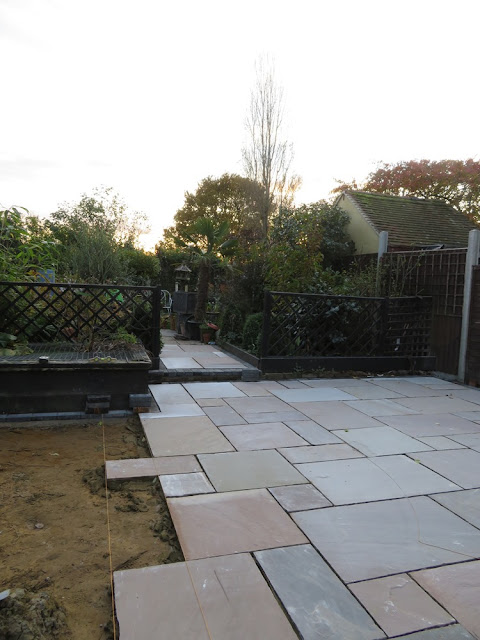 he's even done the step up into the garden area. 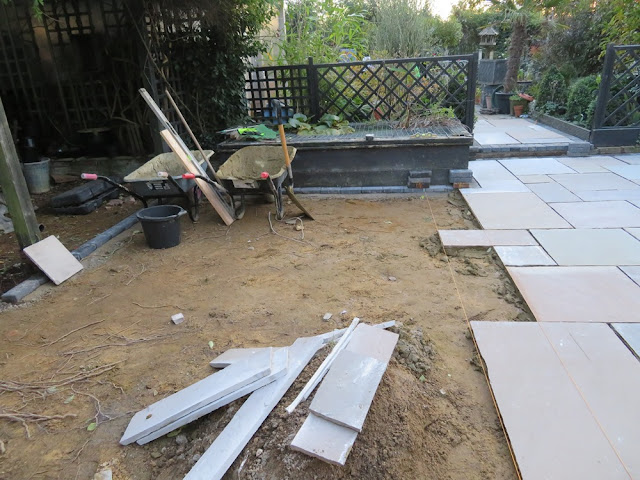 Saturday he wants to get this area laid up to the brick edge. 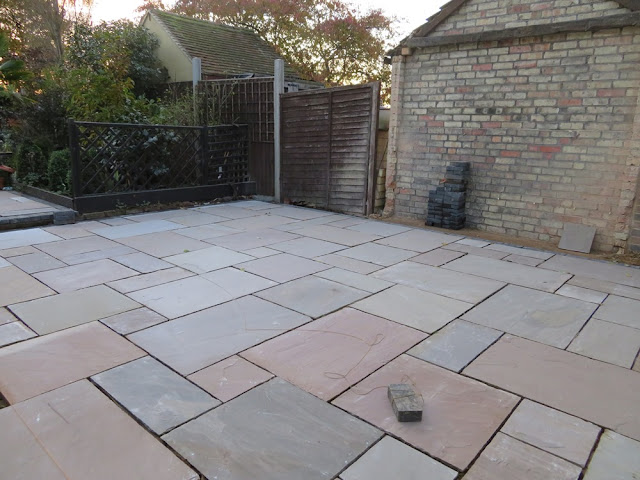 I have to say it's looking so much better already!

I'm looking forward to seeing the finished result , it's so nice to finally be having this done.