Yes it's Sunday.. and it's been a busy week but one full of flowers! 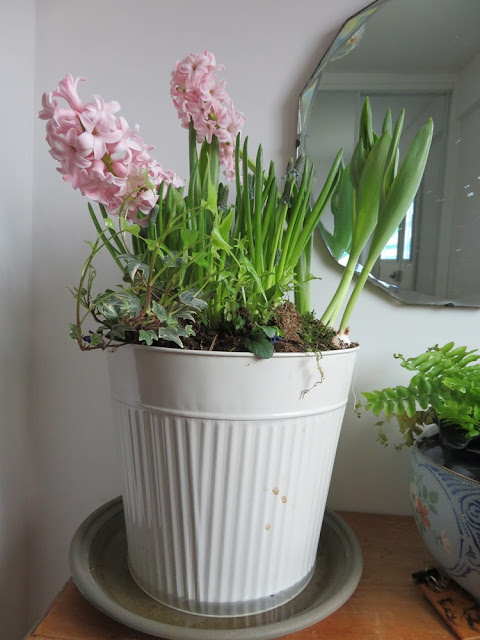 Just before the snow's arrived the other week my youngest daughter sent me this lovely bucket of spring bulbs. It is meant to go outside but due to the snow we found it a place by the front door because it's nice and cool. 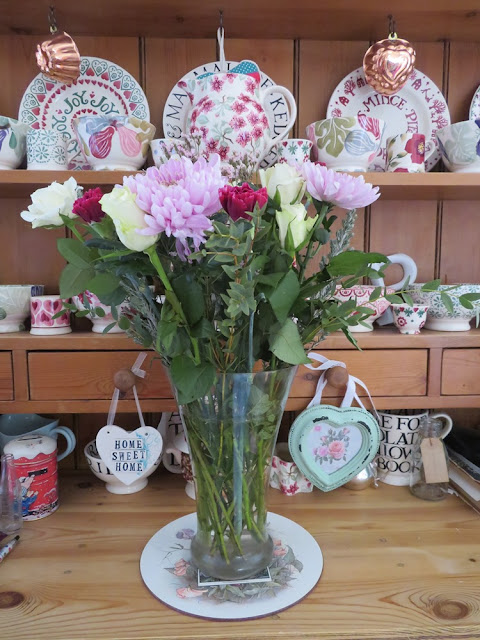 Since then and up to and including today I have received three beautiful bouquets of flowers from my girls. 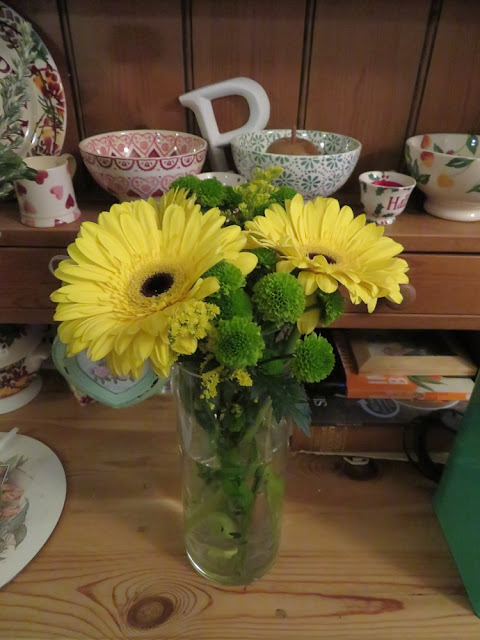 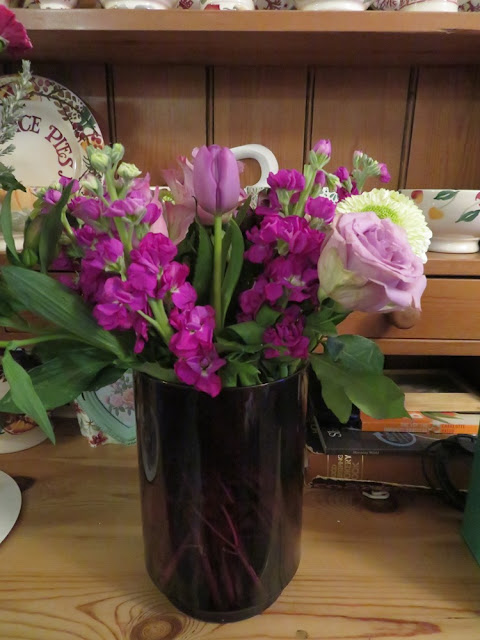 So feeling very spoilt ! I also received a little something extra from them all , that until this year would not have been possible. 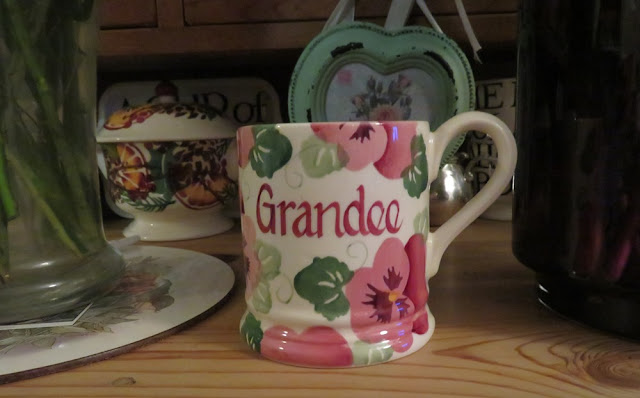 So one very happy and spoilt Mum and Grandee.

I've had a busy week and have not really managed to get a lot done! But today Paul ,with help from SIL Roy, got four of the new concrete posts in and three panels up, unfortunately I forgot to take any after photos until the sky was too dark! But needless to say we now have a pile of old wood and posts to get rid of plus a load of wood cutting from our neighbours garden where we, with his permission cut back his lilac bushes that were pushing or over leaning over the old fence. 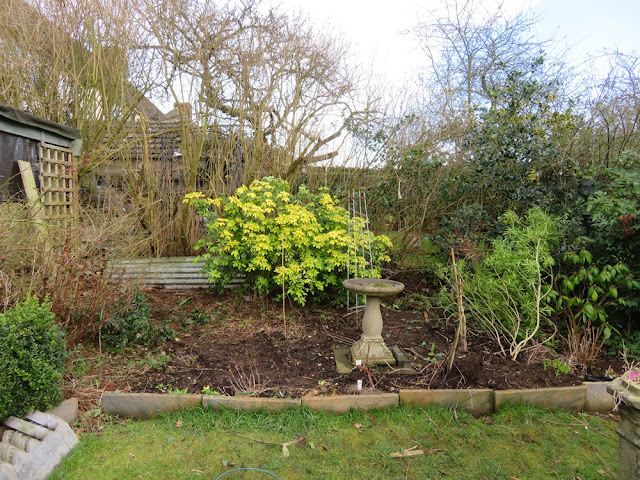 But here's the photo of when Paul removed the old fencing on Saturday while I was out at work.

On the doll front I did received a small box of delights I ordered a while back. 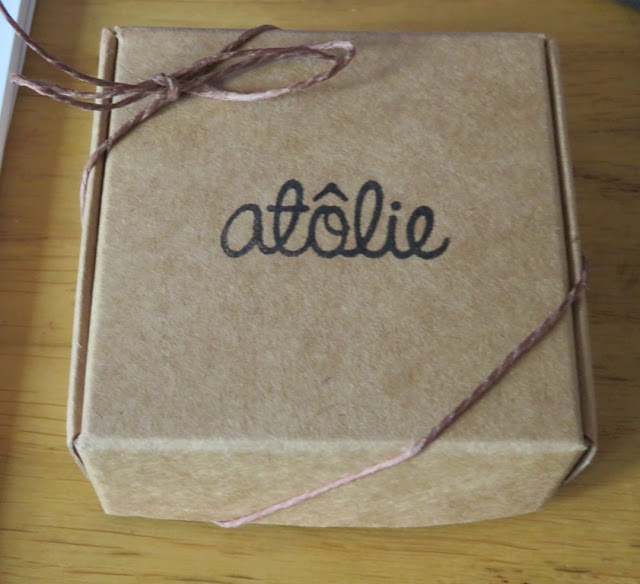 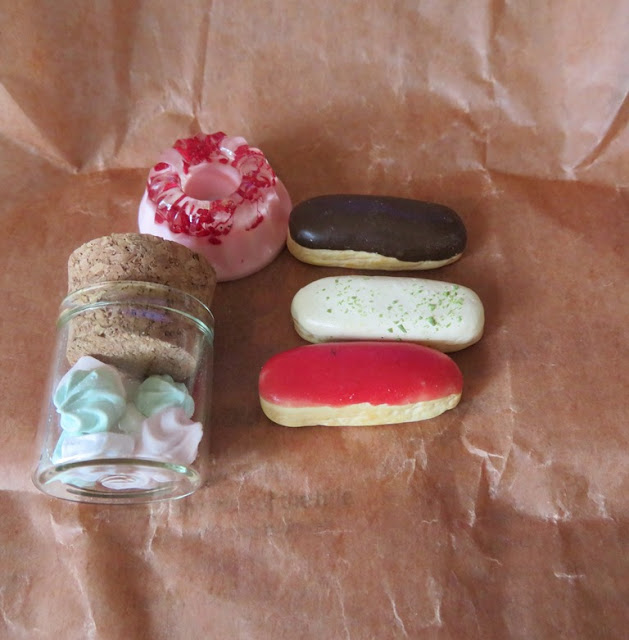 In side were three iced buns , a jelly dessert and a small jar of meringues. Perfect doll sized food.


But there are other things  happening at present here in the village but I'll save the telling of them until next Sunday, It will soon come round!

So I wish everyone a great week ahead , let's speak again soon.