Yesterday, Tuesday, I had some friends round for a doll meet up. I had planned to do an official opening of the Sasha Studio but the day was just too hot !

So after a tour of the garden , I took them into the studio and we stayed there for a while exchanging ideas and taking out a couple of my bjd dolls that had been waiting for a place to live.
Teddy and Jane were both itching to help find places for things and tidy , I should have sat down and let them loose!

It would have saved my several days of work but instead I was a good hostess and we retired back indoors to talk and show dolls.

But I will be using Jane's tip of hanging my dolls chairs from the ceiling/roof of the studio to free up more space on the shelves and in cupboards. 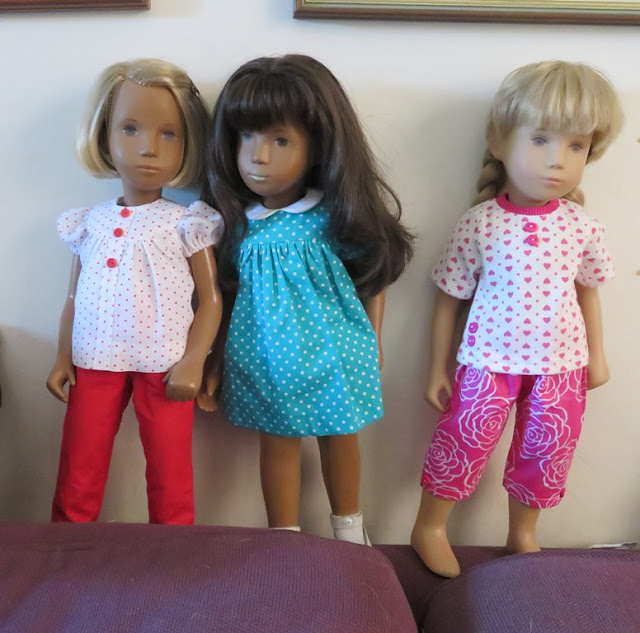 There were quite a few Sashas present but for some reason I only appear to have taken a photo of these girls.

Teddy had bought along his new green eyed twins and I was sure I took their photo but it appears not!

We did have a slight issue , in so far as Casper ,our retriever puppy , was very interested in seeing the dolls plus all the space for dolls was outside where it was way too hot! The bjd dolls had been quick to gather in the available spaces, so the Sashas mainly stayed in their bags. 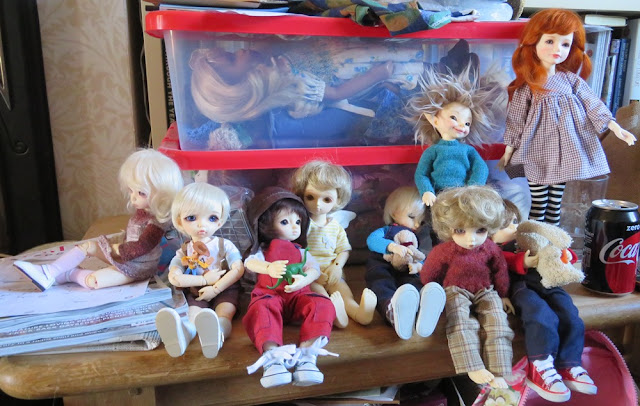 I'd asked Teddy to bring along his little fees that he'd taken to the SCW and Alice also brought some of hers, so there was a lovely group to look at and admire. The taller red head on the right is an Iplehouse girl, from the kid range. 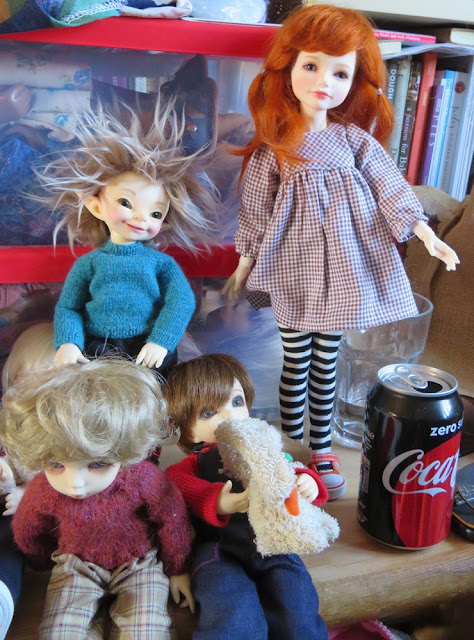 She is called Daisy and I love how Alice had dressed her, her top/dress is a Sasha baby sandy dress it fits perfectly. Beside Daisy at the back is Pip , Teddy's little fee elf, I so need one of these to come along and annoy Elfine my elf princess. 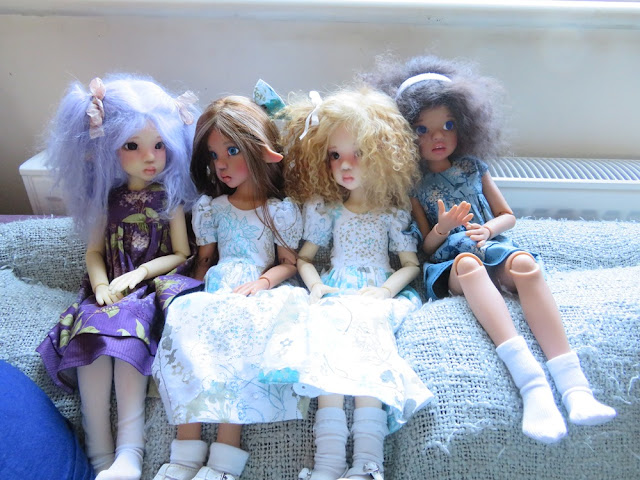 Speaking of which, Elfine was chatting along to her good friend Tansy, while Tansy's friend Primrose tried not to be jealous that Tansy's attention was elsewhere and Faith at the end listened in to them all, being only a human and not an Elf Princess or Faun like the others, she knew it was best to keep quiet ! 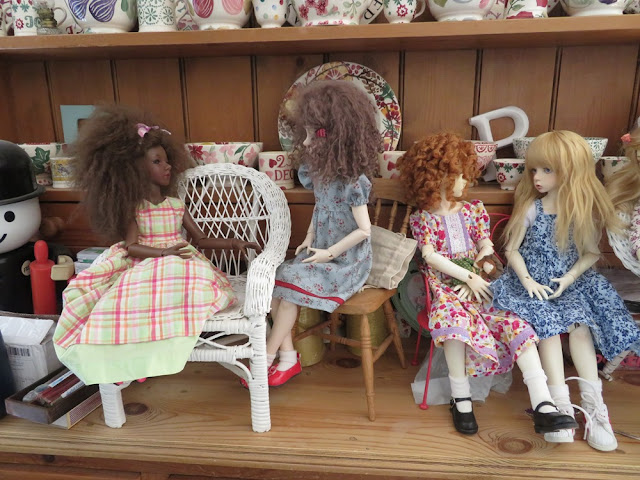 Meanwhile January  was over chatting to Phoebe with the Dollstown group of girls. 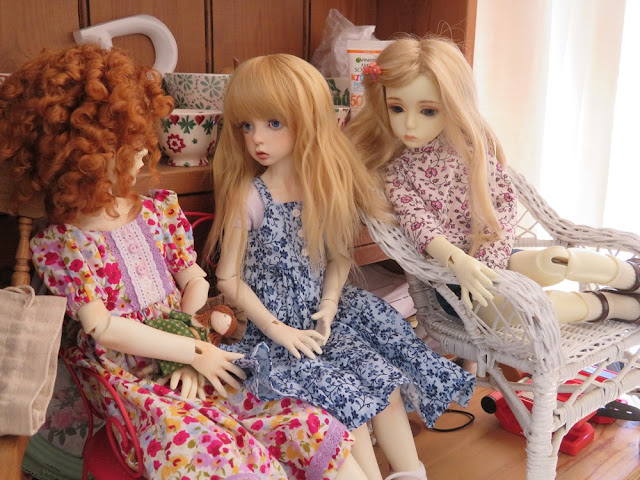 Dorrie was in deep conversation with Jane's new girl Jillian , while Alice's girl listened carefully joining in when  necessary.

There was so much chatting by dolls and their owners that the time shot by and it was time for everyone to make there way home and it was still hot!

It was the most lovely day of friendship and dolls and I thank them all for coming to make it so.