MAKING OF AN IRIS BED

Well I know I should have spent the day walking back and forth with things that need getting rid of from the garden plus doing some tidying but instead I decided to make an iris bed!

We'd planned on making it last year but never got round to it then the weather was awful so everything as been delayed and in truth maybe today with everything else was not the best time but well I needed a rest from 'cleaning' and needed to do something I could see a result from. 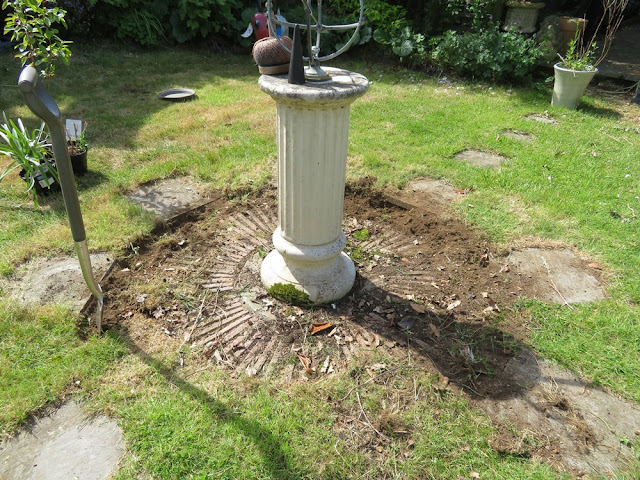 We decided that we'd make it by digging out the ground between the circle and the paving stones in the flower garden, see above but it appeared that the grass had grown over the circle so the area was not very wide once I started to remove the grass. 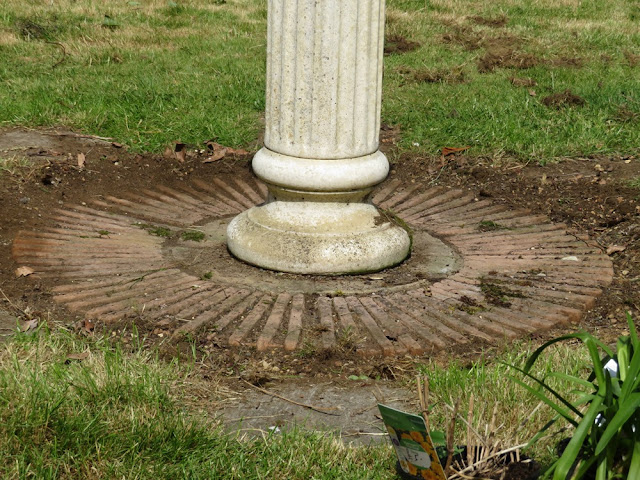 Not wide enough, so Paul had said about moving the paving stones that ran round the circle when we'd first discussed it last year, so that's what I did next.

Now I do love adapting a design as you do it , it's never a good idea to have a rigid plan and stick to it come what may.

So I formed the design as I worked. 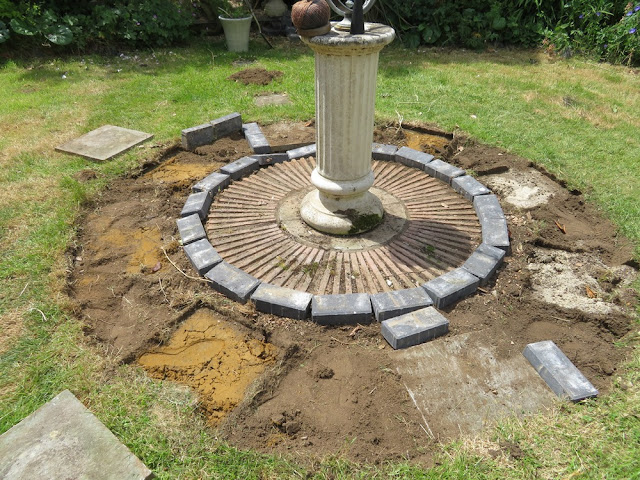 I decided to leave two of the paving stones in place and increase the centre size by adding some grey bricks round the circle, which will mean we can easily get to the sundial and also walk round it if we wish to.

So several hours later after a stop for a cuppa and lunch it's finished and ready to have the irises planted. 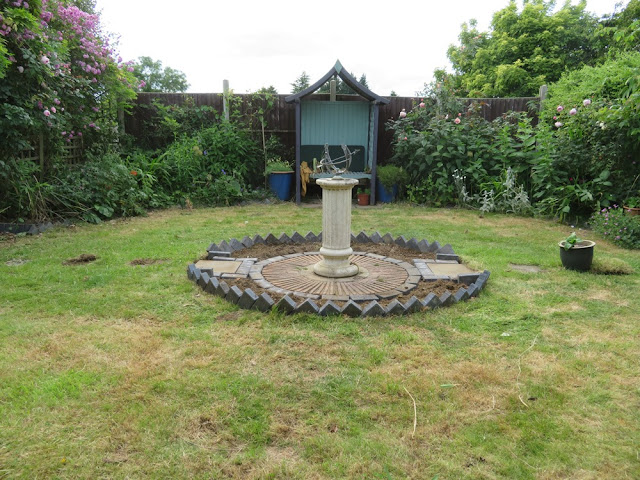 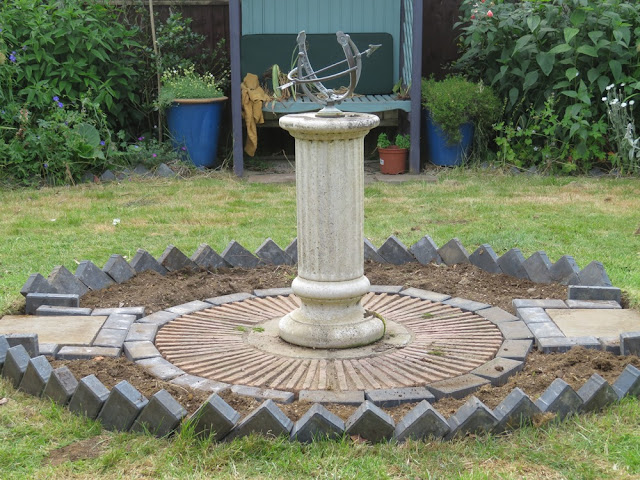 I'm going to , after the open day carry the grey bricks along the rest of the paving stones making a clearer path rather than the stones that get hidden by the grass. 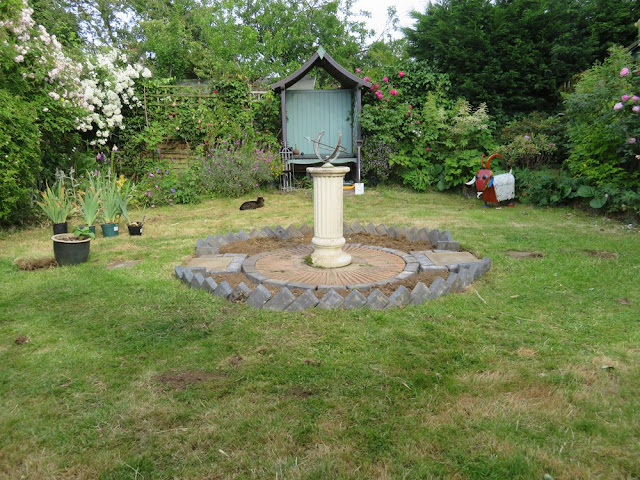 from the other side of flower garden. 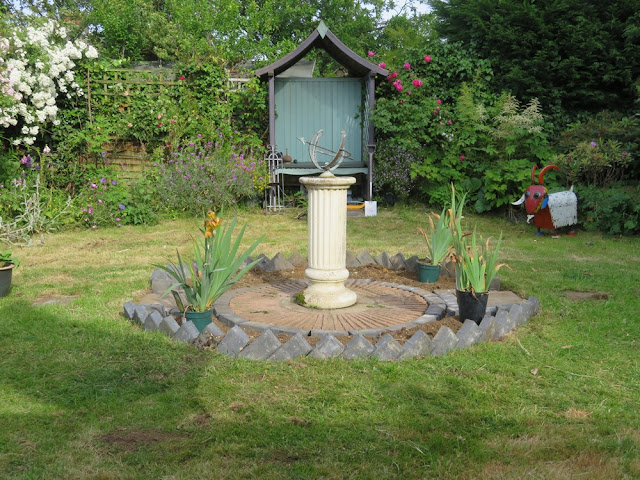 Some pots of bearded irises that have been waiting ages to be put in. 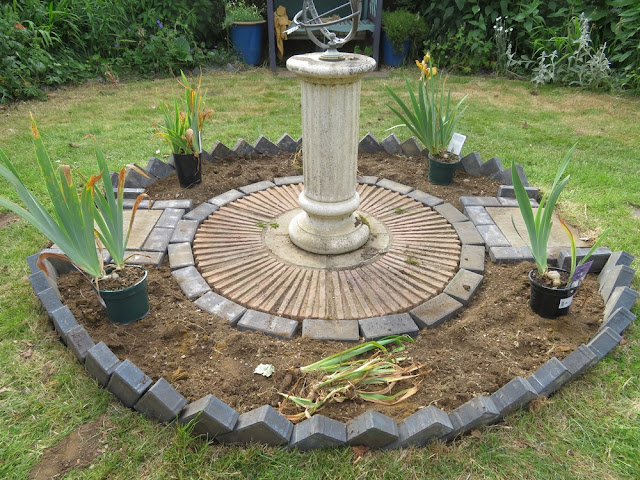 It looks sparse at the moment but there are so many irises scattered about the garden being shaded that are crying out to bask in the sun.
So Paul's going to plant the irises for me tomorrow morning as I'm working, then we'll cover the earth with gravel and it's done. 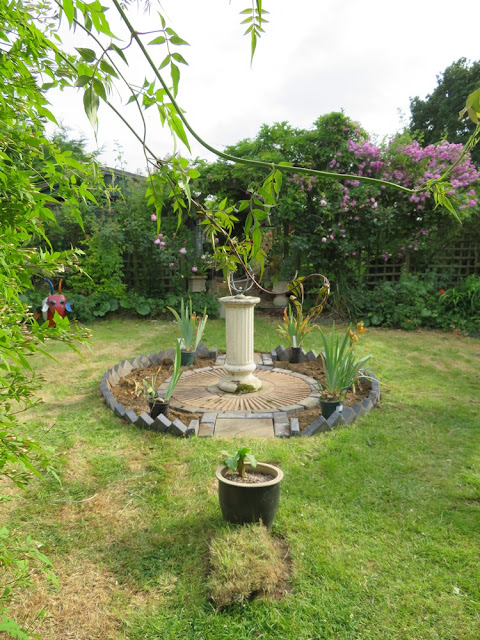 View from the gate into flower garden. I have to say I'm very pleased with how it's turned out, so tomorrow , after work, it's back to cleaning and tidying the garden !