Well after a small blip, my new to me Sasha's arrived! She was posted from Germany last Wednesday and her tracking said on Friday that she'd be delivered on Satureday! Wonderful I thought , just in time for weekend.... then on Satureday afternoon it said delivered!!!!!!!!!!!!!!!!!!!!!!! Oh no she wasn't!
Then of course I started to worry she'd been delivered to the wrong house or address! I checked all the carport just in case they'd put her there but nothing! I sent off a query as to where my parcel was as it wasn't with me! Of course it was the weekend , so no reply !
So I did spend the weekend slightly concerned she was now in the wrong place and waiting to be collected!

But thankfully she arrived this morning ! So I have named her after her seller, whose name is Evelyn, one of my schoenhut's is also Evelyn, so this Evelyn will be called Evie. 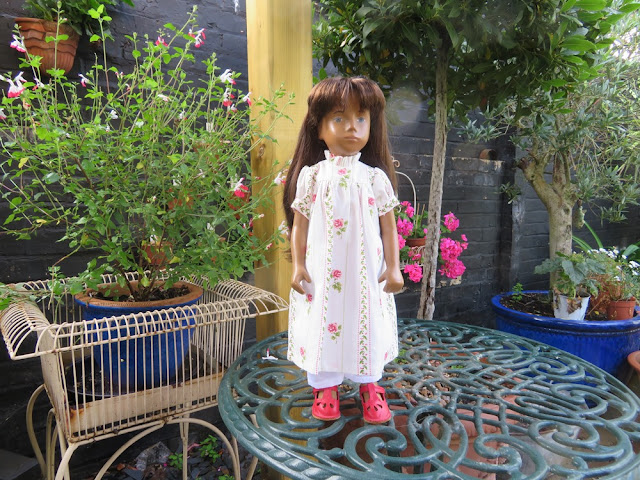 Oh another No Navel girl I hear you say.... 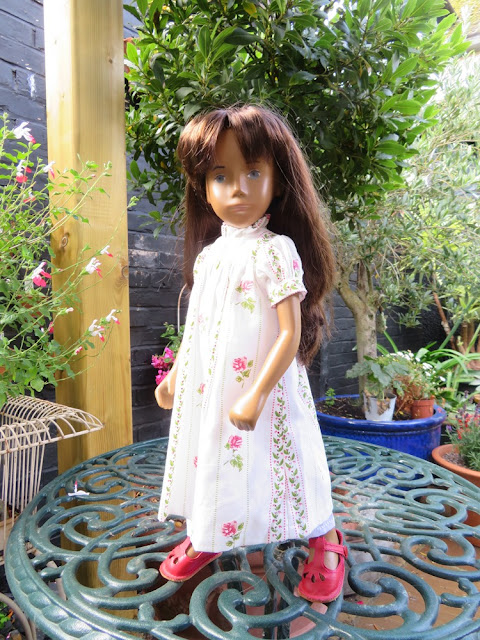 But not for me just any old no navel... 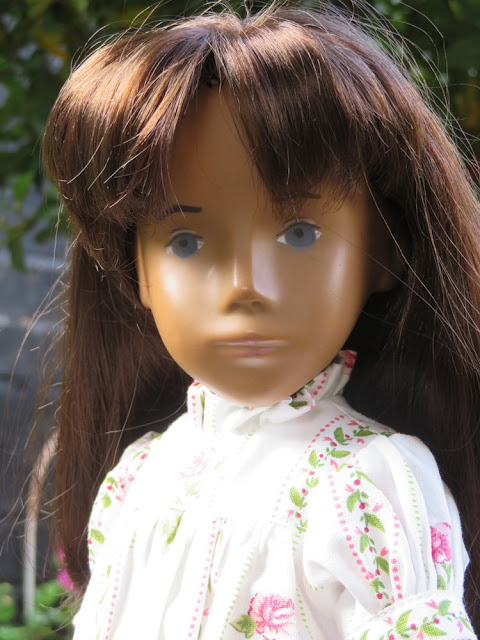 But a full blue eyed brunette ! They do not appear very often , if at all! and Evie also has the most beautiful hair , in great condition. 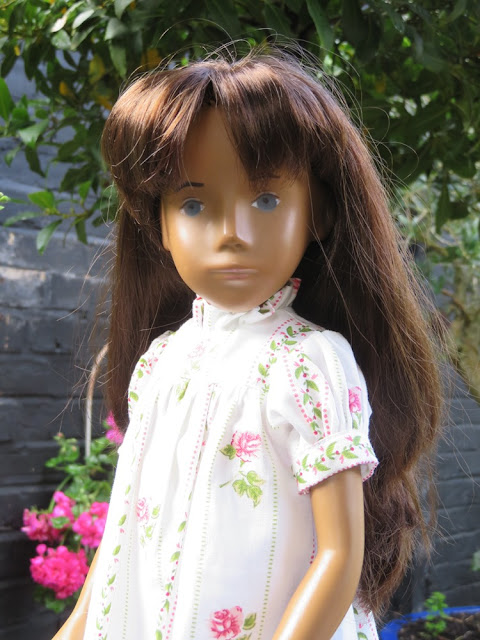 All I have done is change her into an outfit by Ginny of a passion for sasha and added some shoes. 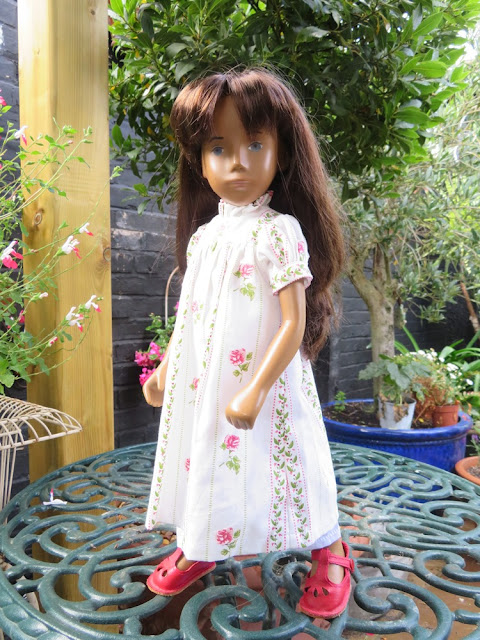 Shoes are by the late Jean Jensen. 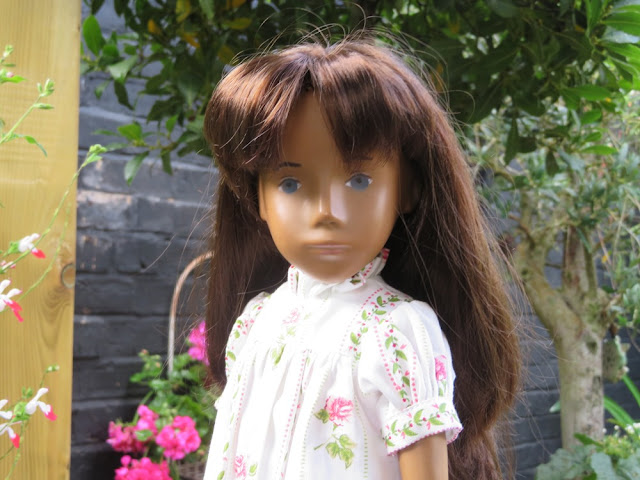 I'm totally smitten ! and I didn't ever think I'd find a full blue eyed brunette especially when I was not even looking.

One of my friend's said to me , she is your retirement doll.. what a wonderful idea, so this is Evie who celebrates my retirement from work and my move into freedom.