Back on the fifth one of the village lads was looking for the black and green striped T-shirt to go with the lime green cords he'd been told to change into. 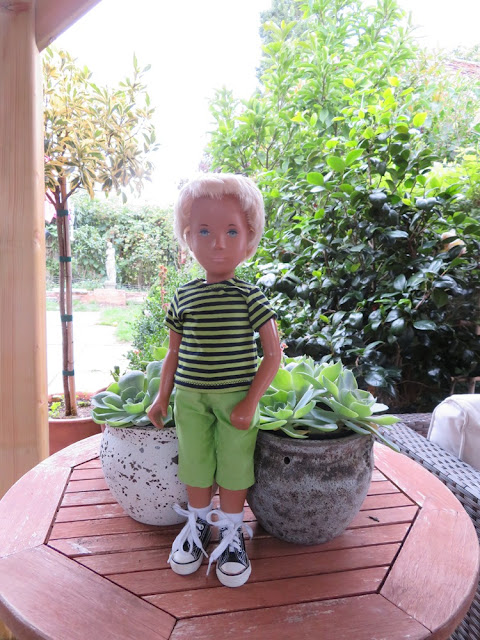 Today he found the T-shirt so was finally able to change out of his scout uniform.
"Percy ! I gave those shorts to Erik and told him to find the t shirt and put them on !" I say 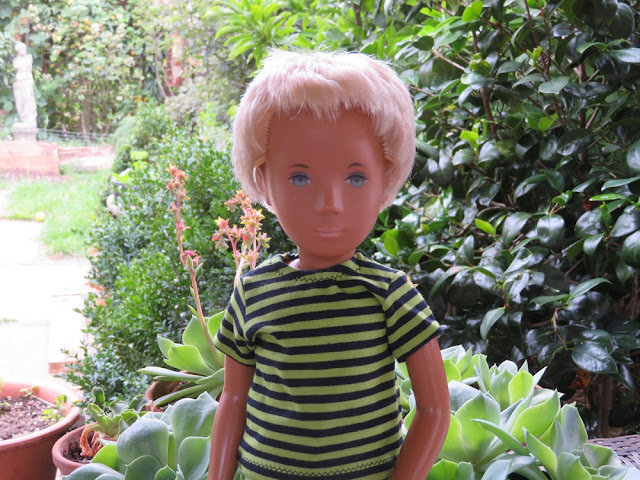 " No you gave them to me and told me to put them on but you did call me Erik at the time!"
" I did ? "
"You did"
"Well you look just like him "
" In that we both have blonde hair and blue eyes !"
"Exactly!"
Percy rolls his eyes sighing " But my hair's been cropped at the front and Erik has the perfect Gregor helmet!"
" Don't call it a helmet"
"Well it looks like one and he's got the , and I quote " dreamy np eyes " unquote "
"Well your eyes are very nice too!"
"Mmm but not dreamy !"
I decide to change the subject " Come on lets go to the rockery for a couple of photos " 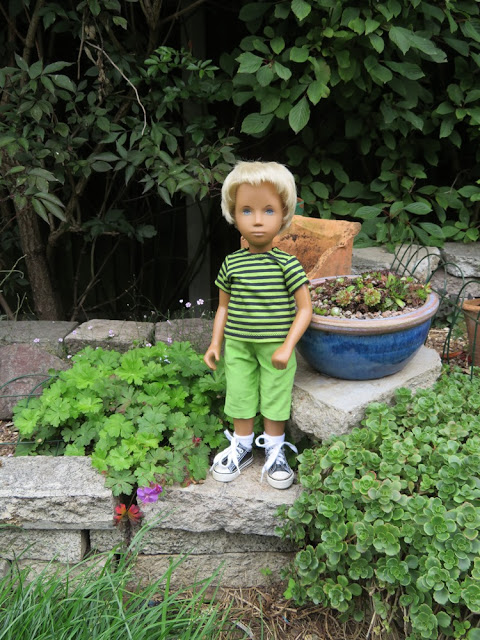 Percy stops winding me up once we are at the rockery and stands patiently for his photos. 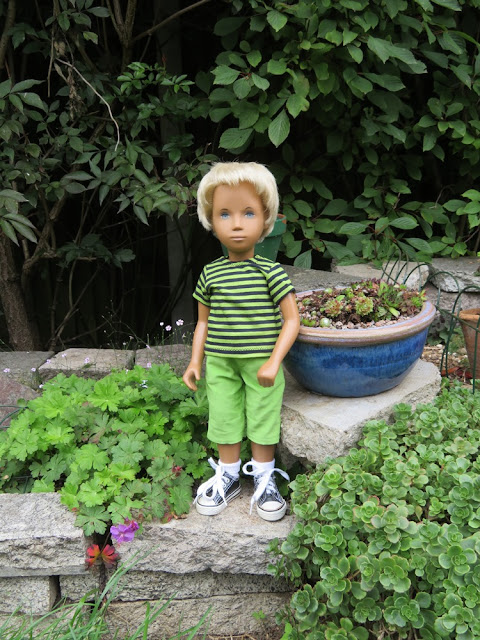 Although he did point out something I'd not noticed, so I took another photo ! 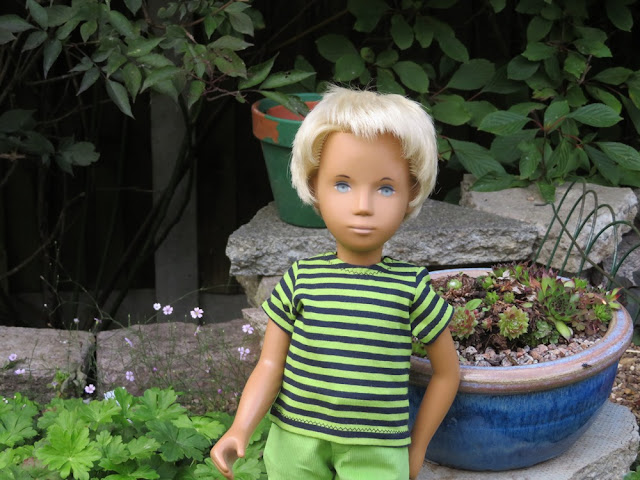 I just had him stay for a couple more. 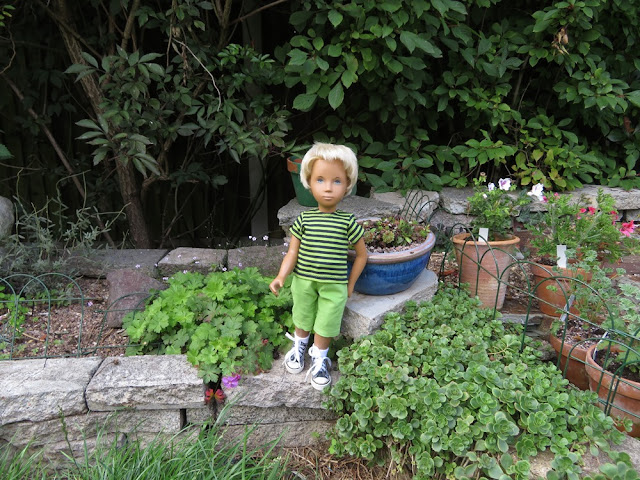 "You look very nice in your new outfit Percy " I say
" Thanks mum " he grins and starts walking towards the house " Almost as dreamy as Erik eh! " laughing he runs to the backdoor and inside..  the tike!


NB Can you tell between the two photos what Percy pointed out to me?