Well that week was a very eventful one! After working from home for about twelve weeks, I went on a zoom call with the manager and area manager, on Monday, where they said it was now fine for people isolating to return to branch. So I would be required to work in branch for rest of the week.

Now since I was about to start a two week holiday and only had three days left to work before it and the branch had been running on the same staff in there for months, I thought they could have waited until I returned from my holiday but there you go! And since my agreement to work another couple of months was on the understanding that I'd only be in branch maybe a day or two a week not four.......so...

But on the home front I have sold lots of lovely Sasha clothes that I was not been using and have made enough to pay for my Sasha  to be sent to me. I paid her adoption fee and for her travel ticket today and she'll hopefully be here soon ! So exciting as I have not had a new Sasha for ages!

I also received another doll which turned out to have one leg slightly longer than the other! So now she'll have to go back and be exchanged! So annoying! She's got such a nice face too and we all know no doll looks exactly the same, so I hope I like her replacement! 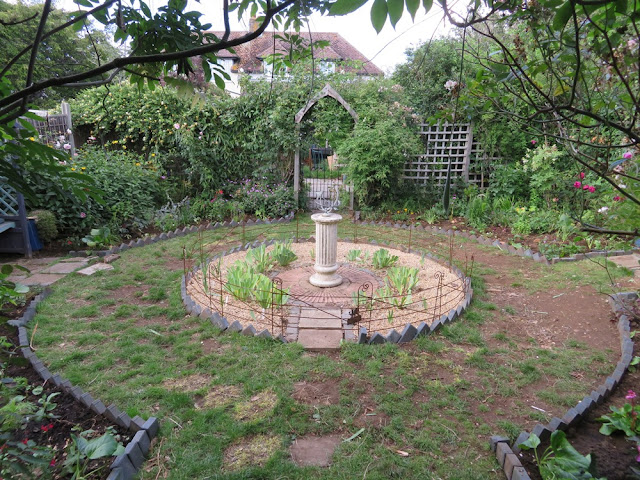 Paul's worked really hard in the flower garden over the weekend, as I had to get my dolls clothes listed as I had told people, I'd be selling again this weekend. So I have been just coming doing a little work, then going off again. But the four borders are now all bigger, planted up and finished. Now we just have to decide whats going to happen with the grass area.

Which between work, the garden and listing and selling dolls clothes left no time for anything else. But hopefully it will all be changing soon.

Have a lovely healthy safe doll filled week ahead.