SUNDAY, SO LETS CATCH UP

The weather this last week's been very much sunshine and showers! But also quite cool especially in the evenings! Just as well I have some crochetting on the go to help keep me warm!

It's been too wet to carry on with the garden , so it's just been the odd half an hour here and there doing some weeding or cutting back etc. This also allows time for discussion and the making of plans etc. 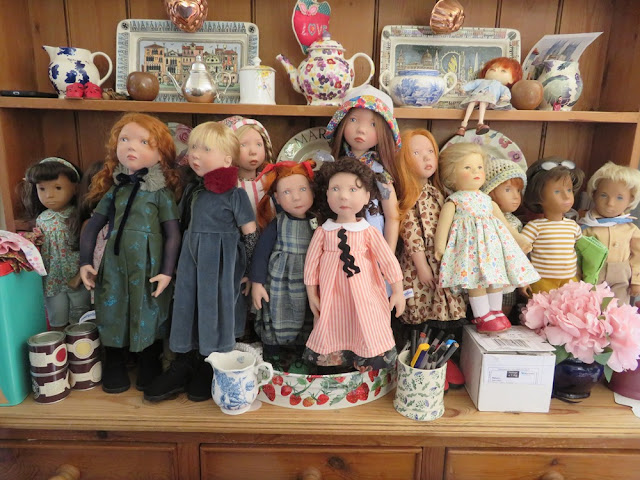 The dresser is getting crowded, so there will need to be a change over the coming week, with some dolls being found a new place to gather while others may come along to be able to watch whats happening in the house. 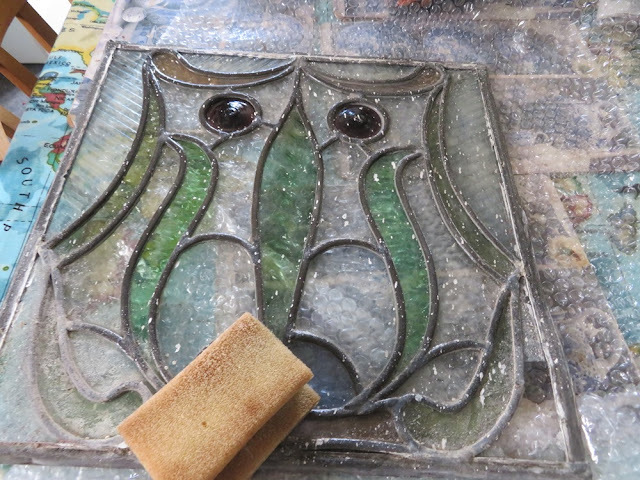 Paul visited his Dad this week , to help his brother take him for an appointment and he returned with this old leaded window pane. It was covered in some sort of white spots, it was from his neighbours house ( they live in a large Victorian property, both his brother and the neighbours ) and they were having an extension on the side and these had been removed and were being thrown out!
I had a go at cleaning it and managed to get most of the white off but it will need another go to remove the rest. 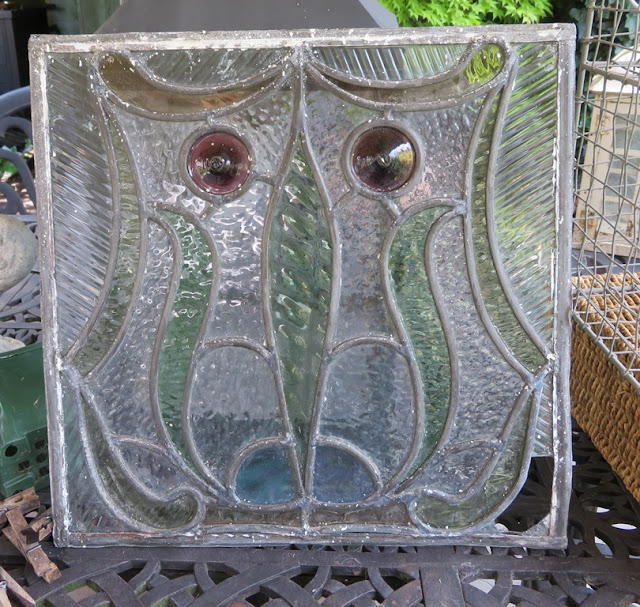 It does have a small break in the corner but Paul can easily fix that. We think it looks like an owl!
The world does work in a mysterious way , as I had spoken to Paul recently about making a small house in the garden for Clara and her sibling. When I'd been explaining to Paul what I wanted, I'd said I want it to have old stain glass panels for the windows ! because it will only get limited use, so I wanted it to be decorative as well as functional and here is a window just perfect for it. It's even given me the name , Owl Cottage !

On the doll front , I received the doll I bought with my birthday money, a Zwergnase doll which I bought from a lovely lady in Latvia ,as this was a limited edition that had been sold out in UK for a good while. Her name is Luna-Soley but I will call her Luna and she arrived in six days! 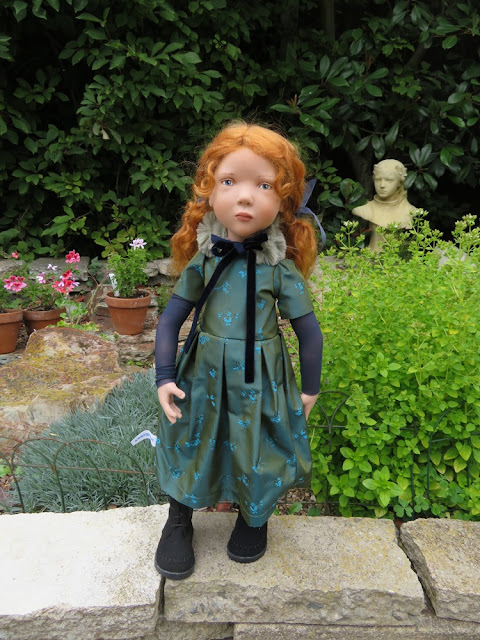 I'm very happy to have been able to get this girl and so pleased she appeared on my birthday when I actually had some money just waiting to be spent!

This weeks been a bit of a roller coaster week with work and one thing and another. But I have sold another doll , which is nice and must now look again at what others can leave the village nest!
Because among other things, it would appear that despite the odd low this week someone out there decided that they'd give me a high!

There are very few Sasha's that I want, most I have been lucky enough to own at one time or another but there is still the odd one, that although I've not been looking for , I would love to add to my Sasha family and so it was that one such Sasha appeared on the bazaar this week!
I'll say no more apart from I will be selling more dolls towards her adoption fee because I'd already spent my birthday money and luckily for me the current owner is happy to give me time to gather the funds.

You'll understand why once she arrives by the end of this month , or sooner depending on sales. I also must reduce the amount of doll clothing I have! I have so much especially for the girls but whenever I dress one so I can sell the clothes, I think oh thats so nice and it goes back in the box, sometimes it's best not to dress them but they do look better if you can see clothes on a doll. 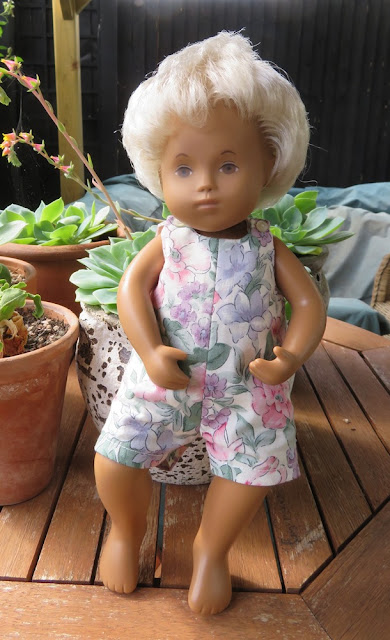 So poor old Rosie here is looking for a new home, along with lots of other dolls and bits and pieces, I'm listing on my sales page, the bazaar for sasha related items and then tonight ebay. I decide that my babies get no attention, so will only be keeping Elton Ron and selling almost everything else on the baby front.

On that note I'm off to carry on finding items taking photos and listing them, it's suprising just how long all this takes!

Have a great healthy week ahead.