It's been a another very busy day at Fortuna's Village store and it's nearly closing time. The sky's darkened and the temperature is dropping , Bruno is minding the shop while Granny goes to chase up some more stock and Sophia is checking on Mini in the shed.

Bruno was just searching down behind the counter to see if they need more paper bags or wrapping paper. When he straighten's back up someone's in the shop, but he didn't hear the door ! 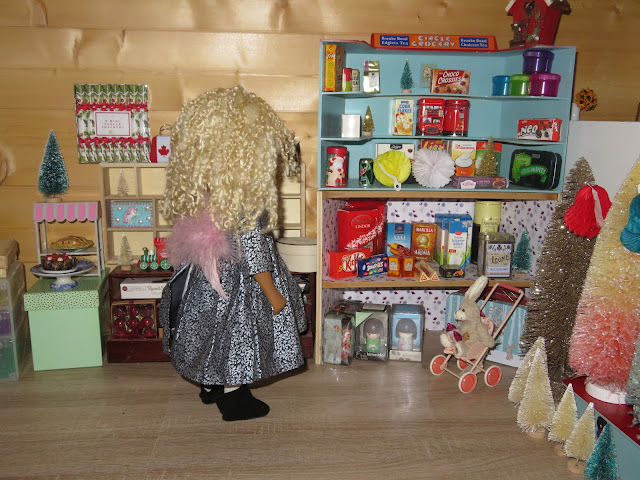 He doesn't recognise the customer, well not from the back ! She seems to glow ! He wonders if he's getting a cold as it's also feeling quite warm all of a sudden. 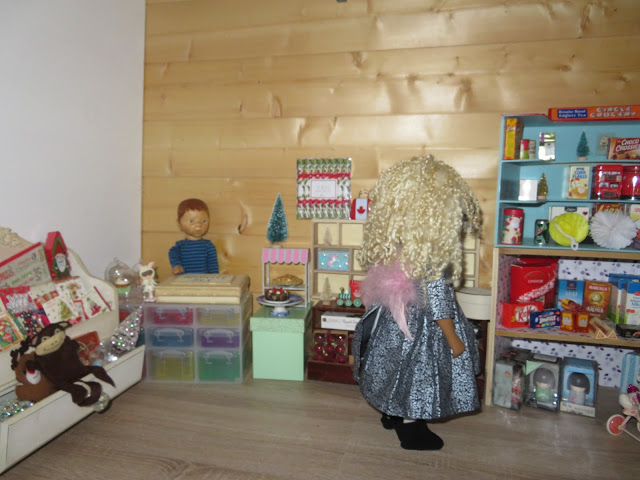 He's unable to look away and notices that she appears to be wearing pink wings ! How odd !. 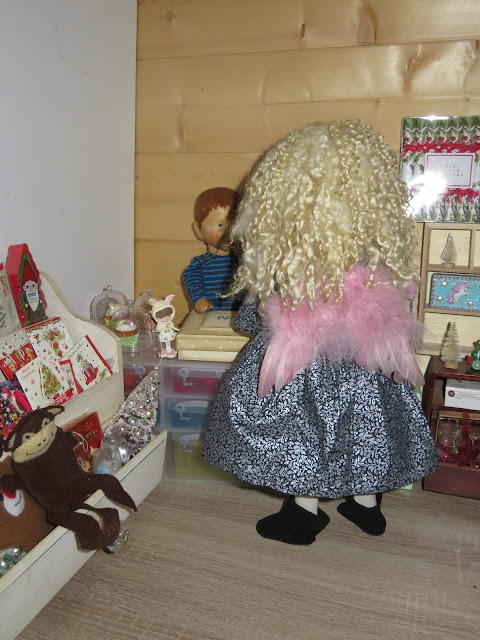 When she turns and approaches the counter Bruno sighs as he sees her face and starts to blush.

She asks for a decoration with a bell on it? Bruno points to the card stand , where some pretty decorations with a large bell on the end are displayed. She selects one, smiles which makes Bruno totally lose the ability to speak.

He's sure her mouth doesn't move but he hears the sweetest voice say " Every time a bell rings an angel gets their wings " before she places money on the counter and turns away. 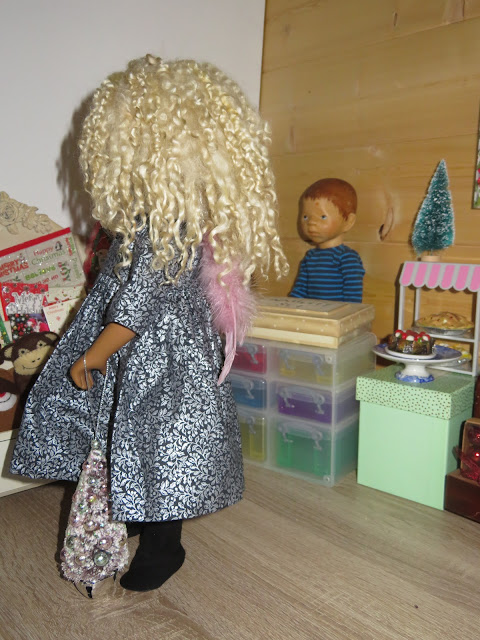 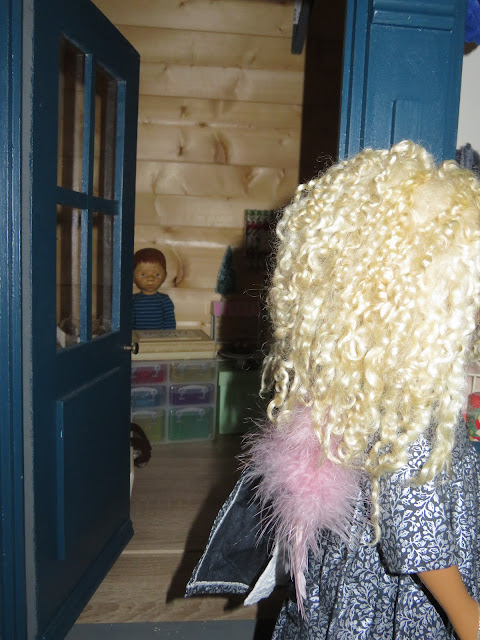 Bruno watches as she leaves the shop ,which suddenly feels cold, just like after the sun's gone in! 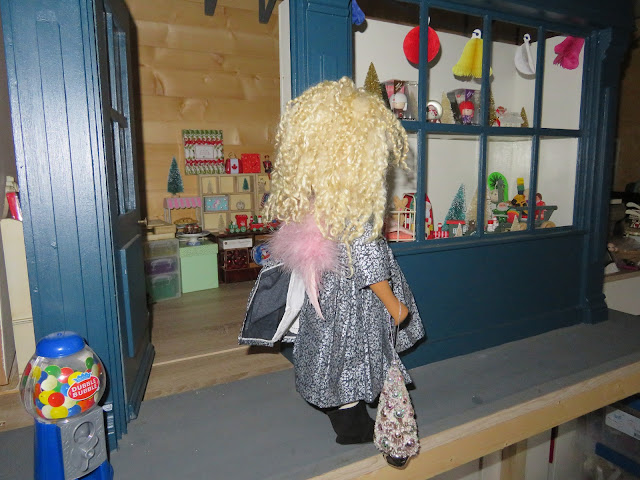 Outside although it's late afternoon, it's as bright as mid morning ! 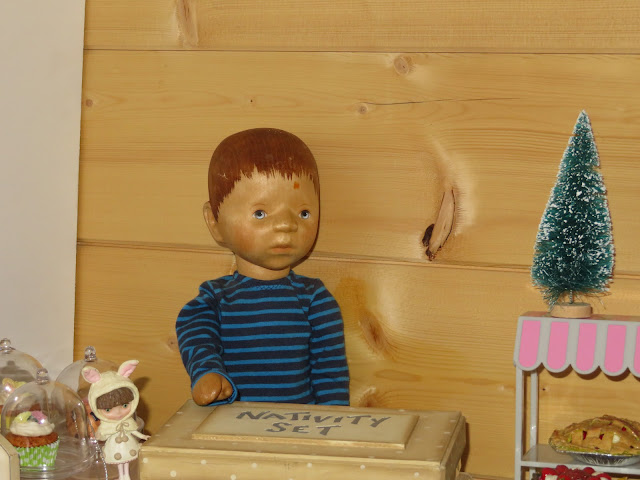 A thought pings into Bruno's head .. She's an Angel ! 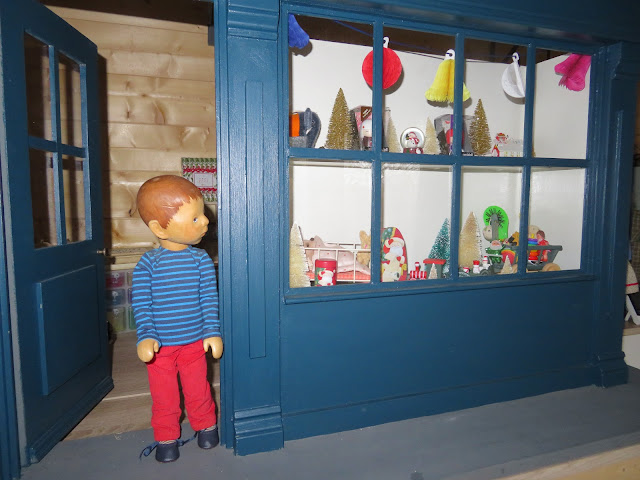 He leaps over the counter and rushes to the door , looking the way he's sure she went.....     the street is empty ! She couldn't have disappeared that quick 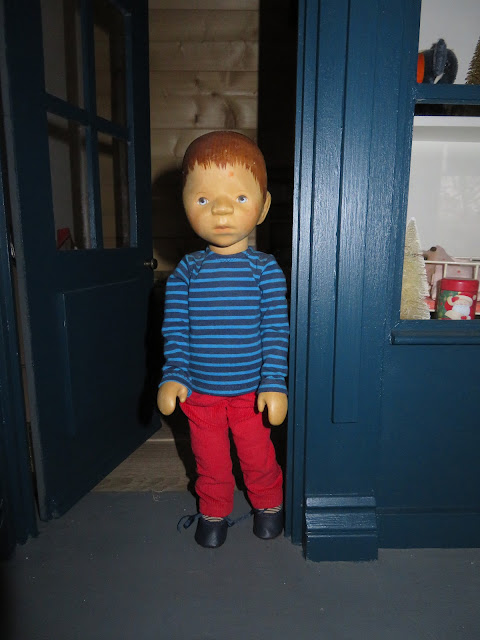