Yesterday I had the opportunity to go to a small meeting of Sasha  people over in Surrey. It was held by Judith who was restricted in numbers by the hall insurance. There had been about 40 due to attend but a few fell by the wayside, so in the end there was about 20/25.

Hattie had been requested to take some of her Hat's, which was why she was sorting them the other day. 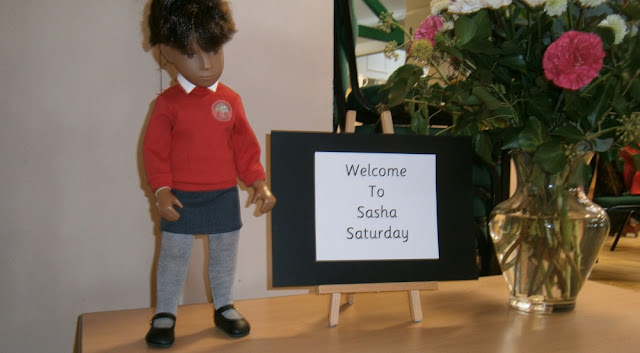 This young lady of Judith's greeted us at the door. 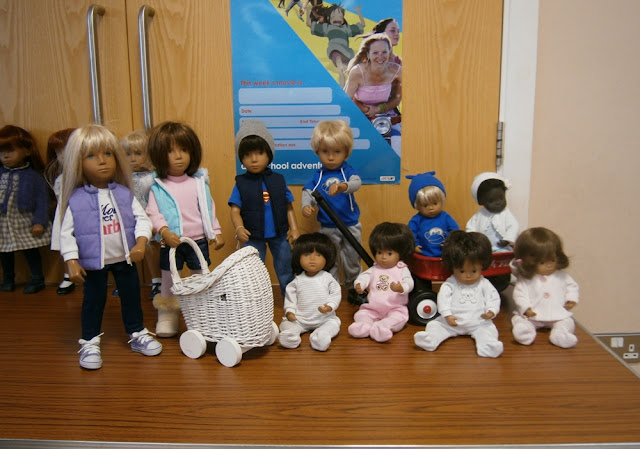 There were tables to put your Sasha's on to display them for others to admire! These are Judith's brood. 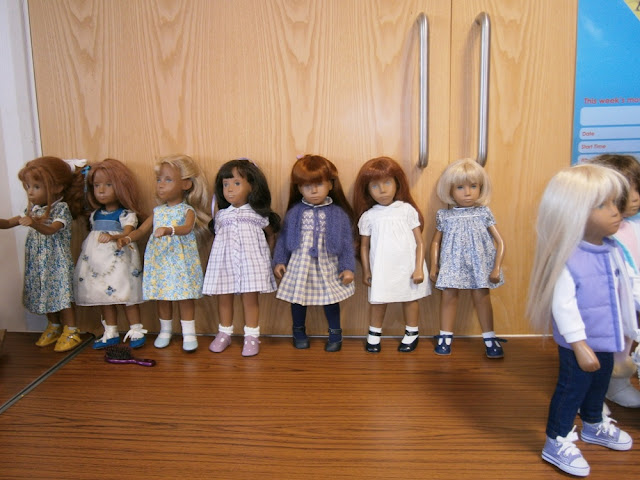 I loved the short hair on the waif on the right owned by Jane and also the outfit on the Angela in the centre. 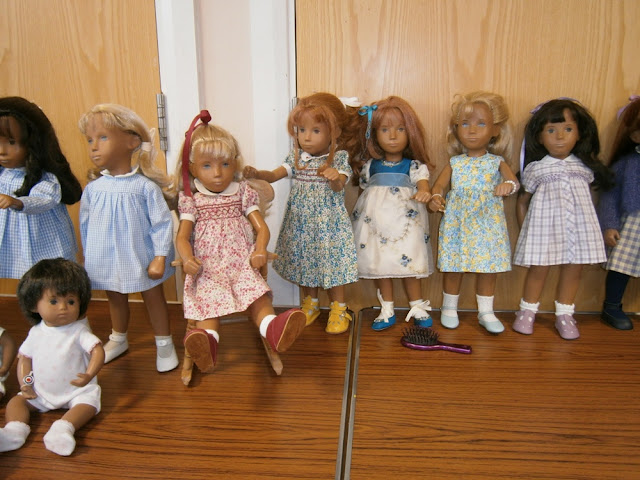 Sarah Price had bought some of her NP girl's , I was hoping one might like to come home with me but they all said they were happy living with Sarah. 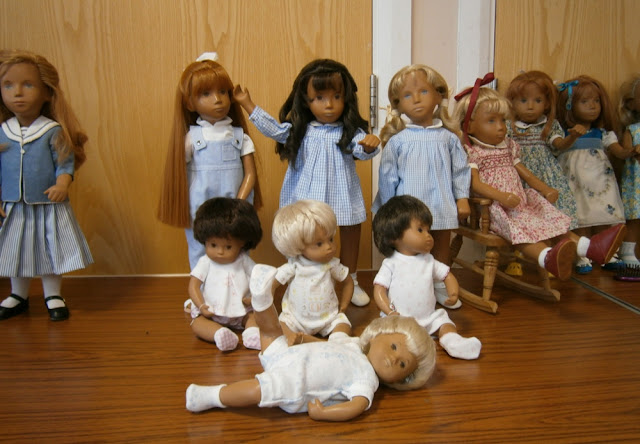 Some more Babies and Np's love the re root red and also the Harlequin in the left hand corner whose had her hair dyed a strawberry blonde/light red. 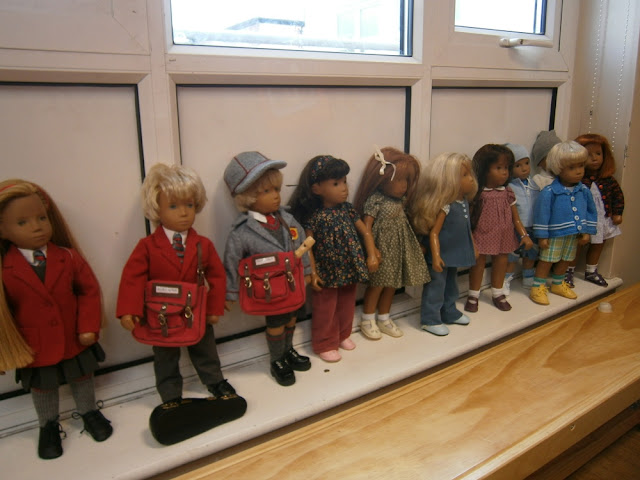 Although Gill and myself had been the 2nd and 3rd to arrive we put our Sasha's on the ledge were they spent all their time gossiping ! Gill's are the three who came straight from school and mine the following three. 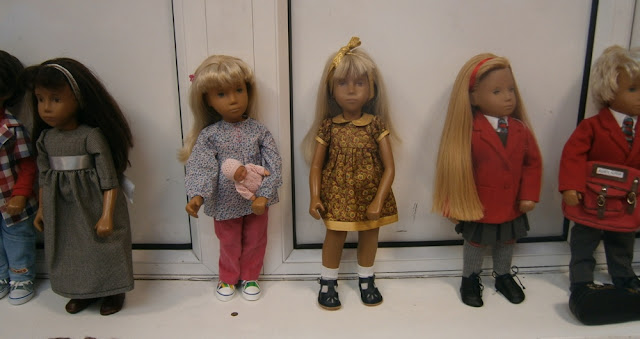 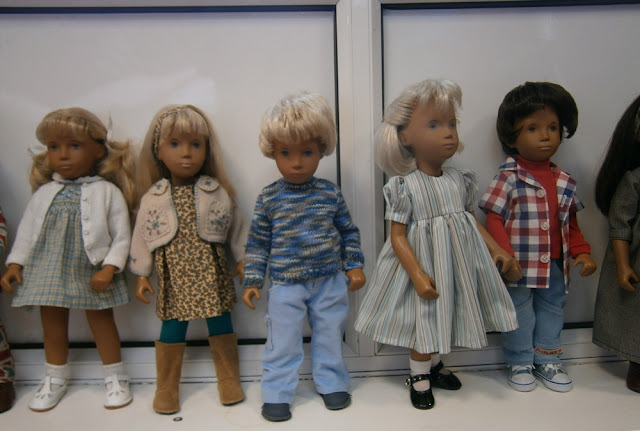 Steve's Sasha on left and Michelle's Sasha and Gregor on the right. 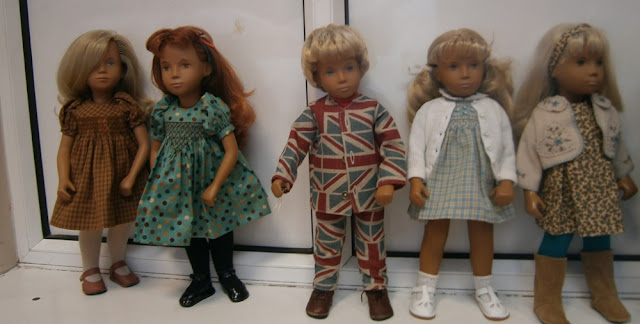 Ronnie's girls on the left and Steve's two in the middle.

Just loved this boy of Steve's with the Np painted eyes in this Great very
60's outfit. Could just see him strolling down the Kings road or Carnaby Street ! 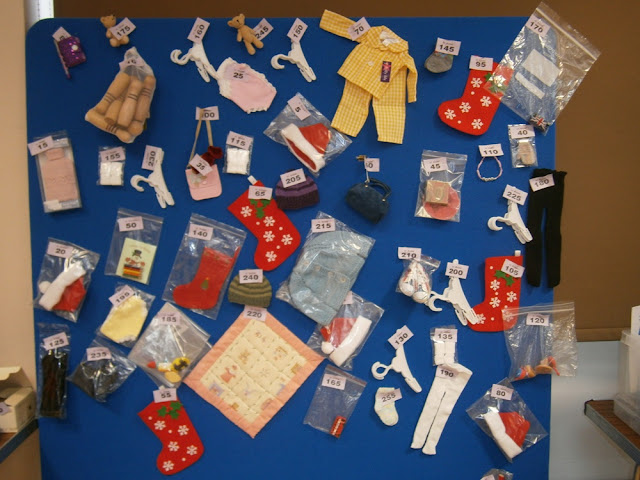 People donated to a Tombola stall, shown above and a raffle.

There were some sales tables. 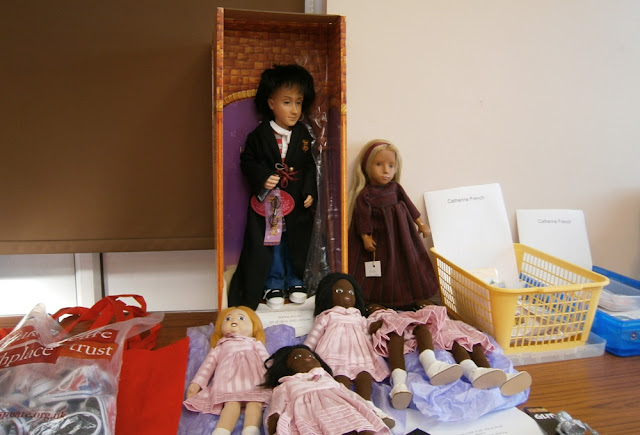 A few sasha's and a few Non Sasha's for sale! 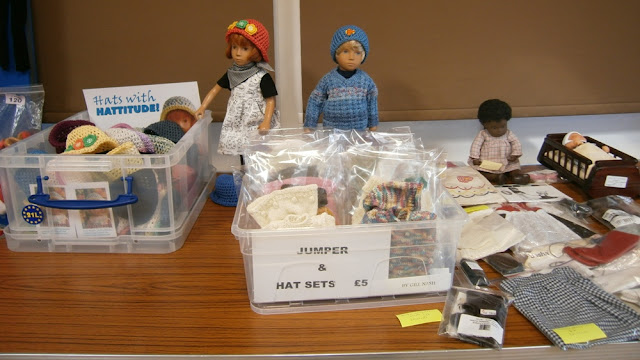 Hattie selling her hat's with Gill's sweater sets to the side.

Everyone had a good chat, donated food for Lunch, saw how to make a felt hat or watch film about dolls and had a purchase or two and also raised some money for Charity. So a very good event! There was talk of holding a weekend event next year in a more central part of the country. I will keep you all informed!
Posted by Dee at Sunday, October 14, 2012