the winners of the Where's Mossy Competition ... 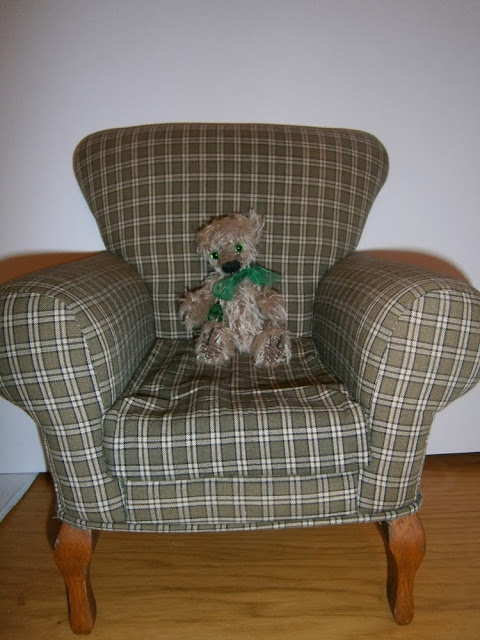 " Mossy Sit down and tell the people who won the competition please "
" But Mrs Mum I could still hide in the photo's so people can find me !"
" Mossy the competitions finished, so there will be no more hiding everywhere !"
" But I .."
"No "
"But ! "
" Enough Mossy please say the announcement "
" Oh all right .. " sigh... 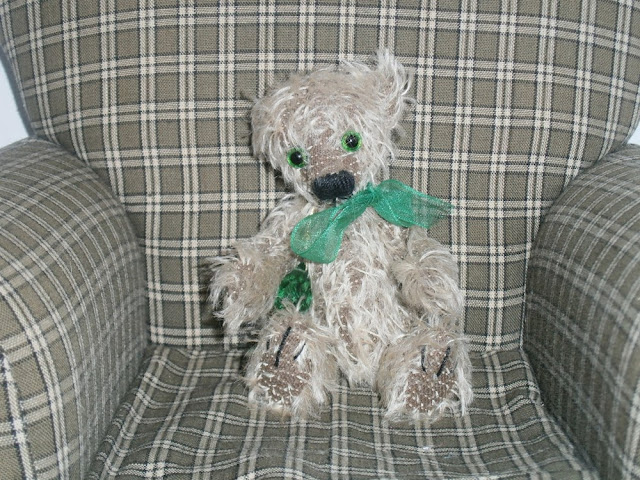 " Hello It's your most favourite bear in the Village " he smiles " well in the whole wide world really "
" Mossy " says Mrs Mum
" Yes!" enquires Mossy
" Stop blowing your own trumpet and get a move on "
Mossy looks confused for a moment then grins " I can play the trumpet ? Well I never knew that !" he looks
at Mrs Mum " Can I have a trumpet ?"
" NO " says Mrs Mum looking at the ceiling! " get a move on or I'll ask Edward to announce the winners!"
Mossy gives Mrs Mum a steely eyed stare then addresses the camera. 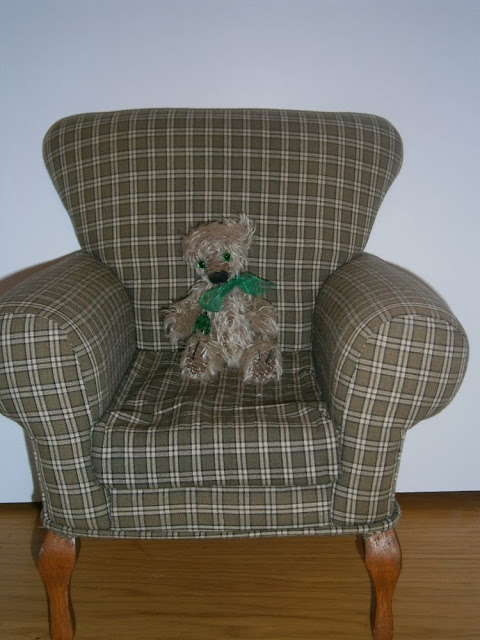 " It is with much joy that I announce that the winner of the junior Where the delightfully handsome Mr Mossy  competition is ... " he looks at Mrs Mum " If I had a trumpet I could blow it before announcing the winner !"
Mrs Mum Looks towards the door saying  " I'll just get Edward "
Mossy quickly carries on talking " the winner is my number one fan Lora!!" he claps loudly making whooping noises until Mrs Mum gives him the Glare!! 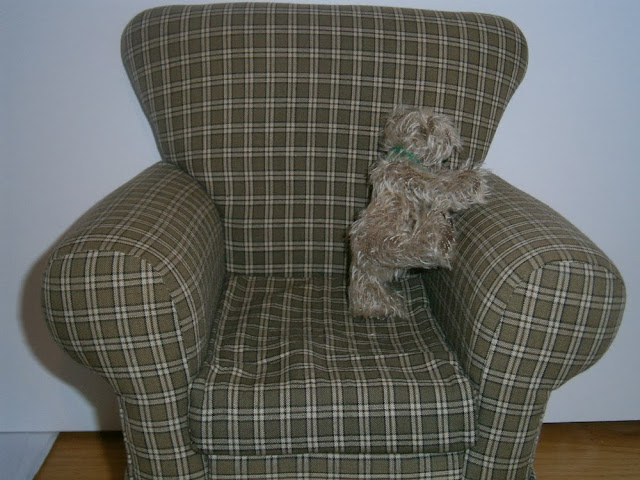 He gets up and starts to climb on the arm of the chair " Where are you off to!" calls Mrs Mum
" To get the honey sandwich  you promised if I sat still and told the winner who they are!"
" But you have not finished yet ! There's the winner of the Adult Where's Mossy comp." 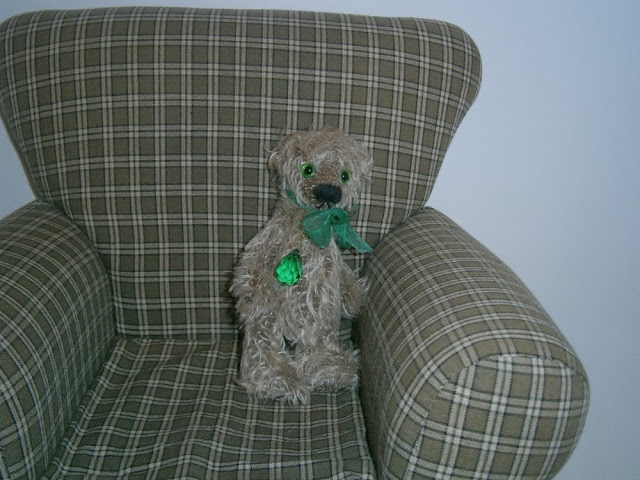 " Oh so there is " says Mossy getting back down " Yes now who was it again? " Mrs Mum just looks at him
" Mm she was like an eagle and did not miss a trick and even noticed when I only had a teeny tiny paw peeking from behind a pot .....what was her name ? " he asks Mrs Mum , who gives him another glare
" Oh I remember now it's ...mumble mumble rhubarb custard toffee apple pie mumble mumble "
Mrs Mum starts to put down her camera so Mossy stops mumbling and says quickly  " it's Mrs Kendal of the Sasha Brood , her prize will be sent next week " he looks at Mrs Mum " Can I have my honey sandwich now !
" Yes "

I would like to thank all who took part in the Where's Mossy competition, it was at times a very close run thing but Kendal was in the end well ahead of the field for the adults.

Mossy sent Lora's prize off before Christmas and she sent some photo's of her Sasha's enjoying their winnings. 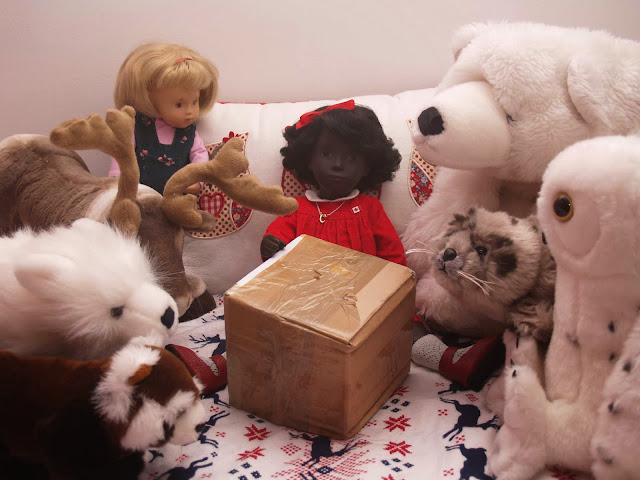 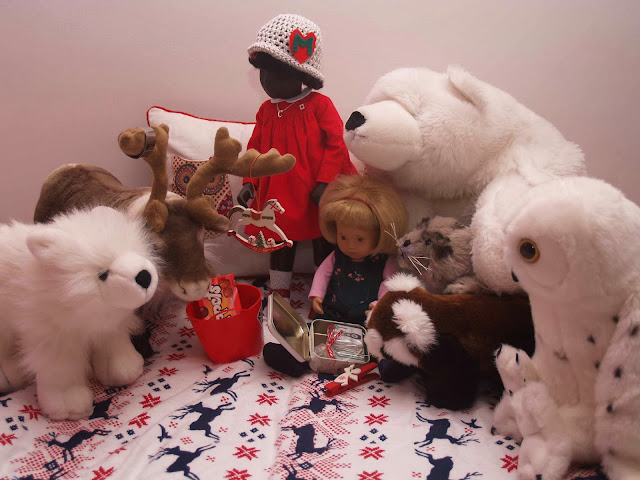 Lonely helps see what's inside while Cora adds a Mossy badge to their new Hattie hat.