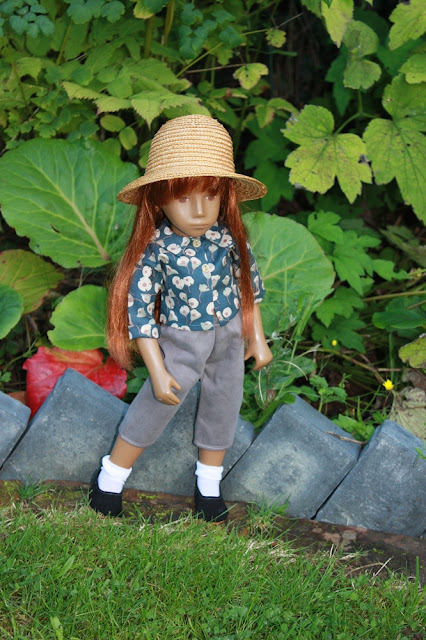 Well ok not Audrey but Ginny! 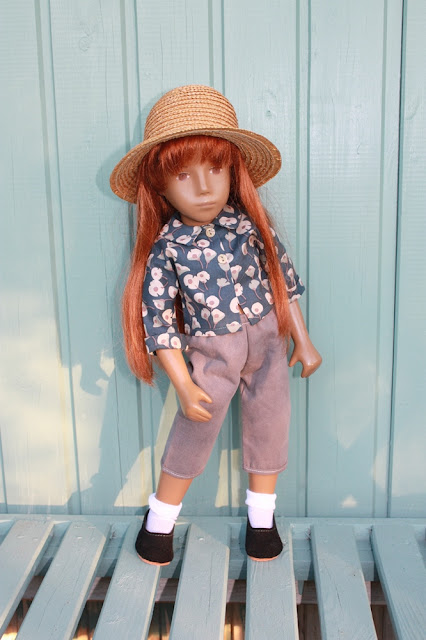 Ginny's seen some photo's on the internet of a lady called Audrey and she thinks she's lovely and very stylish, so wants to be just like her. 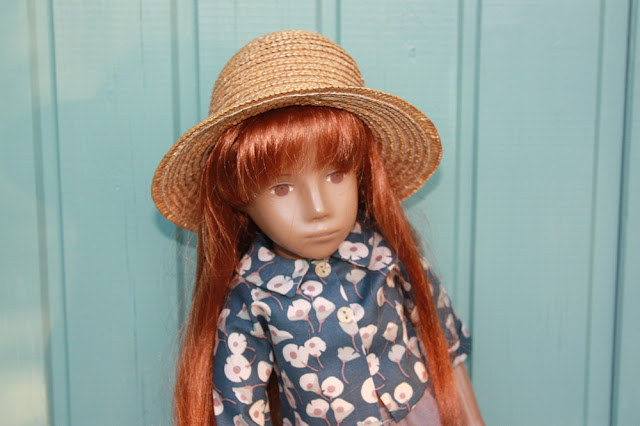 She even asked if she could have her hair cut into a very short pixie style! I explained that if she did that she's not be our Ginny any more !
Ginny thought about that for a while and then she'd like to still be our Ginny but with Audrey's style... 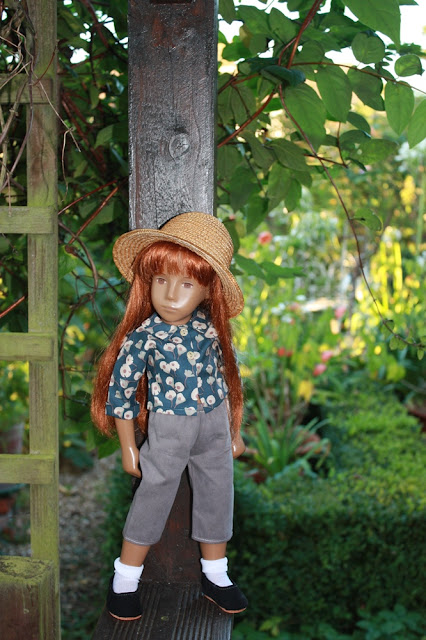 So I suggested a photo shoot and Ginny agreed!Normally she's very shy and only like to be in photo's with her sisters or brothers. 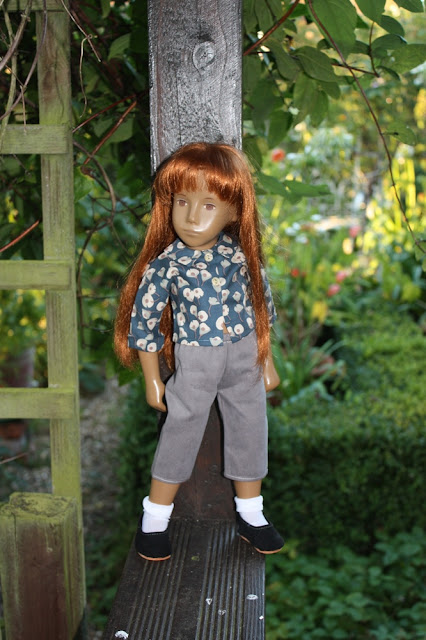 "Take some without the hat Mum !" says Ginny 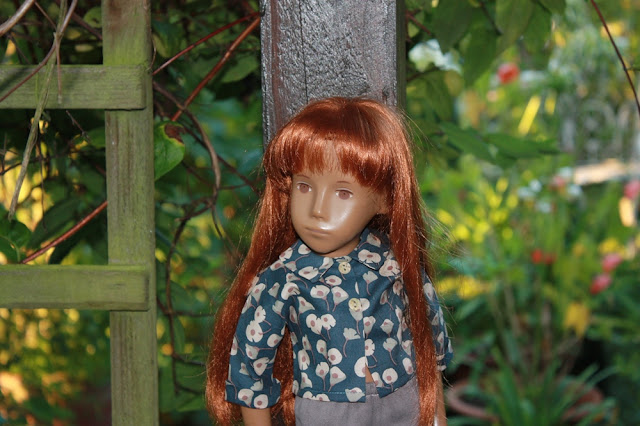 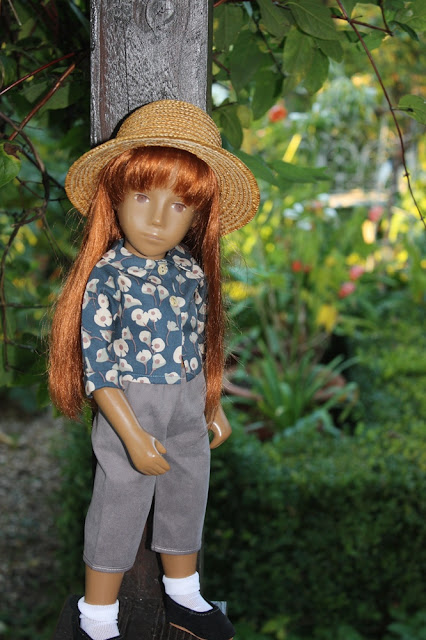 "Where did you find the hat Ginny? "
"It's the one you bought off Auntie Brenda at the Chat n Snap last year " 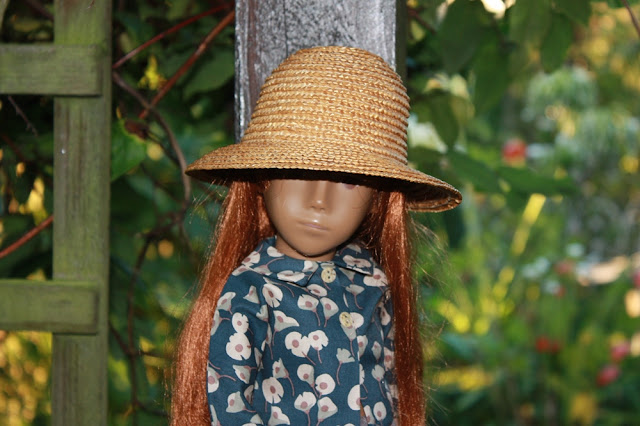 " I cannot see your face!" I say when Ginny pulls the hat down at the front. 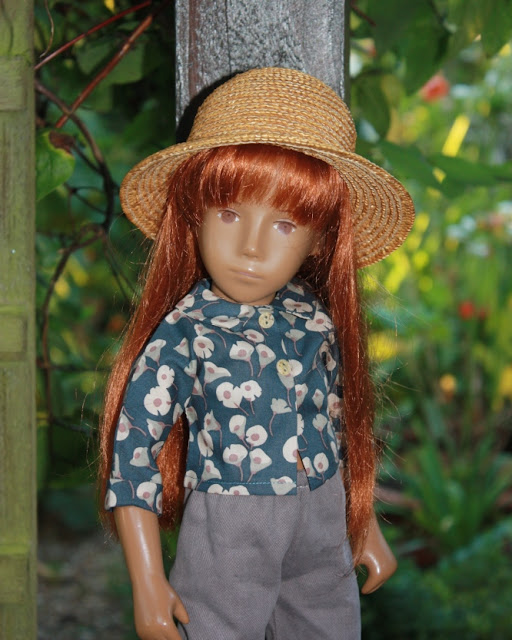 "That's better " I say when she moves it back. 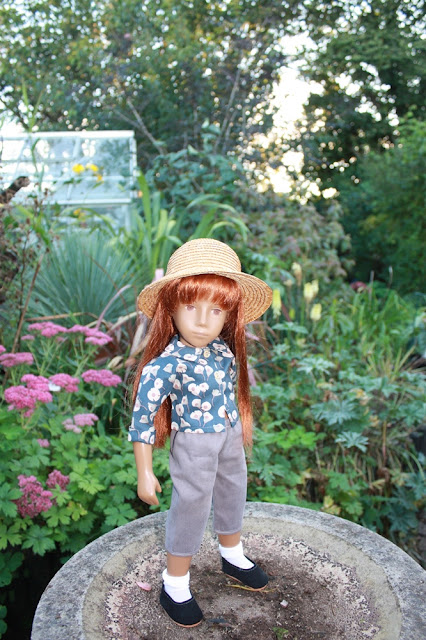 We change places in the garden 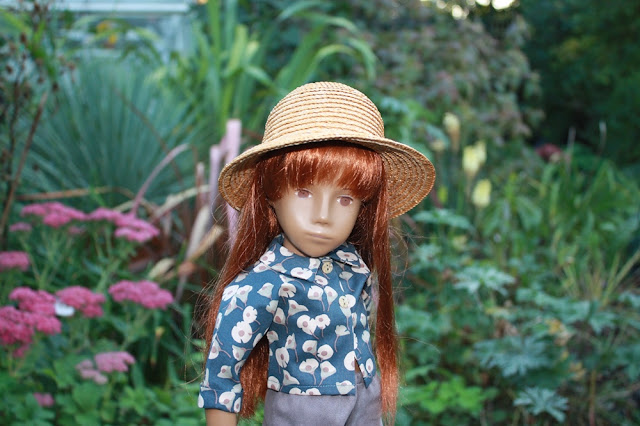 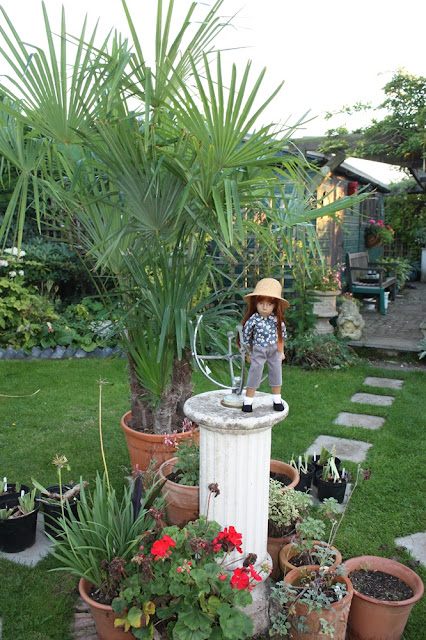 Another new place ! " Make sure you get Dad's new plant in !" Ginny tells me. 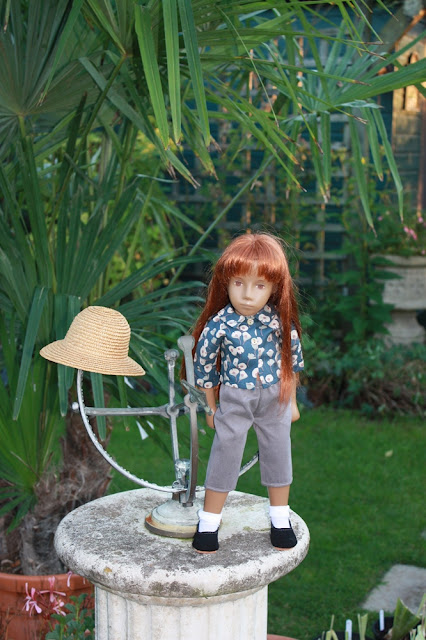 "Look Mum ! The sundial's wearing my hat!" she giggles. 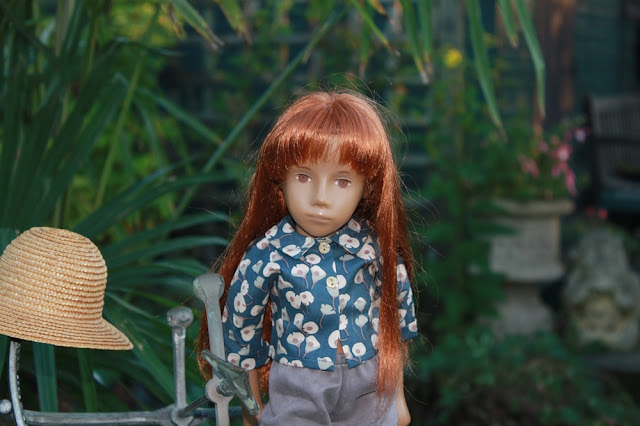 "Well Ginny, you have been very good , what would you like as a treat ? "
She thinks for a while.. " Maybe a black short wig? " she says hopefully
" I was thinking more along the lines of a glass of milk and a penguin biscuit ! "
Ginny smiles shyly " Well I'd like that too"
Smiling we go indoors in search of some milk and biscuits...

Hope you enjoyed this change to the Sunday catch up, I am now having to start doing things for the coming Chat n Snap, so the Sunday Catch will have to go o hold for  a while!