February already! Which is the last winter month, so they say and here in the UK it looks like we are about to get some more winter weather!
The temperature's dropped quite a bit over the last two days and now they are talking the S word!!

Yesterday the 1st, while travelling home from work I got a great view of the extra large moon which was a beautiful golden amber colour! Alas I had to take  quick glances at it because I was actually driving out of a village and into the country lanes but as I drove up in the lanes ,the fields on my right allowed me a good view of the moon, which appeared quite close to the ground ! Because I'd just driven into the lanes following and being followed by other cars I was unable to stop to take some photos and I'd have only had my phone on me, so how good they would have been I don't know. 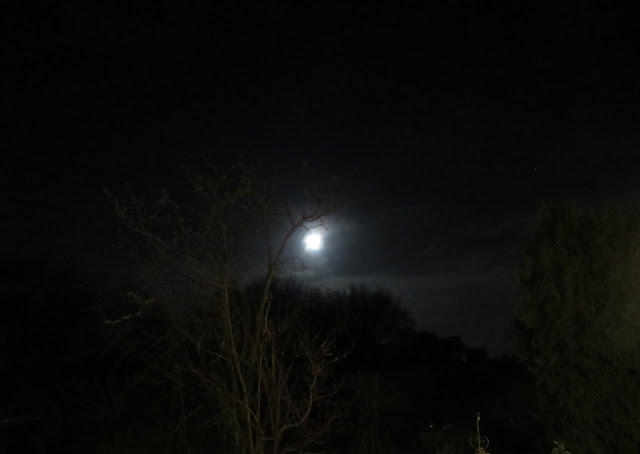 I did take this photo later in the evening and although the moon is now showing it's usual colour, I quite like the way the branches of the tree curve up and above the moon. 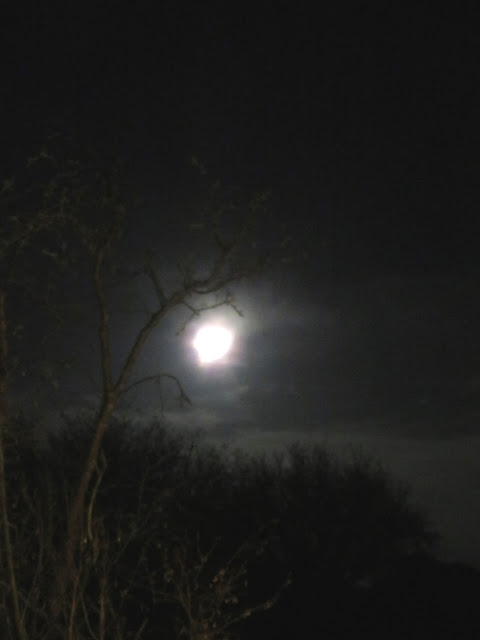 Taking or I should say trying to take these photo recently of the moon or the night sky has made me want to look into what I would need to do to be able to get much better clearer photos. Something else to add to my things to do!

Well now it's February I need to get Granny out that bed before she starts getting to like it!